Adam O'Connell
No Comments on Cocktail of the Week: Leche de Panthera

Adding some tropical vibrancy to banish those January blues, our Cocktail of the Week is a twist on the Piña Colada from a certain recently opened Brazilian-fusion restaurant and bar…

Everybody’s had a bad Piña Colada. A fluffy, fruity frozen serve with festive paper parasols always sounds appealing in the summer months, in that garden bar or by the pool on holiday. Until you get a drink that’s borderline radioactive with chemicals and artificial sweeteners coupled with an oppressive amount of ice that means you end up feeling like you’re imbibing a colourful watery syrup.

But for Edoardo Casarotto, head of bars at Amazónico, a Piña Colada-style drink on the menu was a must. “We are a South American restaurant and I wanted to make a twist on South American classic drinks. The Piña Colada is one of the most iconic,” he says. “I love the flavour of coconut and the pineapple, but I wanted to make it a little bit more elegant so less creamy and less heavy”.  Some of you may know of a classic drink made with milk in Spain called ‘Leche de Pantera’, (milk of the panther, which is such a kickass name), a popular cocktail in Spain since the seventies predominantly made with milk, white spirit (gin or rum commonly) and cinnamon. It also served as an inspiration to Casarotto, who explained that the key to making his drink was “To create a combination of two classic drinks and make it a little bit more elegant while still retaining the intense flavour”. This is not a faithful recreation, folks. We’re experimenting today. 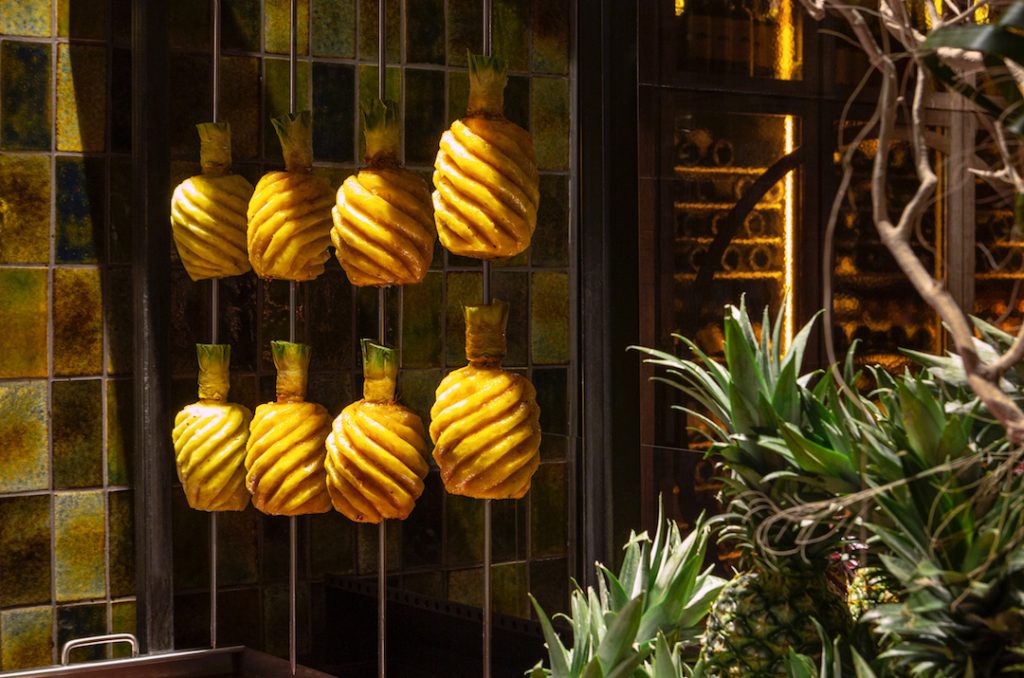 At the beautiful Amazónico in London, where they really do love all things pineapple

As we learned in our review of Amazónico, Casarotto’s style is to make sensational drinks with the simplest ingredients possible. At the base of his cocktail is a mix of vodka, sherry, Agricole rum, lime juice and white chocolate liqueur. The star turn is the homemade spiced pineapple syrup, which he created in order to achieve that lighter and approachable style. “We use fresh pineapple which we cook with spices like star anise, cloves, cinnamon as well as coconut water,” Casarotto explains. A dash of turmeric powder is added for aesthetic, as is the dyed green coconut powder that serves as a garnish. The result is a finished cocktail that looks like a real pineapple.

Especially in that glass. You’ll be hard-pressed to find a more striking glass than the one Leche de Panthera is served in.  The bespoke glassware was made to order Hundred Percent Barman and even requires a special gun in order to clean it properly. Casarotto says it’s having the desired effect: people see the glass and they want the drink. “It’s doing very well, to be honest, it’s one of the best sellers. When they see the drink on the table or on the bar, they want to know what it is, they want me to describe the drink. It’s very ‘Instagramable’,” he explains, laughing. “A lot of people love to take pictures of this drink, but it’s good to know that they are also getting a great drink inside the great glass”. 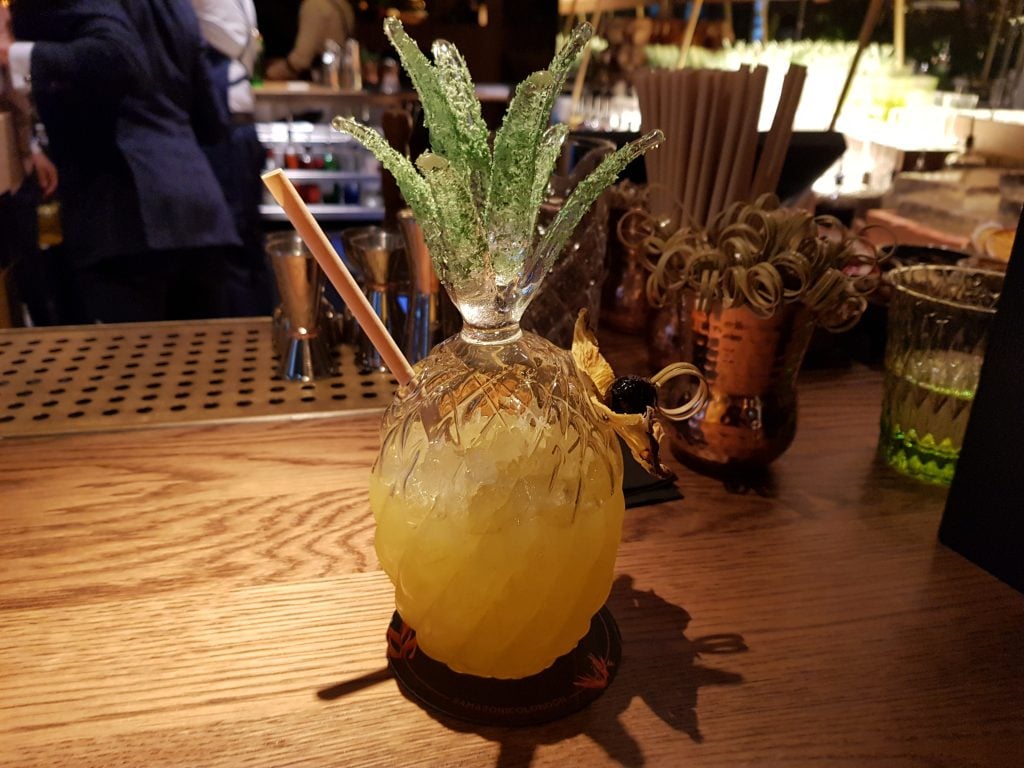 The Leche de Panthera is absolutely delicious. The balance of sour and sweet flavours is spot on and it avoids all the pitfalls of a poorly-made Piña Colada. It’s refined, it’s fruity and it’s going to wow company even without the signature glass.

Stir all the ingredients in a shaker with lots of ice for a minute or so. Strain into a chilled bespoke, made-to-order glass and add a dash of turmeric powder. Then garnish with a dehydrated pineapple slice and a maraschino cherry, then sprinkle some coconut powder (dyed green, of course) on the glass leaves of your pineapple. Or, you could just use a Poco Grande glass, a regular pineapple wedge and rim the glass with your coconut powder. Whatever works for you.

How the iStill is revolutionising distillation

The winner of our Starward competition is...