We’re back in the swing of indoor drinking again so it’s time for the return of our Classic Bars series. Today, we’re looking at Quaglino’s in Mayfair, haunt of royalty of all sorts.

When we kickstarted our Classic Bars series back in September 2020, the future looked bright – until a month later, when our beloved watering holes were closed once more, that is. So when the opportunity came up to not only go to a bar (inside, no less), but to visit the one and only Quaglino’s, we jumped at the chance.

Quaglino’s comes with a lot of expectation. Famous clientele has previously included not just pop royalty such as Sir Elton John, George Michael, and Kanye West, but actual royalty – yes, the royal family. In fact, in 1956 it became the first public restaurant to be visited by a reigning monarch, when the Queen and Prince Philip paid a visit.

It’s not just a top-notch cocktail bar, but a restaurant, too, founded in 1929 by Giovanni Quaglino (a talented restaurateur from Italy, in case you hadn’t guessed) – though the motivation to open the bar was actually born out of spite. 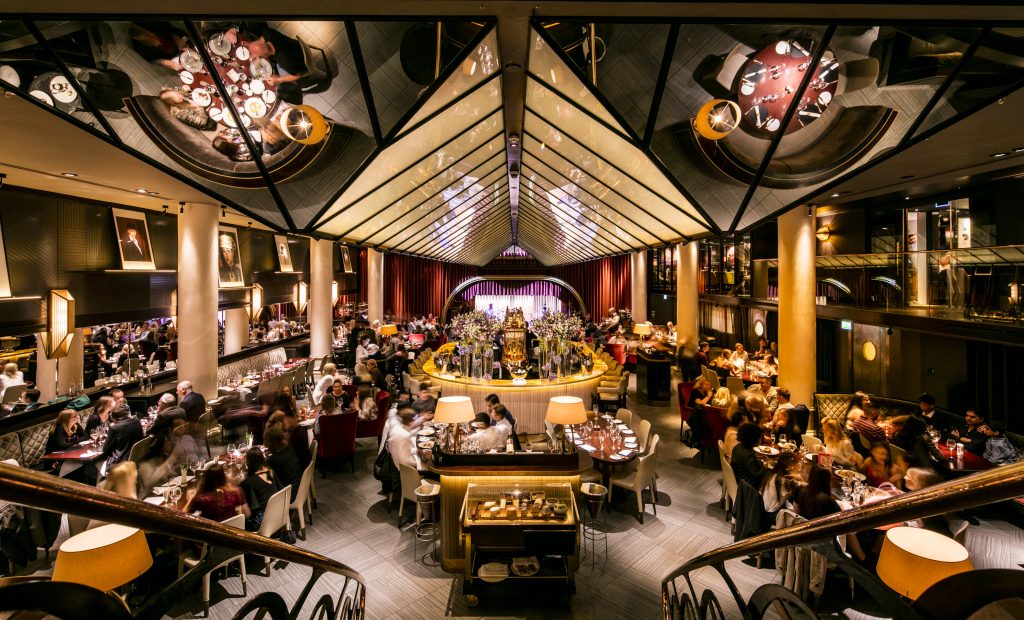 The view from the grand, famed Quag’s staircase

Quaglino followed his colleague and friend Giovanni (clearly a popular name at the time for Italians) Sovrani from The Savoy to work at Sovrani’s own newly-opened restaurant. Things turned sour, however, when Sovrani started getting a bit too close to his friend’s wife. As stated the Quaglino’s website recalls: “Quaglino returned the favour by moving on and taking charge of the restaurant at the St James’s Palace Hotel, just around the corner in Bury Street, and competing for Sovrani’s customers.”

Long story short, Quaglino won this feud through talent, charisma, and delicious cocktails. From the 1930s up until it was sold in the 1960s, it was where you’d find London’s high society drinking and dancing the night away. It was affectionately known as “Quag’s”, a nickname that prevails to this day (though we wonder how often you’d have to visit for that to become necessary…). Vogue magazine wrote in 1936: “To have a famous maître d’hôtel greet you respectfully by your surname, to greet him in turn familiarly is a strong tonic for your ego”.

Quaglino stepped back from his restaurant after World War II, and in the 1960s it was sold – this didn’t bode well for the bar and restaurant, as it eventually closed in 1977. In 1993, it was bought by the late, great Sir Terence Conran and reopened after 16 years of silence, “aiming to revive the spirit of the original”. The relaunch gave it a new lease of life, decked out with temptingly stealable, trophy-like ash trays, and even ‘cigarette girls’ (though the indoor smoking ban of 2007 put an end to that). 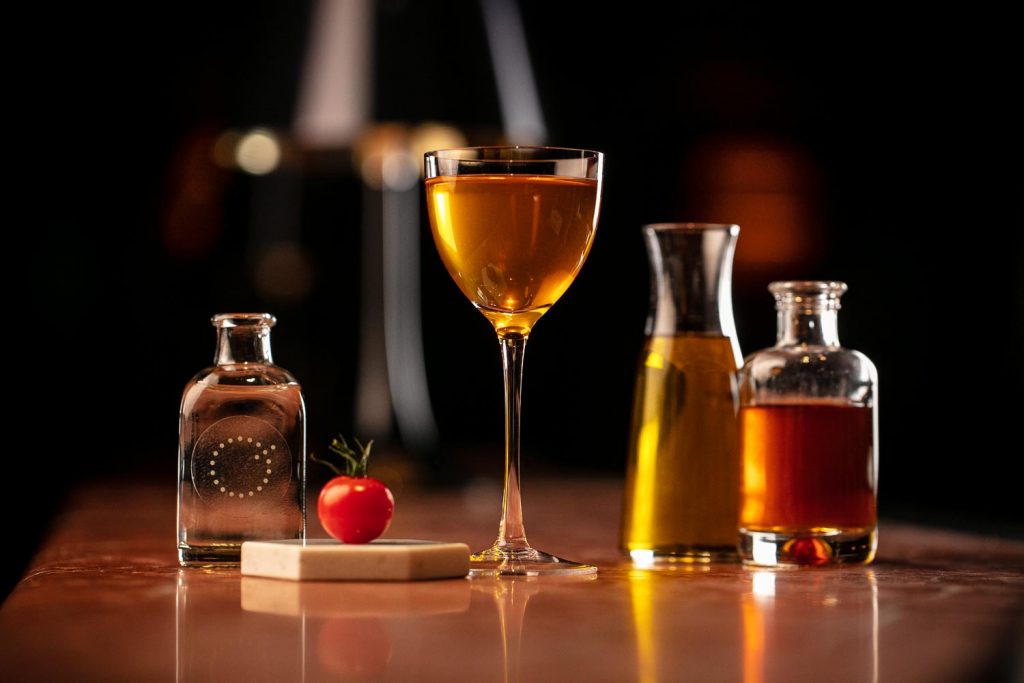 The Duke’s Strength cocktail, in honour of the late Prince Philip

A new cocktail menu: ‘The Glamour Is Back’

The bar really leans into its history, still boasting its famed winding staircase, with art deco splashes throughout the venue. Its new cocktail menu is inspired by the elegance of those glory years by offering classic cocktails (though in updated form), appropriately titled ‘The Glamour Is Back’ – and what a treat it is. Alongside the official menu, there’s another new serve titled ‘The Duke’s Strength’, crafted to honour the life of Prince Philip. The blend of Plymouth Gin Navy Strength washed with Greek olive oil, Belsazar dry vermouth, clarified tomato consommé, and pickled cherry tomato all nod to the Prince’s Royal Navy past, Greek heritage, and favourite cocktails (Bloody Mary and dry Martini). The creation itself is indeed like a cross between the two – a Bloody Martini, if you will – and balances that ripe tomato sweetness with the more savoury nuances brilliantly. 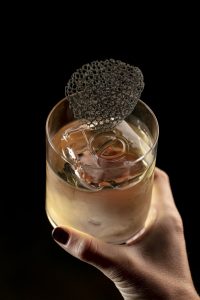 Twists on classic cocktails can often be gimmicky, and it’s far too easy to make a twist that’s worse than the original – they’re classic for a reason, right? But Quaglino’s managed to pull off these variations through sheer deliciousness, because each twist made sense. Not a gimmick in sight.

Some favourites of ours on the new menu were the White Truffle Negroni, which brings together Tanqueray No. Ten, Luxardo Bitter, and Cocchi Americano-washed truffle oil, and the Cuban Fashioned, a rum-based take on the serve with Havana Club 7-washed peanut butter, banana oleo skin, and Angostura bitters. These two couldn’t be more different; the former, a subtly savoury, earthy twist on the usually citrusy cocktail, while the latter was all about that peanut butter richness and tropical vibrancy. 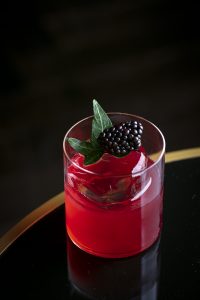 Bramb(L)erry, a firm favourite of ours

But the one that truly blew our socks off was Bramb(L)erry – Olmeca Blanco Tequila, Vida mezcal, three-berry shrub, and Tio Pepe dry sherry made for a smoky, jammy, and super refreshing take on the classic gin-based cocktail. We were also lucky enough to catch some live music from Juke Joints later in the evening, with the blues band playing brassy versions of all our favourite songs, from Oasis to The Piña Colada Song.

Win a VIP trip to the Kilchoman Distillery on Islay!