Chill-filtration: what’s all the fuss about?

Adam O'Connell
4 Comments on Chill-filtration: what’s all the fuss about?

Chill-filtration is such an emotive subject. So much so that we often condemn before we discuss. It’s as if the conversation is a bit cloudy. Let’s filter through it together and find out why it’s such a hot button issue for whisky fans.

Chill-filtration has been on whisky fans’ minds a lot recently. Ever since it was noticed that the words ‘non-chill-filtered’ had been removed from Glendronach’s packaging. This sparked a collective purist panic as Facebook groups, Twitter threads and YouTube videos filled with chatter and condemnation.

Glendronach, for its part, released a statement addressing the situation: “We have removed ‘Non-Chill-Filtered’ from our packaging to provide the flexibility in our processes to optimise consistently exceptional quality, flavour, clarity and stability. The GlenDronach continues to be crafted to exceptionally high standards and of true Highland style, perfect for slow maturation in sherry casks. The change does not affect the flavour of our richly-sherried Highland single malts which continue to be of natural cask imparted colour from the sweet fruity flavours of the Pedro Ximénez casks or the dry and nutty notes of our Oloroso casks our master blender carefully selects.”

Reading between the lines, it appears that Brown-Forman, the distillery’s owner, wants to leave its options open to sometimes filter certain batches. But why is that such a big deal? How come it prompted such an emotive response? And does chill-filtration really have that much of an impact on your dram? We’ve enlisted the help of some experts to wade through the issue. First, let’s start with a definition. 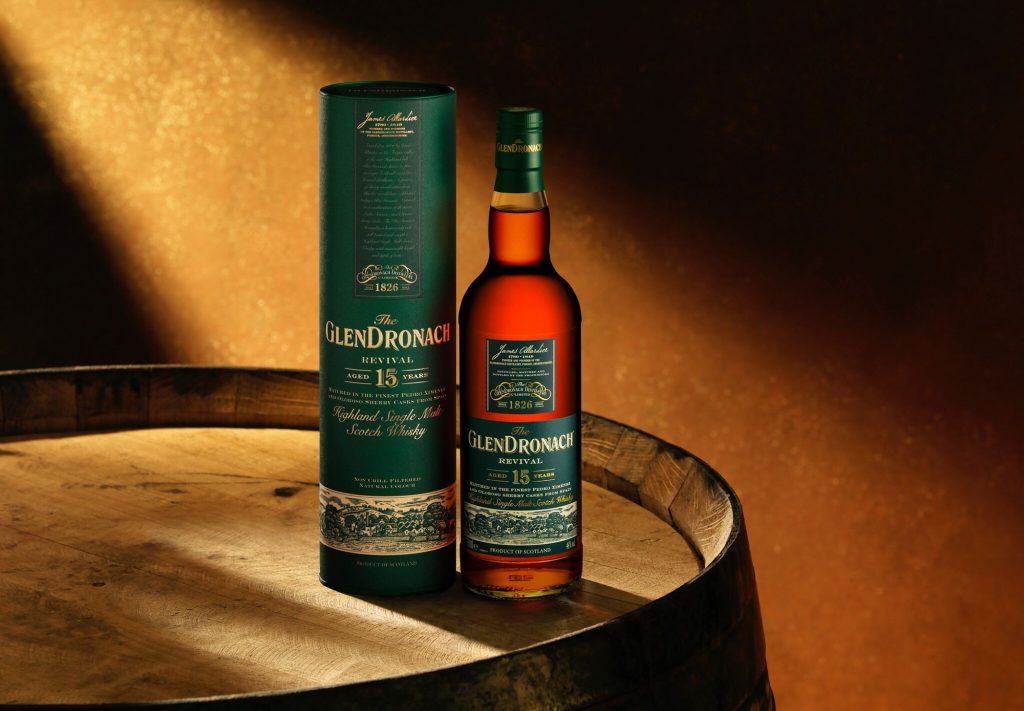 Simply put, chill-filtration is a method of filtering whisky employed to remove residue and cloudiness which appears when the spirit drops below a certain temperature (usually following the addition of water or ice). It entails chilling the spirit to between -10 and 4°C and then passing it through a very fine filter. At such temperatures the fatty acids, proteins and esters compound as large clumps which are too large to pass through the filter.

Brian Kinsman, master blender at William Grant & Sons Ltd explains that chill-filtration is only necessary if the bottling strength of a whisky is below 47% ABV. “This is due to the presence of long-chain ethyl esters (sometimes referred to as fatty acid esters) which occur naturally in whisky and are insoluble in alcohol less than 47% ABV. Once the whisky drops below that ABV these esters gradually drop out of solution and create a haze in the bottle”.

It’s a common process that’s used widely in the industry, particularly for what you might term entry-level bottlings. The kind of bottles you’ll find on a supermarket shelf.  Ewan Gunn,  Diageo’s global Scotch ambassador says the technique is used with many of the brand’s best-selling Scotch whisky brands and means that it can be sure of the “liquid’s clarity, and bright appearance when it’s poured into the glass”. The theory is that if a person spends their hard-earned cash on a bottle of something tasty, they’ll be put off by the appearance of any haze which could result in bottles being returned as ‘faulty.’ And none of us wants that.

It’s difficult to know when exactly this became an issue that concerned whisky fans. Regular contributor Ian Buxton recalls interviewing Jim Swan in 2015 for an article in which he said one of the highlights of his long career was “the discovery of the chemical nature of chill haze”. At the time (the early nineties) Swan was at Tatlock and Thomson Ltd, Scottish-based beer, wines and spirits analysts involved in consultancy for maturation, filtration and stability of bottled products. Swan says his research “led to the widespread introduction of chill filtration and an understanding of what was going on when cloudy whisky with jellyfish-like floaters formed”. 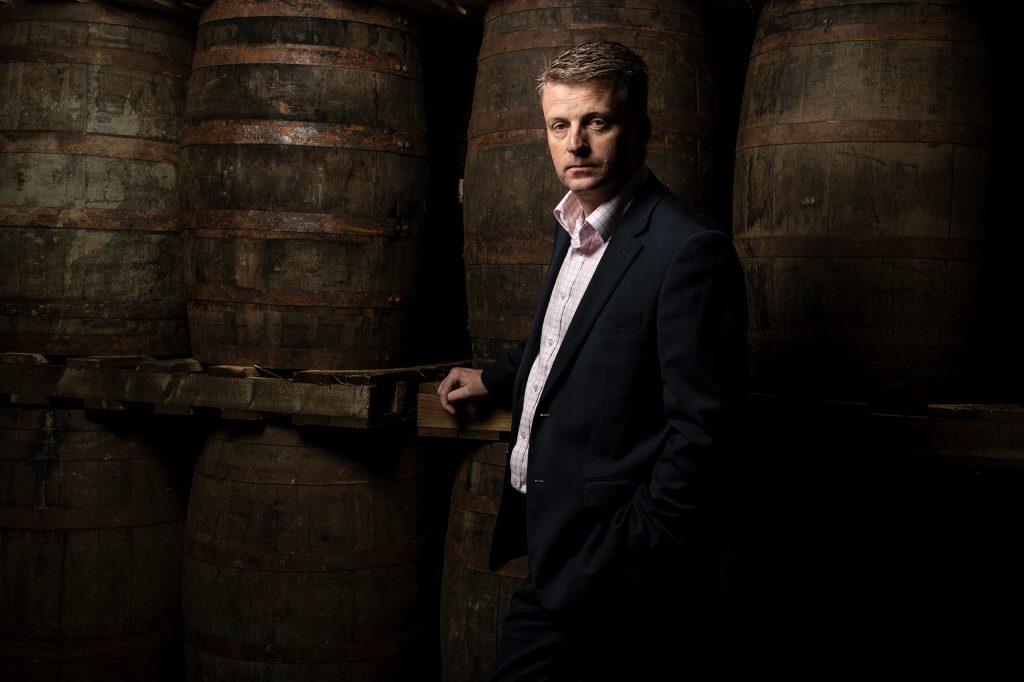 Brian Kinsman offers his thoughts from a producer’s perspective

Swan went on to say that “nowadays the aficionados may consider the process slightly detrimental to whisky flavour”. That’s the crux of the issue. The belief is that chill-filtration risks removing long-chain esters, which are large molecules that contribute to flavour and body. It’s not a concern without merit. Bruichladdich has a long post on its website about why it doesn’t chill-filter any of its whisky, reasoning that it would “rather have a haze in the glass than to lose the flavour and texture created all those years ago during fermentation and ameliorated over years of maturation”.

So what’s the issue?

But there’s a larger issue at play here, one ultimately concerned with whisky’s quest for authenticity. Concepts like provenance, terroir and sustainability are all the rage now. And in an age where the average whisky has more access to knowledge than ever, transparency is everything. No more hoodwinking the consumer.

This has led to the establishment of the idea that there are essentially four pillars that should give you an indication of quality. Whisky should have no colouring or additives, the bottling strength should be 46% ABV and higher, the casks should be of the highest quality and you never chill-filter. Whiskies that tick these boxes are appreciated by purists. And when a big multi-national corporation like Brown-Forman makes a change to a whisky like GlenDronach, it’s seen as a cynical attempt to try to cut its bottom line and woo the uneducated, underappreciating masses. 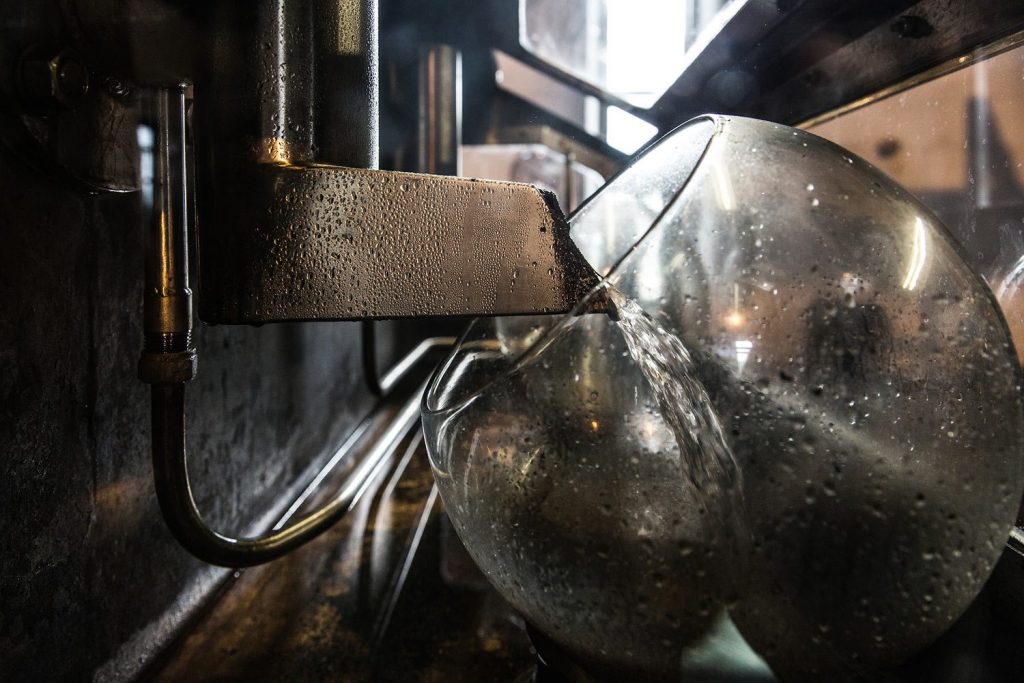 Bruichladdich refuses to chill-filter any of its whisky

These are understandable points of contention. But all the outrage does make you wonder how many have experienced the ultimate test: assessing samples before and after chill-filtration. Ardent whisky fans will say they’ve seen what Glendronach is doing happen before and the whisky always suffers, testifying that they have noticed a drop off in quality when brands switch to chill-filtering. Though how much of this might be due to batch differences is hard to say. Another problem is that they know that the whisky they’re tasting was once bottled without filtration, so it’s not a fair test. How many have done a blind test, and how many would pass?

Whisky writer, Ian Wisniewski, says that the conversation is often simplified into a binary good/bad discussion which narrows the understanding of a process that is full of options. “There’s a lot of factors. The temperature to which whisky is chilled varies, from cooler to colder, and the colder the temperature the more stringent the process. The filter through which whisky passes can be tighter/looser, and filter out more/fewer fatty acid esters. And the flow rate of whisky through the filter matters, as a faster rate ‘pushes’ more fatty acid esters through the filter, while a slower rate catches more”.

Wisniewski also raises the interesting point about consumer accountability. Would this even be an issue in the first place if we were educating people about why the haze occurs and not to be concerned about it? “Those of us who would return a bottle on this basis should bear some responsibility. Olive oil is prone to the same ‘clouding,’ though back labels explain this concisely and there doesn’t seem to be a problem. So, why not inform rather than chill-filter? Could the reasons be the expense, the time-scale involved and the results not being guaranteed?”

What’s the impact on flavour?

From a producer’s perspective, Kinsman at William Grant & Sons believes the key is to ensure the process is done with “as light a touch as possible to remove the haze without stripping out any other flavour from the whisky”. This is because the main flavour compounds remain in solution at lower strengths so the filters need to be set up with the “correct surface area, flow rate and pressure drop to only focus on the long-chain esters that have formed a haze and to allow everything else to flow freely through the filter”.

He concludes his statement by saying that, when done with the correct care and attention, he doesn’t think chill-filtration has any impact on the flavour of the whisky. “We regularly analyse pre and post-filter and also compare samples on a sensory level to ensure the filtration is working efficiently and preserving all of the flavour”. 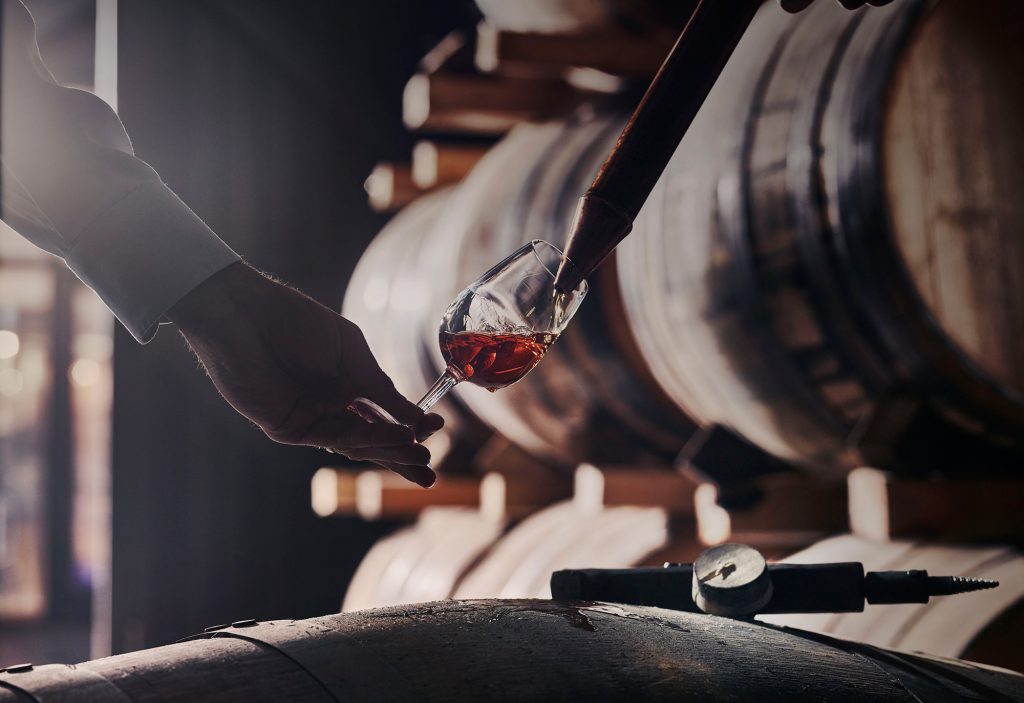 There are many ways to alter whisky once matured, but they’re not popular with purists

Much ado about nothing?

Ultimately, as somebody who has sampled an amount of whiskies I can’t even put a figure on (responsibly, of course) I can’t say that I’ve ever made a decision to purchase or not purchase a whisky based on whether it’s chill-filtered or not. And I’ve certainly enjoyed many a dram of whisky that has been. The idea of ruling out a drink based on this factor alone seems baffling to me, and just because a whisky hasn’t been chill-filtered doesn’t necessarily mean it’s any good.

I wonder whether the term has been reduced over the years to just another marketing tactic. “How can you tell my whisky is superior and more authentic? Because I don’t chill-filter”. I’m also sceptical that a great many who protest could truly tell the difference between a dram that has been chill-filtered and one that hasn’t.

Transparency is the key

But I do think those who take issue with GlenDronach’s move have a legitimate argument. They are, after all, the people who have paid good money to transform a once overlooked distillery into something worth Brown-Forman’s attention. From their perspective, they can see a slippery slope coming for a brand they love. This would be a good time for Glendronach to listen to its fans and be transparent about what it is doing rather than hiding behind opaque PR statements.

But nobody should be judging the new Glendronach definitively until they actually taste the whisky. I certainly won’t.

Master of Malt @MasterOfMalt
9 hours ago
Featuring the brilliance of Sicilian pink grapefruit, with a hint of rhubarb, @MalfyGin Rosa is a top choice for sunny days!

The winner of some delicious Darkness whisky is...

How to make your distillery more sustainable