Annie Hayes
No Comments on Cask customisation: have your whisky made bespoke

Bourbon hogshead or red wine barrique? Limousin or American oak? For devoted whisky lovers keen to call a barrel their own, there’s never been quite so many cask options available. As Edinburgh’s Holyrood Distillery launches its custom cask programme for 2020, inviting buyers to tailor every aspect of the process – from yeast varieties to distilling cut points – we take stock of the evolution of cask ownership…

Laying claim to your very own cask of whisky is a dream shared by many. But what if you could choose the precise type of malted barley you’d like, and pick out the yeast used for fermentation? What if you could tinker with the distillation process – cut points and flow rates – choose the cask type, oak species, size and previous fill? What if you could tailor the whisky from start to finish, becoming involved in every stage of the production process to create your ultimate personalised dram?

At Edinburgh-based Holyrood, you can do just that. “We thought, rather than just making hundreds of the same cask, why don’t we ask people what they would like to make?,” says distillery co-founder David Robertson. The process starts with an in-depth consultation and sample tasting, in order to identify exactly which flavours you’re looking for. From there, the team will come up with several recipe suggestions based on your preferences. “You might say, ‘I’d rather have an extra yeast in it,’ or ‘I’d rather pick that wood rather than this wood’, and eventually we’ll land on a recipe,” he says. 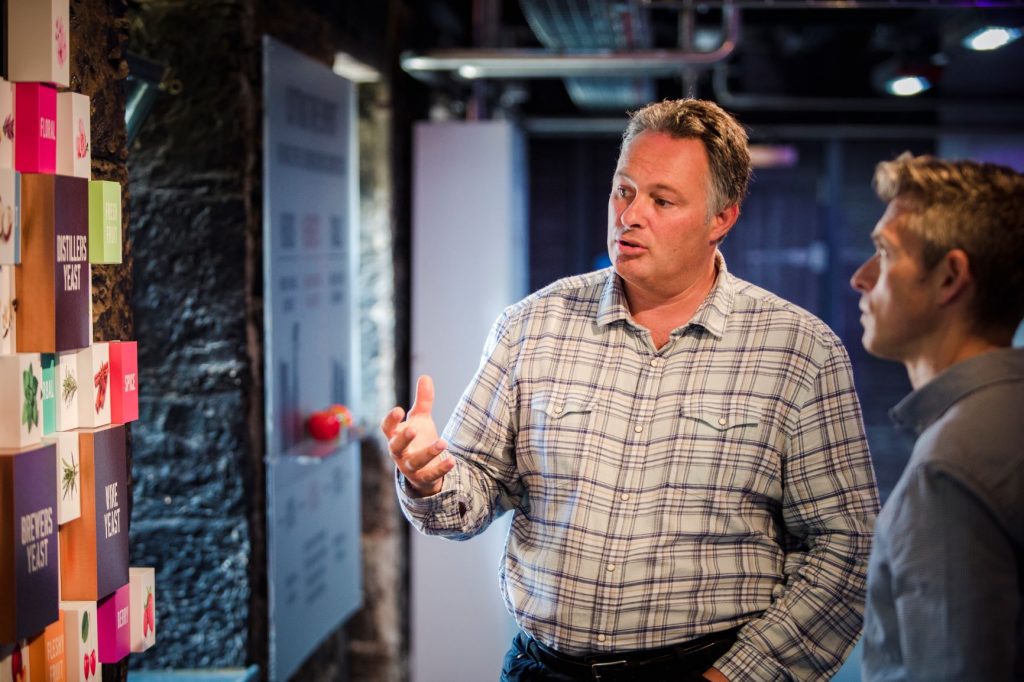 Holyrood boy: David Robertson talks a client through the options

Got your heart set on rare Japanese oak, barley from a bygone era, or a cask that previously contained beer? Whatever the request, the team will help you make your dream into reality – but they’ll also guide you to make sure it tastes good. “If someone said, ‘I want you to have a cut point from 75% down to 42%, I want you to put it into a Tokay cask, and I want you to mature it for 247 years, we’d be going, ‘Yeah… That’s probably not the best idea’,” Robertson says. “We want to be there to guide, make recommendations and make sure there’s no mistakes.”

Besides offering more choice for whisky fans, there are other benefits to offering such tailored cask choices. Giving whisky fans control over the whisky-making process provides a unique jumping off point for learning and experimentation. “It’s a real two-way collaboration,” Robertson says. “We might have ideas and suggestions, but we won’t be smart enough to come up with all the best ideas and suggestions. The people we meet through this programme give us stimulus, inspire us and push us in different ways that we maybe hadn’t thought of ourselves.”

It also presents an opportunity for distilleries to engage with fans and expand their community. “I love getting a request from a potential customer to source a unique cask,” says Elliot Wynn-Higgins, cask custodian at Lindores Distillery, which has one of the largest and most diverse private cask offerings in Scotland, and allows buyers to choose from metrics such as cask size and flavour profile. The ownership scheme is seen as “an experience, rather than just a sale,” he says. “Each year we host exclusive cask owner’s events at the distillery, and they also get exclusive early bird offers on our whisky releases in the years to come.” 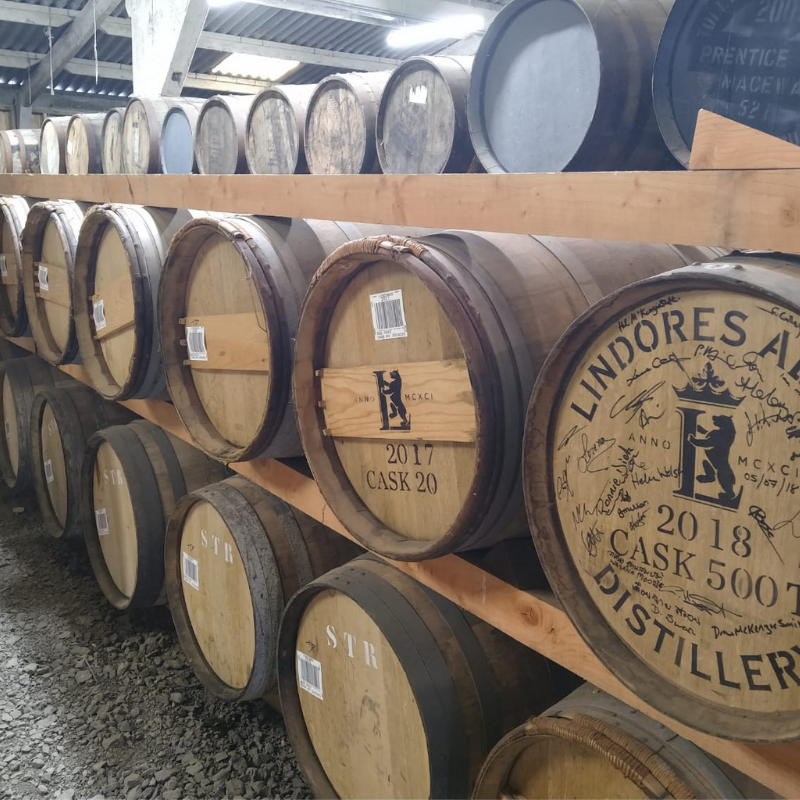 Casks in the warehouse at Lindores Distillery

It could be argued that an element of personalisation acts as a deterrent to those viewing cask ownership solely as a money-making endeavour – the type of buyer David Thompson, co-founder and director of Spirit of Yorkshire Distillery, is keen to avoid. There, the team offers buyers a choice of first fill ex-bourbon and various ex-red wine casks. “The secondary market worries me to an extent,” he says. “If someone said to me, ‘how much money am I going to make?’, I probably wouldn’t go any further with [the sale], because they’re doing it for the wrong reasons. I’d much rather someone bought a cask because they wanted to get involved in our business, our philosophy, the people.”

While distilleries selling private casks is nothing new – “this was quite a big deal in the nineties,” John Fordyce, director and co-founder of the Three Stills Company, informs me – today’s interested buyers have more say than those in previous decades when it comes to the final liquid. At Borders Distillery, Fordyce and his fellow directors have released 1,837 private whisky casks for sale by invitation only, allowing buyers to choose their preferred filling date and cask type across rum, bourbon, rye and Douro wine. “Not every distiller wants to do this, and those that do tend to engage in an quite intimate way,” he says. “One of the great things about the drinks industry is that you’re always in a position of moving with the times. And these waves sweep across us all, and some react and some choose to stay out. And that’s what provides all the variety and choice for the consumer.”

Having only been distilling for a year, the Holyrood team can afford to be more experimental than most. “We’re lucky in that we’re new and we’re small, which means that we can be as flexible as we want to be,” says Robertson. “If you’re a large, established distillery, you probably have a style of spirit that people expect you to produce. We don’t have that kind of heritage or history. We don’t have a core range that we’re known for yet. Now, that might be different in three, four, five years’ time, because we’ll have to start putting out whisky that defines Holyrood Distillery’s style. But at the moment, we are playing at the edges.” 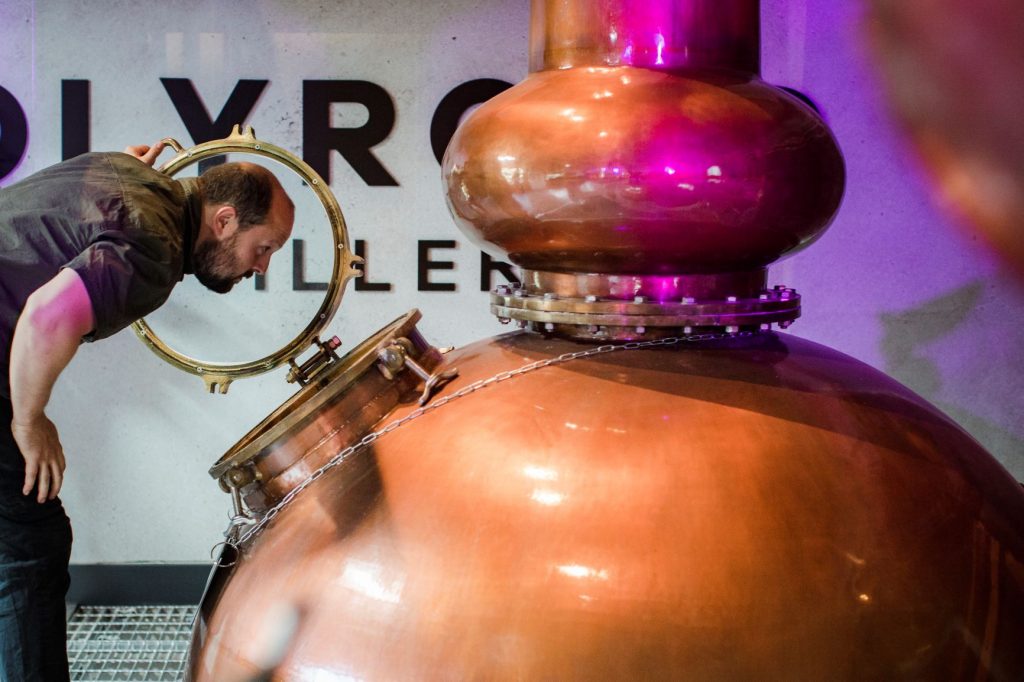 As distilleries become more established, and their spirit comes of age, the custom cask market will inevitably change again. “In 10 to 15 years’ time, many current distilleries offering cask ownership will no longer be doing so, or at least be offering a reduced variety,” says Wynn-Higgins. “The reason being because their whisky will have hit the market, and the majority of their spirit will be required to satisfy customer requirements in bottles on shelves rather than entire casks. This makes now an even better time to buy a cask, as opportunities to do so will become ever rarer.”

It’s a delicate trade-off, acknowledges Annabel Thomas, founder and CEO of Nc’nean Distillery. Each year, the team offers up 60 casks for sale, allowing buyers to choose which type of cask you want and which of their two new make recipes they’d like to fill it with. “The cask sales are important, obviously, for cash flow,” she says. “And also, we end up with an amazing community of cask owners around us, which is a really important part of that whole process for us. On the other hand, we can’t spend the whole year producing private casks, because we have to actually have whisky to put into bottles at the end of it!”