Burns Night poetry competition 2020 – we have a winner!

Master of Malt
No Comments on Burns Night poetry competition 2020 – we have a winner!

The judges have consulted, conferred, and, finally, concurred. So, we are delighted to announce the winner of our Burns Night competition who will receive a bottle of Aerolite Lyndsay Islay single malt.

When we launched our poetry competition last year, we didn’t know what to expect. Would anyone enter? Would the entries be any good? Well, we need not have worried as clearly Master of Malt customers are a talented bunch. This year we had over 52 entries from all over the world. Admittedly, there were some stinkers, some that were, how can we put this, not suitable for a family audience, and many that rhymed whisky with frisky. But there were also plenty of top quality stuff. 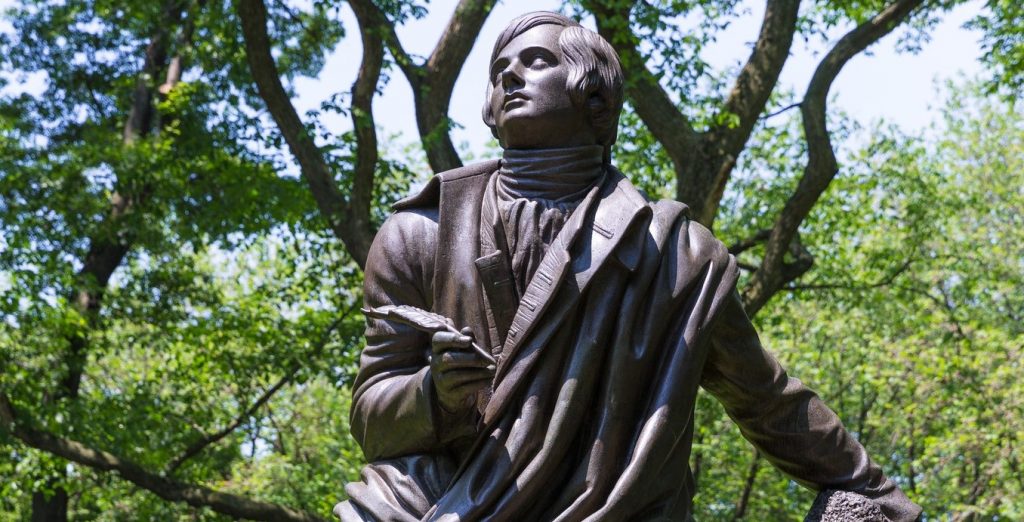 But what would Rabbie think?

So, without further ado, it’s time to announce the winner. It’s Neil Mackenzie! Readers may remember him from last year where he was one of the runners-up. Well, now he’s only gone and snatched the winner’s crown with a Scots ode to whisky makers. Metaphorically speaking that is, there is no actual winner’s crown, but he will win a bottle of Aerolite Lyndsay Islay single malt.

Runners up were: Anne Greengrass, Kyle Kenneth Moonsamy and Laurence Smith. Congratulations, you all win a dram of the Aerolite. The winning entry and runners-up are below. Thank you to everyone for taking part. The competition will be back next year so there’s plenty of time to practise your scansion.

Each nation has her ain great folk,
That freed her frae oppressors yoke,
Or brichtened monie a dull heart,
Wae great inventions, words an’ art,
Mozart and Bach wae papers strewn,
Ha’e jotted monie a gallant tune,
All Socrates and Plato thought,
Were gifts to they wha knowledge sought,
Rembrandt and Monet wae sure hand,
Captured the charms o’ sky an’ land,
Alexander earned the title “Great”,
Lang ‘fore he took the Persian gate,
Ev’n Scotia’s humble shores sae braw,
Whan threatened wae her ain downfa’,
By tyrants that wid her ensnare,
Rais’d up mair than her fair share,
The Black Douglas wae Bruce and Wallace,
Won our battered land brief solace,
Tho’ fac’d wae pay’n’ that highest price,
They hearkened not tae fears advice,
Said folk, their tales, whan heard, impart,
Sic inspiration tae my heart,
The words come streaming frae my pen,
Verse upon verse time an’ again,
But yet, I trow, truly I speak,
Wae tongue firmly away frae cheek,
That nane o’ them the boots could fill,
Of those wha gi’e their time and skill,
Tae fill my glass wae somethin’ proper,
Born of barley, oak and copper.

Islay malt so warm,
Shields me from the winter’s chill.
One more for the road?

This wind-wracked isle of seaweed salt and storm,
Of treeless boggy mire beneath oor feet,
Has ay kent how tae keep a biddy warm,
By hernessin’ the glory o’ the peat.

Whaur bogles creepit in thru ev’ry door,
And Hebridean kelpies their weans steal,
Their best defence? Ben Bracken or Bowmore,
Laphroaig or bold Ardbeg to quate the deil.

The sky is black, no star in sight,
Oh what a beautiful rainfall night,
I sit all by myself contemplating my life…
Am I really doing what’s right for me,
Or am I just going with what the flow of life wants me to be,
I walk to my cupboard and pull out a bottle,
Pour myself a dram I guess I’ll make it a double,
Out on the porch I throw myself on a chair,
Breathing in the smell of rain that so sweetly scents the air,
I lift up my glass and there swirls a light golden elixir,
Amazing to think water, yeast and barley can make such a beautiful mixture,
But it’s not just the ingredients that are in here, It’s the type of cask as well as the year,
So I bring the glass slowly up to my nose,
Vanilla, Citrus and Mint begin to show causing my eagerness for a taste to grow,
I take a sip and try to pick out every detail,
And thereafter swallowing with a gentle exhale,
Lemon cake, Vanilla, Apples and Pears, beautifully balanced and so smooth,
As my chest starts to warm from that magnificent prelude,
I lift up my glass once more to the night,
Sip number two goes down as I think of what to write,
Whiskey to me is more than just alcohol,
The way people look at it as if it’s going to be my downfall,
I believe it improves you as a man because you truly have to take your time,
And that’s a brilliant virtue in this world because of how life just flies by,
So for one final time I lift up my glass to the reader of this poem,
A toast to you good Sir, may you never drink alone. 🥃Sláinte!