Henry Jeffreys
No Comments on Black Tears: the new spirit of Cuba

Two of the biggest trends in drinks are spiced rum and premiumisation. So we were excited to try Black Tears, an elegantly-flavoured Cuban rum that was launched recently. We talk to the team about cocktails, sugar and the difficulties of doing business in Cuba.

We’re often told stories from distillers about how hard it was getting permission from HMRC, but dealing with the Cuban government is something else according to Adele Robberstad from the Island Rum Company. ““Oh my God!” she said laughing, “it’s complicated, very complicated.” She has been trying to finalise a joint venture to produce Cuban rum since 2010 but only last year did the first product, a spiced rum called Black Tears, hit the market. “We thought we were going to sign an agreement years ago!”, she said. “No one is allowed to make any decisions. That’s how Cuba works, nothing is logical.”

The joint venture, the first such in Cuba since Havana Club, is called Ron Vigia and it was put together by two Norwegians Tore Villard and Hans Christian Holst, and Enrique Arías, a Spaniard from a rum-producing family that left Cuba after the revolution. “It was very important for him to go back and invest in Cuba,” Robberstad said. “He won’t say he wants to get back what he lost because he is smart. Cuba knows everything about him, he has to be very careful,” she added. Which sounds menacing, another lesson that doing business in Cuba is far from straightforward. Robberstad’s background is in drinks, first a premium mineral water for restaurants and then liqueurs like Cherry Heering and Asanti cognac liqueur. “I increased the alcohol levels over time”, as she put it. 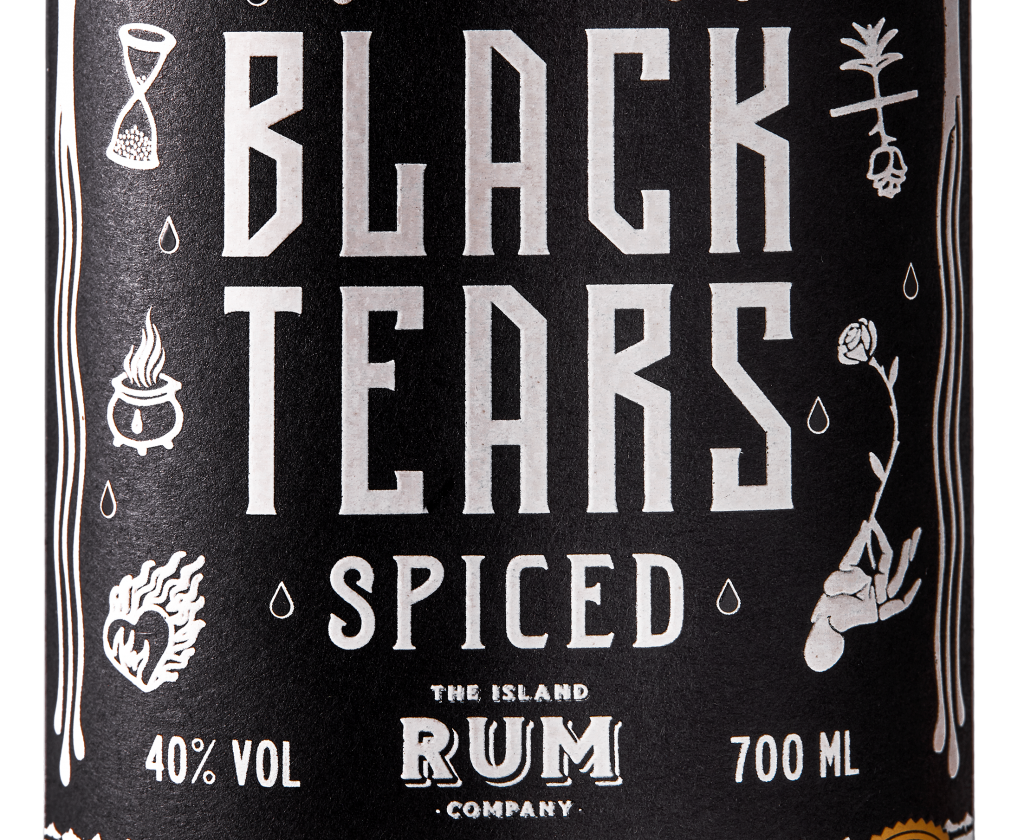 Bureaucracy isn’t the only problem in Cuba: almost everything has to be imported to the island including glass bottles. There are shortages all the time: “The shops don’t have any tomatoes or butter,” she said. This is partly down to transport problems. She told me that people flying in from Miami are often carrying car parts that are unobtainable in Cuba and there are long lines for petrol. The key is to have your own trucks and the company has had to lay on buses to get staff to work. The company’s two distilleries are in a remote area in the centre of the island. Even then it’s a struggle: “Most of the staff have two to three jobs to survive,” she said. The Island Rum company pays the government in hard currency which then pays the workers in “monopoly money” as she calls the local currency.

The dollar economy is very important. Cuba is opening up with direct flights from the US. The company has plans for tourism on the island including a visitor centre in Havana next to Ernest Hemingway’s old house. Since Obama’s time, it’s much easier for Americans to reach the island, but it’s not so easy for Cubans to get out. Robberstaad told me about the female maestro ronero who oversees the distilleries who won’t be allowed to leave the country.

It is appropriate then that the first product, a premium spiced rum, from the company is called Black Tears. The name comes from an old song Lagrimas Negras which has become the unofficial national song of the island. The base is a column still aguardiente of 74% ABV, so still plenty of character. It’s flavoured with cacao, aji dulce (a king of sweet pepper) and coffee, and bottled at 40% ABV with only nine grams per litre of sugar. With its funky packaging, the aim is to create something a bit different to Havana Club. “Havana Club is excellent,” Robberstaad said, “it has built a category. We’re aiming to do something a little bit more progressive for a new generation.” 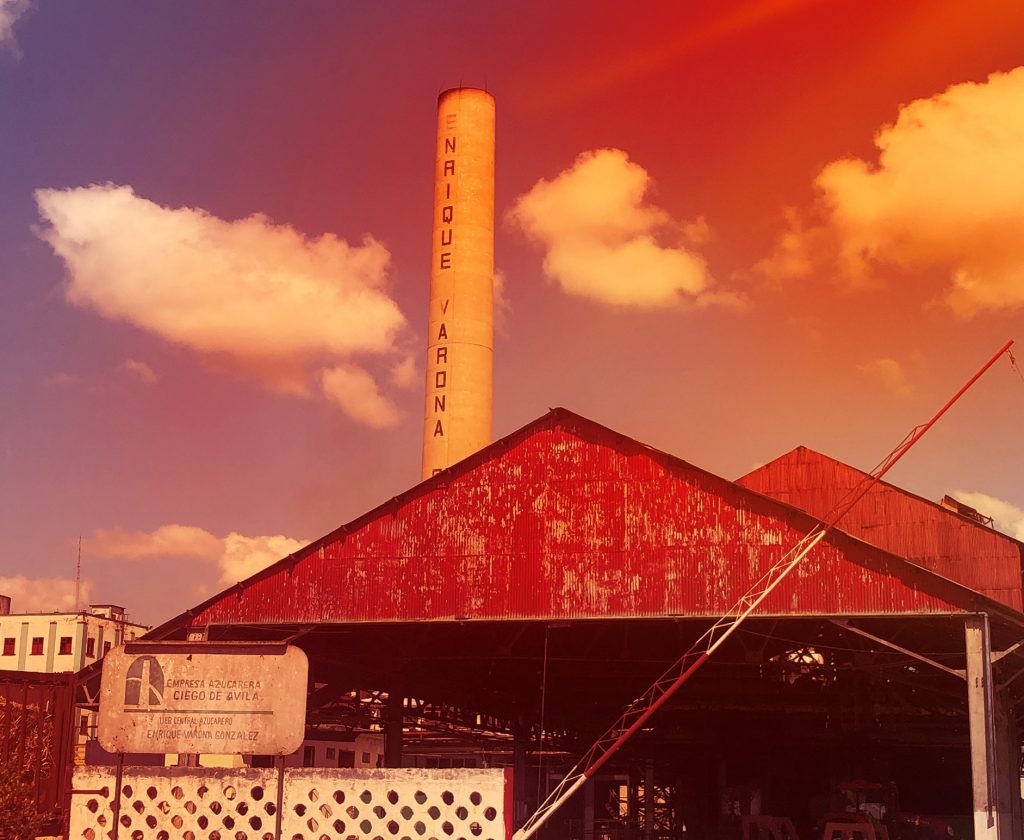 It’s very different to most spiced rum. Delicious, layered and packed with flavour, sweet-tasting but hardly sweet at all. It’s excellent neat but particularly good mixed with tonic, a Tears and Tonic, as they call it. I think it would be an excellent Daiquiri Mulata (there’s a load of recipes on the website.) The formula for Black Tears was tweaked with a tasting panel of bartenders around the world. The emphasis is very much on the bar trade, Black Tears was launched at BCB (Bar Convent Berlin) in October. Peter Thornton ex-Pusser’s Rum is involved on the sales side, and both Ian Burrell and Simon Difford are fans. Difford has been devoting a cocktail a week for a year to it on Difford’s Guide.

Jaspreet Anand from Skylark Spirits which is bringing Black Tears into the UK told me, “spiced rum is the fastest growing category in the UK and the rest of the world. It [Black Tears] is a good gateway between spiced and more serious rum. There’s nothing really similar in the industry.” Black Tears is currently available in 25 countries but hasn’t officially been launched in Cuba. They have big plans, though, as you might guess. Feedback from the name and the bottle has been highly positive. According to Robberstad, Cubans are proud to see their national song in English on a bottle. The delay is finalising the joint venture has been like a “four year seeding campaign” on the island, she said.

The joint venture consists of two distilleries in Ciego de Ávila Province, and, most excitingly, 7,000 barrels of mature rum. The company has bottled two aged rums which are not yet available in Britain: La Progresiva 13 and the ultra swanky La Progresiva 500. Only 900 bottles of the latter were produced. Island Rum was meant to get half but has only received 200 bottles. The government has the rest. Further proof, that business in Cuba is never straightforward.

The whole fruit and nothing but the fruit