Jess Williamson
No Comments on Bitters 101: a guide and history with Bob’s Bitters

Bitters are something of the salt and pepper of the cocktail world, but beyond Angostura and Peychaud, what’s the deal? We grabbed a minute with Bob Petrie of Bob’s Bitters to chat about the tasty, boozy seasonings.

“I’d never made bitters before,” Bob Petrie tells me of his career. He wasn’t always in the drinks world, despite his roaring success. Having said that, he began his career as a pastry chef in a Michelin star restaurant, so it may not surprise you that he was already very familiar with flavours. 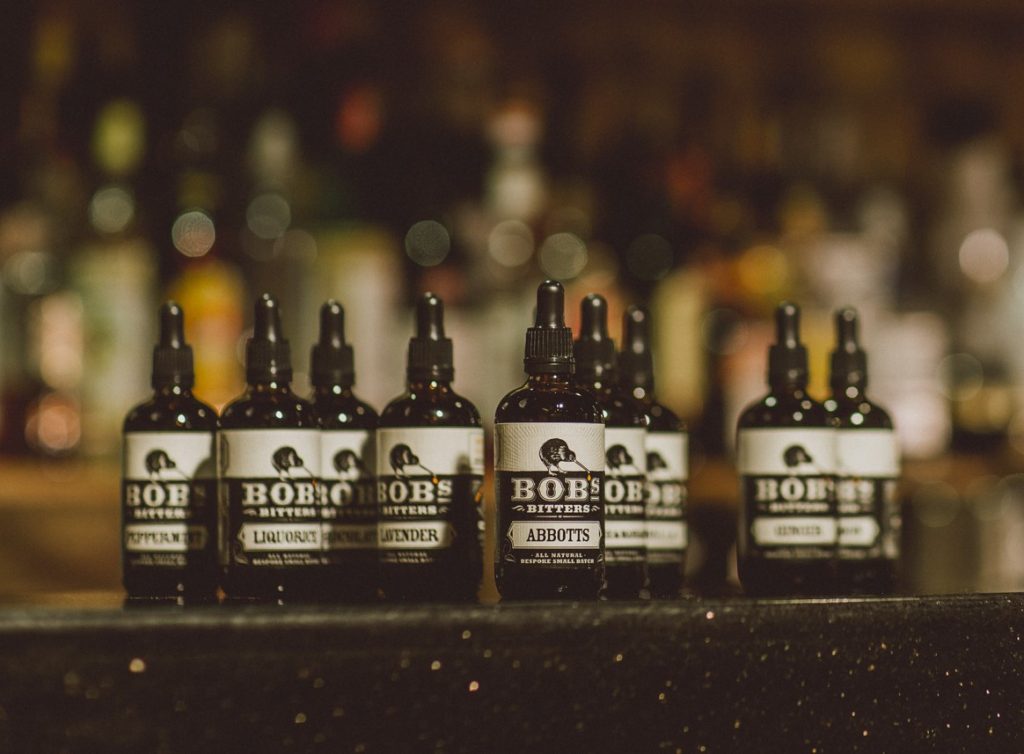 A whole flock of Bob’s Bitters

Cast your mind back to 2005. James Blunt’s You’re Beautiful was playing on every radio station (we can still hear it like it was yesterday), and it was long before the gin boom well and truly hit. It was this very year that the legendary Giuliano Morandin, bar manager of the Dorchester Hotel, asked Petrie to help him with an event. “We knew of each other and he approached me and asked if I could make some cocktail bitters, because they were looking at doing a Gin & Tonic experience where you had a gin of your choice, a tonic of your choice and bitters of your choice,” Petrie tells me. At this point in time, when only a handful of gins were available, you’d be hard-pressed to find more than one kind of tonic, let alone multiple niche single botanical bitters.

So, as it happens, Bob’s Bitters wasn’t initially created for consumers. In fact, it took Morandin quite a few months to convince Petrie that the bitters would even be popular. But this was one of those cases where the bar influenced the consumer, and though there was some resistance to these alien single botanical bitters Morandin told Petrie that behind the bar, things needed to change.

Single botanical bitters had the advantage of being new and unusual, but the reason behind that wasn’t to give them a USP – it was one of practicality. “The only reason we decided to make single flavours was if we were making a complex bitter and something went wrong, we couldn’t identify where it was going wrong,” Petrie tells me. “That was the thought process. We never intended to be different!’” 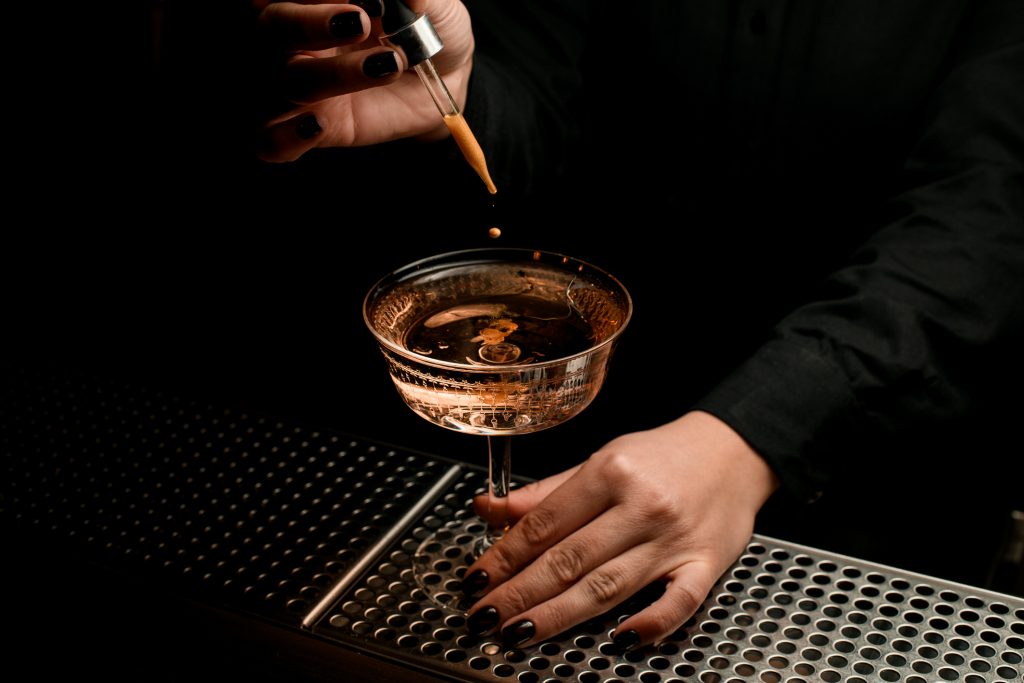 Petrie’s culinary background really shines through, because the idea was also to give mixologists behind the bar complete control over how they used them. “The thought was, if we do single flavours and we created enough of them, a barman would be able to mix and match and make their own complex bitters. A barman could have some theatre there with the glass bottle and the pipette, that he could make his own concoction, and that’s his concoction then, his little project so he’s got that ‘secret recipe’ using Bob’s Bitters.”

In 2020 it’s easy to see this as logical, but it wasn’t plain sailing back in 2005. “Barmen were saying to me ‘you’re a pastry chef, you’re not a barman so how can you make cocktail bitters?!’” Petrie recalls. Seeing as Peychaud’s and Angostura had dominated the back bar for years, people weren’t ready to accept bitters with just one flavour. “It took Giuliano quite a few months to convince me that these bitters will be popular,” Petrie recalls. But Giuliano persisted, and thank goodness because now we have all these wonderful cocktail seasonings to experiment with.

A brief history of bitters

So that’s the story of Bob’s Bitters – but how about the history of bitters themselves? For that, we have to cast our minds back to the 18th century, specifically in India, when bitters and tonics initially started off as medicines. In India, you had bitter tonics full of quinine for its health benefits, and then Petrie tells me they added lime to prevent scurvy. Never mind the medicinal properties, that’s already sounding drinkable to me. To give some context, the well-known Peychaud’s and Angostura bitters weren’t established until the 19th century. 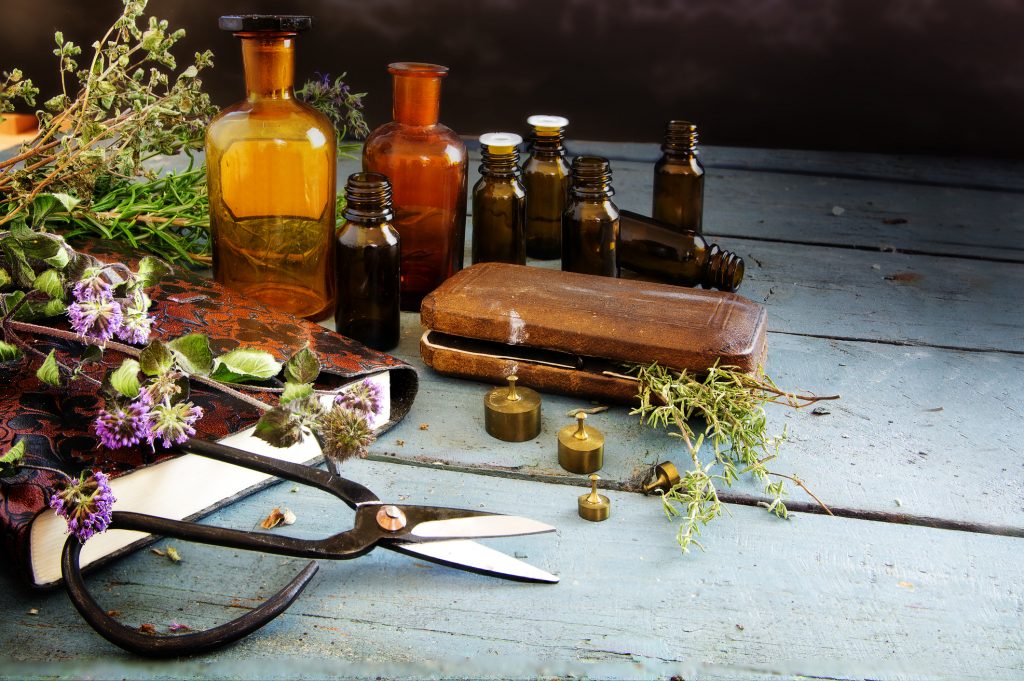 Getting into the apothecary spirit

But how did bitters make the jump from medicine to cocktails? While Petrie was working for a chemist, they found some old manuscripts from days of yore that were rather illuminating. “Instead of going home and putting bitters in water they would put them in gin, because the water would have been not up to standard,” Petrie tells me. “Then cocktails have come from there because original cocktails were based on spirit, water, sugar and bitters, so it’s all sort of intertwined.” Perhaps the gin bubble has been going on for longer than we thought…

It was this medicinal history that inspired the unique packaging of Bob’s Bitters. “The idea of the bottle with the pipette was to give us this Victorian feel that back in the Victorian era, the pharmacist or the chemist was the modern doctor of the day. You would go there and you would get your ginger tonic for your throat or peppermint for digestion, and then you’d go home and dilute it with water or gin or a spirit.” Though the pipette has more meanings than just one. 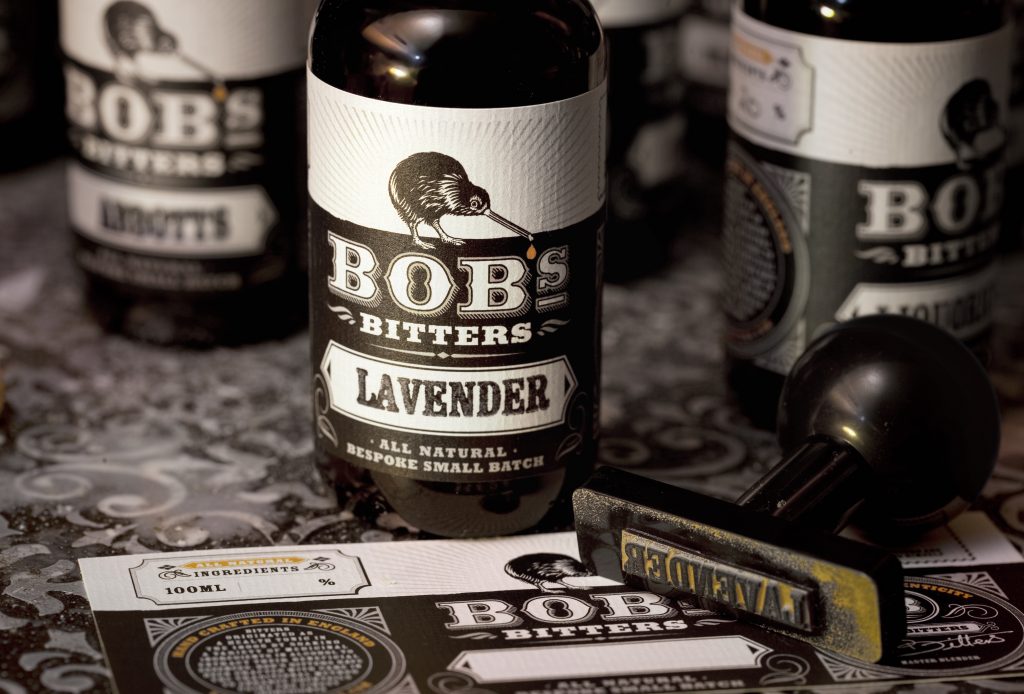 One kiwi bird, so many meanings!

The kiwi bird on the label brings together so many aspects of the brand, it’s hard to know where to start. First off, Petrie is originally from New Zealand, so that’s a little nod. But the beak of the bird also mimics the pipette of the bottle, which nobody could have planned. It’s like it was meant to be – but there’s even a third way in which the plan comes together! “The kiwi itself has a high sense of smell. The bird is, well they’re not blind, but they have trouble with vision so it uses the beak to find food,” Petrie tells me. “And so we thought, well because the bitters are concentrated then you can smell the thing, so let’s put the kiwi on there with the pipette.”

But don’t be expecting any kiwi bitters anytime soon… (The fruit, of course.)

You can find Bob’s Bitters on Master of Malt now!

Master of Malt @MasterOfMalt
41 minutes ago
Perhaps you bought that gin you've been eyeing up, or snapped up an awesome rum? An eagerly awaited bottle of #whisky? Stocking up for Halloween and Christmas? Maybe you decided to give something new a try. Whatever you bought, let us know! https://t.co/wrMOQwoU4c
View on Twitter 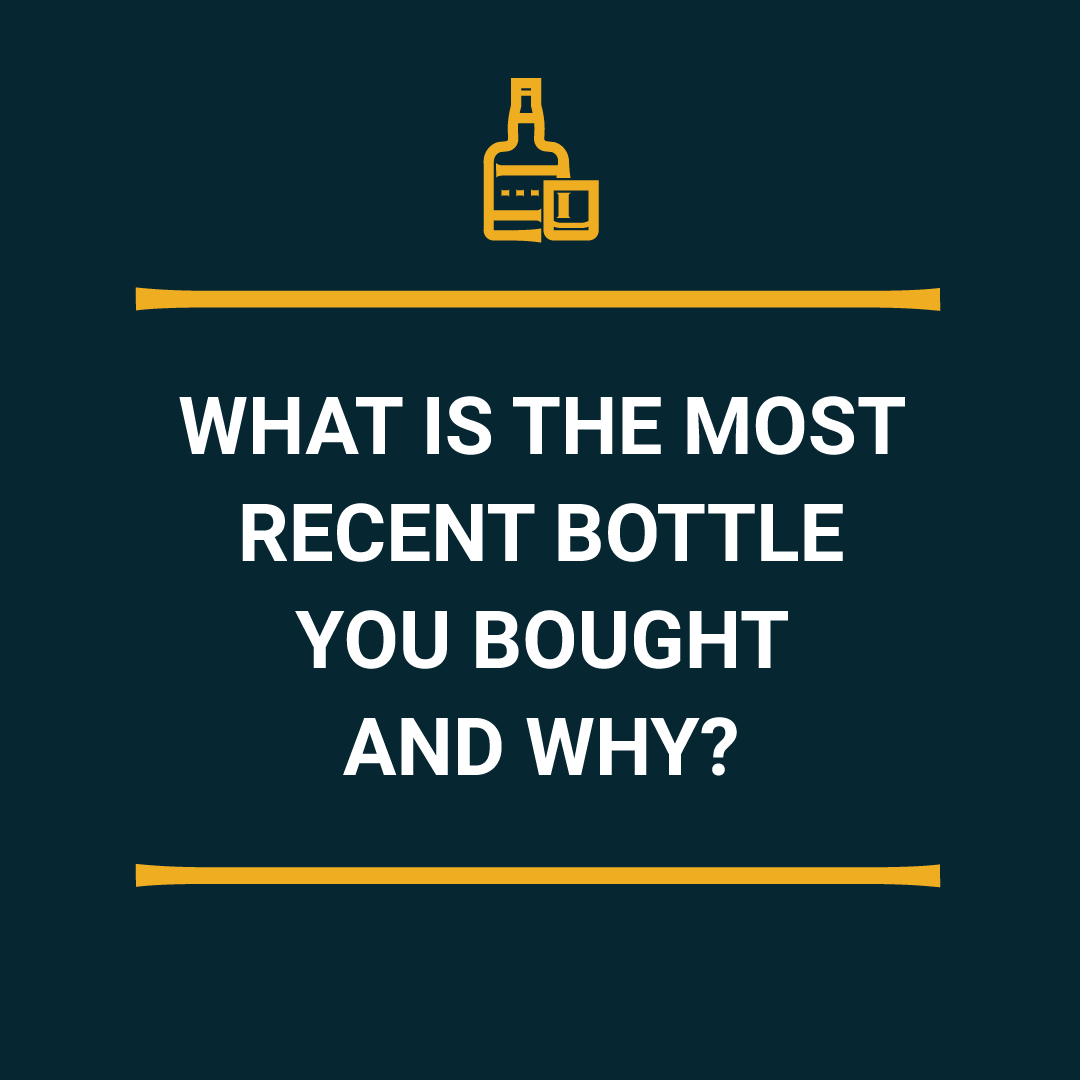 Master of Malt @MasterOfMalt
5 hours ago
Which bottles can you find on the shelves of a Master of Malt employee's home bar (OK, crowded kitchen cupboard if we're being realistic)? Well, we did a little in-house quizzing, and here are the results! 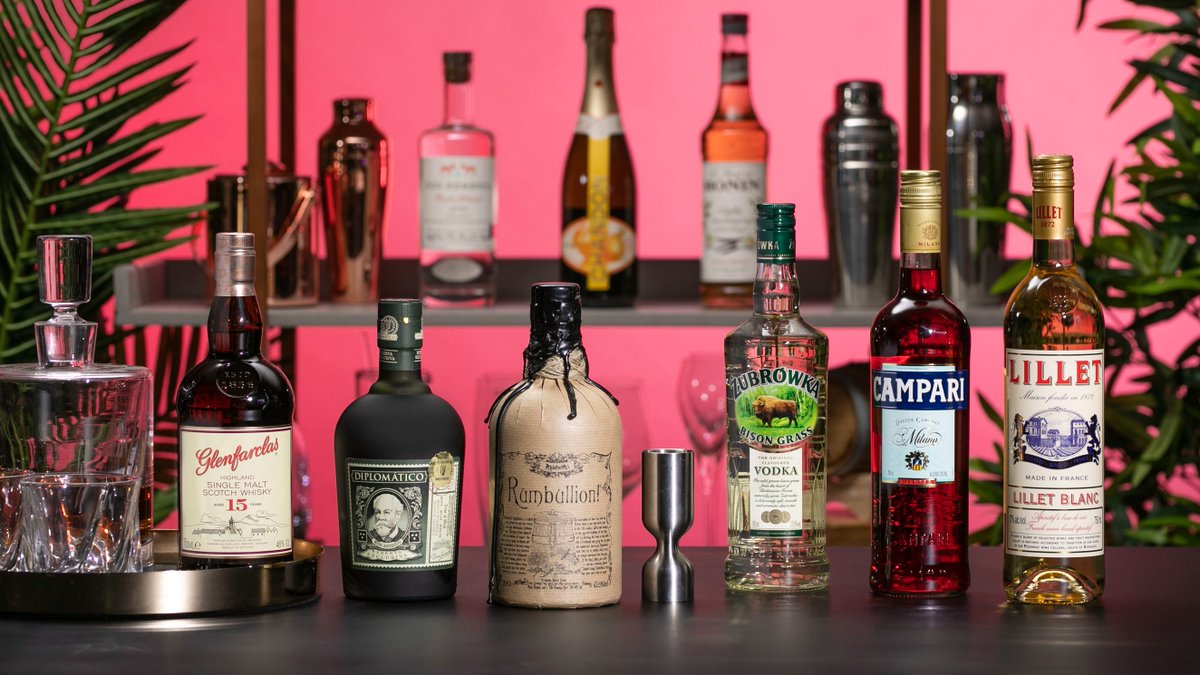 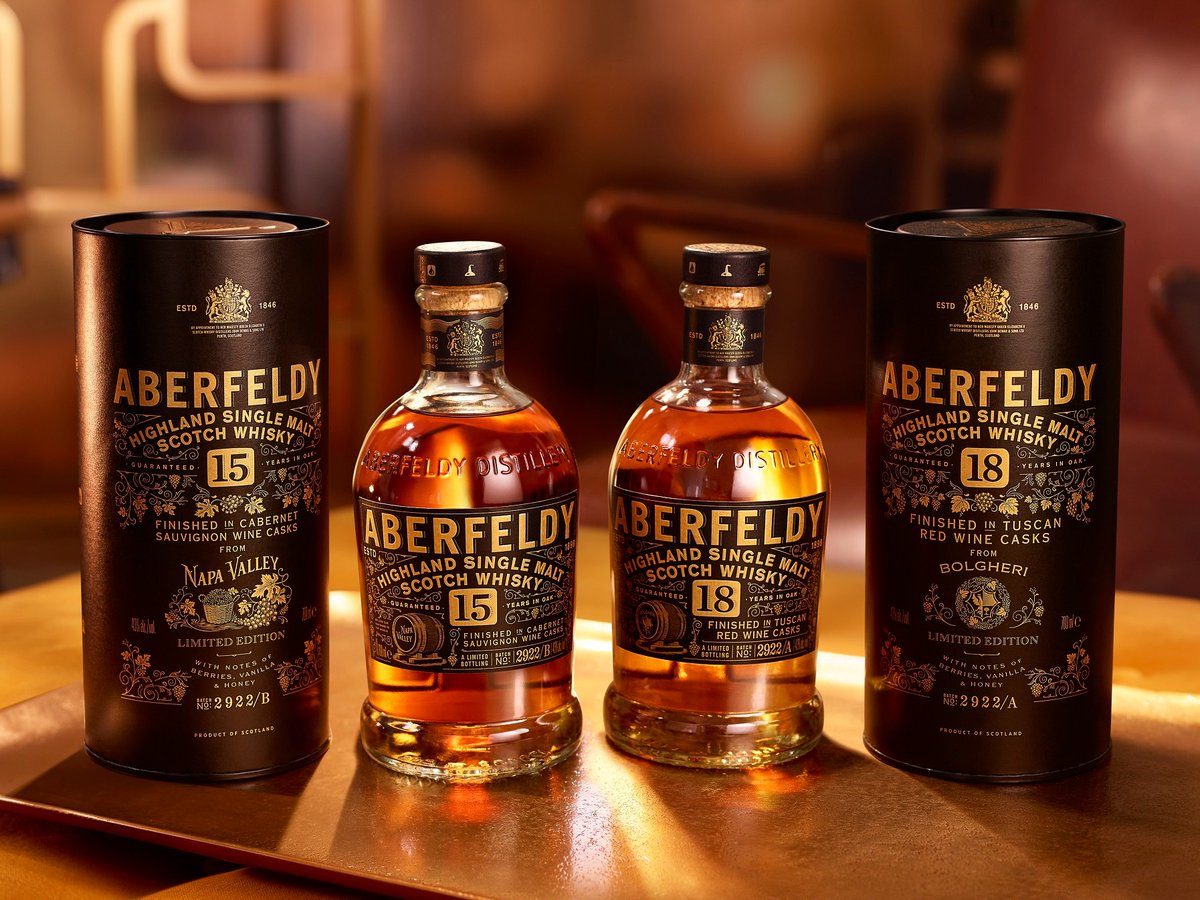 Cocktail of the Week: The Ayuuk Margarita