Around The World In 80 Drams – Week 6 – Domaine Dupont 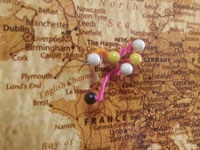 Hello and welcome to the 6th stop on my Around the World in 80 Drams expedition! Last week we were in Belgium with the Filliers fellas, and this week we’re heading south to France! I mentioned that you should prepare for apples before reading this instalment, so of course that means Calvados is on the cards! We’re heading to one of the most well-known Calvados producers – Domaine Dupont!

I also mentioned that it would take me about 20 hours to travel between Filliers and Domaine Dupont via American crocodile, which I admit wasn’t much of a hint. I think I was just a bit more concerned about locating said American crocodile in Belgium at the time, both because it would be difficult and also because if I did find one it would be absolutely bloody terrified. 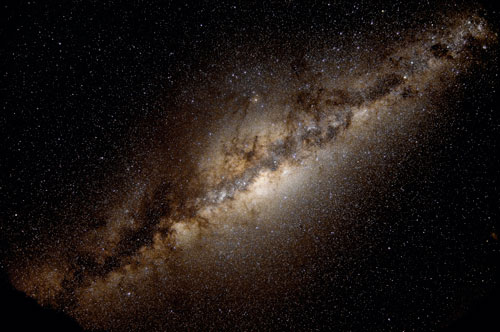 You see that one pixel there? Yeah, Domaine Dupont is probably in there… Somewhere…

Now that we’ve all come to terms with how small we really are in the grand scheme of things, it’s probably best to think of something nice instead, and La Route de Cidre is just the ticket. La Route de Cidre is a bit like the Kentucky Bourbon Trail – it’s a 25 mile route that goes past a number of cider (and also calvados) producers, and Domaine Dupont is on that route! As I’ve mentioned numerous times on the blog, I’m a proud Somersetm’n that enjoys a good cider, so I fully intend to follow this route one day…

The Dupont family first arrived at the estate back in 1887, back when it was called La Vigannerie – Jules Dupont was the tenant farmer. He sold the Calvados and cider he produced there and was eventually able to buy the estate altogether. Generations of Dupont have passed down the estate and it is now run by Jérôme Dupont in partnership with his sister Anne-Pamy Dupont.

Domaine Dupont grow their apples for their Calvados and cider (and pommeau) on their 74 acres of orchards, featuring 13 varieties of apple. The Pays d’Auge region is very well suited for growing these apples, with plenty of mineral-rich, often damp soil at their disposal. After the apples are harvested, they are washed, sorted (apples showing rot won’t make the cut) and made into cider. The cider which will be made into Calvados is allowed to age on its lees for six months before being double distilled and then aged – Domaine Dupont prefer to use barrels made from oak grown on sandy soils because the sap features a very particular vanilla note.

Let’s see how some of their Calvados tastes, then. This is their VSOP, which is aged for at least 5 years in 400 litre oak barrels, 25% of which are new. 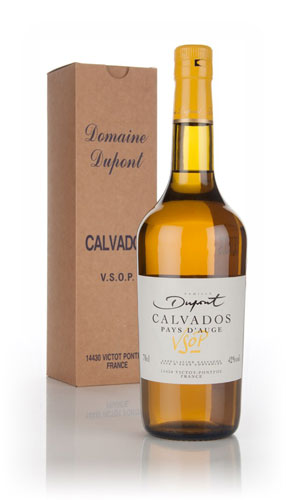 Nose: Wonderfully fresh on the nose, with notes of still, dry farmhouse cider wafting up effortlessly. A touch of choc-chip brioche, flaky pastry and cherry bakewells. Quite grassy, too.

Palate: Very creamy – lots of yummy vanilla fudge to this one. Red and green waxy apple peel too. Maintains the grassiness handsomely, never too in-your-face.

Finish: Quite long with more vanilla fudge. A soft hint of oak spice sends it off.

And so, we bid farewell to Domaine Dupont and continue to head south, where we’ll be tasting another very well known French spirit. In fact, when we get to this next distillery, we’ll actually be more west than when we started in London! We’re definitely not taking the quickest route around the world, but we will be tasting some delicious treats – quality over quickness, as the saying goes. Maybe.

Anyway, yes. Off to try another distinctive French spirit. 2pac had a song named after it, which should be a good enough hint*. It’d take me near enough 5 hours to travel there by seagull. A flock of seagulls, most likely. All carrying a giant peach. Two pop-culture reference in two successive sentences there. Jake would be proud.

*Changed my mind! We’re going to visit a different producer so we can look at another spirit with the VSOP grade, for… Reasons… It’d still take me about 5 hours to get their by seagull, though now you want to be thinking of Emperors of the French with a distinctive taste in headgear…

Free Shipping on Thousands of Spirits!