Ian Buxton
No Comments on Arbikie and Inchdairnie, the Scots rye revival

Ian Buxton returns with a look at two new distilleries, Arbikie and Inchdairnie, that may appear quite different but actually have a lot in common. Not least a common interest in reviving Scotland’s rye whisky tradition.

I’ve had the opportunity recently to visit Arbikie and Inchdairnie, two exciting new distilleries under development on Scotland’s east coast – an area relatively sparse in distilling’s history and present-day practice. 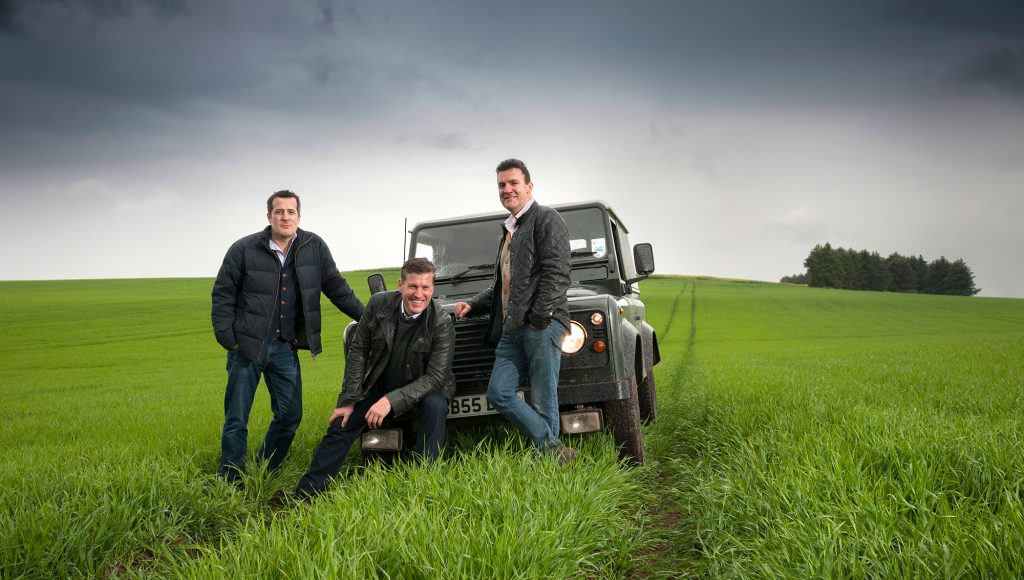 The Stirling Brothers, the brains behind Arbikie

On the face of it, they could not be more different: while Arbikie lies in the middle of some bucolic farmland with stunning coastal views of Lunan Bay, Inchdairnie is located on the edge of an unprepossessing industrial estate in Glenrothes. That’s Glenrothes in Fife, a creature of post-war planning that created a ‘new town’ in a bid to create employment through industrial regeneration – a very far cry from the picturesque Speyside scene the name may conjure up.

And there’s more. By April 2022, hopefully just as soon as the last fears of Covid subside, Arbikie will be welcoming visitors to a brand new, up-to-the-minute visitor centre while Inchdairnie remains firmly closed to the public and has no plans whatsoever to open its doors.

One was dreamed up over several drams in a New York bar by two farmers while the other was the meticulously planned culmination of a forty-year career in whisky production by a highly-regarded distillery engineer, sought after for his consulting skills. And one is as high-tech as this industry gets, with custom-designed, bespoke equipment while the other relies on off-the-shelf plant. There are no prizes for guessing which is which. 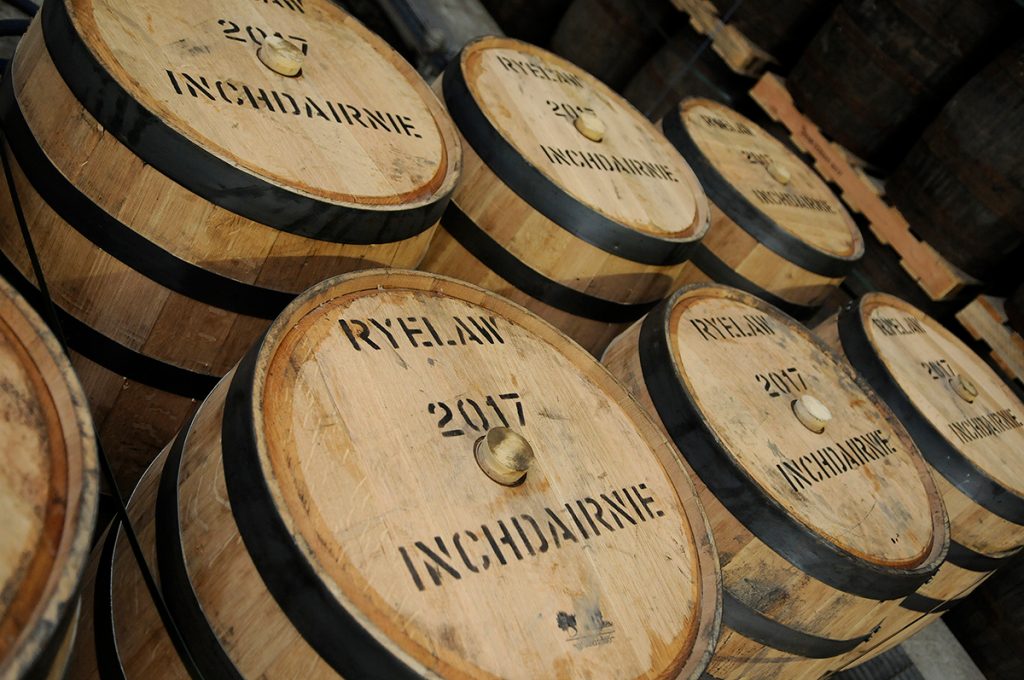 Rye has been made in Scotland before, even if it’s something of a forgotten history

But what surprised me is that, despite the apparent gulf between them, they have ended up in much the same place: one which, for Scotland at least, is highly unusual. Because, against the grain of standard industry practice, both are distilling rye and feature this as their inaugural release.

To understand this, let’s take a step back into history. Though today Scotch single malt is distilled from malted barley, with maize and wheat also used for the grain whisky essential to blends, life has not always been that simple.

Historically, other grains such as rye were used to make whisky in Scotland. At Inchdairnie, MD Ian Palmer points to the 1908/09 Royal Commission Report on Whiskey and Other Potable Spirits as irrefutable historical evidence that rye was used to make Scotch whisky.

Similarly, at Arbikie this nineteenth-century practice is cited as a tradition they have revived. It’s curious that while both are breaking with today’s orthodoxy their innovation is defended by reference to impeccable documentation but an esoteric source for all but the keenest student of whisky’s history. It seems that even the newest of distilleries look to the past in creating a heritage and provenance for their brands.

However, I’m not so sure they needed to bother. Rye is well established as a distilling grain and rye whisky a key component in many whisky cocktails, especially in the USA. Whisky enthusiasts will surely welcome a Scottish twist on this longtime classic and it surely makes sense for any new distillery to be doing something, well, new – at least in their home market. 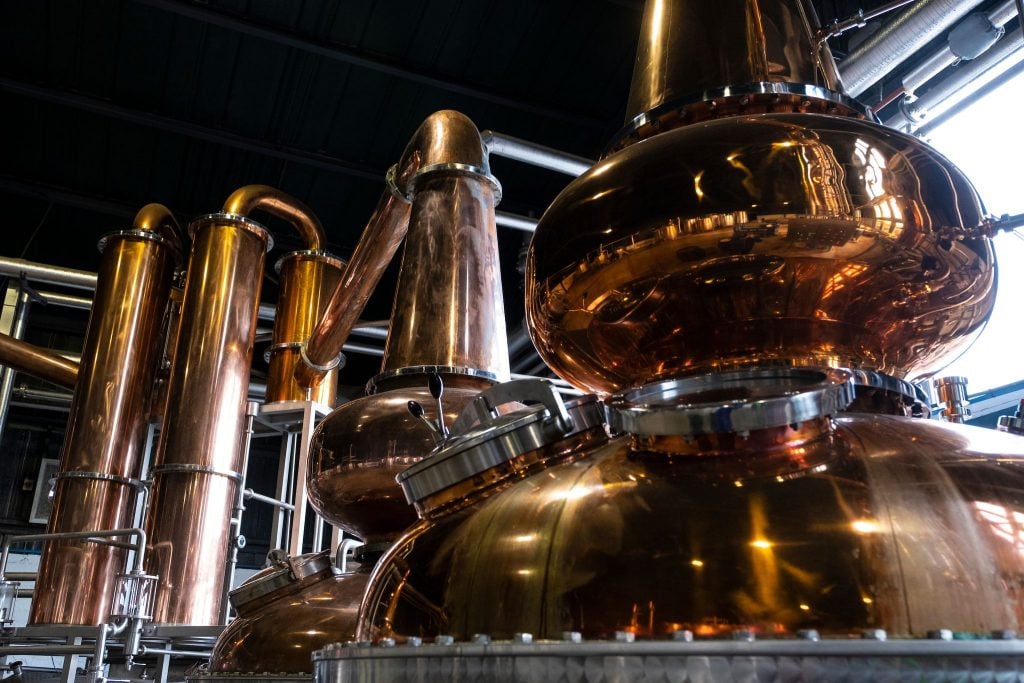 Rye made here: the stills at Arbikie Distillery

The good news is that Arbikie’s version is already available. The 1794 Highland Rye Single Grain uses Arantes rye (some wheat and malted barley are also included in the mash bill) and, in line with Arbikie’s ‘field to bottle’ philosophy, all the grain is estate-grown. Bottled at 48% at £125 a bottle, this may just be one that ends in collections, not on a bar. Though a price drop from the £350 asked for the first release, it might seem a trifle ambitious price for a brand new distillery, especially as Arbikie’s white spirits are considerably cheaper.

Turning to Inchdairnie, they have been distilling their RyeLaw style of rye since December 2017 and expect to release it sometime this year – “when it’s ready”, says Ian Palmer. If not Scotland’s first rye, which one suspects was their initial hope, it’s certainly technically interesting. To produce the more finely ground flour that suits rye the grain is prepared using a hammer mill as opposed to the conventional roller set-up and instead of the usual mash tun, a mash filter (as also seen at Diageo’s Teaninich – which may also be making rye whisky to go into Johnnie Walker High Rye) provides a higher extract of starch and sugar. 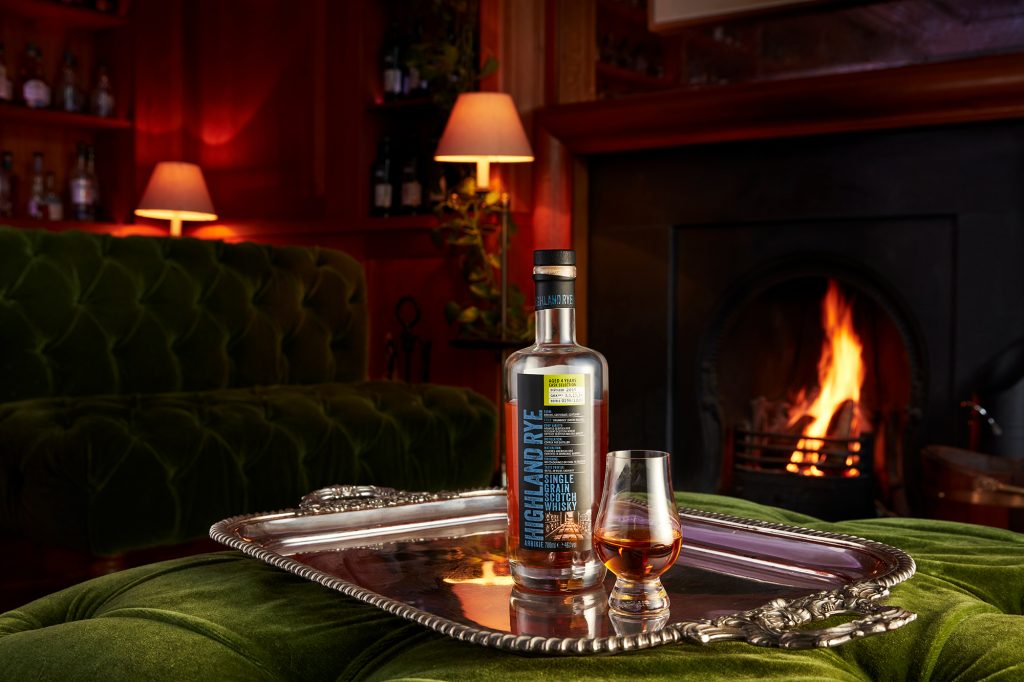 Scottish rye whisky is well and truly back

The innovation doesn’t stop there: Inchdairnie uses its own variation on the Lomond still, designed by Palmer to include six fixed condensing trays, to take the low wines. With increased copper contact between spirit and still considered vital the two adjacent pot stills are both fitted with twin condensers, providing enhanced heat recovery as an energy bonus to the process.

With so much relatively novel technology packed into one distillery and the whole site designed from the ground up it’s disappointing to tell you that there are no public facilities, though privileged trade visitors are received in a boardroom dressed with stylish contemporary art. But Inchdairnie is single-mindedly in the business of making whisky, not tourism or coffee shops and so we must be content with the website’s tantalising suggestion that “we may in future occasionally host special visits”.

Yes, but when can we buy the whisky?

But what about the whisky? As it matures in new American oak, it’s approaching the point where Palmer and his team consider it time for the launch. Personally, judging by a precious sample, I’d consider it not far off ready for bottling and tried it with pleasure. It’s a high-quality, sipping style of whisky that rewards contemplation and considered drinking. As to the price, nothing has been revealed though given Inchdairnie’s larger volumes compared to Arbikie I would anticipate it to be competitive with the wider market.

Both are a credit to their respective owners and their entrepreneurial spirit. They bring welcome fresh thinking to the industry, offering the curious drinker the opportunity to explore a style that is both a whisky classic yet something not seen in Scotland for a century or more. Firmly rooted in their locality both look confidently outward on a whisky journey that has taken them back to the future.

Master of Malt @MasterOfMalt
8 hours ago
A brand new creation from the mind of @HendricksGin master distiller Lesley Gracie has appeared. It’s called Neptunia and it aims to capture the Scottish seaside in a bottle…