It’s been a long time coming but finally the all-singing, all-dancing Johnnie Walker Princes Street in Edinburgh opens to the public on Monday 6 September. We were treated to a sneak preview. Here’s what we thought.

It has to be said that Edinburgh’s Princes Street, once the Champs-Élysées of the North, has seen better days. The grand old department store Jenners closed earlier this year and all along the street there are boarded-up shops and a noticeable shortage of tourists.

So, it’s a relief to reach the far end, opposite the Caledonian hotel, and see that another former department store, Binns, a magnificent art deco building, has been beautifully-renovated into the Johnnie Walker brand home. Diageo has even fixed the old clock which plays Scotland the Brave at seven minutes past the hour while Highland figures jig about.

It’s part of Diageo £185m splurge on Scottish whisky tourism which also includes the renovation of four distilleries’ visitor experiences, Clynelish in the HIghlands, Caol Ila on Islay (to open soon), Glenkinchie in the Lowlands and Cardhu in Speyside. The home is set over eight floors and 71,500 sq ft; it includes not one but two rooftop bars, a blending room, a shop, and a VIP whisky vault. But most of all, it’s the home of the Johnnie Walker Experience, which tells the story of the brand. So the big question is: is it worth a visit? 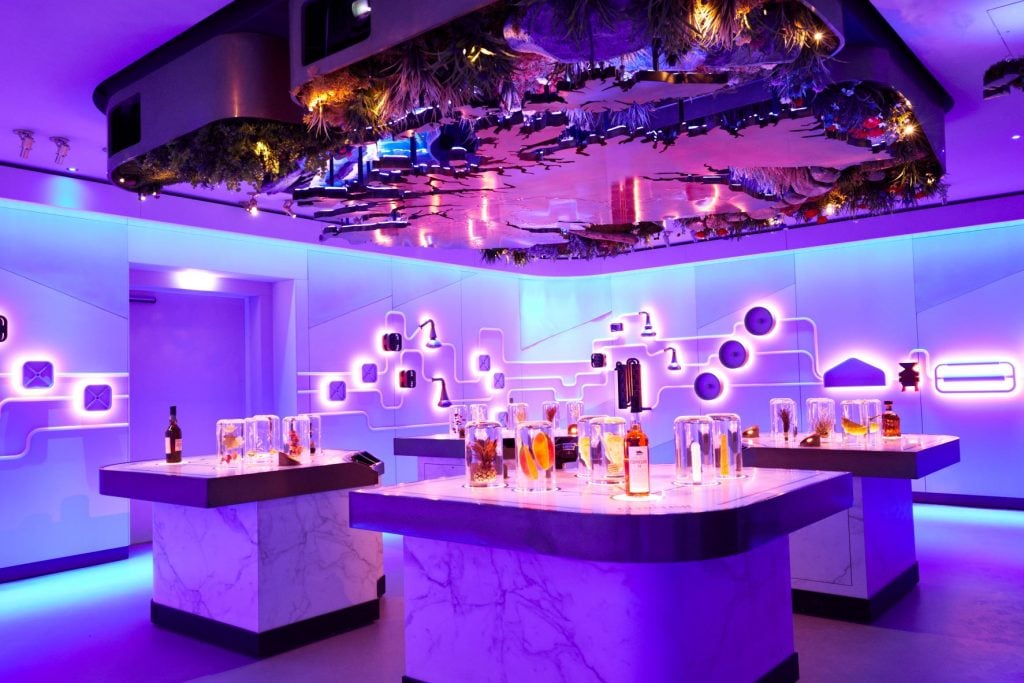 It’s all about flavour

The experience will cost you £25 as part of a guided tour and takes around 1.5 hours, and includes three drinks. Your ‘journey’, the word ‘journey’ is used a lot, starts on the ground floor where visitors take a flavour test. What you choose will determine the drinks that you receive on your tour – mine came up tropical fruit.

We then watched a short film which explained, as all brand ambassadors do these days, that whisky is for everyone, there are no rules, drink it how you will, as long as you do it responsibly etc etc. There’ll be no tartans, tweeds, slippers, spaniels, fireplaces and all the things that apparently people used to associate with whisky.

From there, we were treated to a whistlestop history of the brand told by a dancing lady on a moving walkway – keep walking, get it? It’s witty and stylish though the history is rather rushed. From there, we were guided through various rooms while the guide explained the various flavours behind Johnnie Walker, aided or sometimes hindered by stunning sounds and visuals. Along the way, we got three whisky-based drinks based on our flavour profile. These are described as “carefully controlled” in the press bumf ie. you’re not going to get merry on your journey. Non-alcoholic options are available.

The company who designed the brand home is  Los Angeles-based BRC Imagination Arts, which is also responsible for Jameson’s Bow Street visitor centre and the new Guinness experience, both in Dublin. The firm’s signature consists of amazing light displays combined with audio which at times made the visit seem more like a music festival than a whisky tour. The decor is resolutely modern, coming in somewhere between Star Trek: the Next Generation and the future bits in Bill and Ted’s Excellent Adventure. 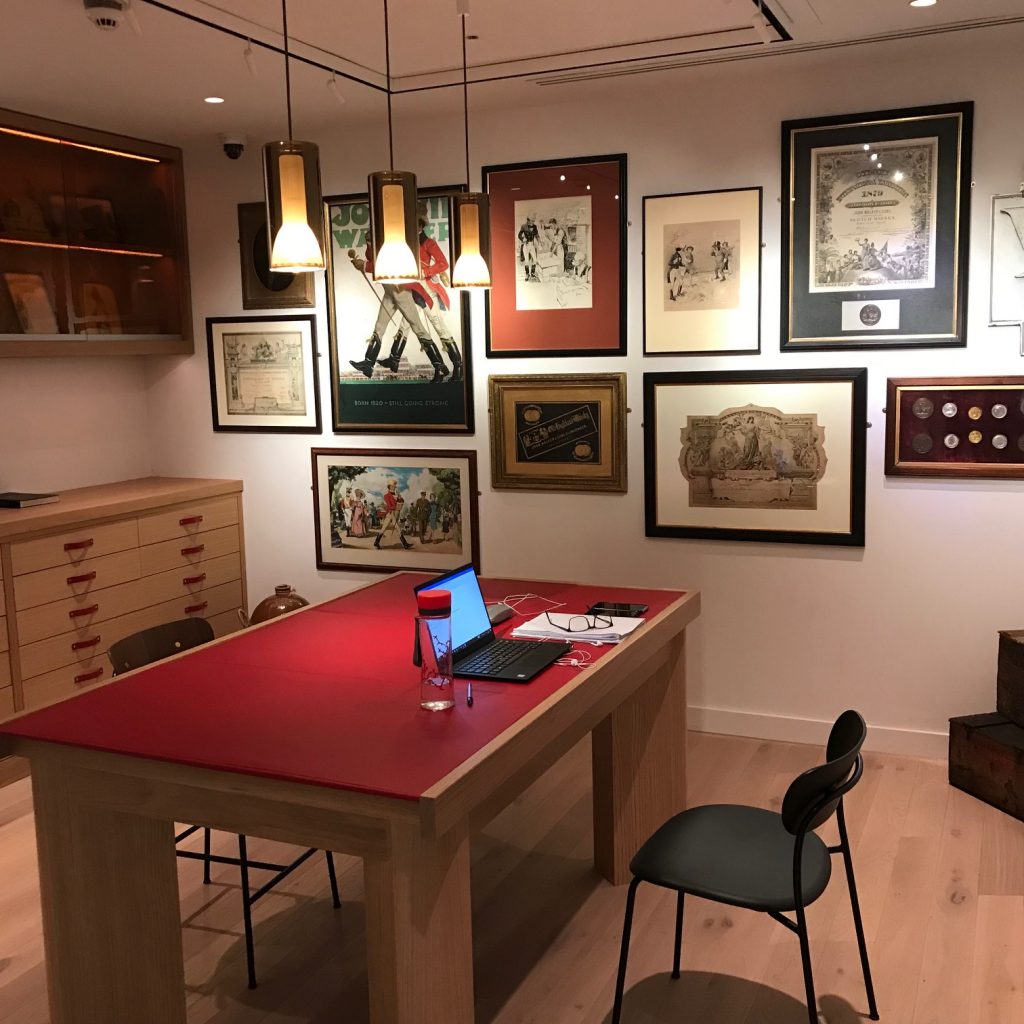 The Johnnie Walker archive, it’s not on the tour but should be

There are moments of pure magic that made a jaded old hack like me gasp. At times, the Willy Wonka comparisons are very much warranted but it’s by no means perfect.

Though it’s designed for non-whisky geeks, it also manages to be a bit confusing. There’s a room featuring the ‘Four Corners’ of Johnnie Walker, Clynelish, Glenkinchie, Caol Ila and Cardhu, but without much explanation of what they have to do with Johnnie Walker’s blends. The drinks included in the tour are no help as they are all heavily-diluted cocktails.

There are also disembodied voices of Johnnie Walker blenders, names which will mean nothing to non-whisky geeks. I think it would have been better if all the explanations came from the guides – ours was brilliant on the day.

It’s hard not to get the feeling that the pyrotechnics are all sound and fury signifying nothing. Which is a shame because the Johnnie Walker story is so rich and naturally visual. Why wasn’t more made of the brand’s striking advertising history? For all the talk of diversity, there’s very little on how or indeed why Johnnie Walker became a global icon. Imagine a section of the brand’s cultural role in India, America or the Arab world.

Our group were particularly interested in a small archive office with its old Johnnie Walker posters. It wasn’t part of the tour but we sneaked in anyway. Apparently, there will at some point be archive tours available which sound brilliant.

Finally, my worry is the futuristic decor is going to look very dated very quickly. The most visually successful place was the Whisky Makers’ Cellar, which is based on John Walker’s old cellar in Kilmarnock. 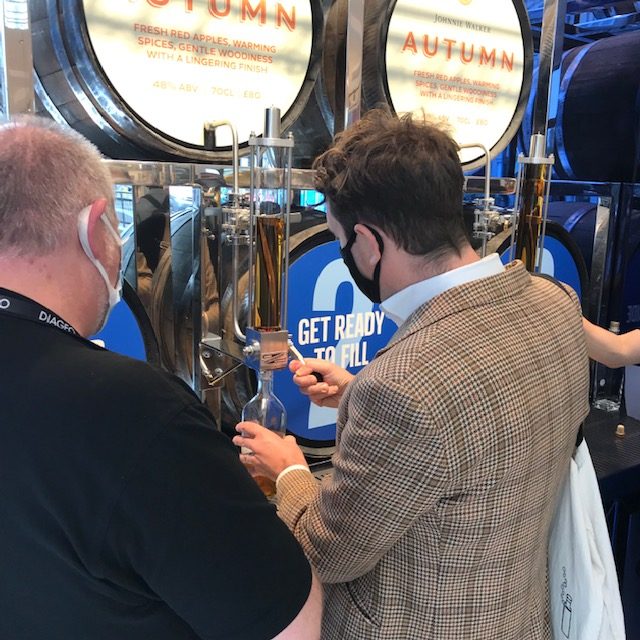 Filling a bottle of Johnnie Walker

What else is there?

In addition to the main experience, there’s plenty of other things to do on site. We highly recommend having a drink in one of the two rooftop bars with their breathtaking views across the city. Naturally, there’s a shop where you can fill your own bottle.

Then there’s the Whisky Makers’ Cellar in the basement where a brand ambassador will blend for your group one of 11 different Johnnie Walker’s based on your personal tastes. Then the dreaded disembodied voice will tell you about your blend. The cellar contains various casks including some that are maturing into what will be a special Johnnie Walker Princes Street blend.

Finally, there’s the invitation-only VIP Whisky Vault – housed in an old bank vault – which has the most astonishing selection of whisky samples from Brora, Port Ellen, Roseisle and other ‘unicorn’ whiskies. 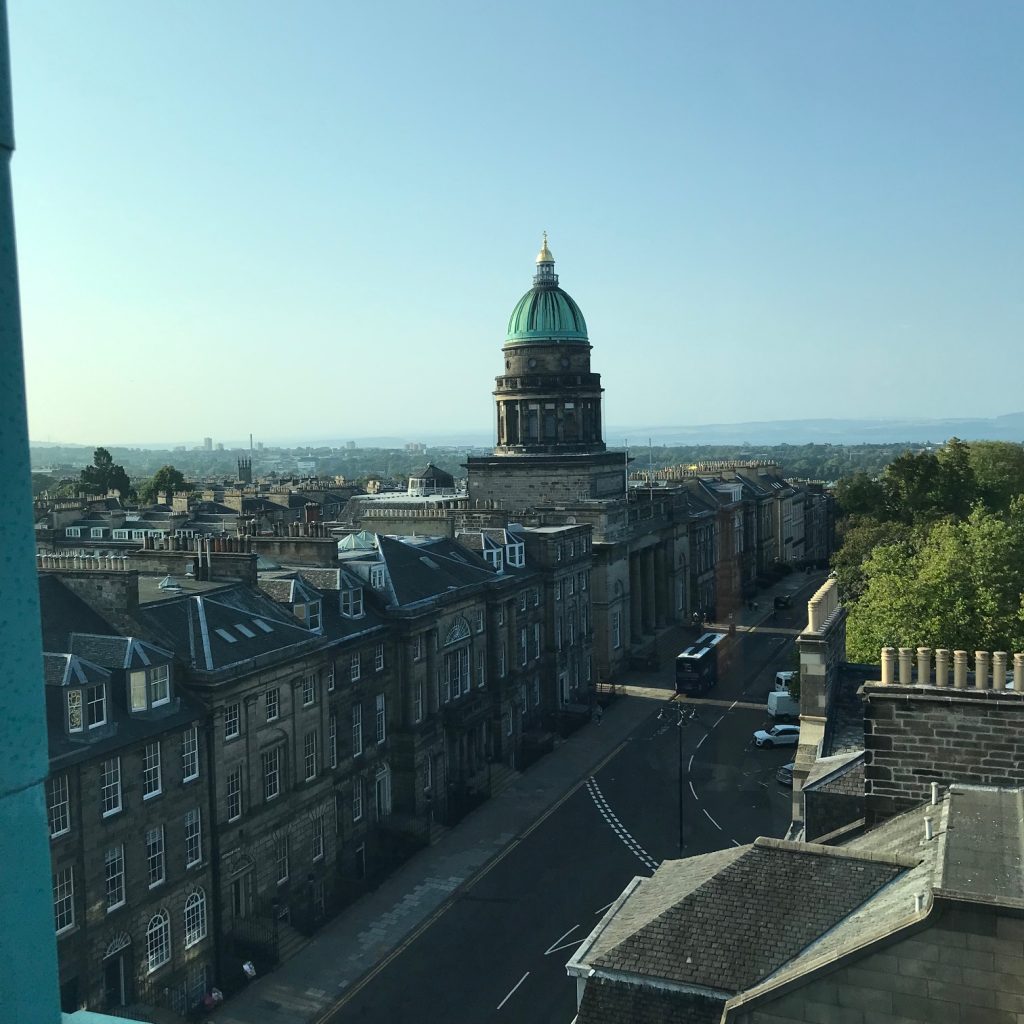 So, should I visit?

If you’re in Edinburgh, it’s well worth a visit, even if it’s just to have a drink and enjoy the amazing views. The tour is fun, visually-impressive and has a real magic about it. Having said that, if you’re a proper whisky nerd, we recommend you do the blending experience in the Whisky Makers’ Cellar or better still, get a bus to nearby Glenkinchie where the same team has done an amazing job of upgrading the visitor experience without Disneyfying a working distillery. It’s particularly good at explaining where various flavours come from during the whisky making process. Again our guide was superb.

Overall, it’s great that Diageo is investing so much in Edinburgh and to see a fine building put to use. Maybe that’s the answer to all those emptying department stores, turn them into drinking experiences.