A botanical white rum? Brilliant! Why has no one done this before?

Annie Hayes
1 Comment on A botanical white rum? Brilliant! Why has no one done this before?

Sound the innovation klaxon and ready your tasting glass, because last week Amsterdam’s Spirited Union Distillery debuted what it believes to be the world’s first botanical white rum. Here, founder Ruben Maduro gives MoM the lowdown on his lemon and blue eucalyptus-spiked agricole bottling – and explains why flavour innovation and transparency are crucial in the mission to broaden rum’s reach…

When it comes to deciphering the meaning behind a distillery name, there’s no ambiguity when it comes to Spirited Union. At the Amsterdam-based site, the team brings rum and botanicals – real ones, no artificial flavours in sight – together in one pioneering bottling, ‘til drinks do them part. The most recent nuptials? Union Lemon & Leaf Rum, launched just last week, brought together in holy matrimony by founder and rum aficionado Ruben Maduro.

“We started about three and a half years ago on a mission to add a new approach to the rum category,” explains Maduro, who grew up on the Caribbean on the island of Aruba. “I’ve always been disappointed with the amount of sickly-sweet and artificially-flavoured rums, and really wanted to combine flavours with rum in an honest way – completely transparent, with real botanicals, so I started looking for rums from specific distilleries and regions that have certain flavour characteristics.” 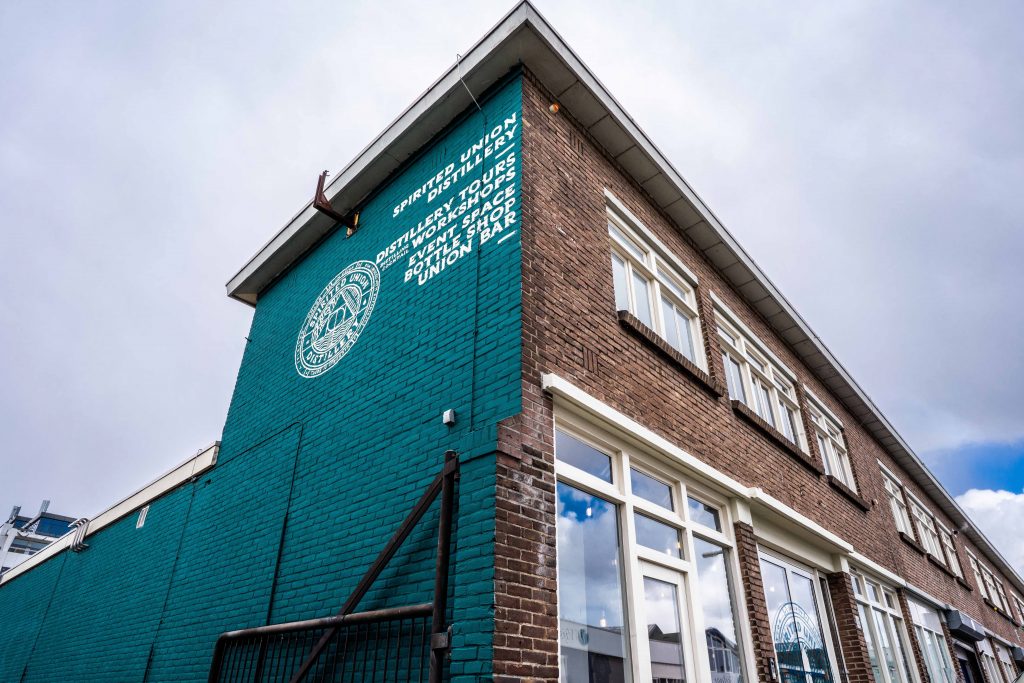 By adding botanicals, Maduro wanted to evolve those flavours and shake up the category by creating an entirely new rum style. With Union Lemon & Leaf Rum he sought to create a “fresher drinking experience” and set about pairing vegetal, earthy rhum agricole from Mauritius – made by distilling sugar cane juice – with citric, herbal botanicals. “We infused the agricole with Amalfi lemons and then redistilled it to create a citrus rum distillate,” he outlines.

They did the same with Blue Mountain eucalyptus from Australia, which introduces menthol notes, and again with Uva Highland black tea, a Sri Lankan tea grown at high altitudes. “It’s very similar to white tea in terms of flavour and it’s a great flavour conductor,” Maduro continues. The mix was rounded out with kina bark, sarawak pepper and sarsaparilla root, to “bring a bit of that robust spiciness you want and expect from an agricole”.

The bottling follows the launch of Union Spice & Sea Salt (originally known as Union 55 Rum – same recipe, but recently rebranded) earlier this year, which sees cask-aged rum from Barbados macerated with Madagascan vanilla and cloves, Guatemalan cardamom, raw Peruvian cacao and mineral-rich Añana sea salt for 55 days. Regardless of whether they’re experimenting with dark, golden or light varieties, allowing the rum to shine is key, he says. 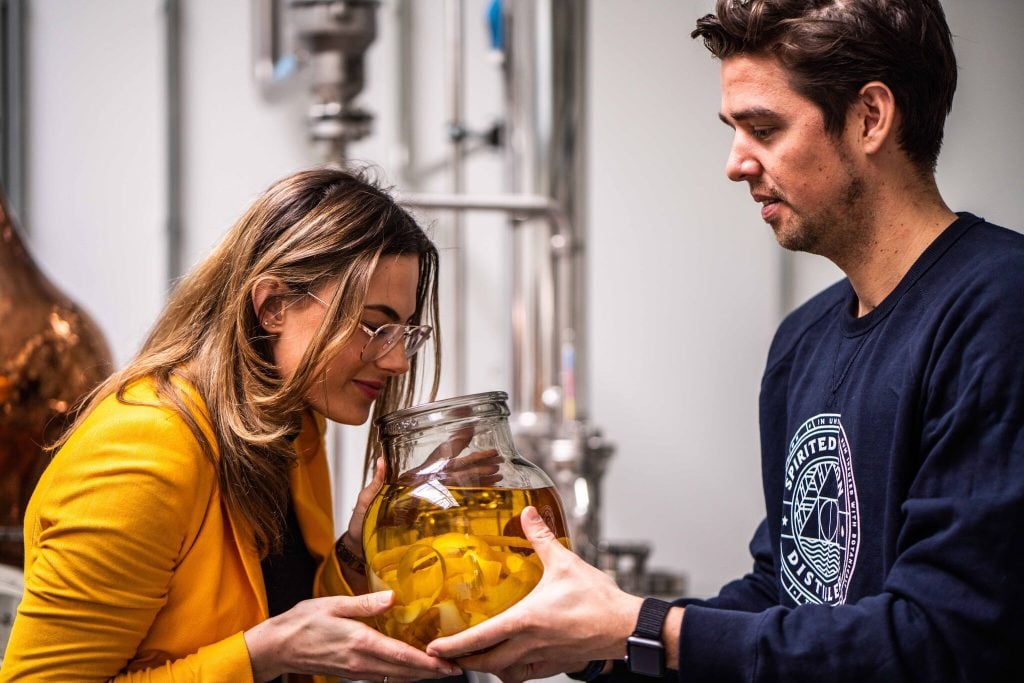 When formulating the recipe, the team starts by picking out the most prominent characteristics of the base spirit. “Rum is very diverse, there’s a lot of different styles, so we look at the flavour notes and aim to amplify those with the botanicals,” says Maduro, as opposed to working towards a designated botanical profile. Since no single standard exists for what constitutes rum – the category is revered for many reasons, but consistent rules and regulations certainly aren’t among them – there aren’t any definitive legislative hurdles for Spirited Union to overcome. Instead, “the challenge for us is, like any start-up brand, going against the status quo established by the bigger brands,” he adds, “being creative about the category and introducing new approaches to broaden rum’s reach.”

In moving away from the traditional spices and ingredients associated with flavoured rums, the team hopes to tap into a different drinking occasion, he continues. “Most rums are dark, heavy, indulgent and rich, so we’re trying to add some excitement to the white rum end of the category,” says Maduro. “There’s a lot going on already in terms of ageing and traditional authentic rums but not much in the lighter segment.”

This, in turn, will no doubt broaden the category’s appeal for rum newbies. For the devout G&T drinker, a botanical white rum and tonic will taste far more familiar – and appealing – than a neat finger or two of its oak-aged counterparts. Speaking of serves, how to imbibe Union Lemon & Leaf Rum? Maduro suggests grabbing a copa glass, filling it with plenty of ice and topping a measure with your favourite tonic. Alternatively, try mixing with a botanical soda, or get creative with a cocktail: Highballs, Sours, or any refreshing long drink you fancy – just don’t forget to raise a toast to the happy couple.

Master of Malt @MasterOfMalt
15 hours ago
Transport your taste buds with the stunning range of #rum from Ron Santiago de Cuba! Whether you're looking for a well-matured sipper, or you're shaking up some cocktails, this super selection will have you covered.