Win a pair of tickets to The Open Championship with Loch Lomond!

Master of Malt
13 Comments on Win a pair of tickets to The Open Championship with Loch Lomond!

Love terrific Highland single malt and watching people wallop tiny spheres great distances with metal sticks? Then we’ve got a competition that’ll suit you down to a tee. We have teamed up with Loch Lomond to give you a chance to win a pair of tickets to The Open Championship at the Carnoustie Golf Links in July!

Not only will you be getting two tickets to The Open Championship for Friday 20 July, you’ll also receive two nights’ accommodation with dinner in Glasgow, a visit to the Loch Lomond Distillery, a bottle of Loch Lomond Carnoustie 1999 (RRP £150) signed by master blender Michael Henry, and arrangements for UK travel will be taken care of. 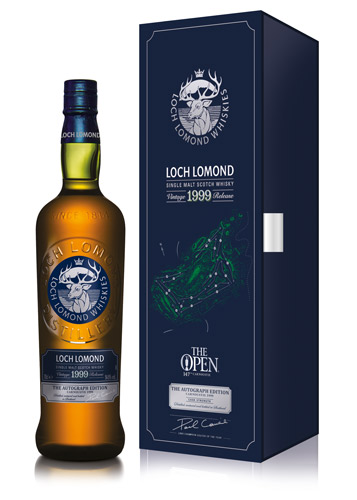 Two tickets to The Open and this tasty bottle could be yours! 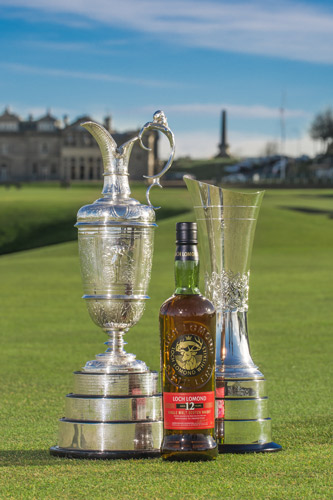 Loch Lomond and The Open – a winning pair!

The Open, golf’s original championship, is the oldest of the four major championships in professional golf (and the only one held outside of the United States), so you can expect to see some the sport’s best players competing admirably against each other. It’ll be like Lee Carvello’s Putting Challenge but with less balls ending up in the parking lot.

Loch Lomond is one of the most adaptable whisky distilleries, housing a unique selection of stills under its roof. There are two traditional copper pot stills, six copper pot still that have had their swan necks replaced with rectifying columns, and a Coffey still too. This collection of equipment allows the distillery to create a range of single malts with differing flavour profiles, as well as blends, blended malts and single grain whiskies too.

Earlier this year, it was announced that Loch Lomond had agreed to a five-year partnership with The Open Championship, with Colin Matthews, CEO of Loch Lomond, saying “There is an incredibly strong alignment between the worlds of whisky and golf, two of Scotland’s most iconic gifts to the world.”.

And with that, we wish you good luck, folks!