Jess Williamson
No Comments on Whisky of the Week: Glen Scotia 18 Year Old

The latest in our series of whisky tastings voted for by you, it’s Glen Scotia 18 Year Old! Classic Campbeltown character shines through in this mellow, buttery single malt.

We’re tasting a new whisky every week, and we’re letting you choose what we’re sipping. Want to have your say? Make sure you keep up to date with our Instagram Stories so that you can get your votes in for the next tasting!

This week you made a fabulous choice and chose Glen Scotia 18 Year Old for me to taste, and I was thrilled. There’s nothing better than getting stuck into a well-aged Campbeltown single malt.

This particular unpeated release spends its first 17 years maturing in a combination of refill bourbon casks and refill American oak hogsheads. Then, those casks are vatted together and filled into first-fill oloroso sherry casks for a 12-month finishing period.

Glen Scotia was founded in Campbeltown in 1832 when the region was a major hub of Scotch whisky production with 28 or so distilleries – now there are just three. Records as far back as the 1800s show that Campbeltown has enjoyed a long-standing love affair with the use of sherry casks, something that is being revived in this release.

Campbeltown, given its location on the west coast of Scotland, is known for the coastal influences in the region’s whiskies, along with dryness and, sometimes, funky pungency. Those qualities are here in Glen Scotia 18 Year Old, but given its age, the funk is dialled down compared to some Campbeltown whiskies, with the buttery notes from the American oak leading the way, along with some dried fruit and spices thanks to the sherry finish.

Nose: Straight off on the nose is super buttery and super creamy with praline, milk chocolate, and buttery nuts. Underneath it all is a savoury note which is a little bit funky.

Palate: Milk chocolate raisins come through straight away before leading into salted caramel. Again, a savoury note runs underneath, before cinnamon butter brings a bit of spice.

Finish: The tail end is really dry, with a mineral-like note among all the spices. 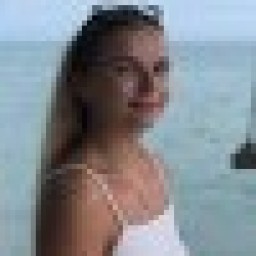 Jess Williamson has been writing for Master of Malt since 2019 having studied at the University of Bristol, contributing regular features as well as formulating Master of Malt's quarterly Trends Bulletins. You'll usually find her trying new whisky and food pairings, bar-hopping, or rollerskating (not in that order).

Cocktail of the Week: the 1796 Spritz