Ian Buxton
No Comments on Whisky Heroes: The Whisky Barons

Ian Buxton returns to add The Whisky Barons to his Whisky Heroes series, and shed some light on how former Prime Minister David Lloyd George fits into the picture in a tale that’s all too familiar…

A major European war; an embattled Prime Minister with a flexible attitude to the truth and a reputation as a serial womaniser; a background of rising taxes; a leader beset by the probing inquiries of Parliamentary Select Committees; and consistent reports that the Honours system was used to reward friends and party donors.

Nothing, it seems, changes. You might reasonably conclude that I am writing about current affairs, but the lines above describe equally well the British political situation in the early years of the twentieth century and the then-dominant figure of David Lloyd George. He was the holder of a number of high ministerial posts, most notably Chancellor of the Exchequer and later Prime Minister. He was also the leader of the Liberal party, then a considerable force in British politics, and a self-appointed scourge of the drinks trade who was noted for his libidinous behaviour, apparent from his nickname ‘the goat’.

Levels of personal and corporate taxation were significantly lower than today. There were also fewer regulations, and government oversight. This made it possible for buccaneering entrepreneurs to make a great deal of money in the whisky business. Fortunes were also lost, and there were failures – most notably the Pattison brothers – but success for some was crowned by social acceptance alongside great wealth. 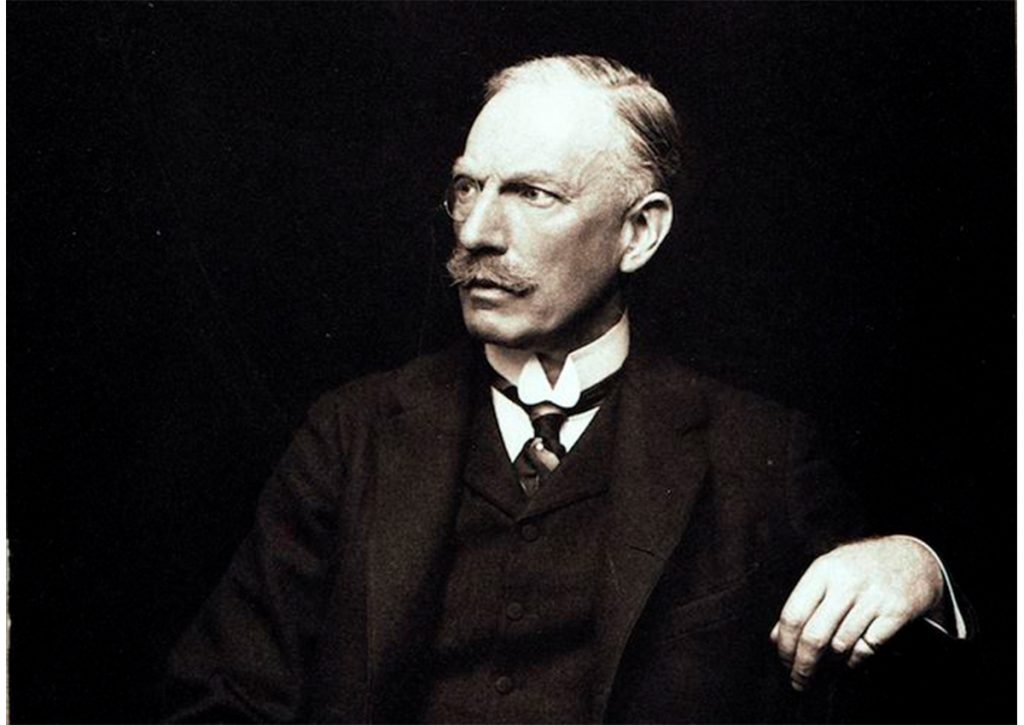 That’s Sir Peter Mackie, to you

This group, described by author Allen Andrews in his account of the period, became known as the Whisky Barons. In his book of the same title, Andrews describes them as “the last of the merchant adventurers in individualistic capitalism [who] showed far more bounce and daring than is considered decent today.” Apt when Andrews was writing in 1977, it rings even more true today in our age of corporate conservatism.

The group was made up of largely self-made men who rose from comparative obscurity and relatively modest backgrounds to become not simply wealthy but celebrities whose every observation and social activity was enthusiastically covered by the media. They also shaped the whisky industry that we know today and, in many ways, laid the foundations for the global ascendancy of Scotch whisky. So who were they and where does Lloyd George fit in?

Between 1902 when Tommy Dewar received his knighthood (he was later raised to a peerage) and 1924 when James Stevenson of Walkers was made Baron, there were a series of awards. Tommy and John Dewar were first knighted and then further elevated; the suave and dapper James Buchanan became Baron Woolavington; Peter Mackie of White Horse was knighted as was Alexander Walker. Officially, of course, this was for political, charitable or national service. Both Dewar brothers, for example, had been MPs at various times, though in Tommy’s case only briefly and for the Conservative party, Lloyd George’s principal opposition. 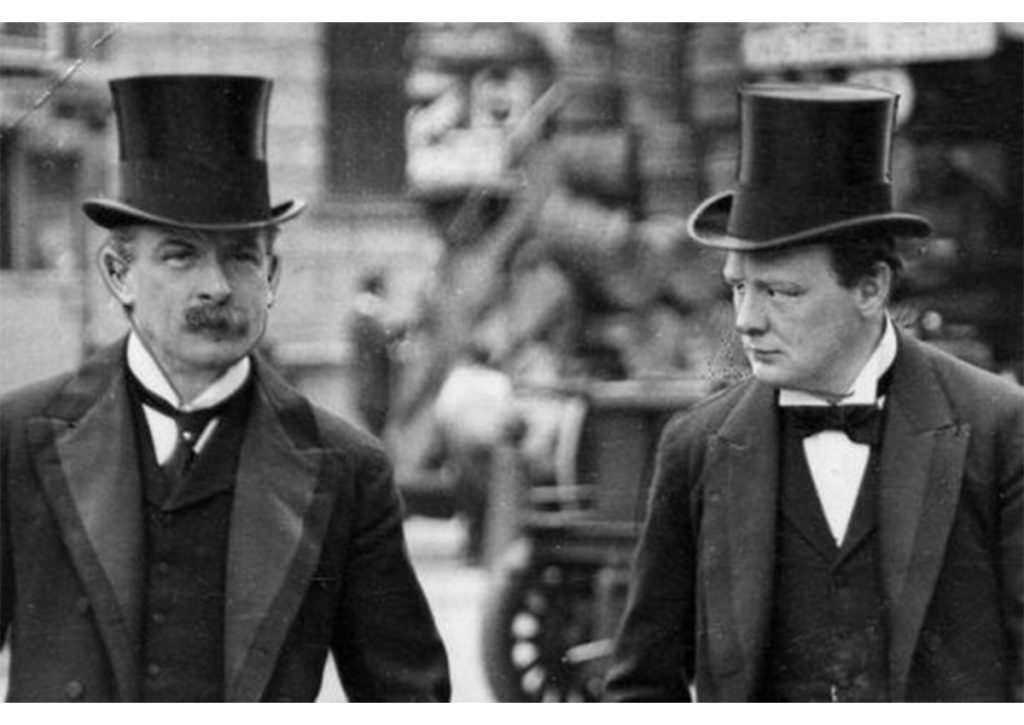 The era of blends

Like the others in this group he benefited from some good fortune: the decline of brandy production, due to the phylloxera infestation which plighted European wine production; the greatly increased fashionability of Scotland, then a loyal part of the Union and the global reach of the Empire creating international markets for British products.

But, again like the others, he was an energetic and creative salesman, a natural marketer and, above all, sensitive to what the market demanded. In the late 19th and early 20th centuries, that was high-quality blends. On such products, combined with astute sales and marketing, rested the reputation of brands such as Johnnie Walker, Dewar’s, Buchanan’s (Black & White) and ‘Restless Peter’s’ White Horse – and, as we know, blended whisky was to dominate the Scotch whisky market for the next seven or eight decades. Indeed, blends still account for around 90% of Scotch’s worldwide sales.

So these men shaped the whisky industry to their own advantage and, in doing so, grew very wealthy. But they also sought social status and, through the awards system, received recognition and the acceptance of upper-class society. Nominally, British honours are awarded by the monarch, who, at that time, was advised by the Prime Minister (today a similar system applies, albeit with a more active role played by the Honours Committee). 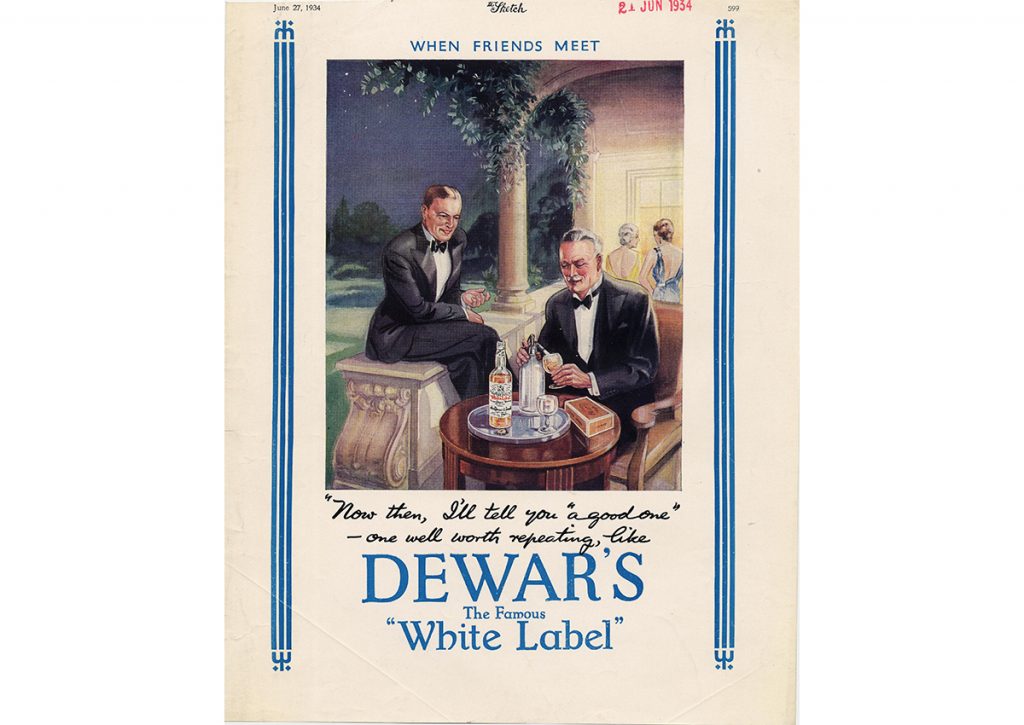 When friends met back then, more than whisky was shared…

While Lloyd George was notorious for his hatred of the liquor business (he frequently referred to as ‘liquor traffic’) he is better remembered by political historians for the blatant sale of honours, which funds supplemented Liberal party funds.

While details remain sketchy about many of his underhand deals, it’s notable that relatively few honours flowed to the whisky industry after he lost power. And, most famously, James Buchanan’s elevation is reputed to have followed a donation of £50,000 (around £1.5m in today’s money). Shrewdly though, Buchanan is said to have post-dated his cheque and it signed ‘Woolavington’, thus ensuring that it could not be presented for payment until his 1922 New Years’ Honours List award had been publicly announced.

Just imagine – a Prime Minister whose word could not be trusted. Perhaps very little changes after all…

Toasts over tariffs: American whiskey’s cause for optimism