As the world’s first carbon-negative distillery, Two Drifters is battling climate change one bottle of rum at a time. Here, MoM caught up with head distiller and co-founder Russ Wakeham to find out about the planet-friendly production process behind their Black Sails range of rums. . .

Prior to distilling, husband and wife duo Russ and Gemma Wakeham were real-life drifters*. Before they fired up their stills in April last year, Russ was an organic chemist working in carbon capture and storage. Based in Vancouver the couple had been dreaming of a change of pace and were looking for ways to return to the UK.

“With chemistry you have to find a new job every two years – it can be in any country, anywhere, doing anything – and so we were drifting,” says Wakeham. “We wanted to get back to Devon, which is where both Gemma and I are from. There’s little in the way of chemistry jobs down here – no industry to speak of – so we decided to create our own.” 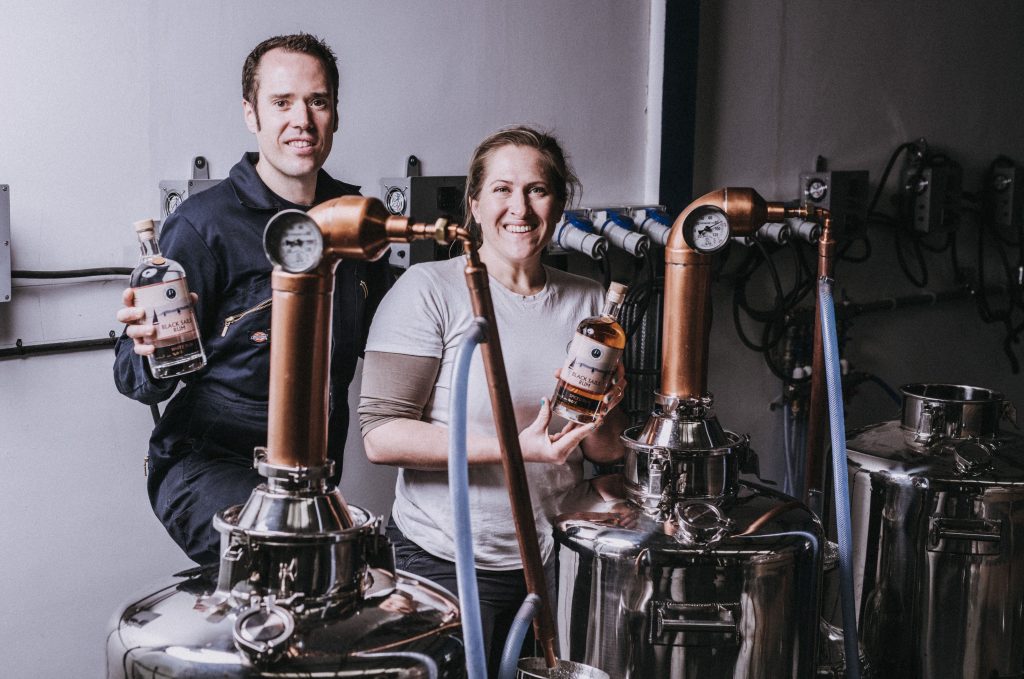 The two drifters behind Two Drifters

They set out to make the distillery as environmentally-friendly as possible from the get-go. “I’d met a lot of people working in carbon capture and carbon storage who had lots of cool ideas that I thought were really exciting and interesting, kind of technologies of the future,” he says. “With that knowledge, I couldn’t in good conscience set up a business without decent environmental credentials. It had to be at the core of everything we do.”

One such company was Climeworks, a Swiss company that uses ‘direct air capture machines’ to effectively suck CO2 straight out of the sky and remove it from the atmosphere. The process turns CO2 into a chalky material, which is then buried underground (where it came from!) To achieve a carbon-negative status, Wakeham tallies up their total CO2 emissions – “from growing the sugarcane all the way through to delivery to customers,” he says – and offsets more than the total calculation via Climeworks’ clever tech. It’s an expensive process.

“The price per tonne of CO2 from the machine is about £800,” Wakeham says, “and the tax on CO2 is about €17. So it’s far cheaper for a company to chuck it in the atmosphere and pay the tax than to suck it out the air. Until the technology has more investment and those numbers come closer, there’s no real incentive for a business to do what we’re doing.”

To keep the bill down, Russ and Gemma look to save CO2 through every available avenue. Each possible choice is made according to the lowest carbon option. All the brewing and distilling equipment is electric and runs off zero-emissions energy. They use an electric van for local deliveries and carbon-neutral courier DPD for everything else.

When it comes to the carbon footprint of your ‘average’ rum, the process of farming and cultivating sugarcane; transportation – both in terms of raw material and bottled liquid – and packaging all factor heavily.  At 30% of the total emissions bill, glass especially is the largest contributor. “Glass is infinitely recyclable, but you have to collect and recycle it responsibly, and that just doesn’t happen,” he says. “More than 50% ends up in landfill, which is nuts for a fully-recyclable material.” 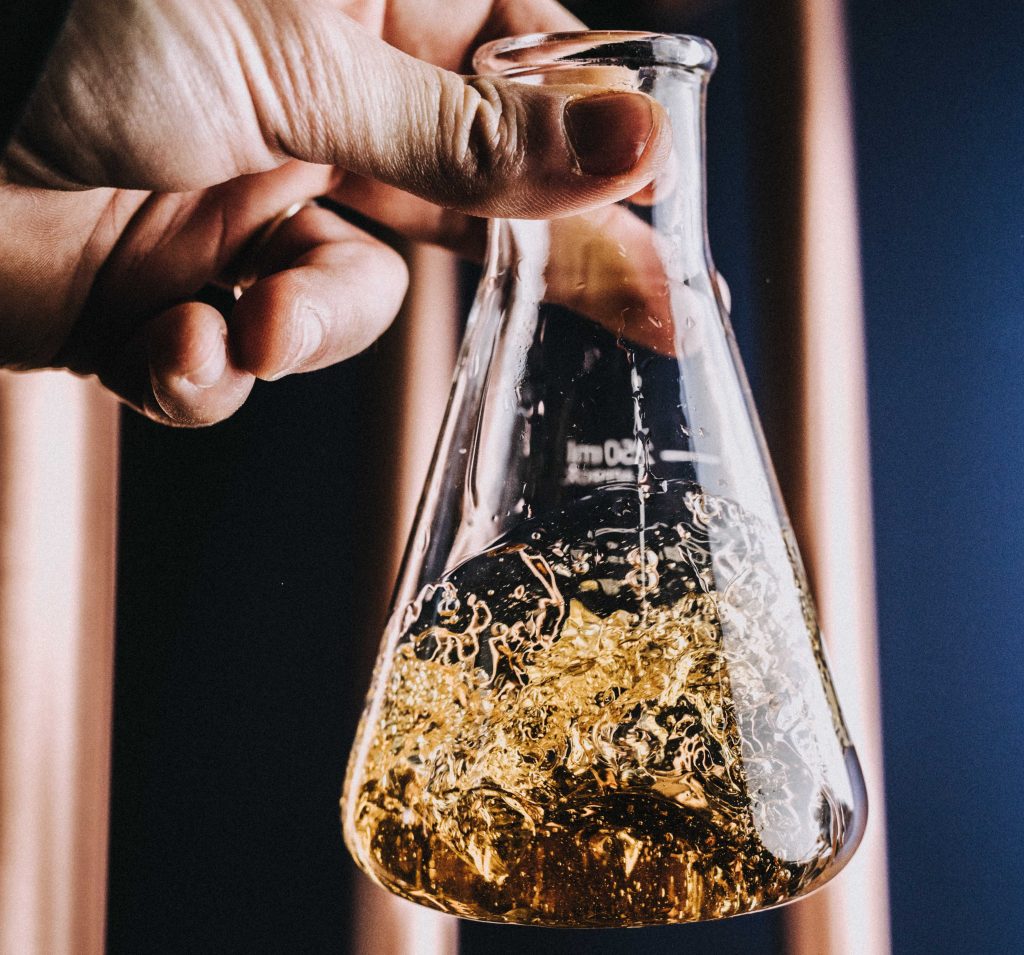 Yo ho ho, and a conical flask of rum!

To make their rum, Two Drifters source molasses from Tate & Lyle in east London. “The sugarcane is generally grown in central America, refined here in the UK, which is great because we get a nice consistent product, and then shipped to us, so you can follow the pathway,” says Wakeham. At the distillery, the team adds “water, yeast, and lots of nutrients, because molasses is pretty void of any goodness for yeast.

After a seven day fermentation, and two distillation runs, Wakeham is left with “a really tasty white rum”. He dilutes the liquid down to 40% ABV to make their Black Sails White Rum; for the Dark Rum, he adds burnt sugar, and there’s a Spiced Rum he describes as “rum that is spiced – not quite a traditional spiced rum”. The fourth bottling, Gold Rum, is their first foray into barrel ageing.

“Since we’ve only been going just over a year, we haven’t had much time to age extensively but we’ve had some good success using little barrels – and these are really little; 10-litre, 20-litre ones,” Wakeman says. “A couple of weeks ago we won a Silver award at the World Rum Awards for our Gold Rum. We’re ageing some at the moment that should be ready for summer. Tasty stuff.”

* The name is also a reference to their wedding day. “When we got married, Gemma walked up the aisle to Moon River, and in there is the lyric ‘two drifters/off to see the world’,” says Wakeham. “It was on all of our wedding stationary – so it’s always been a theme.”