The relationship between booze and brews

Annie Hayes
No Comments on The relationship between booze and brews

A great cup of coffee is a beautiful thing, and it has far more in common with your favourite tipple than you might think. Ahead of World Coffee Day on 1 October, we look at the parallels between roaster, distiller, bartender and barista with some of London’s top coffee producers.

The worlds of coffee and alcohol collide now more than ever, as multinational coffee companies like Starbucks and Costa marry booze and beans in select stores. Meanwhile, the Espresso Martini has settled into bar menus as a modern classic cocktail. Whether it’s beans or booze, most of us are willing to shell out a little extra cash on quality liquid – in return for information about when, where, and how it was made. Transparency is key for coffee aficionados, who covet ‘single source’ or ‘single origin’ beans.

“When you come into our cafe and buy a drink or buy some beans, each coffee will state the country, the region and the specific farm it’s from,” explains Kane Statton, head roaster at Nude Coffee Roasters. “It’ll also have the farmers’ name, the altitude the coffee is grown at, the specific variety of arabica; there are three or four thousand varieties. It’s very, very detailed and very, very transparent.”

Various influences dictate the final flavour profile of a given coffee on its journey from farm to cup. “Broadly speaking, coffee is like wine,” explains Simon Humes, quality Control and production manager at Origin Coffee Roasters, “the variety of the plant, the terroir of where it is grown, how it is processed, and subsequently roasted all have an impact on the coffee’s flavour profile.” 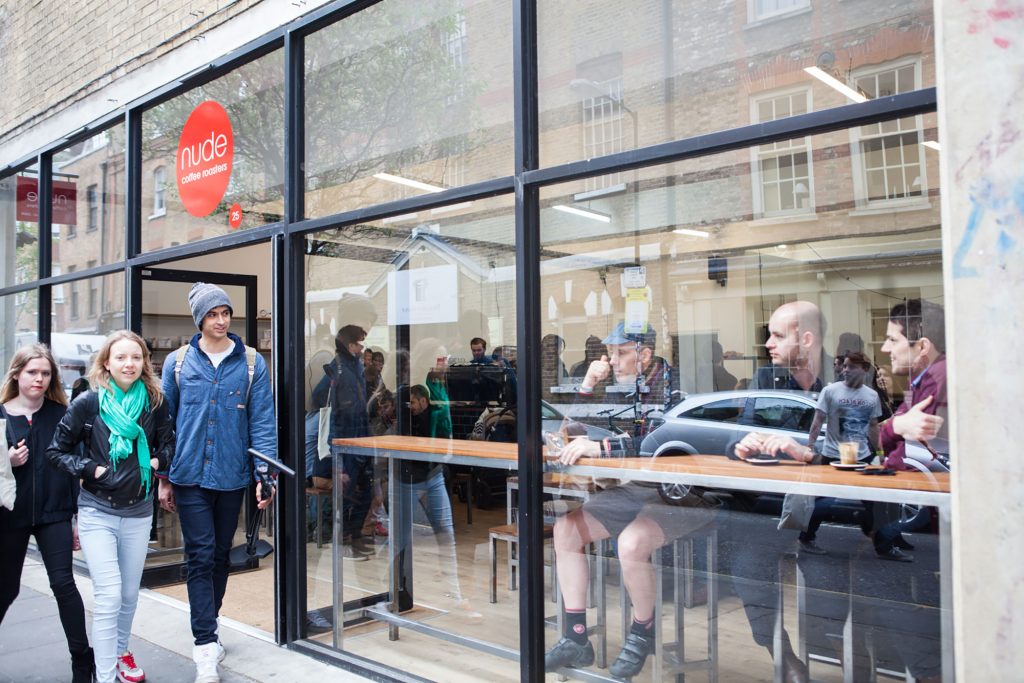 Certain flavours are typically associated with certain regions, he continues, and botany has a role to play, too. Blackcurrant, for example, is commonly linked with Kenyan coffee; the Caturra varietal is associated with citrus flavours. “The combined impacts of geography and variety lead to a vast array of flavour notes, and is ever-expanding as industry leaders are continuously discovering or creating new profiles to explore.”

Once harvested, the coffee cherries (yes, cherries) are processed to reach the seeds within. There are several methods, each of which is pivotal to the final flavour of the cup. “A coffee that has been subjected to the ‘washed process’ – where water is used to dissolve the fruity layer surrounding the seeds – will have a lighter, more delicate, more acidic profile than a coffee that has been ‘naturally processed’ – where the coffee is essentially picked and left to dry in the sun,” explains Humes.

How the coffee is roasted – light, medium or dark – also affects the flavour. “As roastery, we roast everything pretty light, because we’re trying to showcase the natural terroir of the coffee,” explains Statton. “Whereas traditionally in Italy you might aim for a really robust, strong, sweet but bitter flavour, and that’s from roasting the coffee for a longer time and exposing it to higher temperatures.” 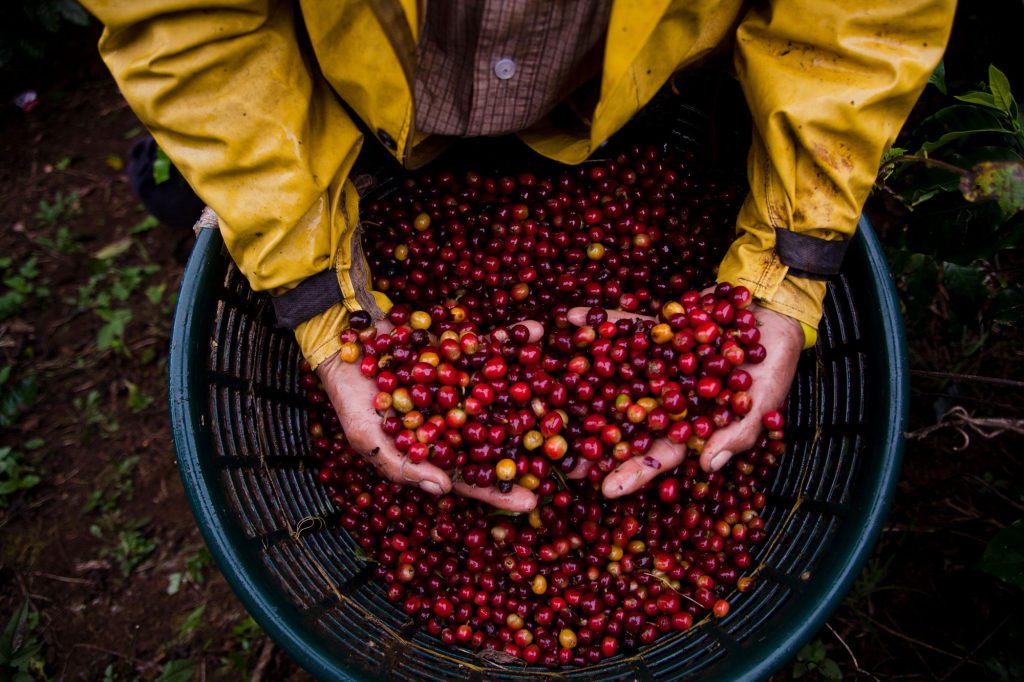 These little beauties are coffee cherries. Yes, you read that right.

Then, finally, there’s the skill of the barista. “There is a number of brew methods available in coffee shops today and each has their own tendencies,” says Humes. “A good barista will have the ability to manipulate each method for pleasing results, reacting the coffee’s inherent flavour profile which is an accumulation of the efforts at each step of the journey from farm to cafe.”

There are huge similarities in the ways bartenders approach cocktails and baristas approach beverages, not just on a day-to-day basis but also in terms of career aspirations. Global competitions provide a platform for the world’s best baristas to get technical across all aspects of coffee service, Humes says, from brewing to drink presentation and tasting. “The competition scene is more rigorous and professional than ever, with dedicated competitors investing many hours and a lot of money into their routines,” he says.

Take the following excerpt from a London coffee contest, which sounds almost entirely like a cocktail competition brief: ‘Judged by a panel of industry figureheads, the fast-paced knockout battle format of Coffee Masters saw 16 baristas showcase their skills head-to-head across a broad range of disciplines. With a prize of £5,000 on the bar and the prestigious title of Coffee Master, the stakes are high’. There are usually three main challenges, explains Statton: an espresso course, a milk course, and then a signature beverage made against the clock. 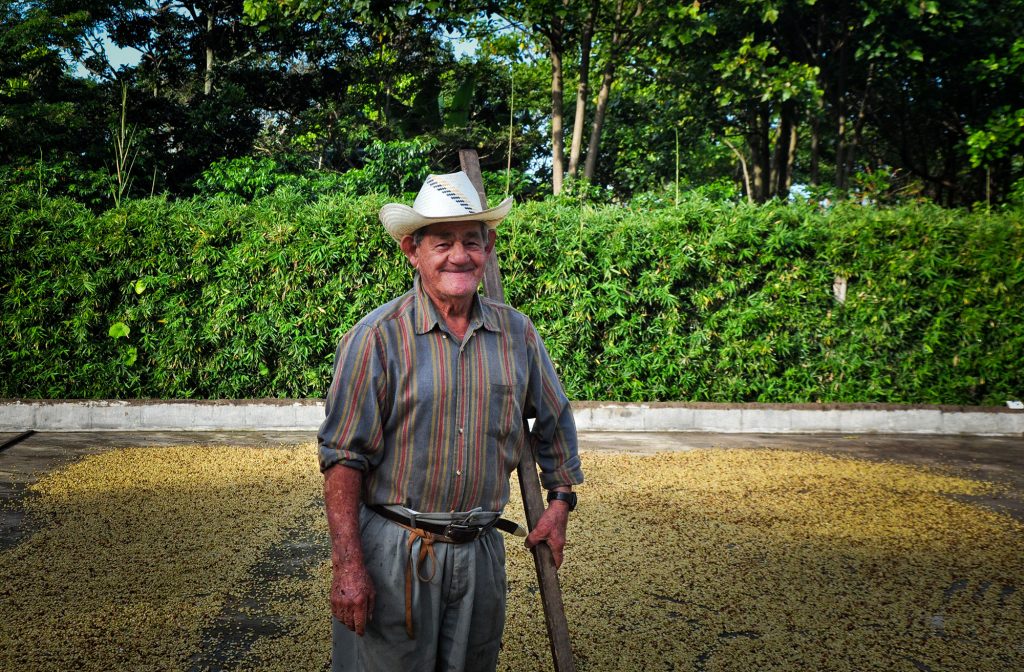 Innovation is occurring across the globe, something coffee shares with craft distilling

“They’re normally cooking on the stage, matching their espresso with certain ingredients too,” he continues. “So if it tastes like chocolate, caramel and blackcurrant you might see someone making a compote or a syrup with those ingredients.” Using technical kitchen kit, for example – a sous-vide – baristas conjure “the sort of theatre that you might see in a Heston Blumenthal restaurant,” he continues. “They’re partly inspired by cocktails, partly inspired by Michelin-starred chefs.”

As in craft distilling, innovation is commonplace among speciality coffee producers. Over the past two years, Origin has pioneered a ‘frozen natural process’ with Carlos Pola, a producer from El Salvador, “whereby the coffee cherries are frozen as they are removed from the trees,” Humes explains, an idea that stemmed from ice wine. Some are even barrel-ageing their beans in former wine casks – ageing is a divisive topic within the coffee industry. “Some businesses are investing in it as a prestige product, however, it is also true that the flavour notes produced by the ageing process are systematically regarded as negative in the grading of coffee,” he says.

Others are trialling unique fermentations, inspired in part by the wine industry, says Statton. “They might add brewer’s yeast or wine yeast or ferment the coffee using an anaerobic fermentation, or they might use carbonic maceration, which is a technique taken from Beaujolais wine in France,” he explains, which results in fruitier and more complex flavours. “Let’s say we’re in El Salvador, and our coffee usually tastes slightly chocolatey – with a carbonic maceration you can get flavours like blackcurrant, mango, and orange. People are really experimenting with processing and fermentation to try and affect the final flavour, or at least have more control over it.” 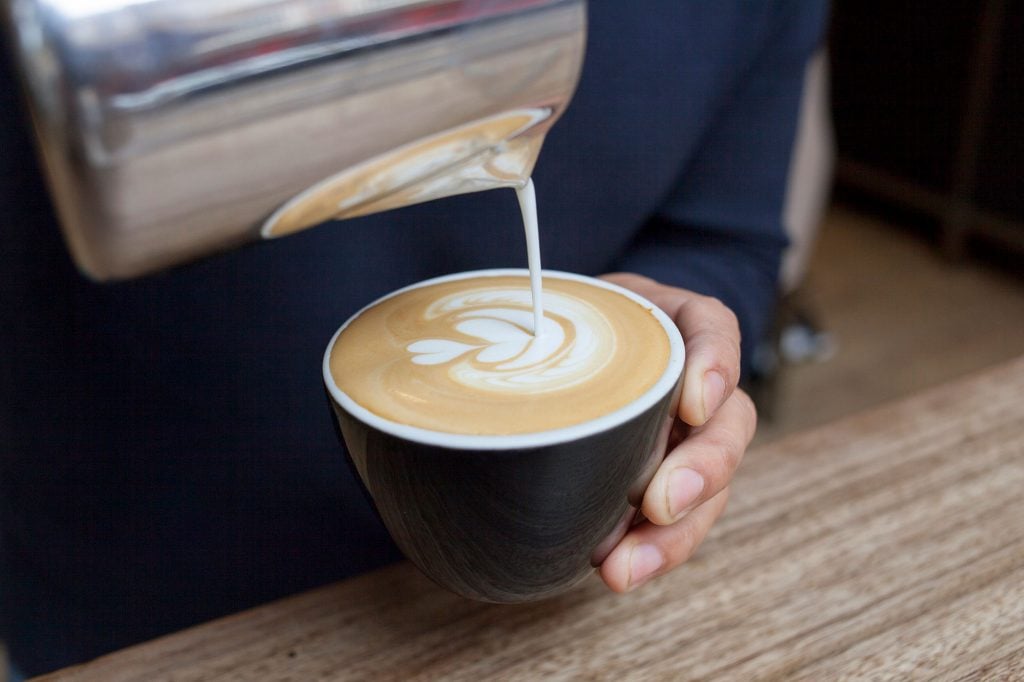 Next time you sip your morning pick-me-up, take a moment to consider the similarities it shares with your favourite dram – both are rich, complex liquids with myriad stories to tell.