Millie Milliken
No Comments on The new faces of absinthe

As London gets its first absinthe distillery, Millie Milliken arms herself with an absinthe spoon and discovers the elixirs that are giving the spirit a new lease of life, and why the category might just surprise you.

Among my taxidermy collection are a mouse with a Jacobean collar (Blackadder), a Victorian menagerie of hummingbirds (The Jackson Five) and a sleeping mouse (Cheese). None of them, however, come close to the specimens that inhabit absinthe parlour, The Last Tuesday Society, in Hackney. One of my last visits to the curio-stuffed absinthe bar saw me take a perch next to a stuffed lion called Leonora (see header) sitting upright and wearing a red top hat. Directors Allison Crawbuck and Rhys Everett sure know how to do whimsy.

They also know how to make absinthe, having just opened London’s first absinthe distillery. It’s where they make Devil’s Botany from a small base in Leyton, using British wheat base spirit and 14 botanicals, including grand wormwood, green anise, devil’s claw root, meadowsweet and elderflower.

It’s part of a new wave of absinthes that includes Hendrick’s version, launched in 2019, which join more established brands such as St George and, of course, La Fée in changing people’s perceptions of this misunderstood, historically demonised and enigmatic spirit.

Yet, there’s still plenty of work to do. Those stories of hallucinations, green fairies and setting sugar cubes on fire still abound, and it’s ban for nearly a century, in the US in 1912, France in 1915 and the rest of Europe, hasn’t done its reputation many favours. But a world-wide repeal throughout the early noughties led to its re-emergence.

With so much history, ritual and romance, not to mention famous drinkers including Oscar Wilde and Ernest Hemingway, it’s a category that home drinkers are starting to rediscover. So fix yourself a Death in the Afternoon, pop some Piaf on the record player and settle in. 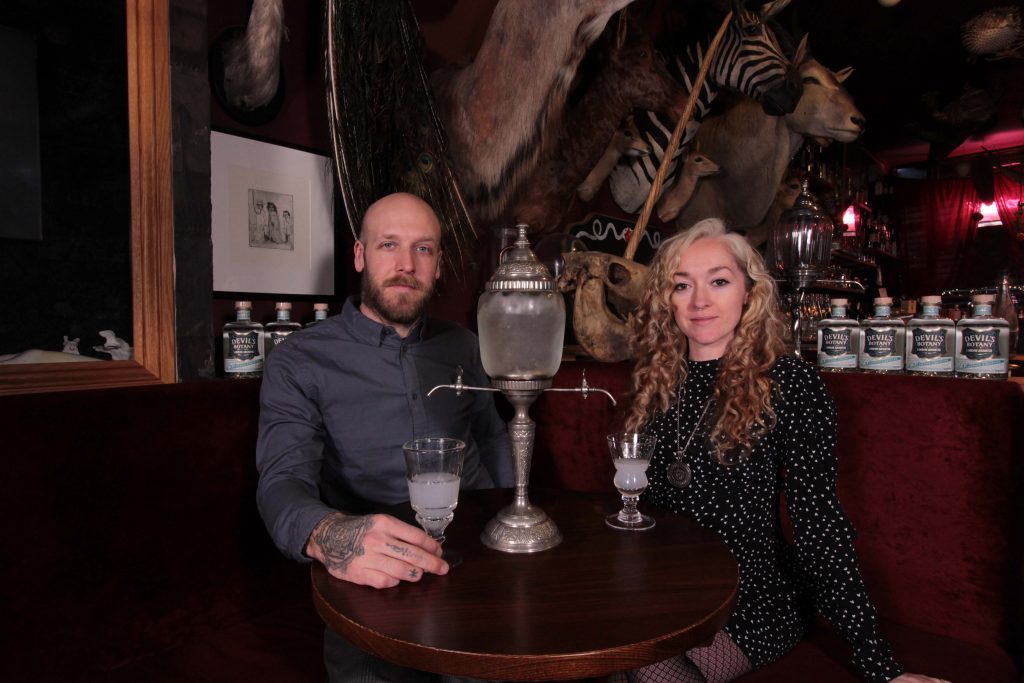 “It’s always been the dream,” explains Crawbuck when I ask her why she and Everett decided to make their own absinthe. “We opened the bar in 2016, importing our absinthes from other artisanal distillers in Switzerland and France, sharing their stories, learning from their history, and seeing where we could make our own mark.”

It was important for them to highlight the complexity of absinthe, converting the naysayers who voice their dislike of aniseed and showing that there is so much more beyond it. “Our research found lots of 18th century recipes for herbal elixirs, so it was a mixture of finding out what went into the absinthe and making sure that we’re using botanicals used pre-ban and creating our own twist on it,” says Everett. “We chose herbs that grow around Hackney Marshes, but also those that make a difference to the absinthe to give it a more unique flavour. That’s how we landed on elderflower and meadowsweet.”

They also wanted to highlight the ‘bleue’ (clear) style of absinthe, as opposed to the more famous ‘verte’, which originated in Switzerland and was perfected during absinthe’s ban to cleverly trick officials looking for the giveaway green liquid. The absinthe also ‘louches’, turning a beautifully milky white on impact with water, a mark of a high-quality absinthe.

Someone else who has a keen eye on absinthe is Lesley Gracie. She may be better known for being the master distiller for Hendrick’s Gin, but 2019 saw the bar world in a frenzy when she presented them with the brand’s very first absinthe.

From her lab up in Girvan, she set herself the challenge of creating one that showed the best of star anise, but also made it approachable – not to mention giving people a lower ABV.

“The way that we produce gin is very similar to how you make absinthe,” she explained. After all, absinthe is also a botanical spirit. “I really like absinthe, but some of them that are out there are so strong: if you have something at 70% ABV, you drink it and your ears melt and fall off. We pulled the strength down to 48% abv which means that when somebody makes a cocktail with it, they can pour a proper measure and really allow that flavour to shine through.” 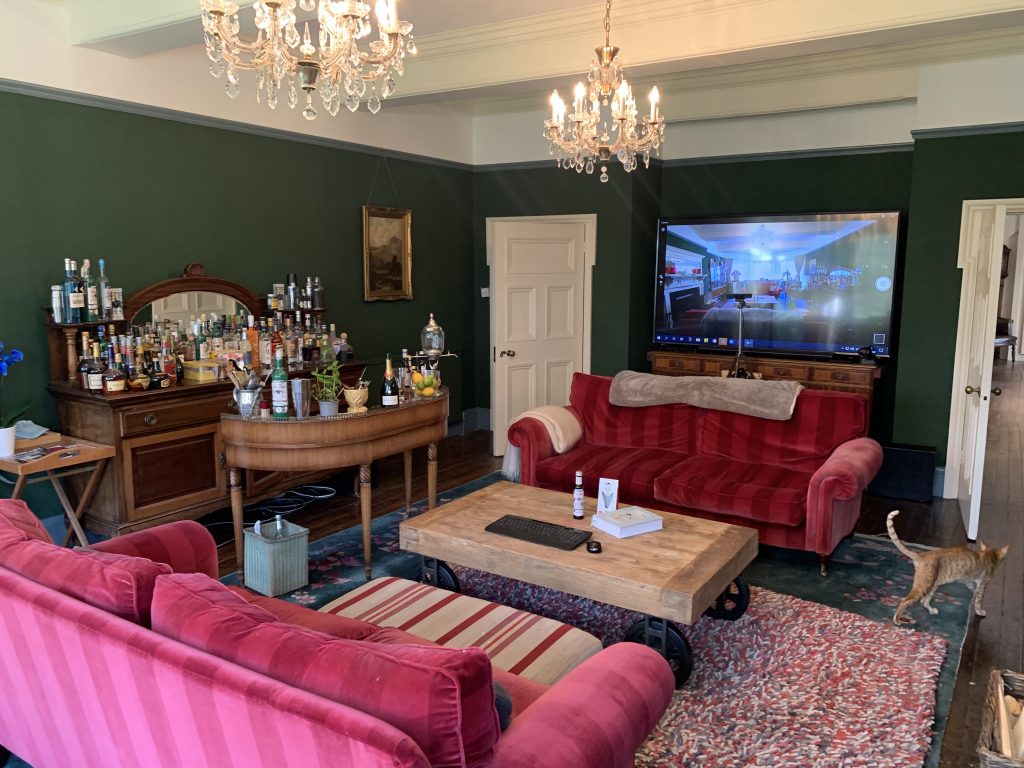 None of this would have been possible without the help of a chap called George Rowley. The brand owner of La Fée, which was launched in 2000, also helped kickstart the repeal of absinthe’s ban in Europe. I (virtually) meet him in The Green Room, the very square footage where it all happened.

In the late 1990s, he set about making his own absinthe. He travelled to France to meet Marie-Claude Delahaye, owner of Musée de l’Absinthe to discuss how to go about it. It didn’t go well. “A week later I decided to write her a letter that said, ‘I understand where you’re coming from and we know absinthe is legally banned in France, but if we could find a distillery that used to make absinthe would you be the source of the recipe from the museum so we could guarantee that what we were selling was real absinthe?’ She agreed.”

And so La Fée was born. It was launched at The Groucho Club, helmed by none other than legendary bartender Dick Bradsell who chose Bohemian Sours to showcase it. Fast-forward 21 years and Rowley has just added a new 20cl version of his Parisienne bottling to the collection. It comes complete with an autopourer (for a fuss-free serve) and a menu including cocktails such as the French Mojito, Spider Highball and the La Fee Sour. Drinks that bring absinthe into the 21st century. 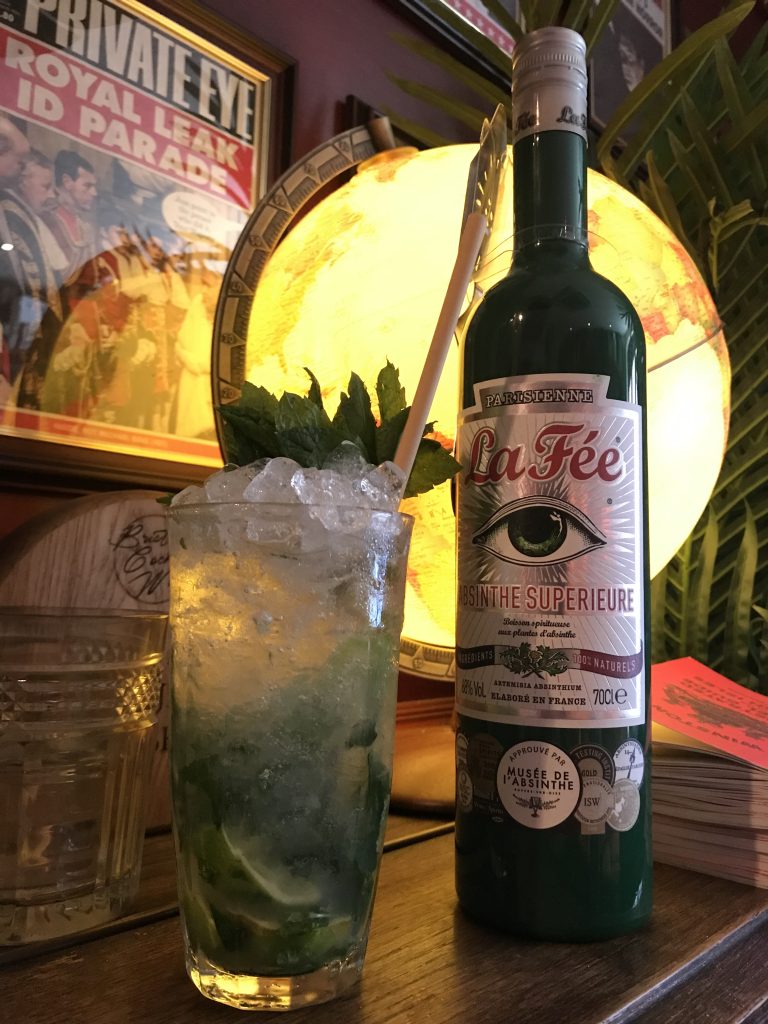 The French Mojito made with La Fee

Crawbuck too suggests simpler drier serves a world away from the traditional ritual of resting a slotted spoon with a sugar cube on top of an absinthe-filled glass and slow-pouring water over the top. “For the home bartender, absinthe as a Spritz is a great afternoon pick me up,” suggests Crawbuck. “It’s a time and setting most people don’t think to have absinthe, sitting in the sun, but it works, especially with our recipe being floral and herbaceous.”

Jenny Griffiths, previously manager at absinthe-bar Croque Monsieur, champions Spritzes too, switching vermouth or amaro with absinthe and adding a dry wine and some fruit. She also found a myriad of other ways to transform classic recipes into something a bit different with the help of absinthe. The Absinthe Grasshopper was popular “despite how boozy that drink should have been”, while a twist on the traditional fountain brought with it some refreshment: “We filled the water part with cucumber and the smallest bit of sugar and rose liqueur. That always went down really well,” she said. 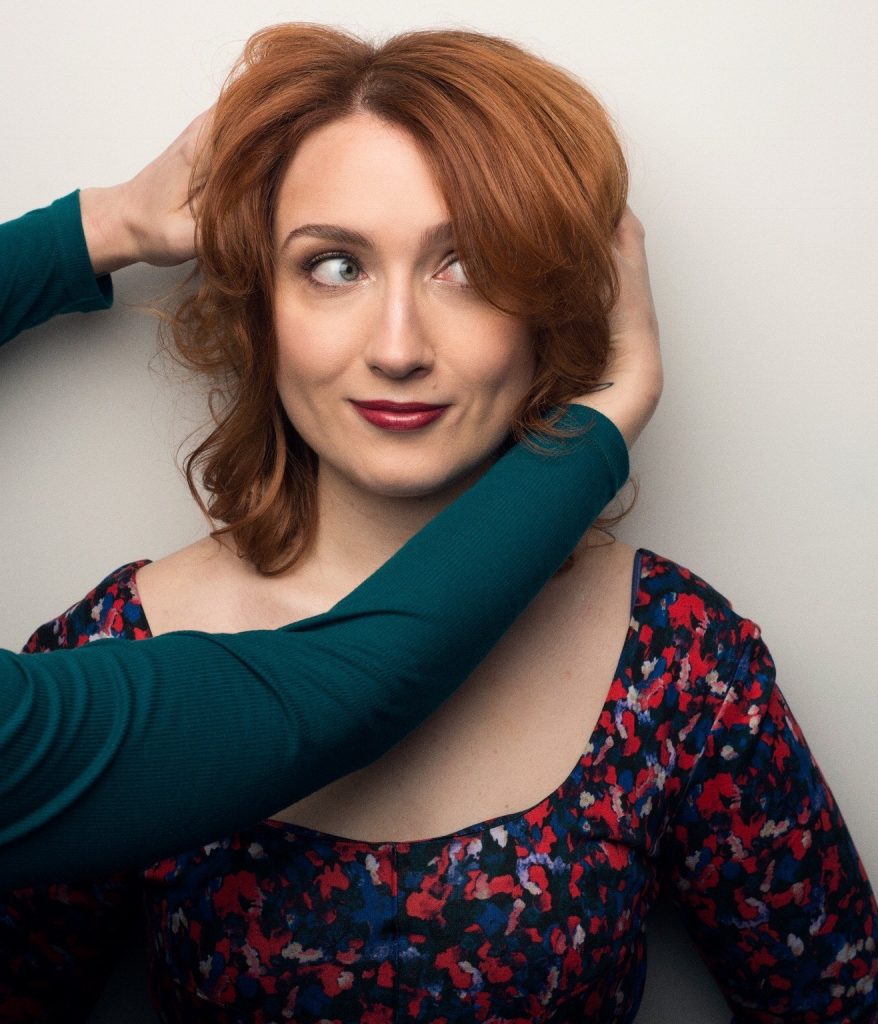 For bar manager of FAM, Tatjana Sendzimir, creating a frozen absinthe cocktail is an intriguing idea. That or a Daisy: “something quite light that if you found the right gin, you could play around with something bright and zingy. Like grapefruit, which would work with the floral notes in absinthe in quite a pronounced way,” she said.

If there’s a cardinal rule for Rowley though, absinthe should be drunk with ice, and lots of it.

“The activator within any drink with absinthe is the ice, the water acts as a catalyst for all the flavours.” He should know; he’s drunk absinthe every week for the last 21 years. I doff my drinking partner’s red top hat to him.