The history of Hennessy Cognac

Lucy Britner
No Comments on The history of Hennessy Cognac

How did the son of an Irish Lord come to create one of the most famous spirit brands in the world? Lucy Britner delves into the history of Hennessy Cognac.

Like all good stories, some of the details of Hennessy’s beginnings vary slightly depending on who is telling it. The most popular tale is that at 20-years-old, Richard Hennessy, son of Lord Ballymacmoy, left his native Cork for France to fight for King Louis XV. The story goes that he was injured at the battle of Fontenoy and later settled on the banks of the Charente River, which of course graces the town of Cognac.

According to Nicholas Faith and Michel Guillard’s Encyclopedia of Cognac, Hennessy started the brandy firm in 1765, thanks to some loans from Parisian banks and two partners – Connelly and Arthur. He settled in Charente with his wife Helene and their son Jacques (James).

In fact, it was James that really propelled the business. In an interview with the Irish Examiner, two eighth-generation descendants of Richard — brothers Maurice and Frederic Hennessy — say James kickstarted Hennessy’s world dominance through an alliance with existing Cognac powerhouse, Martell.

Alliance is another way of saying he married a Martell – Marthe Martell, in 1795 – one year after the first shipments of Hennessy arrived in New York and five years before Richard died, in 1800. 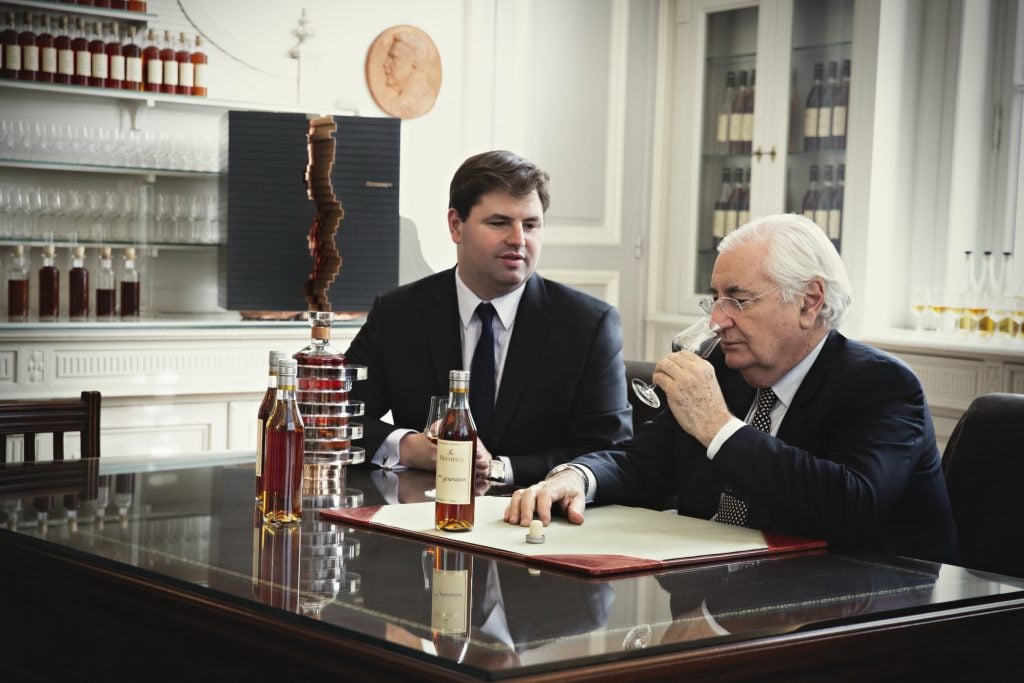 Hennessy’s journey to the US is an important part of the brand’s story and the company says the Cognac has been available Stateside ever since that first shipment. “Hennessy has never left America since, establishing itself increasingly firmly in African American music,” brand owner LVMH says.

Export is a key part of the tale and in order to ship to more places, Hennessy moved from barrels to labelled glass bottles in 1804. Around the same time (give or take a couple of years, depending on the source), the company established another alliance – this time with the Fillioux family. Jean Fillioux was named master blender in 1806 and today, eight generations later, Renaud Fillioux de Gironde holds the title. Renaud succeeded his uncle, Yann, who was Hennessy’s master blender for 50 years – and schooled Renaud in an apprenticeship that lasted about 15 years.

The first VSOP (Very Superior Old Pale) appeared in 1817, at the request of the Prince of Wales (later King George IV) and throughout the 19th century, the Hennessy brand continued to grow exports, with the first shipments to Russia in 1818 and China in 1859.

Then in 1870, Maurice Hennessy, a fourth generation member of the Hennessy family, is said to have asked then-cellar master Emile Fillioux to create a special cognac for his family and friends, using long-aged eaux-de-vie. They called it ‘XO’ for ‘Extra Old and the story goes that Hennessy XO became the first House blend to attain international renown, to the point that the XO classification became a gauge for quality.

It wasn’t until 1947 that Gérald de Geoffre – Maurice Hennessy’s great-grandson – created the classic XO bottle, a shape inspired by an upturned cluster of grapes. Put the lid back on before you check.

In 1971, Hennessy merged with Champagne house Moët & Chandon. Faith and Guillard write that the merger, set up by then-chairman Killian Hennessy, came about in the face of competition from other multinational companies. Moët Hennessy later combined with luxury goods powerhouse Louis Vuitton to form Louis Vuitton Moët Hennessy – LVMH – in 1987.

By this time, Hennessy was a two million case brand and throughout the 1990s and 2000s, its popularity continued with mentions in popular culture, including 2Pac’s Hennessy and Snoop Dogg’s Hennesey N Buddha. 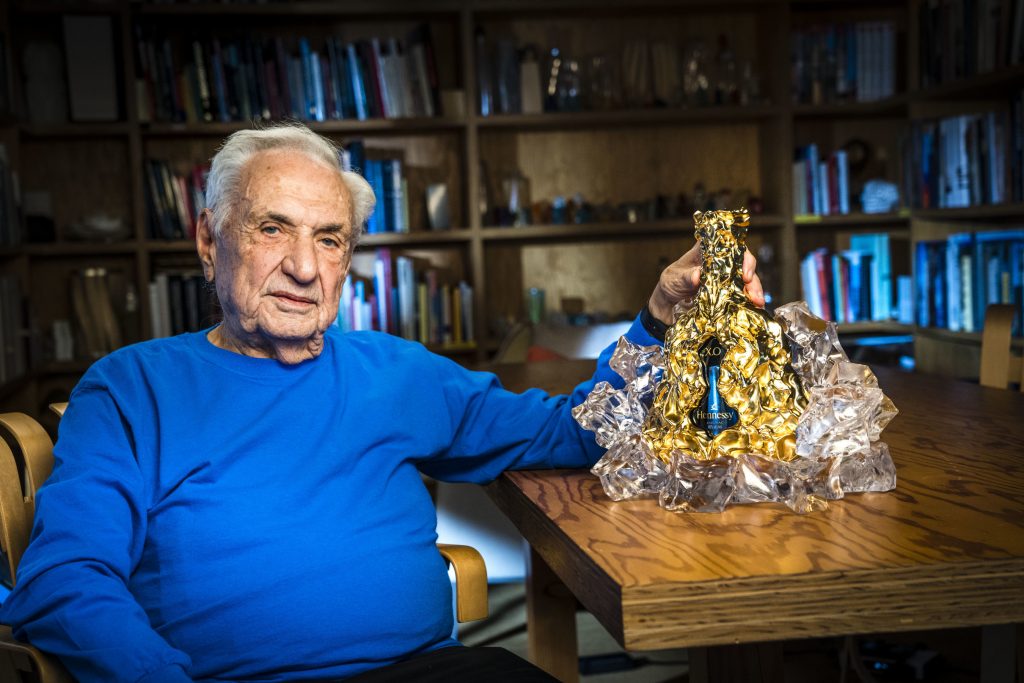 Several new expressions have appeared over the years, including Paradis Imperial in 2011. Described as a “jewel in the Hennessy collection”, it is said that from any given harvest, the average number of eaux-de-vie with the potential to one day join this blend is only 10 out of 10,000.

And the maths fans among us will realise that in 2020, XO celebrated its 150-year anniversary. In true Cognac style, that meant doing something pretty special with the bottle. Enter famous architect Frank Gehry, who reinterpreted the bottle to create something in his own unconventional aesthetic. Yours for just £15,000!

New creations and core expressions have contributed to the export success enjoyed by the early Hennessy family members and according to industry magazine Drinks International’s annual Millionaire Club, Hennessy dwarfs the other Cognac houses, with volumes at 8 million cases in 2019. Its nearest rival, Martell, was at 2.6 million.

In 2021, the Hennessy brand became the NBA’s first ever global spirits partner and Julie Nollet, Hennessy global CMO said of the partnership: “We represent global communities, and this partnership empowers us to support a game and culture that brings people together through entertainment and camaraderie despite the current challenges faced by fans around the world.”

Besides sporting partnerships, most recent launches include Master Blender’s Selection N°4, which rolled out this month. The Cognac is the fourth in a limited-edition series and latest creation from current Hennessy master blender Renaud Fillioux de Gironde. “When creating this blend, I was inspired by the contrast of a ‘thermal shock,'” explains Fillioux de Gironde. “Going from feeling one’s smallness in such a wide-open space to being inside, passing from daylight to the darkness of night, from solitude of the forest, being completely exposed to the elements in nature, to an environment of complete comfort and cosy abandon surrounded by friends.” Blimey, sounds a bit like the orienteering day at MoM towers. Thank god for Google maps.

For now, we leave the Hennessy and Fillioux dynasty, at a mere 256 years old. Who knows what the next 256 years will hold…? Presumably, more Cognac.