Big Irish whiskey news as Teeling 38 Year Old Very Rare Casks, the oldest ever release from Teeling, has just arrived at Master of Malt. Here’s how you can get your hands on a bottle.

The Teeling family have been extraordinarily influential in shaping the current success of Irish whiskey. It was John Teeling who broke the monopoly of Irish Distillers, which at the time owned both Bushmills in Northern Ireland and Midleton in Cork, when he bought an old potato alcohol distillery in 1985 and converted it for the production of whiskey.

Bringing whiskey back to Dublin

The set-up at the new Cooley Distillery allowed both the production of grain and single malt whiskeys, and he revived the great Tyrconnell brand which had lain dormant since the 1920s. In 2012, Jim Beam made him an offer he couldn’t refuse and he sold up, and went on to found the Great Northern Distillery in Dundalk. Meanwhile his sons, Jack and Stephen Teeling, founded the Teeling Whiskey Company in Dublin bringing whiskey back to the capital for the first time in nearly 50 years.

The brand launched with a series of whiskeys made from acquired stock including single malt, blended and single grain whiskeys. Then in 2019, their first Dublin-distilled whiskey, a single pot still made from a traditional mash bill of 50% unmalted barley and 50% malted barley, was launched to huge acclaim and demand. 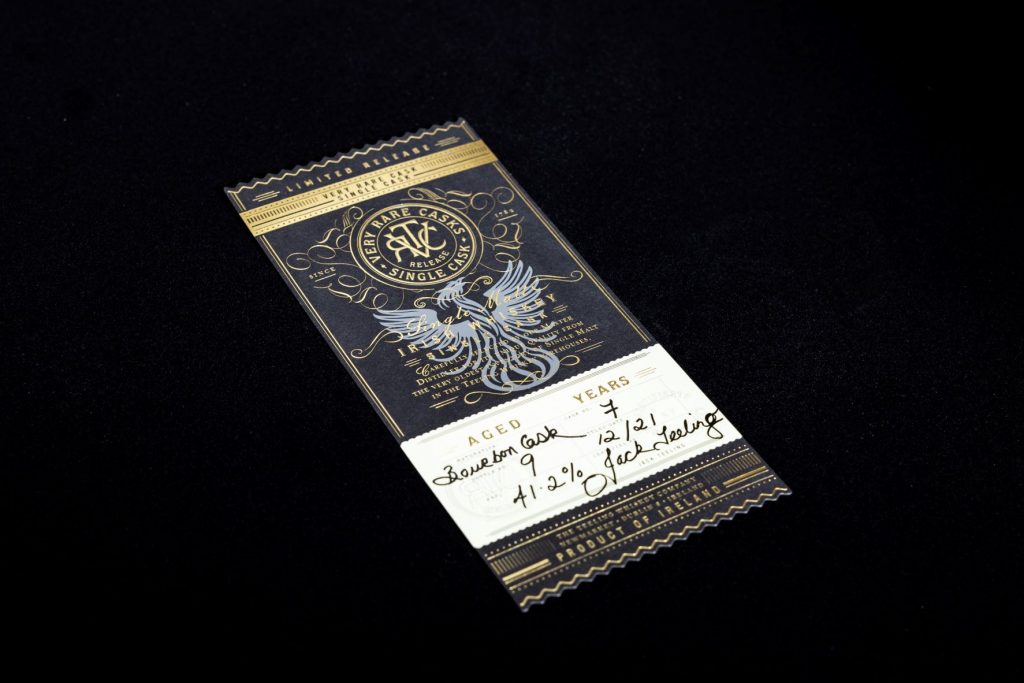 Comes with a certificate of authenticity!

Now, the team is releasing its oldest ever whiskey, called the 38 Year Old Very Rare casks. It’s a single malt Irish whiskey which has spent nearly four decades in used bourbon barrels before being bottled at 41.2% ABV. Irish whiskey fans should be able to deduce where the whiskey comes from.

As you’d expect the packaging is suitably lavish and it comes with a certificate of authenticity. The tasting note from Teeling is pretty fancy too: “earthy, tropical fruits, white grapes, and caramel. Citrus mouthfeel with fruit flavours such as ripe citrus, sultanas, and raisins. Spicy, dried herbal finish”.

The market for very rare Irish whiskeys has exploded in recent years with old releases from Irish Distillers and independent bottlers like JJ Corry. Demand is likely to be extremely high.

You can register your interest in this exceptional whiskey here.