Tasmanian Whisky – Everything You Need to Know! (Part 7: Redlands Distillery)

Michael Orson
No Comments on Tasmanian Whisky – Everything You Need to Know! (Part 7: Redlands Distillery) 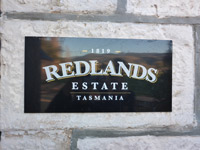 Born in London in 1788, George Frederick Read was an illustrious merchant, believed to have brought one of the first merchant vessels through the Torres Straight (which runs between Papua New Guinea and northern Australia). During his career, he traded between India, China and Australia, though it was in the latter country in which settled, first in a town allotment in Sydney, then later, owing to asthma, in Hobart, Tasmania’s largest city.

In Tasmania, Read was granted the Redlands estate. Its geography was good, and thanks to convict labour, the installation of the first gravity irrigation on the Colony, as well as Read’s management, Redlands came to be described as the most productive in the colony by the mid 1840s. 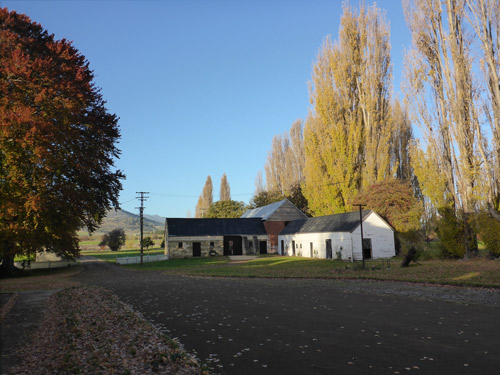 From the 1860s, Redlands became one of the country’s biggest hop farms, and continued in this manner for well over a century. It grew so much that it eventually housed its own village for the 200 local workers and their families. On this village was a butcher, a village shop, a bell tower and a bakery. In fact, this bakery is still used to this day on special occasions, though other remaining buildings have been put to new purposes; the old oat house, for example, is now the distillery bond store, housing 100 litre and 20 litre ex-Pinot Noir casks sourced from three top Tasmanian vineyards: Frogmore Creek, Moorilla and Stephano Lubriano.

In May 2008, almost two centuries after George Frederick Read first moved into the Redlands estate, it was purchased by Peter and Elizabeth Hope. They were looking to branch out from their pharmacy business, and found the estate with its beautiful tree-lined avenues and lush land much to their liking. 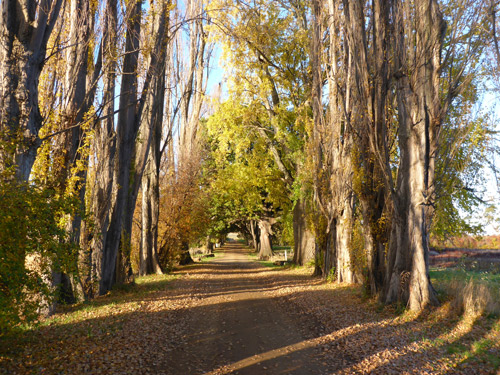 Redlands would become the ninth and most recent distillery to open in Tasmania, and accordingly it boasts the most modern still design, which was finely tuned by trial and error by local still maker Peter Bailey.

Franklin Barley is grown on the estate, steeped in an external tank before being shovelled through a window onto the malting floor, which was once an old shearing shed. Go there now and you’ll see ancient shearing tallies scratched onto the walls. 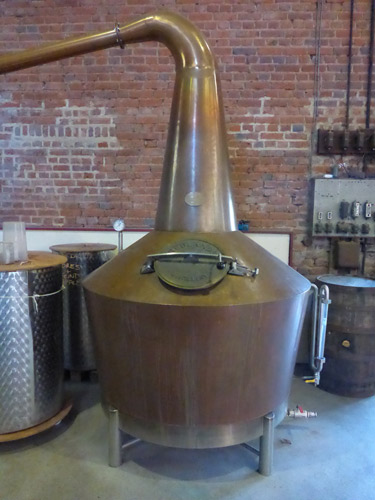 Franklin is actually a strain of barley used mainly for brewing, and it lends a unique flavour to the spirit. All of the barley, in fact, is grown onsite, making Redlands one of just two paddock-to-bottle distilleries at the time of writing, the other being Islay’s tiny Kilchoman distillery. 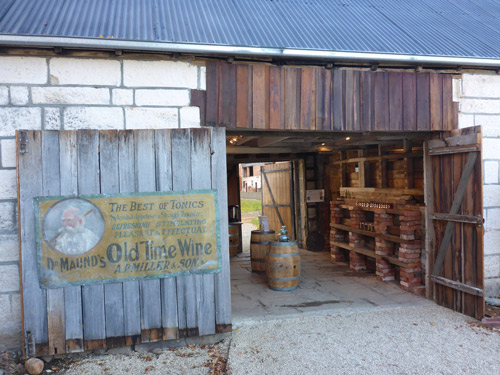 Water comes from the Plenty River, which is fed from the mountains and is partially diverted into irrigation canals on the estate, originally dug by convict labour. Upon reaching the distillery, sediment has been filtered out naturally by watercress of all things, leaving clean, clear mountain water for distillation. This water also attracted the resident platypus, named Scratchy, which can often be seen loitering around the distillery. 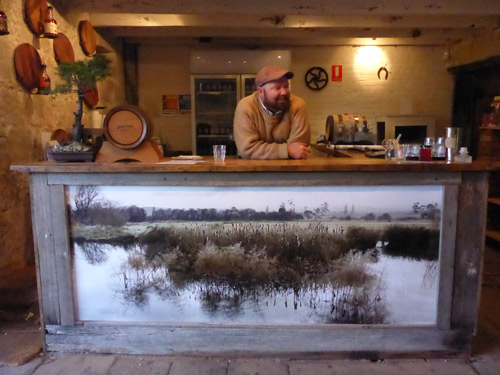 Things are still very much in the fledgling stages, and no official whisky is available. Founded in 2013, the distillery currently has a tiny capacity of just 7,300 litres per year, with plans for an increase with the addition of a new 1,200 litre still in the near future. Despite the size, the whisky promises to have a big flavour; head distiller, Dean Jackson, is a big fan of peated whisky, and there are plans to produce a smouldering single malt using peat sourced from the Lark distillery’s peat bog in the highlands! 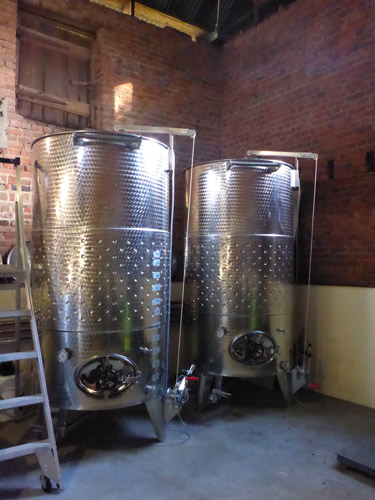 In the meantime, fans of Tasmania’s burgeoning whisky industry can satisfy themselves with the purchase of their own 20 litre barrels of Redlands new make, which the distillery will bottle upon reaching maturity. Click here for more details. 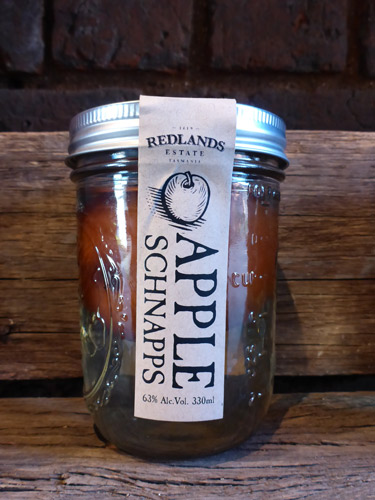 If you’re wanting to try something more immediately, however, the distillery does produce Apple Schnapps, complete with an apple bobbing around in the bottle, as well as apple liqueurs, which provide Redlands with a much-needed income whilst awaiting the April/Mary 2015 proposed bottling date for the first 1,300 bottles of official single malt. If it’s anything like other Tassie whisky we’ve tried, it’s sure to be something pretty special. Watch this space!

Master of Cocktails - The Naked Barista