Tasmanian Whisky – Everything You Need to Know! (Part 5: Hellyers Road)

Michael Orson
No Comments on Tasmanian Whisky – Everything You Need to Know! (Part 5: Hellyers Road) 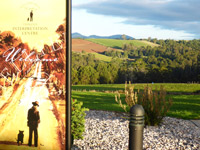 Born in Hampshire, England in 1790, Henry Hellyer trained as an architect and surveyor, and was one of the first officers to sign up for the Van Dieman’s Land Company shortly after it was formed in 1825.

Later to become Chief Surveyor and Chief Architect, his work in Tasmania made him legendary, so much so that after his resignation in 1832, the Court of Directors described his “unwearied exertions for the company… his personal privation and risk in exploring the country, and the admirable maps and plans.”

Hellyer travelled through much of the north of Tasmania, and in 1831 became the first European to reach the summit of Cradle Mountain, which stands at just over 5,000 feet.

Almost two centuries later, his name can be found throughout the island, though one of his greatest feats might well be the Old Surrey Road – a path carved out into the wilderness by Hellyer and a few company employees, using only the most basic tools. Today this road leads the way to the eponymous Hellyers Road Distillery, named for the explorer, in honour of his characteristics of vision, determination, courage and tenacity. 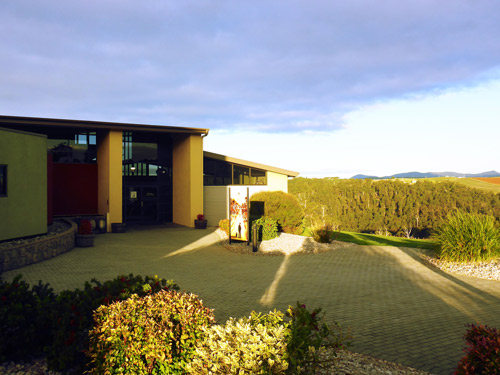 Fittingly, perhaps, Hellyers is the largest distillery in Australia and Tasmania, although when compared to Scotland, its 100,000 litre annual capacity seems a drop in the ocean. In the distillery’s own words, “we think big and act big, but when compared to Europe’s finest, we’re actually quite small. And that’s good, because it keeps us trying hard. We try hard to produce Australia’s very best single malt whiskies.”

It started in 1997, when Tasmania’s largest dairy producer, Betta Milk, decided to move into the whisky industry and invested $10 million into an operation based in the northern port town of Burnie. By Tasmanian standards, the project was big. A 60,000 litre stainless steel wash still was installed, along with a 20,000 litre stainless steel spirit still. Two years later, in 1999, new make flowed from the stills. 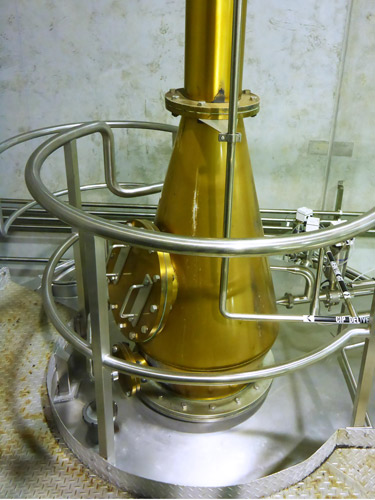 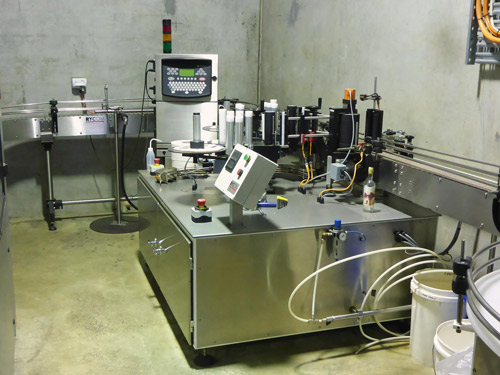 With no previous experience save for his knowledge of “how to mix blended whisky with Coke”, distiller Mark Littler was a bit of a novice to the spirits world, and applied a far more business-like approach to distillation. With a background in the dairy business, Mark takes the view that the two worlds are not all that dissimilar, both being based around critical time and temperature points, quality control and controlled storage. 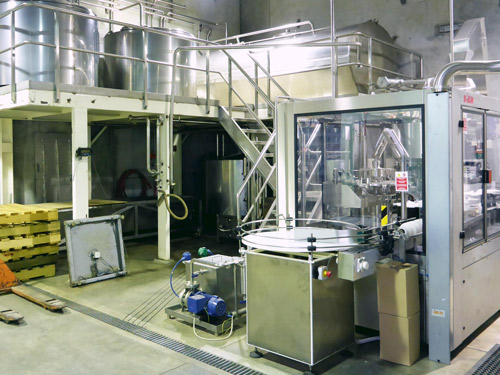 Part of this is the use of state-of-the-art equipment, all of which can be controlled remotely from Mark’s home, from which he can oversee an operation which currently runs at roughly half capacity.

Whisky is distilled from malt from the Cascade Brewery, although in 2004, 50,000 tons of peated malt was brought in from Inverness, allowing for production of a range of peaty whiskies. 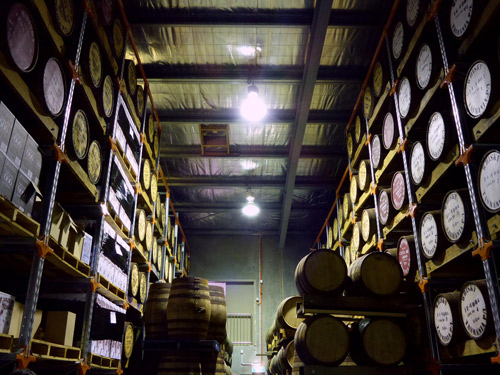 The distilled spirit is filled into French oak port and Australian port casks before maturation in a 2,000-cask capacity bond store. The combination of port and peat is a recurring theme from Hellyers, but the core of the range is a far simpler, bourbon-matured expression…

Hellyers Road 10, aka Original, is made with Tasmanian barley and is matured in American white oak before bottling at 46.2%.

Nose: A butterscotch nose, with notes of pear drops and vanilla. Develops with hints of barley sugar, rich honey and malt.

Palate: Easy-going, creamy palate entry. Medium-sweet, with a touch of burnt sugar and a core of digestive biscuits. This is simple, crowd-pleasing stuff. The bourbon character comes through nicely, with vanilla and a touch of maple spice developing.

Overall: A balanced, beautifully made whisky.

Next up is Hellyers Road Peated – an award-winning single malt which was voted the country’s best at the Malt Whisky Society of Australia’s Awards for Excellence.

Nose: A woody, oily nose with a touch of woodsmoke. Hints of citrus zest, white pepper, peppermint and melting butter.

Palate: Apple peel and a core of rich, fruity peat. Slightly coastal in character, with a hint of salinity. A surge of chipotle spice develops, with a linseed oil backing. A nice balance of sweet and savoury; malt combines nicely with the peat.

Overall: Very Islay-like in character. Really like this one…

Finally, we have an unusually expression, finished in Pinot Noir wine casks. Hellyers Road describes this as “[evoking] all the complexities of a Tasmanian rainforest.” Well, let’s find out!

Finish: Short-to-medium with sweet, fruity honey on the finish.

Overall: Perhaps my favourite expression of the three – a real gem!

All in all, some delicious whiskies with a defined, unique character. Well worth a try!

Have Yourselves a Brilliant Burns Supper This Sunday!

Master of Cocktails - The Go Lightly