Tasmanian Whisky – Everything You Need to Know! (Part 3: Lark)

Michael Orson
1 Comment on Tasmanian Whisky – Everything You Need to Know! (Part 3: Lark) 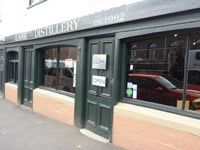 In many ways, Lark was the flagship behind the burgeoning whisky scene in Tasmania. Established in 1992, it was the first fully licensed commercial distillery on the island since the ban of 1839, and it all began when distillery founder, Bill Lark, started speaking to a political friend of his, asking why small-scale distillation was still illegal. This set in motion a series of calls, letters and discussions, and the end result was legal distillation on Tasmania. For technical accuracy, it’s worth mentioning that Tasmanian Prohibition was partially lifted in 1901, but only for stills of 40,000 litres and over, making any kind of startup nigh on impossible.

With the new law passed, Bill and his wife, Anne, were able to licence a 20-litre copper pot still in their kitchen (now proudly displayed at the “cellar door” in the centre of the island’s capital, Hobart). First, however, Bill set off with Casey Overeem on a pilgrimage to Scotland. They toured the distilleries, asked questions, and learnt all kinds of tricks of the trade which they applied on their return to Tasmania. Hailed by many as the “Godfather of Tasmanian Whisky”, Bill remains an integral part of the industry to this day. 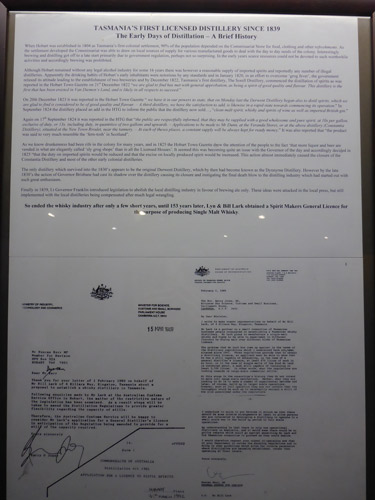 Holding the only licence to mine peat in Australia, Lark’s peat is sourced in the Central Highlands. At the rate they’re going, there is enough to last 15,000 years! Every year, a team from the distillery visit to shovel peat by hand –an activity which often lures tourists as well. 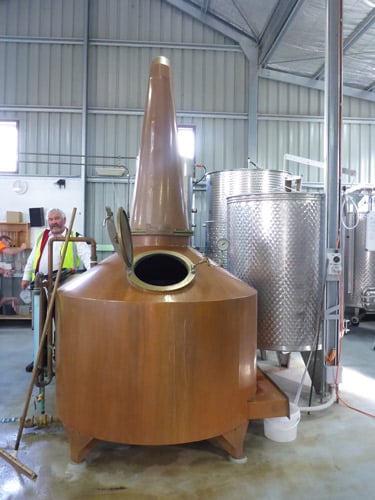 Lark uses 50% peated barley to make their whisky, with the odd release of smouldering, smoky 100% peated batches. This peat adds a tremendous depth to superb whiskies like their Cask-Strength Single Malt, which won a Master Trophy at the 2011 World of Whisky, as well as a Gold Medal at the 2011 International Whisky Competition, where it earned the title “Whisky of the Year”. 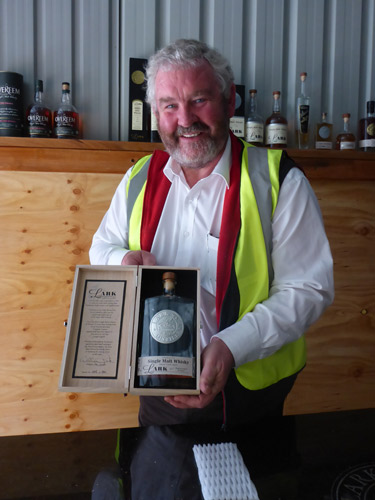 Tasting a sample recently, here are my findings: 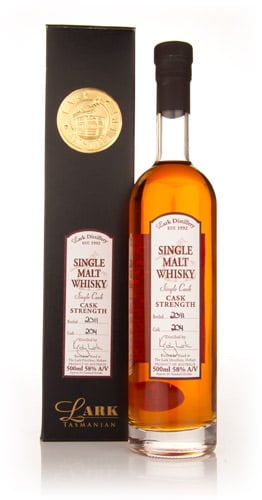 Palate: A rich, voluptuous, mouth-filling palate with thick backing of walnut oil, honey and spice. As it develops, you’ll find hints of stem ginger in syrup, alongside baked apple doused in golden syrup, rum, nutmeg and cinnamon, served with melting Cornish vanilla ice-cream. This is underpinned with an intense, oily peat smoke, reminiscent of a cask-strength Caol Ila!

In the early days, investment casks were offered to help fund the business. Another one of their successful money-raising ventures was Bush Liqueur, launched in 1996. This was an incredibly popular liqueur which garnered plenty of attention for Lark. It was, however, renamed Tasi, in a bid to avoid accidental association with a certain US president.

Grain is purchased from the Tasmanian brewery, Cascade – the oldest continually operational brewery in Australia. The company grows, malts and kiln-dries Lark’s grain, offering lab reports to ensure complete continuity. After arrival, they occasionally rehydrate a portion of the grain so that they can peat smoke it in small batches. Family member Lyn Lark even wrote a research paper on the subject! 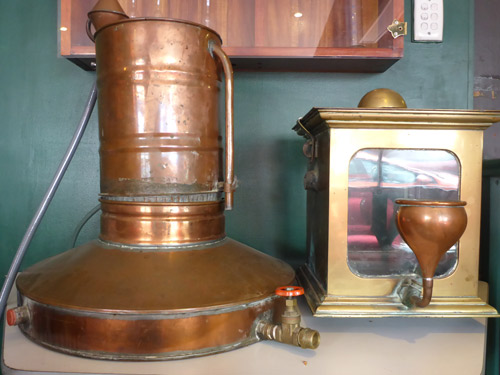 Chris Thomson, Lark’s head distiller, allows a seven-day fermentation period (twice that of most Scotch whisky), some of which involves taking the lids off the fermenting vessels to allow wild yeasts from the neighbouring vineyard to enter. 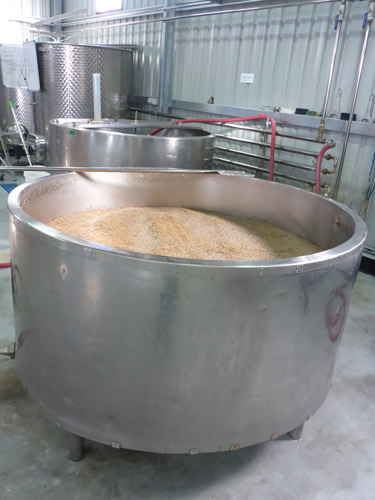 After fermentation, it’s time for distillation which is now a far cry from the 20-litre original pot still. Nowadays, the distillery uses a 1,800 litre copper wash still and a 1,200 litre copper spirit still, both made by Peter Bailey – a German still-maker based in Hobart. 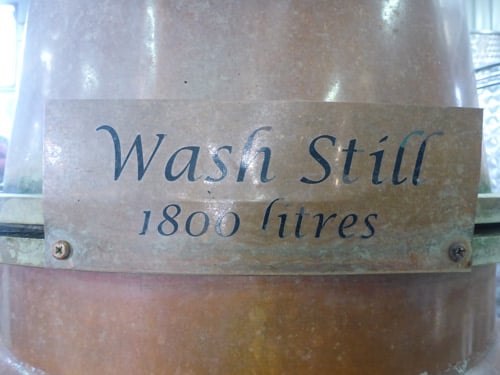 When it comes to maturation, the majority of the barrels used are first-fill French oak, sourced from South Australia’s Sepatfields Cooperage. As of the time of writing, around 60% of the barrels in Lark’s bond store are Australian port, 30% sherry, and the remainder are American oak bourbon barrels. 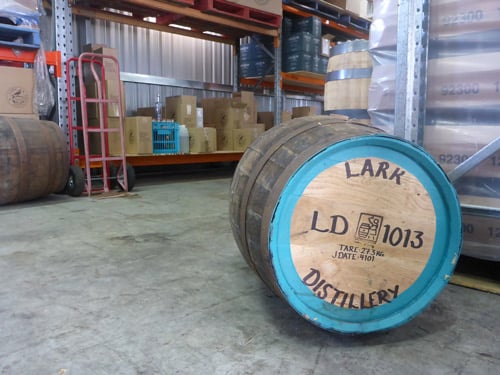 To complete our journey to Lark, I’m going to taste Lark’s Single Cask bottling. Made in small 100-litre quarter casks, this was awarded a silver at the 2011 World Whiskey Masters… 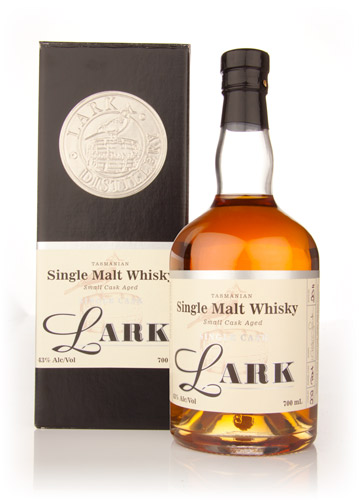 Finish: A medium-long finish with some big notes of butterscotch, nutmeg and cinnamon on the tail. It ends gracefully with sweet, creamy spices.

Lark envisages doubling whisky production by April 2015, but before then there are twenty different 20-litre casks maturing away with Chris Thomson’s own whisky creations, all named for popular songs! Watch this space.

The Monkey Comp Winners Have Popped-Up In London!