We reported a few weeks ago on the legal action the Scotch Whisky Association is taking against a Canadian whisky producer in Vancouver Island, Saanich for violating Scotch whisky’s geographical indication. Now here’s Ian Buxton with the full story.

What is the Scotch Whisky Association (SWA) up to?

The more grey-haired of my readers may recall that in June 2009, after a nine-year legal battle, the SWA retired somewhat bloodied from its battle with Canada’s Glenora Distillery and its Glen Breton Canadian single malt. Their long-running attempt to stop the use of the tiny operation using the term ‘Glen’ ended with ignominious defeat in Canada’s Supreme Court and the award of some costs to the company.  You can buy Glen Breton to this day and Scotch whisky doesn’t seem to be suffering too badly.

But despite this rebuff, they’re at it again and, earlier last month, in a joint action with Whyte & MacKay, filed a civil suit against MacMhaol‐onfhaidh (Macaloney) Brewers & Distillers, the owner of Macaloney’s Caledonian Distillery & Twa Dogs Brewery in British Columbia, Canada.

Objecting to the use of the words ‘Caledonian’, ‘Macaloney’, ‘Island whisky’, ‘Glenloy’, and ‘Invermallie’ on the distiller’s products, the SWA claims that Macaloney is violating Scotch whisky’s geographical indication (GI) by using words that are associated with the country on its Canadian whiskies. 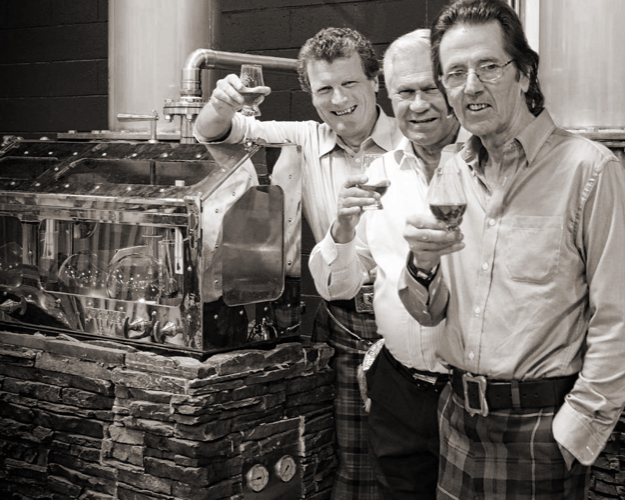 Let’s put to one side the curious but undeniable fact that Macaloney Brewers & Distillers is in fact largely owned by its founder, president & whisky maker Dr. Graeme Macaloney who, not unreasonably you might think, wants to put his name to his products. These, as it happens, include whisky, which is distilled and bottled at the distillery’s Victoria Island home – ‘island whisky’ perhaps, in acknowledgement of the fact that, along with another twenty or so small distillers, it’s actually produced on a piece of land completely surrounded by water. So proud of this fact is Macaloney that a map of Vancouver Island appears on the cartons and both front and back labels of the bottles proclaim them to be Canadian.

Macaloney is both hurt and confused by the SWA’s actions, claiming to have “reached out to them five years ago to ensure our indie-bottled Macaloney’s Twa Cask vatted Scotches were fully compliant, from which they were aware I was using my name Macaloney and also the local regional name Caledonian”.  Further, he says, they have “responded to SWA’s request in late 2019 to describe our master distiller [ex-Diageo Scot Mike Nicolson] not as a ‘Scotch master distiller’ but as a ‘Scottish master distiller’. We also agreed to prominently display ‘Canadian’ on our whiskies. Our labelling and packaging identify our products as Canadian, and our distillery [location] in Victoria, British Columbia.”

For their part, a SWA spokesperson issued a statement confirming the action, saying: “The SWA consistently takes action in our global markets to prevent the use of Scottish indications of origin on whisky which is not Scotch whisky. This is vital to protecting both Scotland’s national drink and to ensuring that consumers across the world are clear about whether or not they are buying whisky that is produced in Scotland.  It’s critical to us to ensure that spirits producers in other countries do not take advantage of the quality reputation of Scotch whisky that our industry has built up over decades. It is important that anyone who wants to purchase a bottle of Scotch whisky can do so with the confidence that what they are buying is authentic, and that products which aren’t Scotch whisky are clearly differentiated.” 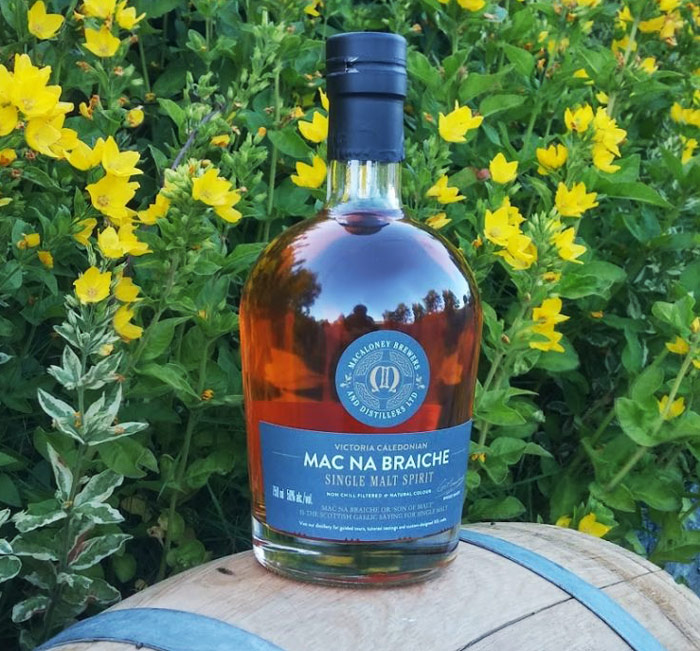 Is there room for compromise?

And that seems reasonable enough if Macaloney were claiming to produce Scotch whisky. However, while clearly proud of his Scottish heritage and links to Scotland, including a Scottish distilling team and equipment sourced from Scotland, he maintains his company, brand and whisky are 100% Canadian. “We do not, and never have used the geographic indicator ‘Scotch whisky’ on our Canadian products”, he says “and strongly disagree with the SWA lawsuit’s assertion that our use of ‘Caledonian’, ‘Macaloney’, and other terms including ‘Glen’ ‘Inver’ and ‘island whisky’ are alternatives synonymous with Scotch whisky.”

The lawsuit is already attracting unfavourable publicity in Canada but it’s clear neither party is ready to back down. But, with the legal precedence already set in the Glenora case and with his army of loyal small investors behind him it’s hard to see why Macaloney wouldn’t fight this.

Well, as 19th-century French philosopher Pierre-Joseph Proudhon once wrote “Laws: We know what they are, and what they are worth! They are spider webs for the rich and mighty, steel chains for the poor and weak, fishing nets in the hands of government.” The SWA seems to have got rather tangled up this time.

Master of Malt @MasterOfMalt
4 hours ago
Elephant Dry #Gin is made with 14 botanicals, including an array of African ingredients – and the brand donates funds to African elephant foundations!

Master of Malt @MasterOfMalt
21 hours ago
Whip up a Strawberry Shrub #cocktail with Piston Gin! Shake your gin with lemon juice and ice, strain into a glass, add crushed ice and a drizzle of berry cordial, then garnish with fresh berries.

Cocktail of the Week: The Cuba Libre