Sassy: Putting the sass in cidre

Henry Jeffreys
No Comments on Sassy: Putting the sass in cidre

Sassy in France blends traditional Norman techniques with modern flavour profiles and marketing to make an authentic cider with a twist. We meet the man with cider flowing through his veins, Xavier D’ Audiffret Pasquier.

First, let’s get that name out of the way. It doesn’t come from that tired word to describe young heroines, ‘sassy’. No, the brand is named after the Château de Sassy owned by the family of the brand’s founder Xavier D’Audiffret Pasquier. Sometimes in France, the word Chateau can be used rather generously to describe large farmhouses, but the family’s place is the real thing, looking for all the world like a miniature Versailles.

Changing the image of cider

The D’Audiffret Pasquier family are cider aristocracy, as you’d expect with such a magnificent name. They have been making cider and Calvados in Normandy since the 19th century. But Xavier’s (I’m going to break convention by using his Christian name as saying D’Audiffret Pasquier over and over again just looks too unwieldy) business has only been going since 2014 and is completely independent.

His background is in finance but, he told us “I had always wanted to launch my own company.” So he partnered with his old school friend, the equally magnificently-monikered, Pierre-Emmanuel Racine-Jourden to create Sassy. The idea was to shake up the image of cider in France which Xavier said “is very old fashioned, something you eat with galettes and crêpes.”

Getting the branding right was very important. But they also wanted to make a cider that tasted a bit different while staying true to their Norman roots. Working with a cellar master, they developed three recipes. “I wanted to create something different to what every other farmer is making in Normandy,” Xavier said. Whereas most French ciders use four different apple species, Sassy uses 20, and less of the classic bitter apples to create something “delicate, fine and well-balanced with good complexity” as he puts it. 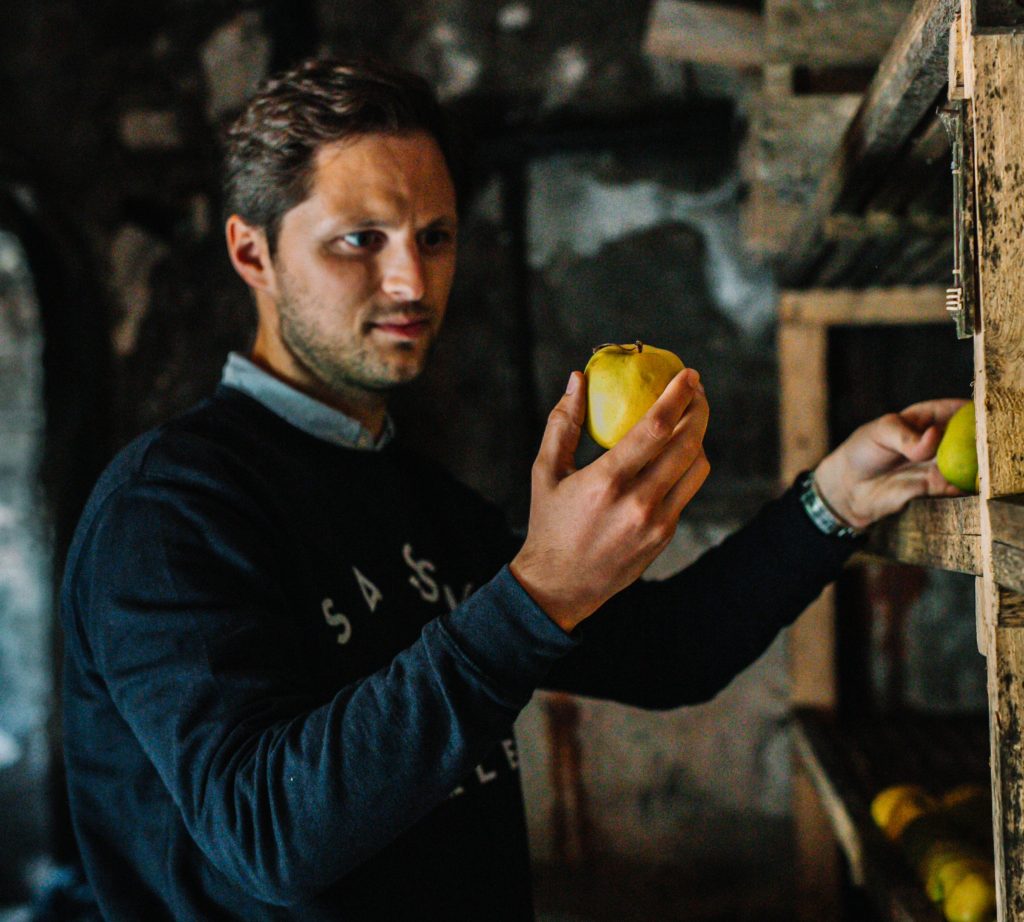 It all starts with the humble apple

He describes production as “very artisan.” He uses fruit from trees planted in loam soils which apparently creates a “nice acidity” with low yields, they only plant 150 trees per hectare compared with the normal 600, and he waits eight years for the trees to mature before using the apples. The ciders are made from a combination of his own orchards and bought-in fruit from ten local farmers.

As well as rejuvenate the category, Xavier wants to help promote his home region and protect its cider inheritance. “We wanted to launch something that could help to revitalise the Norman economy. The wine economy is massive and we’d like to do the same now for cidre. We saw that a lot of apple producers were destroying orchards,” he said.

To make the cider, the team uses a pneumatic Champagne press that works gently so it doesn’t introduce any harsh tannins into the juice. His ciders are lower in alcohol than the Norman average, beginning at 2.5% ABV for the Le Vertueux and going up to 5.2% ABV for the L’Inimitable. He puts this low alcohol down to shorter fermentation times which they cut short by chilling to leave a little residual sugar. The ciders are then bottled and carbonated.

Despite the low alcohol, Sassy ciders are packed full of flavour with a distinct fruit taste – like spiced apple pie. They stay true to their roots with a little tannic bite. The taste is distinctly Norman but also very fruity, modern and accessible. My mother-in-law, who doesn’t really drink, loved them. I was particularly taken with the 3% ABV rose La Sulfureuse cider made with pink-fleshed apples. 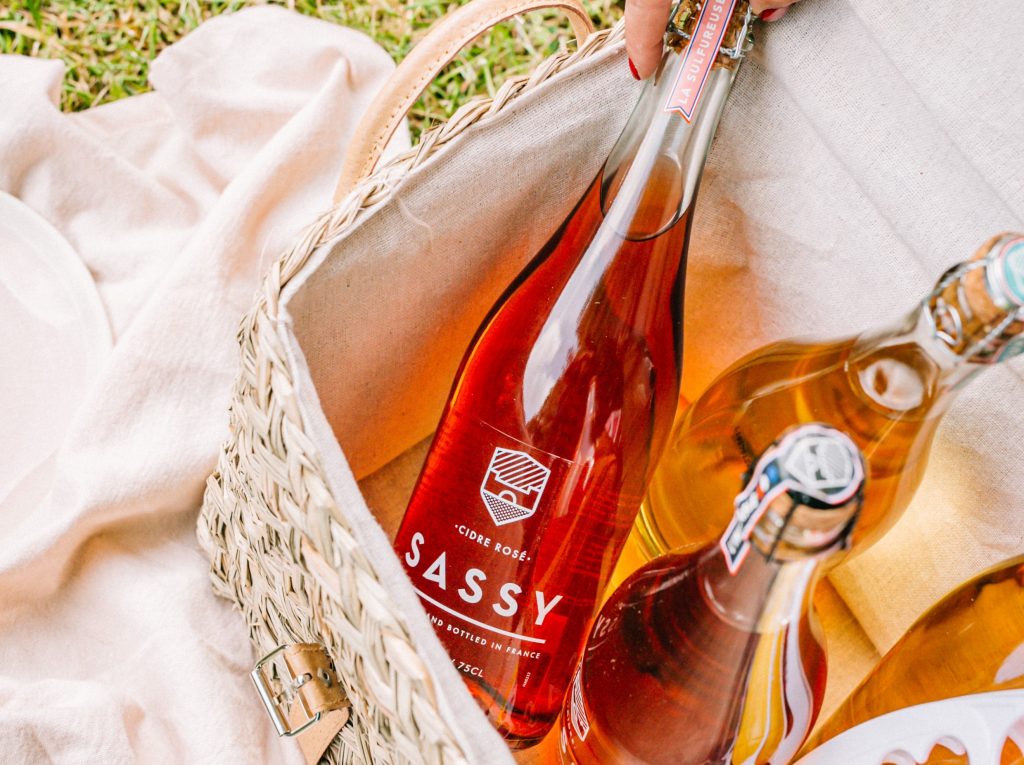 They are also, Xavier said, “great low ABV mixers.” I can vouch that it makes a superb Anglo-French Kir Royale combined with White Heron British Framboise. He’s been working with Michelin-starred chefs like Alain Ducasse and Joel Robuchon, and making sure his cider is poured in 5 star hotels and cocktail bars like Nightjar. The aim is to: “change the perception and be disruptive.” He has begun to see his hard work pay off with cider increasingly seen on “cool terraces in Paris,” he said.

In 2017, they began exporting to Britain. If cider has a problem in France with its old man image, then Britain has it far worse. Say cider and many will think of tramps or teenagers in parks. In the UK, cider only has to contain 35% apple juice compared with 80% in France. Sassy is made from 100% whole fruit, and yet it is in the same category as Kopparberg.

“Kopparberg, it is not real cider. It’s more like hard seltzer than a cider,” Xavier complained. At the same time he recognises that though much of what people drink isn’t great quality, the cider market in Britain is ten times the size of France. Low apple ciders “make cider popular. It’s not a good product, but people like it,” he admits.

But attitudes are changing in England too, with companies like Cider is Wine or the Fine Cider Company insisting that cider should be made like wine and enjoyed as such. Better quality ciders are increasingly available in pubs and restaurants, and people are waking up to the joys of real, whole fruit cider. Sassy is a great place to start if you want to know what the fuss is about.