Not your average vodka – inside Ketel One distillery

Provenance and heritage are two words not often associated with vodka brands, but then, Ketel One isn’t your average vodka. Indeed, one of the biggest back bar names in the world is the product of more than 300 years of distilling expertise passed down through 11 generations. We headed to the Dutch windmill it calls home in Schiedam to find out more about the distillery’s extraordinary history as well as its botanical future…

“I am always thinking about the next steps because a business without next steps is not a business,” says Carolus Nolet Sr, 10th generation distiller at the Nolet Distillery in the Netherlands. “If you just watch what you’re doing today then there are never, ever next steps.”

It’s this ethos that has enabled Ketel One Vodka, created by Nolet himself in the late 1970s, to transcend its home on the banks of the Schie – where it’s both distilled in and named in honour of Schiedam’s oldest pot still, distilleerketel #1 – and adorn thousands of back bars across the globe. Even so, while Nolet’s liquid may fill Martini glasses the world over, family very much remains at the heart of Ketel One – even today, every batch is tasted and approved by a member of the Nolet family prior to bottling. 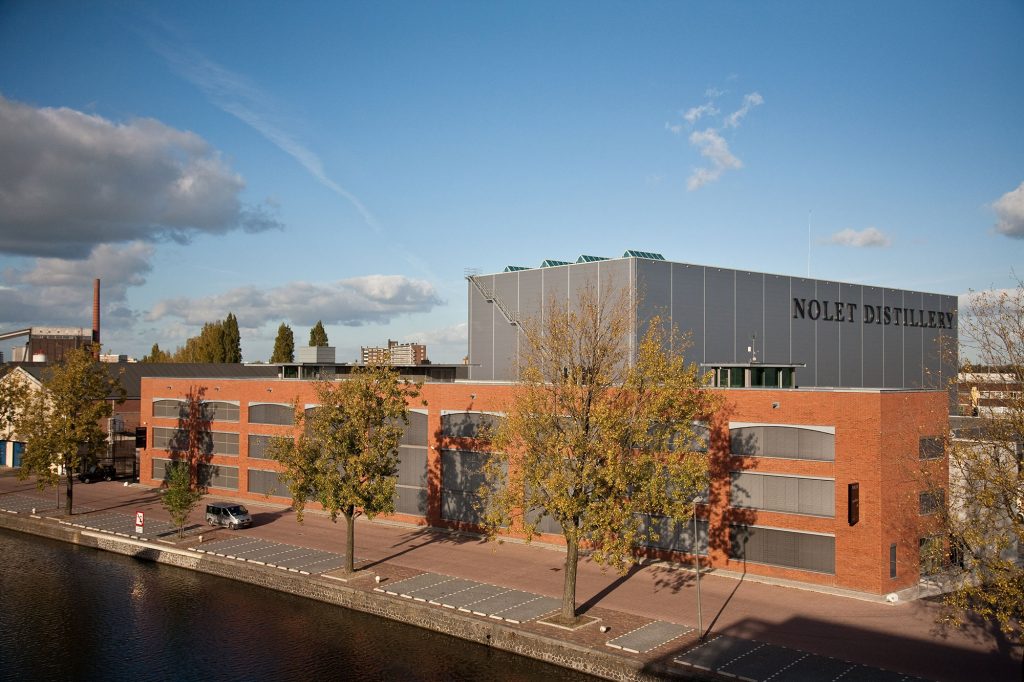 The beautiful Ketel One distillery

Distilling expertise runs in their blood, in fact, the Nolet Distillery was founded by Johannes Nolet back in 1691 and has remained in the family ever since. Each of the 11 generations has contributed to the distillery’s success in their own unique way. Johannes’ son, Jacobus, bought shares in the De Star grain mill in Schiedam to ensure a reliable supply of malt. His son, named Johannes – you’re going to need to get used to this – exported its jenever for the very first time.

The fourth generation, another Johannes, became mayor of Schiedam, a growing hub for spirits producers; by 1880, it boasted 400 distilleries. His brother, Jacobus, befriended John Adams, who later became the second president of the United States, a key market for the distillery over the years.

Yet another Johannes – are you keeping up? – re-opened the distillery in its present location at Hoofdstraat; and Jacobus installed steam-driven equipment, including coal-fired pot still number one, a crucial piece of the Ketel One story. In the late 1800s his son, Johannes decided to open a distillery in Baltimore, Maryland, where he introduced new products. By 1920, Nolet USA had juddered to a halt because of Prohibition, and back in Schiedam, distilleries were dropping like flies, with just 38 in business at the end of the second world war. 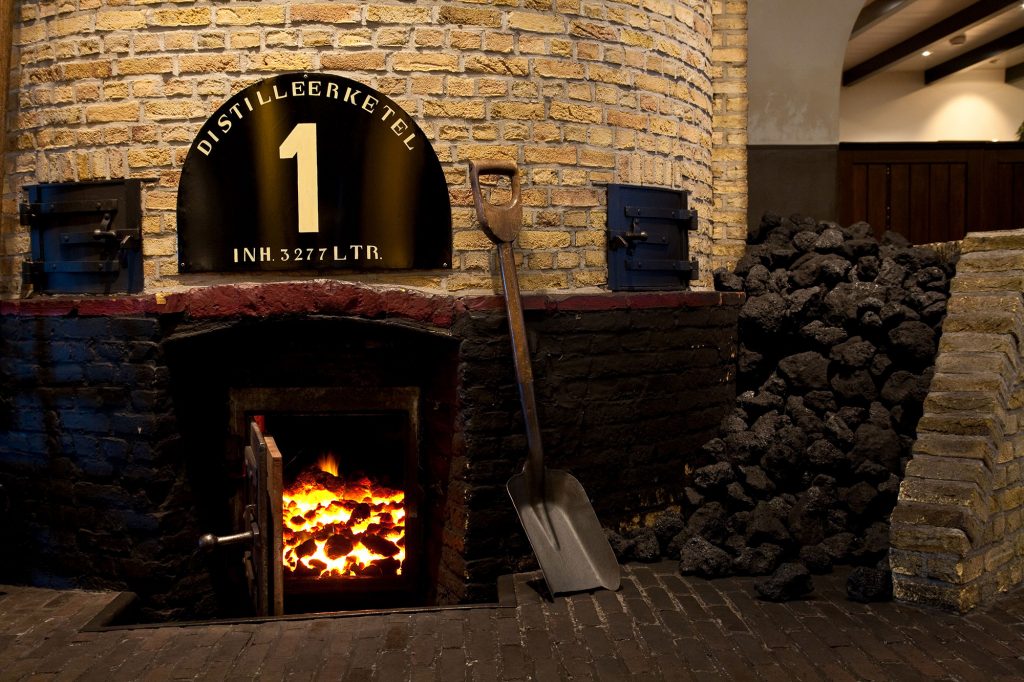 By the time Carolus took over from his father, Paulus, in the 1970s, a price war was raging. He launched Ketel 1 Jenever in 1977 and then departed for the US, where cocktail culture was seriously booming – sparking the idea that would eventually become Ketel One Vodka. “Looking around America I noticed there were some great vodka brands over there,” says Nolet. “I wanted to go back to Schiedam and make even better vodka if possible. I spent about a year doing that.”

Starting as a wheat-based spirit, Ketel One is distilled in a column still – of which the distillery has six in total – and then redistilled in one of 10 copper pot stills. The heart from each run is collected into a corresponding tank underneath, which are then combined into one ‘master’ batch. This means each and every bottle contains a little bit of that historic pot still number one. Recipe complete, Nolet headed to America with his new product in tow. “That was step number one in the US market for Ketel One,” he says. “And since then there have been many, many, many more steps.”

The company partnered with Diageo in 2008, securing global distribution for Ketel One. Continuing the father-son tradition, Corolos and his two sons Carl Jr and Bob, created their own Nolet gin. The distillery, meanwhile, has expanded along the banks of the river Schie, and upwards in the form of its visitor centre, the windmill De Nolet, and the Ketel One range has expanded to include Ketel One Citroen and Ketel One Oranje. 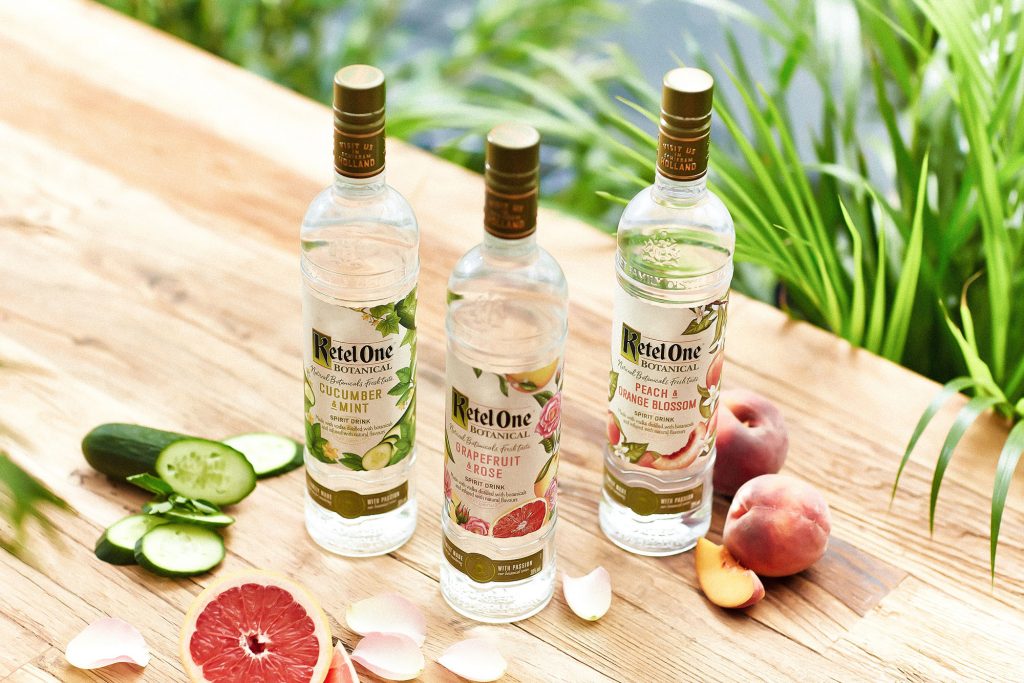 The Ketel One Botanical series has proven to be a popular addition.

More recently the Nolet family introduced Ketel One Botanical, a series of low-abv botanical spirits infused with natural fruit essence, available initially across the US before rolling out in the UK. The summer tipple is bottled in three refreshing flavours – Peach and Orange Blossom, Cucumber and Mint, and Grapefruit and Rose – each variant is made by combining Ketel One Vodka with a secret botanical blend, re-distilling it in small batch copper pot stills at the Nolet Distillery, and then infusing the liquid with its given essence.

The trio are best enjoyed in a Spritz-style serve with a simple fruity garnish. Here’s how to make one at home…

Method: Serve Ketel One Botanical Grapefruit & Rose with soda water over ice in a wine glass. Garnish with a wedge of grapefruit.

Method: Serve Ketel One Botanical Cucumber & Mint with soda water over ice in a wine glass. Garnish with a generous sprig of mint.

Method: Serve Ketel One Botanical Peach & Orange Blossom with soda water over ice in a wine glass. Garnish with a wedge of orange.

New Arrival of the Week: Dingle Single Malt - Batch No.4