This week we’re very excited about a gin liqueur created by an Edwardian vicar, and now resurrected by his great grandson and some wine chap off the telly.

You might recognise Joe Wadsack from such TV programmes as BBC 2’s Food & Drink, Richard and Judy, and now, This Morning on ITV. He’s a one man wine whirlwind, as enthusiastic in person as he is on television. But he’s not just an enthusiast, Wadsack is generally thought to have the best palate in the wine business. At wine shows around the country, he regularly does a turn where people bring him mystery wines to try. Nine times out of ten, he’s able to identify whatever his brought to him with a quick sniff, swill and a flex of that mighty bean. In his career he’s worked blending wines for supermarkets and producers, and now he’s turned that famous palate (best in the business, apparently) to a gin liqueur. As you might expect, it’s rather good. 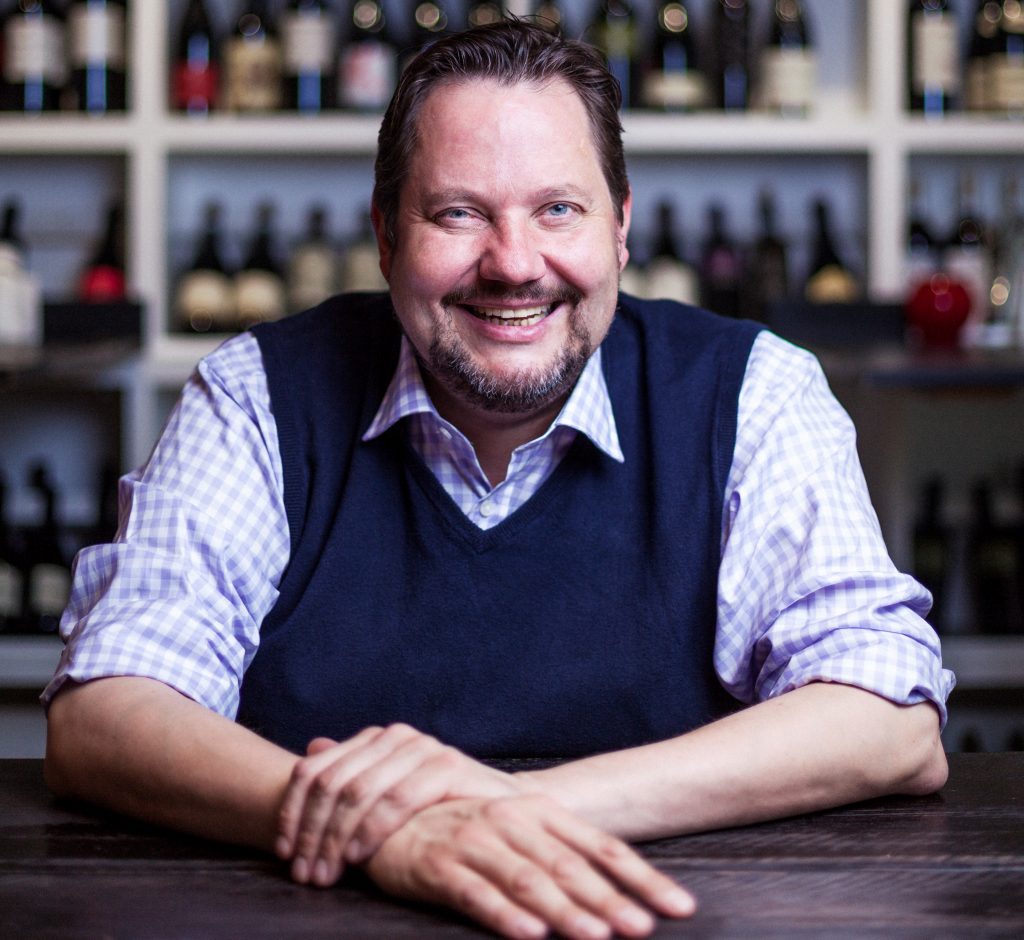 It’s a collaboration with Thomas Lester, a kindred spirit, who discovered his great grandfather’s recipe. The Reverend Hubert Bell Lester (who lived from 1868 to 1916) created his gin liqueur in 1904 and used to dole it out during the festive season. We can imagine that his church was packed around Christmas. Lester had the brilliant idea of recreating the recipe but needed someone to help perfect it. Enter the best palate in the business!

According to Lester, Wadsack was a demanding taskmaster: “Joe is ecumenical, he made me taste 20 different lemons, 20 different oranges, and sultanas from different regions of Turkey. His level of perfectionism is outstanding. As a result, we have created a completely unique and delicious gin liqueur. I wanted to reincarnate my great grandfather’s recipe because it has become family legend and what an opportunity to spread a message of conviviality.”

The liqueur is made at a distillery in the Cotswolds but Wadsack told us, “it tastes like it was made in a garden shed. The only tools used were two peelers and a kitchen knife –this is hand-transported, we hand-screwed the press and we hand-filtered every individual bottle. The flavours are of fresh Amalfi lemons and oranges, with the pithiness of the rings offsetting the sweetness of the sultanas – it is sweet but refreshing and not cloying with warm ginger, nutmeg and cinnamon on the finish.” It’s bottled at 27% ABV.

We think the good Reverend would approve

So what should one do with this delightful concoction? We think it would have a delightful Hot Toddy in place of whisky or you could try it in a Negroni instead of ordinary gin. Wadsack had some ideas of his own: “it’s perfect apres ski, in a hip flask, and also amazing mixed with prosecco or ruby Port.” Port and gin liqueur? We think the good Reverend would approve.

The rise of cask whisky investment