This week we’re taking a look at a little distillery in Burnley which makes some seriously interesting spirits including a barrel-aged gin, a hopped vodka and breakfast rum. Because everyone enjoys rum with their breakfast, or is that just us?

Batch began as a brewery in Hampshire but founder Phil Whitwell got the gin bug inspired by visits to Spain where his mother lives. The only problem was that he didn’t have the space. So he ended up moving to Burnley in Lancashire, and building a distillery in a basement belonging to his nephew Ollie Sanderson who became head distiller. The Burnley basement was officially opened as a distillery, by the High Sheriff of Lancashire, no less. Their first release, called Batch Gin, won a silver medal at the San Francisco World Spirit Competition. Not bad for beginners.

What began as a hobby with both Whitwell and Sanderson having full time jobs quickly got serious when northern supermarket chain, Booth’s, took them on, Suddenly that basement seemed awfully cramped so in 2016 they moved to a converted mill also in Burnley with a custom-built 165 litre still called Adrian. The success has continued: last year their 55% ABV Industrial Strength gin won a double gold in San Francisco. Then, earlier this year, the Batch boys were inducted into the Gin Guild so they get to wear little silver juniper branches to show how much they love gin.

Alongside a core range, the company produces ‘Batch Innovations’ which are a bit more far out. These include one that has just arrived with us called USA Breakfast Rum. No, it’s not designed to be drunk at breakfast, though you could, we won’t judge you. Instead, it’s inspired by the great American breakfast and flavoured with maple syrup, pecan nuts and blueberries.

But what the Batch team really love to do is age stuff in barrel. So much so that Whitwell somehow acquired a 3200 litre Cognac cask during a family holiday to France. Well, it makes a change from a beret and a tin of confit de canard. Operations manager Jodhi Didsdale told us that they got a surprise when a cask the size of six sherry butts turned up one day on the back of a lorry. This gigantic barrel is used to age a gin made with whinberries (aka bilberries).

Barrel-aged gins are nothing new. In fact, in the olden days when most  liquids were transported in barrels, most gin would have been ‘cask-aged’ to some extent.  So-called yellow gins were produced in small quantities throughout the 20th century but nowadays are firmly back in vogue with many distilleries including Beefeater offering aged versions.

What do you get if you cross gin with rum? Gin rummy!

Batch has combined its love of gin, rum, cask-ageing and bad puns in a product called Gin Rummy. First the team blended together the Signature and the Industrial Strength gin. The danger with aged gins is that the wood will overpower the ginniness of the gin so this only spent about a month in a PX sherry cask that had been used to age rum. Then it spent some time in a whisky cask before being bottled at 42% ABV. Operations manager Didsdale described it as “quite a playful one”. She recommends drinking it with cola which sounds a bit odd but according to her “the cola brings out the rum elements in the gin.” We think that barrel-aged note would work really well with barrel-aged vermouth so try it in a Martini, heavy on the Noilly Prat for the full cask effect.

Master of Malt @MasterOfMalt
30 minutes ago
Irish Distillers – maker of Jameson, Powers, Redbreast and more – is an Irish #whiskey linchpin. Without it, Ireland’s national spirit would’ve been consigned to the history books. https://t.co/cGvAXZxSfS
View on Twitter
0
1

Master of Malt @MasterOfMalt
3 hours ago
Tomorrow's the day where we taste three delectable @deanstonmalt drams live on Instagram, and Stephen Woodcock is even joining us for the occasion! We can't wait to talk (and taste) all things about the Highland distillery, see you there at 7:30pm! 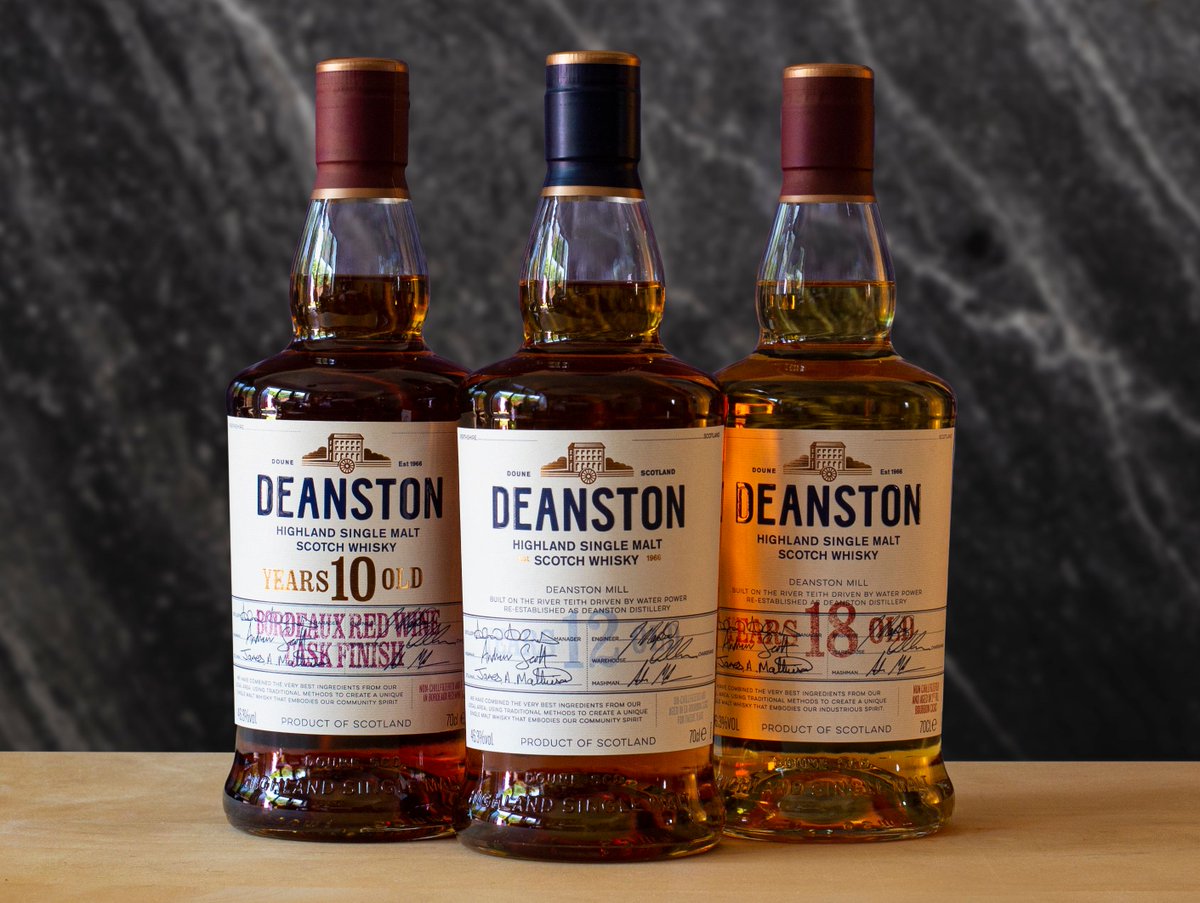