Kristiane Sherry
No Comments on Milk & Honey Distillery: A taste of Tel Aviv

Forget tradition: Tel Aviv’s Milk & Honey Distillery is taking conventional whisky-making and turning it on its head in pursuit of bold flavour and a focus on locality. This is what meaningful drinks innovation looks like in 2019.

What makes a whisky a whisky? For purists, there are stringent rules to adhere to, especially if you come from a classical Scotch perspective. For others, it’s all about the flavour, and the innovation that comes from experimentation: grains, cask type, yeast strain. Then, for world whisky especially, there’s a growing consideration: locale. And none of these have to exist in isolation, something that Israel’s Milk & Honey Distillery is setting out to prove.

“There’s no whisky-making in Israel,” an El Al representative forcefully tells me at the airport. I’m about to travel out to Tel Aviv to get a taste for the distillery first-hand. The immediate issue: convincing the national airline that I’m not some kind of security threat.

“There is!” I respond. “And there’s gin, too. I can’t wait to taste the whole range, actually.”

He looks at me like I may well be both mad and geographically confused. But he lets me proceed. And that perhaps is the first barrier Milk & Honey faces; Israel is known for many things internationally, good and bad, but spirits production isn’t one of them.

It’s something that a group of whisky-loving entrepreneurs set out to change back in 2012. Considered, thoughtful co-founder Gal Kalkshtein describes himself as a serial entrepreneur. Tomer Goren, a contemplative drinks and chemistry geek, is head distiller. Eitan Attir, CEO, is commercially-minded and collaboration-focused. Dana Baran, marketing vice-president, is glowingly cordial and welcomes us with open arms. Tal Chotiner, a more recent addition to the team as international sales director, is an easy-going beer-lover. Tal Gantz is an infectiously boisterous brand ambassador. The team we meet are all so different, but they share a collective vision: to get the world to fall in love with Tel Aviv whisky.

“There is just no tradition of distilling in Israel,” Kalkshtein tell us when we meet in the distillery’s sleek visitor centre, complete with bar and highly instragrammable wall art. Yes, there’s wine production that dates back centuries, but whisky and gin production is entirely new. Times are changing though, and while Milk & Honey is the “biggest, largest, most serious” distillery, he says, others are coming online. Production details of course sets M&H apart (more to follow!), but the first thing that piques interest initially is its Tel Aviv location.

Think ‘Tel Aviv’, and you may well conjure up images of beachfront chill, award-winning bars and beautiful people – the Miami of the Med, if you like. Stark Bauhaus buildings bask in 300 days of sunshine each year; the snaking staircases of Old Jaffa hold millennia-old secrets. By day, the city takes to the beaches, the golden sand peppered with bars, colourful lifeguard huts and volleyball courts. By night, there’s a different energy. Tel Aviv becomes fluorescent; neon signs adorn the walls of sleek cocktail bars, meticulously-presented dishes delight elegant diners in the fanciest of restaurants. But there’s no pretence: there’s as much of an appetite for pitta bread feasts from street food vendors washed down with beer as there is for haute cuisine.

The steps in Old Jaffa

Tel Aviv has become almost as well-known for its food scene as it is for its laid-back, liberal outlook. The Milk & Honey Distillery largely sits at this intersection, keen to align itself more with the city’s international reputation than that of its native country.

Tel Aviv beach: The Miami of the Med

“We wanted to go global from the get-go,” Baran explained, over a welcome cocktail at the distillery. And it’s an effective philosophy. Work to convert the former bakery to a distilling space started in 2014, five short years ago. The first “serious” distillation took place in 2015, when the visitor centre opened. Already, 72% of production is destined for export. “The ambition is to get to 90%,” Baran explained.

The colours of Tel Aviv

Good news for international spirits lovers, then. Even better news: whisky is on the way. “There will be a commercial whisky out at the end of the year,” she confirms.  Expect a founders’ edition, followed by liquid for The Whisky Show. And we should anticipate high demand: more than 12,000 visitors have made the trip to the distillery since April 2016, with 10,000 expected in 2019 alone.

But, back to that fundamental question: what makes a whisky a whisky? However you approach it, production has to play a part. And for the Milk & Honey team, balancing the traditions of Scotch with the challenges (quirks?) of the Israeli climate its physiography has resulted in some really quite stunning spirits.

After the introduction in the bar space, we embarked on a tour. “We doubled the size of the distillery a year ago,” said Baran as we moved through. The space is substantial but not cavernous, and it’s already pretty full with tanks, stills, casks, the lab, and even a bottling line.

Different casks line up in front of the Milk & Honey lab

“Everything is operated by steam,” said Goren, almost wryly as we walked through the distillery. “There’s no cold spring for us to use.”

The Israeli climate is perhaps the fourth ingredient in this whisky (alongside malted barley from the UK and peated barley from the Czech Republic, yeast, and of course, the water, which is filtered before use). Winter doesn’t dip below 16°C, while summer highs can top 40°C. Humidity is in the 50-90% range. This isn’t just an environment for rapid ageing, it’s positively breakneck.

Good job, then, that the team set up the distillery under the wise and watchful eye of the late Dr. Jim Swan. His legacy is everywhere, from the still design to the widespread use of STR casks (shaved, toasted and re-charred). Everything is purposefully set up to harness that swift maturation speed, and channel the character into whisky that thrives at a younger age.

Casks in the Tel Aviv sunshine

We start off by the mash tun, which processes 10 one-tonne batches each week. Production stops on Fridays and Saturdays (the resulting whisky will be kosher) with as much as 450 tons of malt processed each year. It’s then on to the Israel-designed one-tonne mash tun, interesting because it operates with two waters, rather than the traditional three.

Fermentation is perhaps longer than expected, given the climate. The process is allowed to bubble away for up to 72 hours, in four stainless steel tanks. The team uses M yeast (“typical, really”), and the resulting wash is bursting with orchard fruit (we were there during unpeated production).

Distillation is where it really starts to get interesting. The 9,000-litre wash still was literally salvaged from Romania – “like a rescue still!” I remarked – and dates back to the 1980s. The team think it was made in Spain for Spanish brandy-making, but it’s impossible to be certain. The 3,500-litre spirit still came from CARL in Germany. “We want ‘Scottish-style’ single malt,” said Goren. And why did they plump for the Romanian still? “Go to Forsyths and you’ll have a 10-year wait,” he commented. “We take a very, very short, very high cut,” he continues, with the spirit coming off at around 73% ABV, bursting with big, round fruit notes.

While Milk & Honey is very much in the whisky business (even if most liquid is still to come of age), gin is a massive part of its activity, too. Local botanicals, sourced from the famous Levinsky market, include cinnamon, coriander, chamomile, black pepper, lemon peel, verbena, and hyssop. These are macerated in the dedicated 250-litre pot still for 48 hours prior to distillation. There’s even a Levantine Gin – Tel Aviv 2019 edition specially blended to capture the essence of the city. We explored the labyrinthine Levinsky market after the distillery tour – this expression really is a taste of Tel Aviv, with its zesty citrus and fresh spice.

Milk & Honey makes use of a tremendous array of casks. Along with the mix of ex-bourbon, STR and virgin oak (at around a 70%/20%/10% ratio for what will become the classic whisky expressions), there’s a whole load of esoteric vessels, too. Think: Israeli wine casks (“Israeli wines are kosher”), STR red wine casks hailing from Portugal, and even a pomegranate wine cask. This is perhaps where operations diverge from the strictly Scotch-style approach. We gather in a warehouse space, fittingly surrounded by casks, for a tasting session.

But it’s not just what you mature spirit in; where that cask rests will have a massive impact on flavour. This is most marked when we taste spirit from casks matured on the shores of the Dead Sea – the lowest place on Earth. After the new make (surprisingly soft, bursting with pear, apple and green grain notes) and a couple of samples of maturing spirit (including exceptionally rounded liquid from an ex-bourbon cask just one year and seven months old), we move on to the Dead Sea liquid. “This one is six months old,” Chotiner explained. I was stunned. The liquid was almost garnet in colour, an astonishing hue given the short time exposed to oak.

I’ve not visited the Dead Sea, but photographs will show you it shares a similarly jewelled complexion. Turquoise and sapphire waters lap at lemon quartz shores – and then there’s the salt factor. It’s 430.5 metres below sea level, and the Sea is 9.6 times as salty as the ocean. Temperatures can reach 50°C in summer. Milk & Honey was the first distillery to mature spirit in these “incredible” conditions.

The casks chosen to reside here? Ex-bourbon, ex-red wine and more of those STR casks. The first impressions of the spirit (at six months it’s WAY too young to be called a whisky) was its overwhelmingly velvety quality on the palate. Young spirit is usually spiky, lively, harsh. Not this stuff. It was super well-integrated and soft, with dark fruit and chocolate notes. I had to double check with Goren that I’d written down the age correctly in my notes. But yes. Six months it is.

Tasting in the warehouse space

“We could never fully mature there, it would be too much,” he added. Anticipate future Milk & Honey whiskies to spend a short finishing period at the Dead Sea though – and expect them to be incredible.

We taste some more young spirits, including a delectable rum cask-matured expression, an ex-Islay cask, and even a sample from the aforementioned ex-pomegranate wine casks. Each added another dimension to the Milk & Honey vision: yes, this is ‘proper’ whisky, double-distilled and treated to thoughtful processing from raw materials to maturation. But this is a team unafraid of showcasing its inventive side – or its Israeli heritage.

We walk back through to that sleek bar and event space for a quick cocktail before heading back out into the sparkling Tel Aviv sunshine. I ask Kalkshtein whether among all the iterations, the distillery expansions, the international growth, if he ever takes a second to appreciate everything he and the team have already achieved.

“You never stop and think, ‘wow, we did it’,” he pauses for a moment. “But the stills are the most amazing thing. That’s the point where you say, ‘wow, we did something good’.” Watch out, world whisky: Israel is about to arrive on the scene.

Master of Malt @MasterOfMalt
49 minutes ago
A heavily-smoked limited edition 11 year old English #whisky has just landed with us. It’s the aptly-named the English - Heavily Smoked! 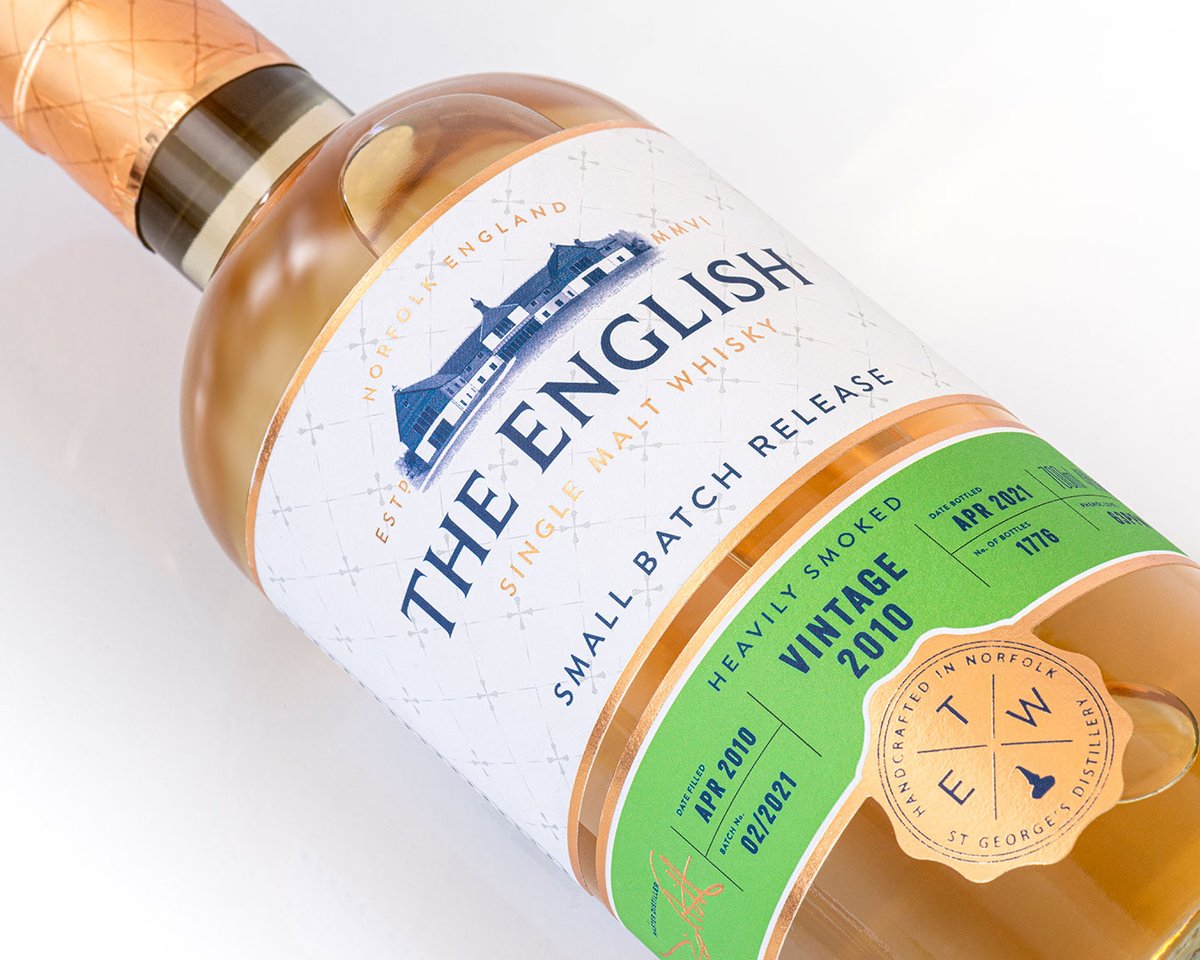 Master of Malt @MasterOfMalt
2 hours ago
Wondering what to sip on while you're grilling and sizzling? Come and check out our selection of brilliant bottles to go with the BBQ! 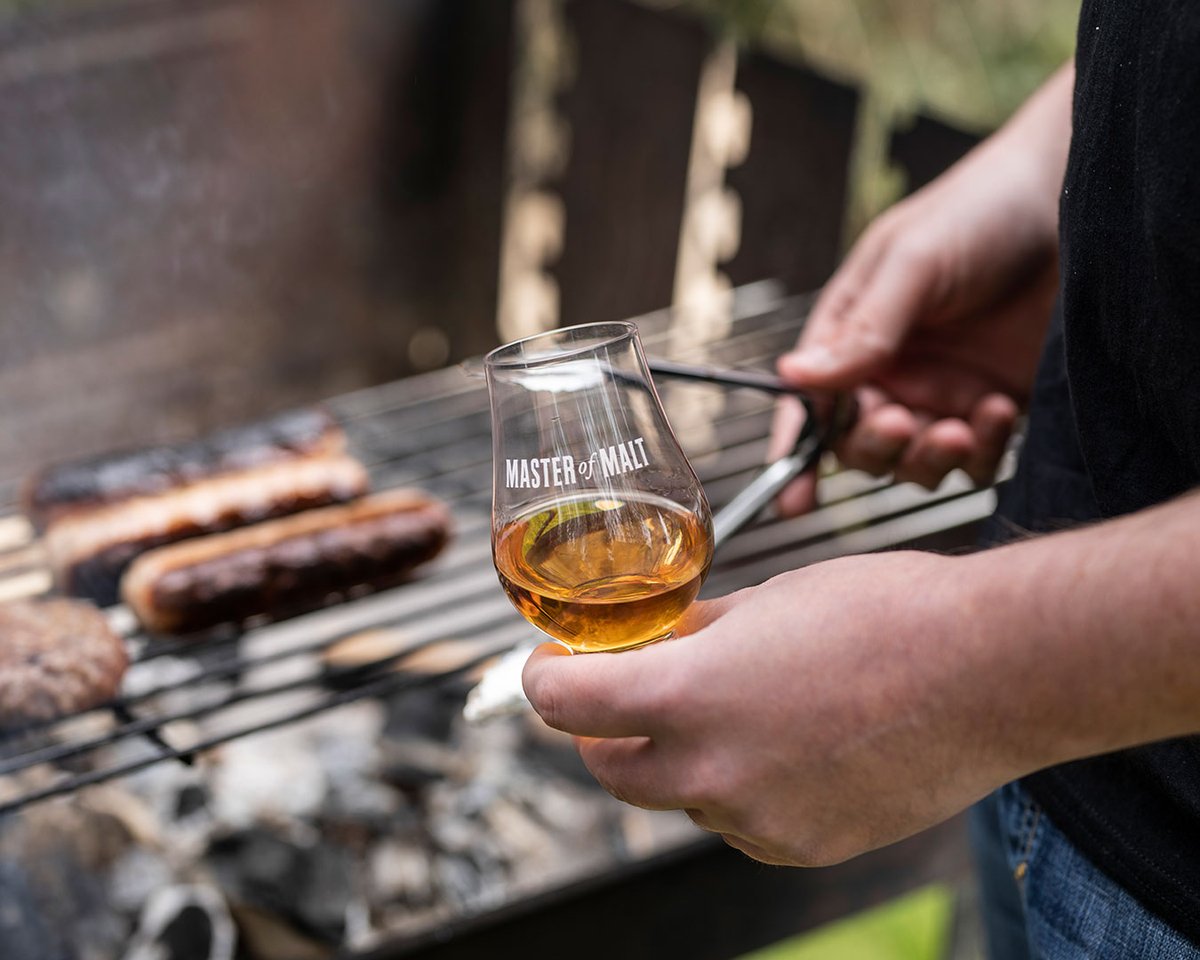 Master of Malt @MasterOfMalt
4 hours ago
The @Cotswoldistill has a new #gin and it's one for those of you who love wonderfully fresh herbaceous notes...