Something delicious this way comes! Irish whiskey turned its back on peat in the late 20th century. Now the Teeling team is breathing new life into all things smoky with the arrival of BlackPitts.

Stephen Teeling is audibly thrilled. We’re chatting on the phone; I’ve got a bottle of Teeling Whiskey’s latest release in my hands. It’s a big moment. “It’s something so unusual in a category dominated by certain styles,” the sales and marketing director says, his voice dancing.

And without straying too far into hyperbole, this launch really marks a landmark moment for the Irish whiskey category. We’re talking about Teeling BlackPitts, the latest release from the pioneering Dublin distillery that set up operations in 2012, before the Irish whiskey resurgence that we’re enjoying now took hold. It’s a triple-distilled (fully at the new distillery!) ex-bourbon and ex-Sauternes wine cask-matured single malt expression, bottled without chill filtration at 46% ABV. So far, so Teeling. Except it’s peated.

“Peated malts can be very divisive,” says Teeling. “We wanted to step away from that and do something pretty cool.” He explains the desire to produce something modern, relevant, and unconventional, and kick-start the Irish peated scene in the process. “We didn’t want to copy something done over in Scotland.” 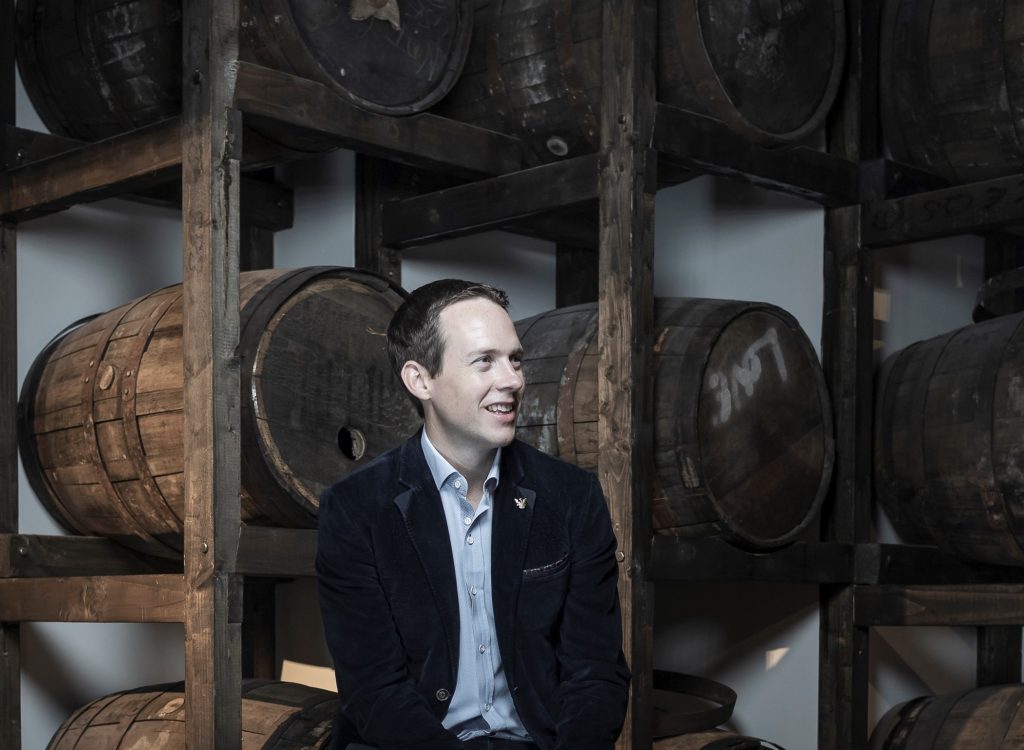 A question of peat

Why is peated Irish whiskey so unusual? There are a handful of other examples, but compared to its Scotch counterpart, peat is found far less frequently. This wasn’t always the case. One sixth of the landmass was Irish peat bog at one time, Teeling tells me. “The style just got left behind when coal became more available, at least for the Dublin distillers.”

With so little demand, he had to look to Scotland to source his peated malt for BlackPitts. But this is something he is optimistic will change if releases like this one resonate strongly. And it’s why this launch feels so significant. “I’m hoping in the years to come some of the malting houses will go back to it. They were peating in Ireland in the 1970s and 1980s.”

But just how pronounced are we talking? The malt is peated to 55ppm (phenol parts per million), but this drops down to 15ppm once fermentation and distillation has taken place. “We’re going for a turf, rather than the more iodine style,” Teeling adds, stressing that the finished product isn’t intended to copy whisky styles already in the market.

And how does it stack up? After our call I get my nose stuck into that tasting glass. And it’s pretty wonderful! It’s absolutely not the smack-you-round-your-face gusts of peat that have become synonymous with the production technique. It’s much more refined. And actually pretty elegant. I’m a big fan of the nose, which is caramel- and orchard fruit-dominated, with a whisper of earthy smoke. The peat character is more apparent on the palate when it becomes more bonfire-like. It’s still well-integrated, wrapped up nicely in pear tart, almost jammy notes. It’s medium-bodied, pleasantly ashy, and its honey vibes make it feel quite soft and velvety. The finish goes back to that gentle smoke of the nose, with an impression of salted popcorn. It’s an accessible entry point into peat, but also has the complexity and character to keep the geekiest whiskey fans entertained. In short: it’s really rather tasty. 2,000 cases were released in the first batch, but don’t panic. More is en route next year! 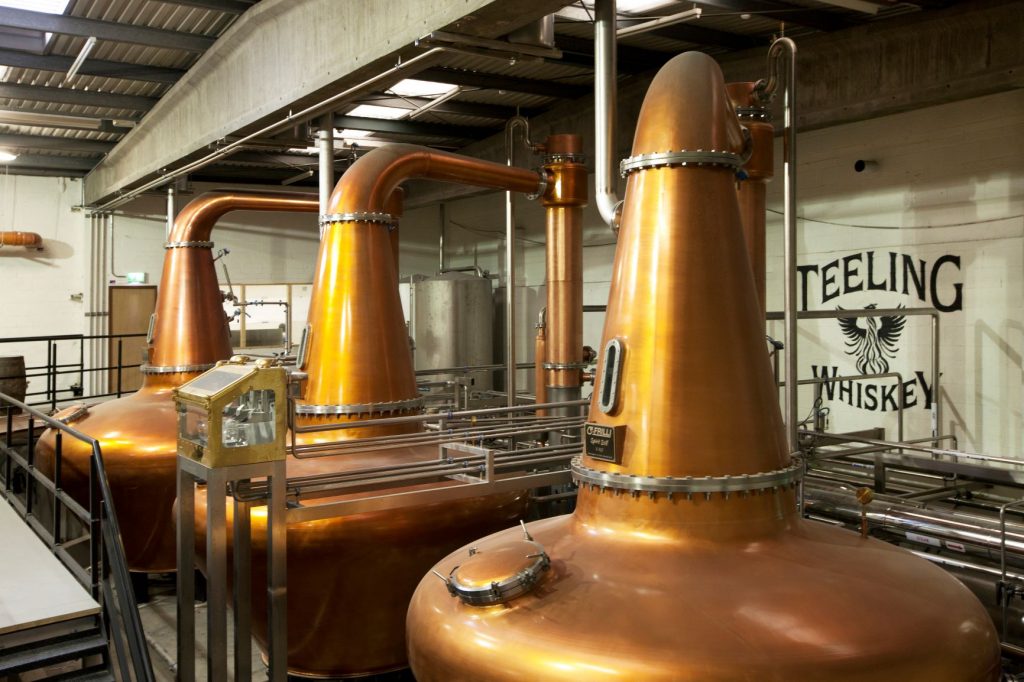 The pot stills at Teeling in Dublin

What’s in a name?

With that out the way, where does the name even come from? It’s the district right beside the distillery, Teeling explains. “It’s about celebrating the area with something so different,” he says. It was historically home to the tanning industry, which stained the streets dark, giving the spot its name. It was also home to some maltsters, according to Teeling. It’s pleasing how things have gone full circle.

Why was now the right time to release BlackPitts? “There’s a huge interest in people discovering different flavours,” he muses. And it’s true. Just look at the plethora of finishes available today.  “Maybe the explosion in Irish whiskey means people are more open,” he adds. With Irish whiskey getting more air-time than perhaps ever before, it’s time to push the boundaries.

BlackPitts isn’t the only newness to flow from Teeling in 2020. While the rest of us have been nurturing sourdough starters or battling banana bread, Stephen Teeling and the team have been innovating. “We’re lucky enough in the Irish whiskey category that you can have a bit of fun, not just with the barrels but with the intake,” he says. Rye experiments are in the works, and there was the Teeling Ginger Beer Cask Finish collaboration with London’s Umbrella Brewery (definitely worth checking out if unusual-but-excellent bottlings are your thing).

“Single-use bourbon barrels are a really great canvas for us to layer other things on,” Teeling continues. It’s true for the Ginger Beer Cask Finish, but also BlackPitts, which makes use of those Sauternes wine casks. “You’re only as good as the output of your distillery.” 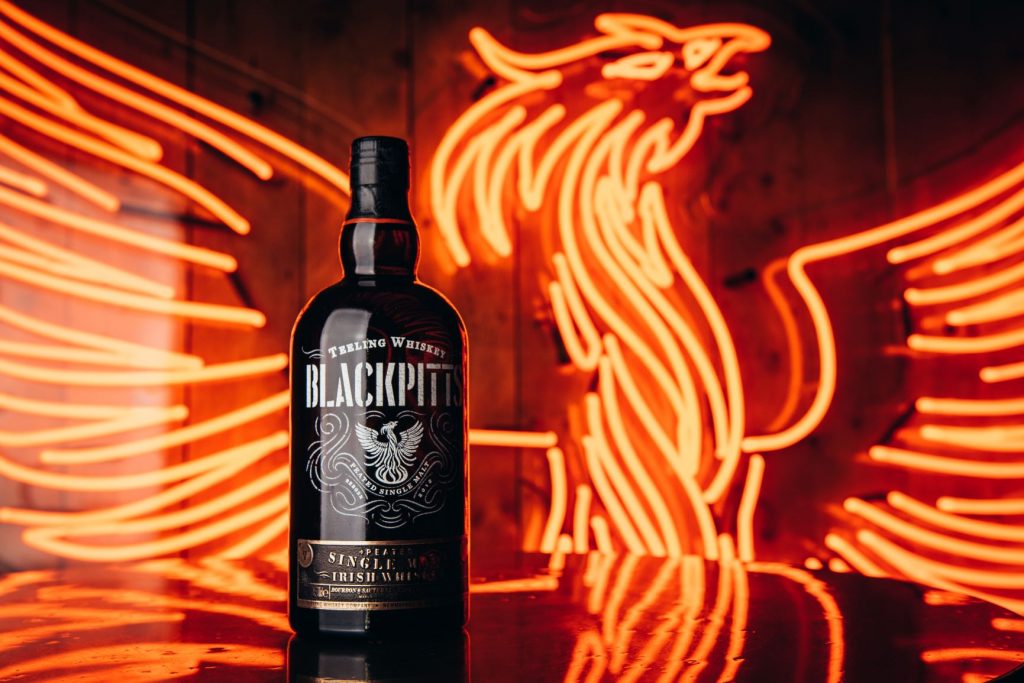 The conversation comes back to BlackPitts, and the reality of producing the expression. “It was a labour of love,” he laughs. “If you ever run peated malt in a distillery it’s very disruptive!” The extra measures to avoid the peat tainting future batches seems quite daunting. “But hopefully we’ve just started the trend. We’d love to get to the stage where there’s a commercial angle [to peating]. I hope it’s something that comes back. The tradition has fallen away.”

And that’s one of the most meaningful concepts of mixing tradition and innovation we’ve heard for a while.