Ben Ellefsen
No Comments on Master of Cocktails – Margarita

So, I’m sure you’ll all be familiar with this classic tequila cocktail, but it’s one that’s so often poorly made. Well, we’ve had quite enough of that. For last night’s #MasterofCocktails recipe we decided to tackle the problem once and for all!

There are a couple of things to consider and to take care of in advance, but after that it’s a nice simple build.

In a change to our usual start, instead of banging a glass in the freezer, we actually need to do a little prep. Your glasses need to be salt-rimmed in advance – preferably the night before or nice and early on the day you’re making your cocktail(s).

So, get a couple of bowls and put a splash of the Monin Sugar Syrup in one, and some (good) sea salt in the other. The salt needs to be good, good enough for you not to mind chomping on it.

Run half the rim through the sugar syrup then dip in the salt, but be careful only to get salt on the outside of the glass. Not the inside, not the top, just the outside – nothing worse that salt falling into the drink. Blearch. Only dipping half the glass gives you the option to sip from either side.

The reason this should be done well in advance is so that the salt has time to set to the sugar syrup as it evaporates. It should be rock hard by the time you want to use it.

Now before we start, a word about Citrus. You’ve caught me in process of chucking this lot out:

Looks like a waste? Well it ain’t. Promise. This lot’s about a week and a half old, and has started to go a bit soft. You’re spending *serious* money on liquor, don’t, whatever you do, be tempted to cheap out on the 20p of Citrus. Biggest False Economy ever. Here’s the fresh stuff for Christmas. Much better.

Okay – Margaritas. If anyone’s got any sour mix, now’s the time to throw it down the sink and punch yourself right in the face.

If you’re from America, you’re going to need to multiply this recipe by 10, and put it in a pitcher for some reason. Never understood that. Maybe it only exists in episodes of Friends and The Simpsons…

Anywhoo… We’re going to start with the Tequila. I’m using Tequila Chamucos Blanco. It’s one of the very best Blanco Tequilas. It also has the benefit of the coolest glass *ever*. #BubblyGlass

So we’re going to use 50ml of this pretty amazing stuff. Big Citrus (Blood Orange) nose…

Pop that into a Boston shaker…

Next up, 25ml of Pierre Ferrand Dry Curacao. This is a Cognac-based Triple-Sec.

The fact that the Triple-Sec has got a bit of wood about it lets us get ‘age’ into the mix, whilst using a Blanco Tequila. My personal taste dictates that I only keep Blancos in the house. Not sure why. I just find them more appealing.

Finally, 25ml fresh lime juice. Do use a Mexican elbow to squeeze it – you’ll get a better flavour.

That might sound a bit mental, but the act of ‘squishing’ the half-lime means that you express some oil from the skin. If you were using a reamer, the chances are you wouldn’t get any of that, though.

Anyway – that’s all three ingredients in the shaker – fill ‘er up with ice now.

Now we’re going to give it a good old shake until frosty.

Double-strain into your pre-prepared glass. No pre-freezing the glassware this time, as it would mess with the salt-rim.

There we have it. The Margarita. A genuine classic.

Look closely and you’ll see there’s absolutely NO salt inside the glass or on top of the rim.

This is important. Personally I think that salt with a margarita is a bloody terrible idea, but lots of people disagree. Using this technique to apply salt to half of the rim gives your guests a choice. Can’t be a bad thing.

You can, of course, serve a Margarita on the rocks – also a good choice… Use a big rock though…

As ever, here’s that recipe again, all in 6 seconds!:

For next week’s cocktail, we’re properly going for it. Balls-out mid-festive-season excess!

Master of Malt @MasterOfMalt
56 minutes ago
Cuban spices, coffee, cacao and chilli sounds like it would be pretty good in a rum, right? That's exactly what Black Tears Spiced #Rum is full of, now with £5 off in our Deal of the Day! 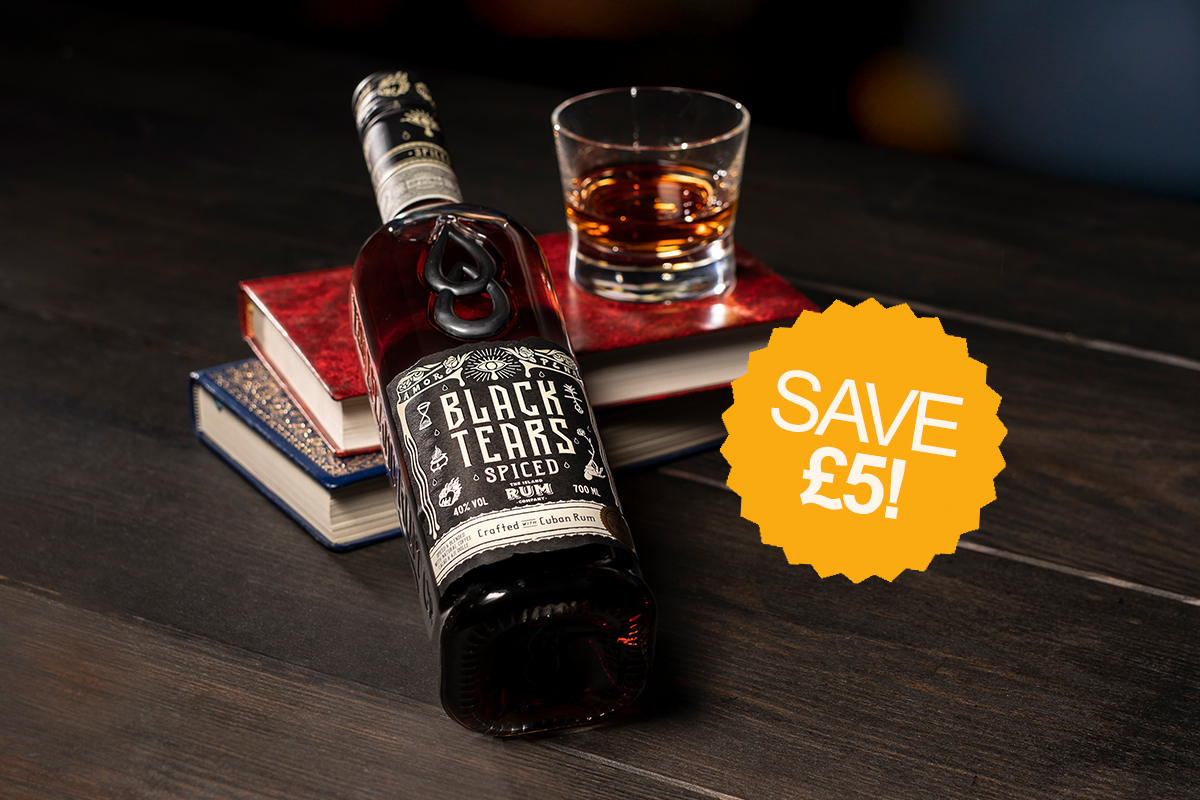 Master of Malt @MasterOfMalt
2 hours ago
What's in store for today's #BlackFriday deals, we wonder? Could it be this wonderful selection of spirits we see before us? Indeed it is! We love it when a plan comes together... 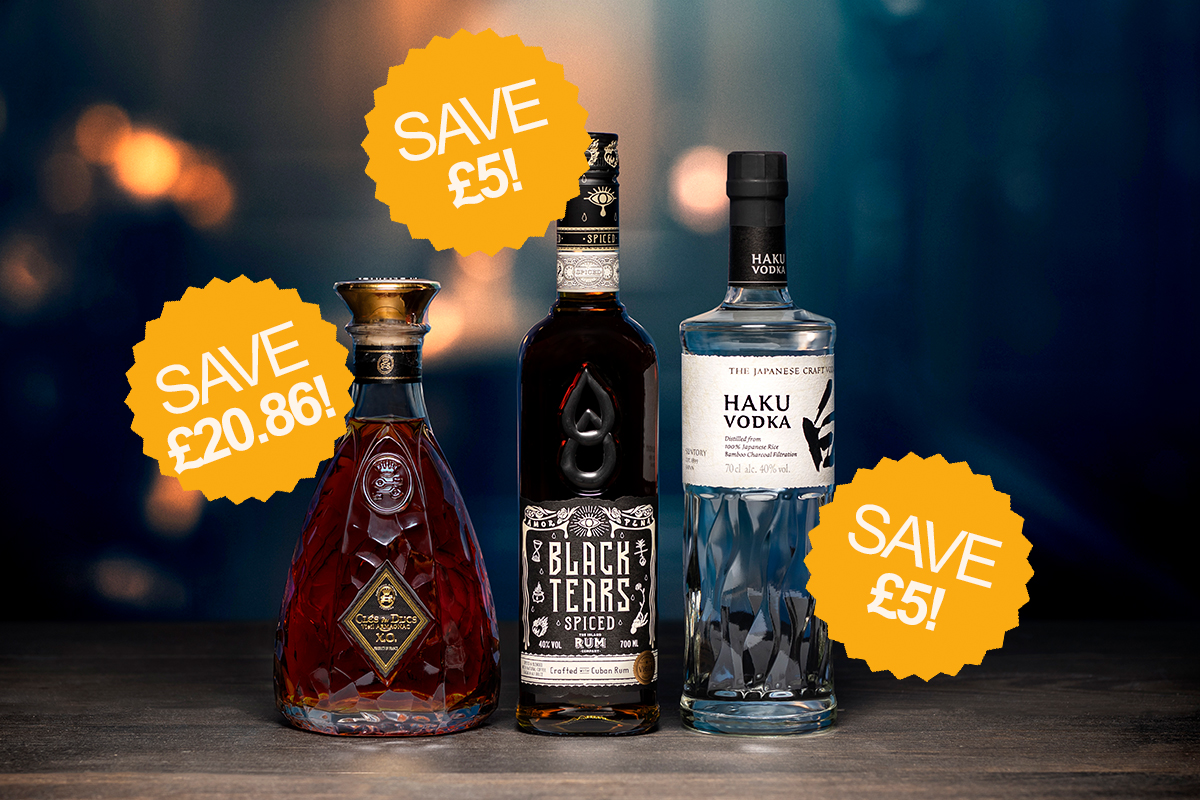 Master of Malt @MasterOfMalt
12 hours ago
The Wild Beer Co. loved its Sleeping Lemons beer so much it made it into a #gin! Citrus fans, with lemon, preserved lemon and a smidge of salt, this one's for you... 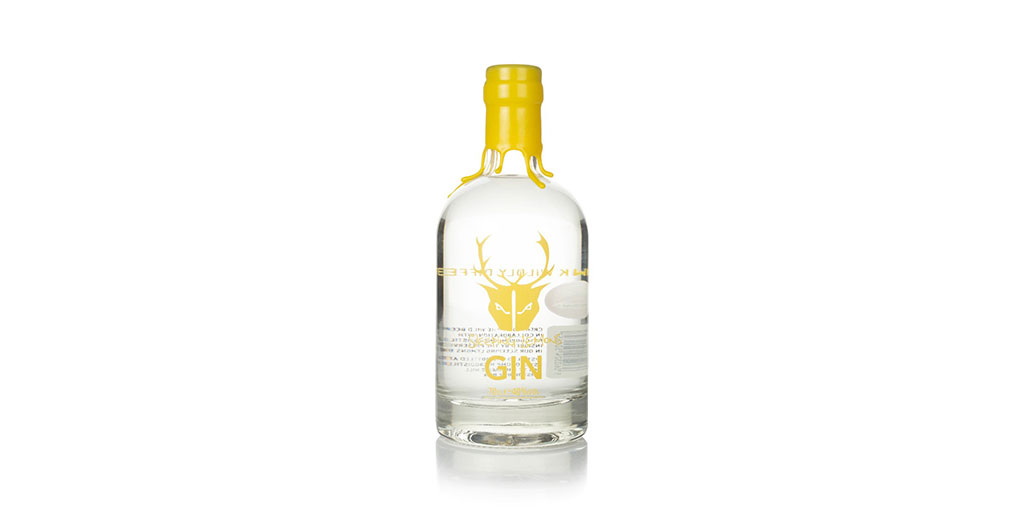