Molecular gastronomy has revolutionised our understanding of flavour in food, and now this approach has found an application in spirits-making. Founded by three Cambridge scientists and engineers, Linden Leaf Botanicals uses state-of-the-art technology to create organic spirits molecule by molecule. We chat with co-founder Matthew Webster to delve into the art of extraction and blending…

Flavour science has “come on leaps and bounds over the last 20 or 30 years”, says Webster, who heads up Linden Leaf Botanicals with co-founders Paul Bennett and Mukund Unavane. But when it comes to making booze, the industry is lagging behind. “As you look at spirits – especially spirits which have botanical extracts in – they’re never quite as good as the things they’re meant to taste like,” he says. Think about twisting an orange peel or tearing coriander leaves – “there’s a particular freshness, and we were very curious to see, well, why is it that people can’t do this?” 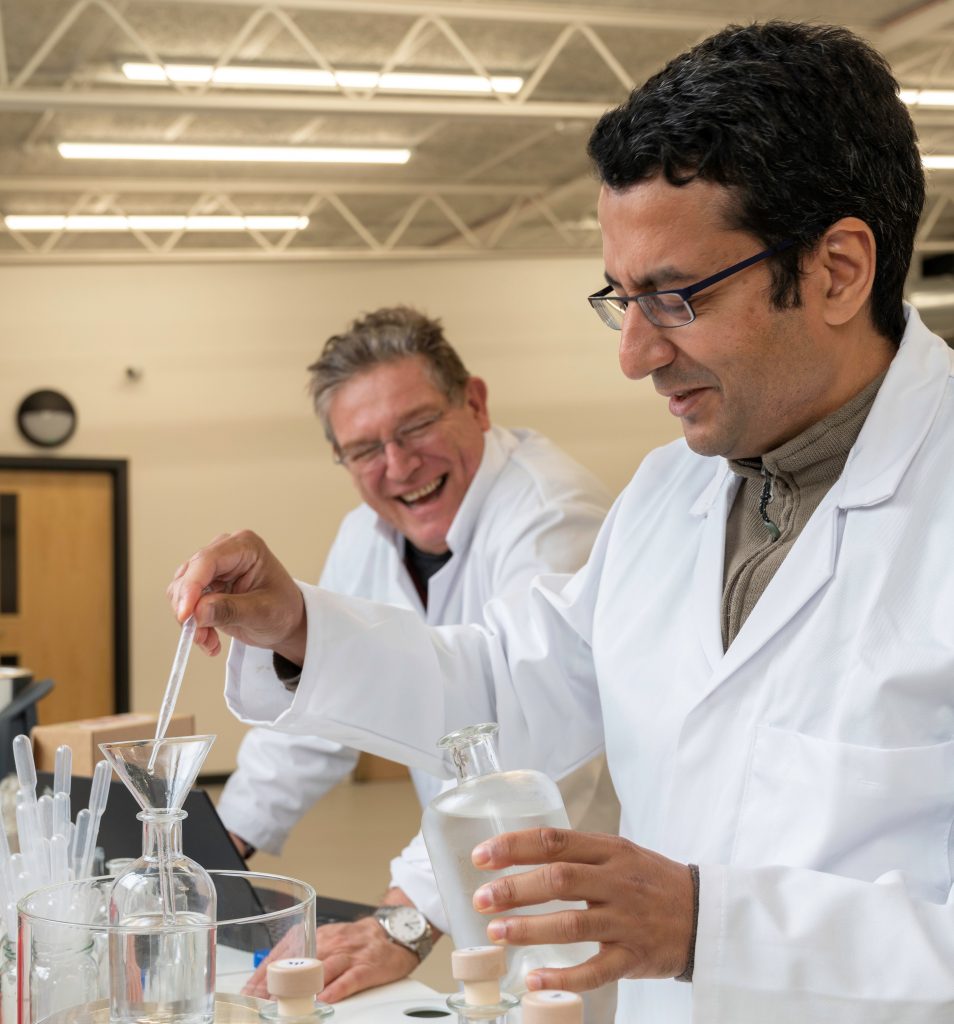 It’s a barrel of laughs at Linden Leaf

The trio started by sourcing ingredients that were “real archetypes” of the key flavours they were looking for, says Webster, and examining them at a molecular level using gas chromatography and ‘time-of-flight’ mass spectrometry. “With gas chromatography, you put the [botanical extract] down a very long, thin capillary tube,” Webster explains. “The lighter molecules move faster through it and the heavier molecules, broadly, move slower through it. And it breaks the mixture down into all of the different individual molecules.” Time-of-flight mass spectrometry allows the team to weigh each molecule “incredibly precisely” in order to identify it. “We have these huge databases and models that tell us exactly how much each molecule weighs, and it’s precise enough that you can pinpoint it,” he adds.

This means you can take a botanical extract such as juniper and separate the molecules out in order to pick out the various aromas and flavours within. “You can pull out an incredibly strong smell of lilacs from juniper, or you can pull out a pure Christmas tree pine smell, or some really nice warm clove and winter spices smells, and they’re all there together,” says Webster. “The thing is, if you take all of those smells and join them together and sniff it, it smells like juniper. But you can [alter the flavour] by extracting more of this bit or less of that bit.”

Of course, we’re talking about one variety of juniper. In reality there are hundreds of varieties, even different species of juniper, says Webster. “From species to cultivar to how it’s prepared, what season it’s picked, there are incredible differences even in that one ingredient,” he says. And so they began building a library of flavour molecules using a huge array of ingredients, from the conventional (e.g. supermarket melons) to the barely-edible (oak moss, walnut husks, etc.), all the while experimenting with extraction variables. 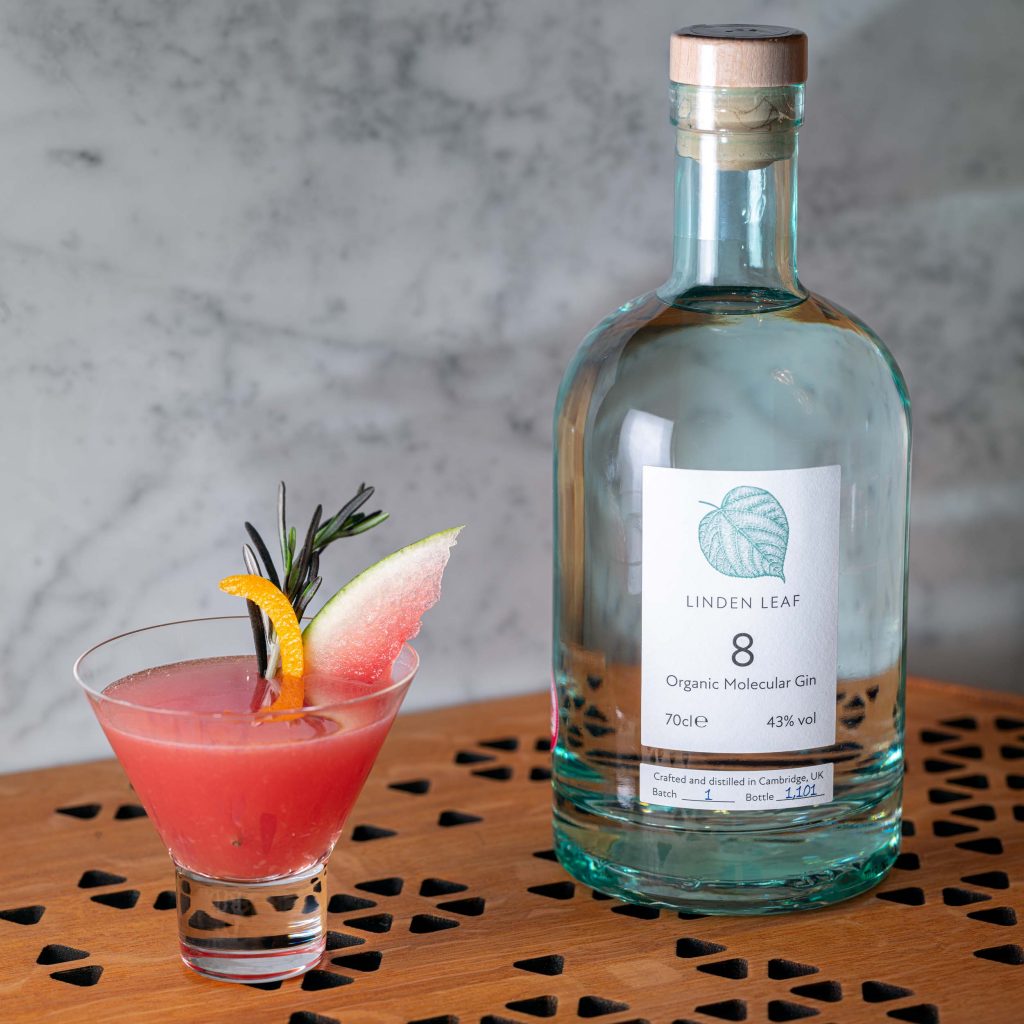 There are a wealth of different options, each more technical than the last, spanning traditional (hot) distillation, vacuum distillation, chill distillation, and supercritical CO2. “sCO2 (sic) is this fascinating process where high pressure liquid CO2 dissolves all the flavours,” says Webster.  “You let the CO2 boil off – you capture it, so it’s reused – and you’re left with a very different set of flavours. We’ve tried all of these, and we use them as appropriate for each individual flavour.” “Traditional distillation can bring out an interesting flavour profile if you get the parameters right”, he says, “but for the majority of things, the more complicated and scientific approaches do better.”

Fascinating as the molecular analysis is, it only tells half the story, since individual people perceive flavour in different ways. “We wanted to try and build a flavour model; an atlas of how these molecules interact when people taste them,” says Webster. “Does the average person prefer marmalade-y orange or fresh, zingy orange? We asked our friends to taste different gin candidate blends, and asked if any of their friends were interested, and it ballooned… Thousands of people ended up participating in the taste testing.”

The Linden Leaf team sent rounds upon rounds of samples to participants, asking for flavour feedback and tweaking the contents. “Also inside of that, we would try single botanical extracts, where we take one ingredient that is just incredible by itself,” Webster says. “We did everything we could to try and understand what people liked and disliked.” The results were fascinating. “Coriander is a really clear example,” he says. “Around 90% of people think fresh coriander smells and tastes beautiful. The other 10% of people like the smell, but when they taste it, they think it’s horribly bitter. It’s a genetic variation in people that makes them perceive the flavour differently, and it can be up to 15% depending on where people come from.” Understanding this allowed them to adjust the blend accordingly. 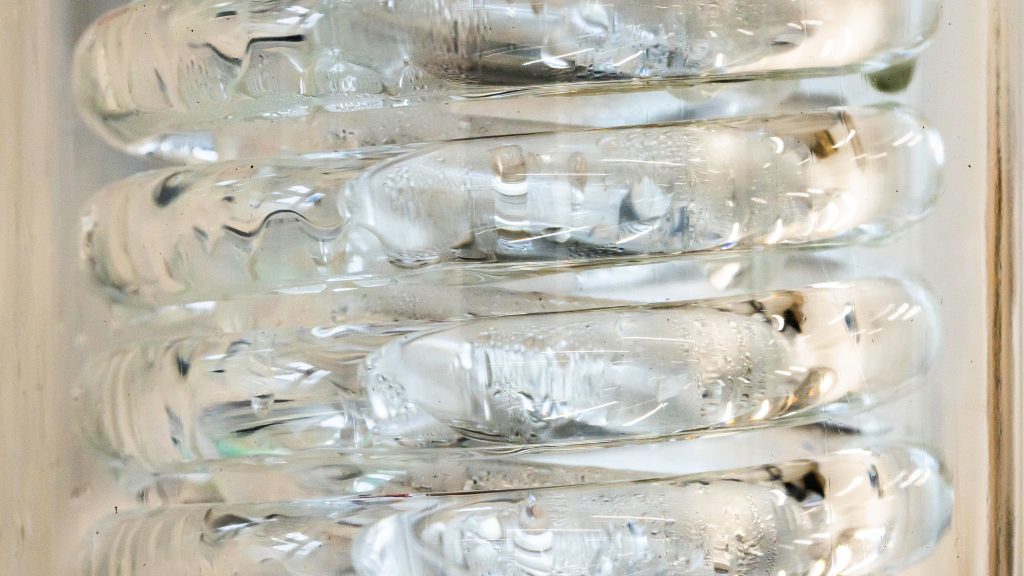 We love a bit of science here

Many of their findings were entirely unexpected. “We found that the strongest orange smell that we can make – the most satisfying, beautiful rounded orange smell – actually comes from a variety of pepper, not from oranges,” says Webster. “We found that there are some incredible extracts which don’t taste of much themselves, but they soften the bitterness of other things. We were also able to map these flavours over time as someone takes a sip of the gin; map which flavours come up at what point in the arc of the finish in the person’s mouth. It’s really good fun stuff.”

Currently the range consists of Linden Leaf 88 Gin – named for the total number of molecular flavour notes derived from each of its 28 botanicals – and Linden Leaf 8 Organic Molecular Gin, which contains eight botanicals and eight molecular flavour notes; plus Arabic Single Note Coffee Spirit, which showcases the full flavour profile on a fair trade organic coffee from Peru, as well as the super-smooth Singularity Organic Molecular Vodka.

There’s plenty more coming on the classic spirits front, including absinthe and aquavit, as well as a top secret project that looks set to revolutionise your home bar (and beyond). Considering the distillery kit they’re working with, seemingly no botanical is off-limits. The team at Linden Leaf don’t distil their base alcohol – at least, not yet – instead outsourcing their organic neutral grain spirit from third party distillers. The selection process is always led by tasting, says Webster. Organic alcohol varies batch by batch, depending on the season and the producer, and so every step along the way alters the flavour.

“We taste and analyse the various organic alcohols available on the market and when we think a batch will work particularly well with our products, we buy it in bulk,” he explains. “I’d love to get to a point where we can make our own, not only because it gives us the most control – and is kind of fun – but there are so many opportunities for making distilled alcohol manufacturing much more energy efficient and we’d really like to have a play with that. But honestly, I’m jumping the gun. That’s many years ahead.”

The Linden Leaf range is available from Master of Malt.

Brilliant bundles to help you up your cocktail game