Kanpai! 10 things you should know about sake

Annie Hayes
No Comments on Kanpai! 10 things you should know about sake

It’s complex, versatile and seriously cool, but how much do you know about sake? If your knowledge is lacking, fret not – we’ve got all the info on this lip-smacking Japanese tipple (for starts, don’t refer to it as ‘rice wine’). From the origins of the drink to its intricate production processes, here are 10 things you need to know about sake…

Japan: the home of elaborate toilets, bizarre vending machines, Studio Ghibli, selfie sticks, and matcha lattes. The island nation is also known for making an array of delicious boozes, from the popular – in the case of Japanese whisky and its waning stocks, we’re drinking them a bit too quickly – as well as some lesser known ones (think: shochu).

If Japanese whisky did well to ruffle the feathers of Scottish and American distillers as it shot to fame, does sake have what it takes to perturb the wine industry? Perhaps that’s a bit of a stretch, but either way, the world is certainly drinking more of it. Exports of sake reached a record high in 2017 at 54.5 billion yen (around £380 million) – a 27% increase on the previous year, in fact. 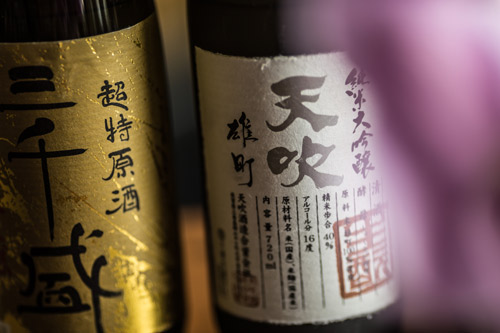 Surely those figures are worth a toast…

Keen to get the inside scoop on sake, we spoke with Christine Parkinson, head of wine at Hakkasan Group (the folks behind Yauatcha, Sake No Hana, and other Michelin-starred eateries across the globe), and Eleonora Pellegrino, floor manager at London-based modern Japanese restaurant Dinings SW3.

Sake: It really is unique

Sake is made by a process called parallel fermentation, explains Parkinson. “Polished rice – rice which has had the outside layers ground away – is steamed and then fermented,” she says. “Koji rice – rice on which koji mould has grown – provides enzymes to break the starchy rice down into sugar. Yeast then converts the sugar to alcohol.” 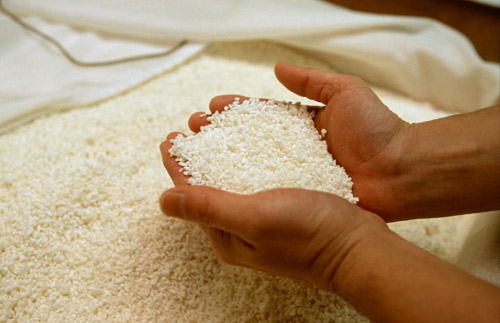 These processes happen simultaneously in the fermenting vat, hence ‘parallel’. The flavour is dictated by the level of ‘polishing’ the rice has undergone. “The more you reach the core of the rice grain, the more you’re going to obtain a floral, fruity aroma,” adds Pellegrino.

“It’s an ancient drink,” says Parkinson, “so ancient, in fact, that sake features in Japanese mythology.” The earliest versions, she explains, were made with unpolished brown rice, which was actually ‘mouth-chewed’ to produce enzymes to start the fermentation. Super gross.

“Commercial breweries proliferated in the 17th and 18th centuries – many still exist, passed down through the same families – and huge technical advances were made in the 20th century,” adds Parkinson. Oh, and the ‘proper’ name for sake is nihonshu.

It’s not a one-trick pony

You don’t need to be a gastronomic virtuoso to successfully pair it with dinner. Sake goes astonishingly well with most food, says Parkinson. “There is a Japanese saying which roughly translates to ‘the sake doesn’t fight with the food’. 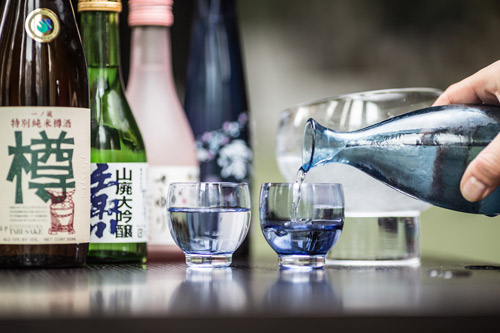 Sake: will not get in a punch-up with your dinner

“Not just Japanese food – if in doubt, try sake with cheese!” she continues. “Once people know they are on safe ground drinking sake with fish and chips, pizza and curry, as well as with sushi, the category will be much more approachable.”

There’s science behind it. Unlike wine, which is made from grapes, sake contains umami, so it’s better suited to a wide range of flavours, says Parkinson. “The acidity level is also much lower than wine, making it very easy to drink.” 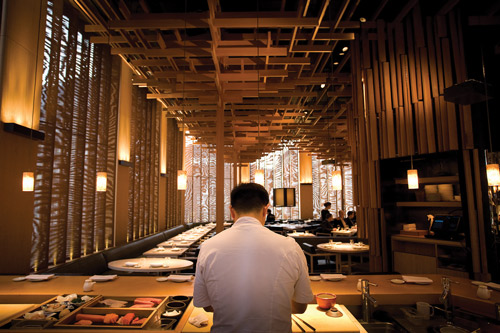 Sake also makes for a delightful aperitif. “That’s what I recommend to my customers,” explains Pellegrino. “Instead of a glass of prosecco or Champagne like they would drink in any other restaurant, start with a glass of sake. It prepares your palate to receive umami flavours. It’s starting the engine!”

There are a number of different sake styles to be aware of, and it gets very complicated rather quickly. Here are the basics: ‘Junmai’ means the sake is made from rice, yeast, and water. If a sake is ‘Honjozo’, it means that besides these three ingredients, high-strength distilled alcohol has been added post-filtration. Ginjo means 40% of the outside layer of the rice has been polished away, while Daiginjo takes it one step further at 50%. 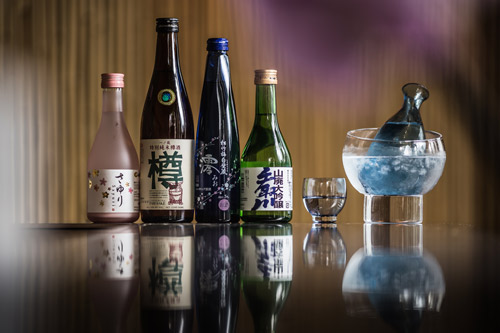 The bottle getting a bath had a really long day

“Simply put, Junmai and Honjozo sake tend to be a little more savoury, and Ginjo styles more fruity and floral,” explains Parkinson. “Any sake with Junmai in the name is likely to be fairly full-bodied and creamy, whilst the non-Junmai sakes tend to be aromatic, crisp, and sometimes a little drier.” Are there regional differences? “Yes, but they are not nearly as obvious as for wine,” she says. “The Toji, or master brewer, plans how the sake will taste, and chooses rice, yeast and methods to achieve this.”

Breweries are opening in London and around the world, says Pellegrino. “In our restaurant, we sell more sake than wine,” she says. “It’s becoming very, very popular.” 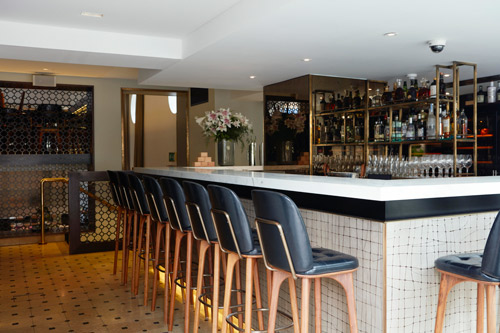 The number of brands is growing pretty damn quickly, too. “An increasing number of passionate sake entrepreneurs are working with existing brewers to ‘curate’ their own range of sake,” adds Parkinson. “Two great examples are Enter Sake and HeavenSake.”

You can drink it hot or cold

There are more than a few misconceptions about how to drink sake. The good news? It tastes great both hot and cold, enthuses Parkinson. “Lots of people think that good sake should never be served hot, but that’s simply not true!”

When the sake contains added alcohol, there are benefits to warming it, advises Pellegrino. Those without are best served chilled. “We don’t really recommend warming up a Junmai sake,” she says. “You can do it, but you’re not going to taste the same varieties of aromas that you would do with a Honjozo sake.”

People pretend that a sparrow made it

No historical booze journey would be complete without a bit of folklore, and there’s no denying that the people of Japan are particularly great storytellers.

“There is a lovely legend that sake was first created when a sparrow dropped a grain of rice into a bamboo stalk, where it was moistened with rain water and fermented,” says Parkinson. “That’s completely impossible, of course, as the rice could never produce sugar to ferment without the koji enzymes – but it’s a cute reminder that sake is made using natural ingredients.” 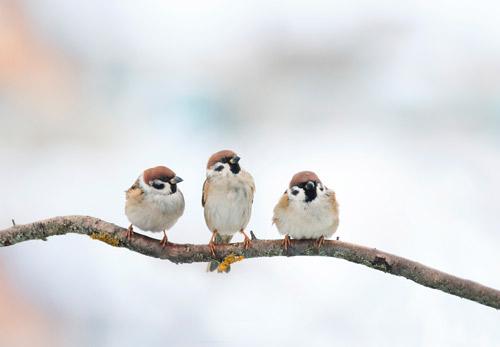 Traditionally sake is served in small cups known as o-choko. “These can be made of many materials, but ceramics and glass are most common,” explains Parkinson, adding that more fragrant sakes tend to be served in wine glasses. Pellegrino agrees that you can smell so much more through a wine glass: “Sake has an amazing bouquet coming out of it; melon, pears, sometimes you get orange flower.”

That said, in Japan, even a cheap can of sake from a vending machine can taste great, quips Parkinson. “To really enjoy it, however, it’s fun to honour the Japanese etiquette: pour for each other – never for yourself – and say ‘Kanpai’ as a toast.” 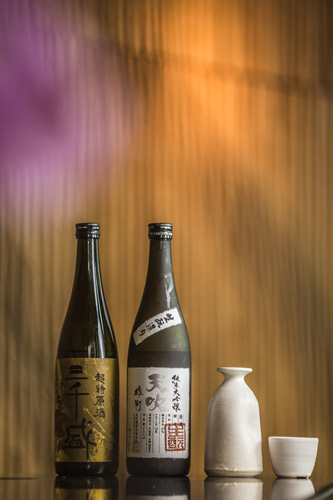 It’s going to be huuuuuge

Over the next five years, Parkinson predicts sake will become far easier to find on restaurant lists and in wine shops and supermarkets. “At the same time, we are just starting to see sake brewed in the UK reaching the market,” she says. “With the rise of craft brewers for beer, I think we’ll see more ‘local’ sake appearing.”

You can taste it too!

Want to ride the sake wave? We’ve got a whole host of delicious bottlings right here!

Master of Malt @MasterOfMalt
10 hours ago
. @RosebankWhisky Distillery launches 31-year-old whisky, the last ‘old Rosebank’ release before the distillery is reopened to the public next year.

Master of Malt @MasterOfMalt
11 hours ago
On The Nightcap this week: @johnniewalker_ gives away 270,000 drinks, @RosebankWhisky launches its last old release before the distillery reopens, and the cheapest pint in the UK is revealed.

Master of Malt @MasterOfMalt
16 hours ago
Showcasing some rather unusual African botanicals, it's Elephant Gin! Ever wanted to taste baobab, the Buchu plant, Devil's Claw and African wormwood? This is the tipple for you!

10 of the best London dry gins