Master of Malt
No Comments on Jaffa Cake Vodka Cranberry: 24 Drams of Christmas

Jaffa Cake Vodka Cranberry is the Christmassy treat that lies behind window number six of the Drinks by the Dram Vodka Advent Calendar.

What’s the best way you’ve ever won an argument? With all the family descending in a few weeks, it’s probably worth reliving some of your previous triumphs to get yourself psyched up.

McVitie’s had a pretty amazing win back in 1991. Customs and Excise were reviewing whether the nation’s favourite – the Jaffa Cake – was a (VAT-able) biscuit, or a (non-VAT-able) cake, arguing that it was the former. Not interested in paying a pound more in VAT Keen to defend the cake’s true nature, McVitie’s backed its previous classification at a VAT tribunal, even baking a giant Jaffa Cake and bringing it to court to illustrate its point. McVitie’s won the case. Magnificent.

Jaffa Cakes are on the brain because of what’s behind window number six of the Drinks by the Dram Vodka Advent Calendar today. It’s Jaffa Cake Vodka Cranberry!

JC Vodka Cranberry, as cool kids no doubt call it, is part of a range those clever clogs at Atom Labs started with the launch of Jaffa Cake Gin back in March 2020. That dose of orange chocolate deliciousness dropped at a rather dark time but was so well received it made national news (“everyone, there’s a drink that tastes like Jaffa Cakes!” naturally made headlines) and more variations have since followed, from rum and vodka bottlings as well as a pre-bottled Jaffa Cake Negroni.

Cranberries were always a logical choice of flavour addition for this time of year, of course. The tasty little rascals are jam-packed with sweet, tangy, zesty deliciousness. As anyone who makes a mean Christmas sauce will know. Jaffa cakes too are full of sweet, tangy, zesty deliciousness, so bring the twain together and you get something all kinds of marvellous. The label even looks like a snazzy festive jumper. Christmas Cosmopolitan, anyone? 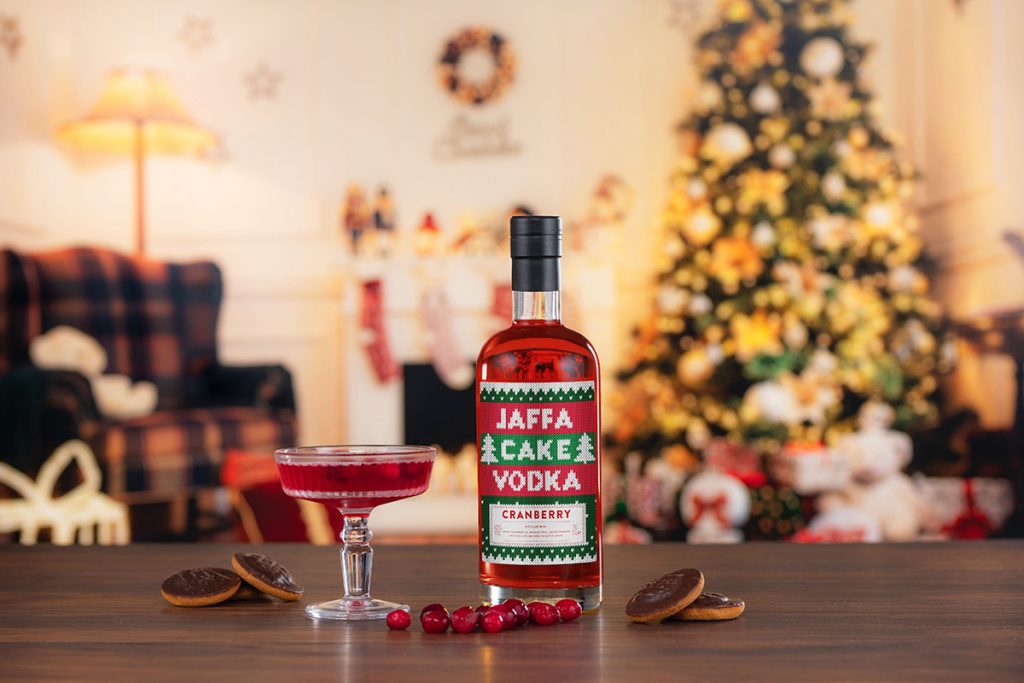 Get making those Christmas Cosmopolitans!

Nose: Vibrant orange up front, with cranberry bringing a classic berry-based sweetness to the nose, complementing the hints of chocolate.

Finish: Juicy cranberry notes last, with a touch of orange oil for company.

How to make a Christmas Cosmopolitan

Combine all ingredients in a cocktail shaker, add ice and shake until well-chilled. Strain into a chilled coupe or cocktail glass and garnish with a lime wheel.