Henry Jeffreys
No Comments on Island spirit: a visit to Mermaid Gin

Last year on a beautiful clear August day, we visited the Isle of Wight to meet the team behind Mermaid Gin, film at the distillery and learn the secrets of its deliciousness. Some, sadly, we’re not allowed to divulge.

Xavier Baker from the Isle of Wight Distillery asked us not to reveal the location of his best foraging patch for rock samphire, an important botanical in Mermaid Gin. We’d got up early to follow him on an expedition down to the beach. The island sparkled in the August sunlight with the palm trees making this corner of southern England feel like the south of France. While Baker hopped from rock to rock with the agility of a mountain goat, I lumbered after him more like a rhinoceros occasionally grazing my hands and knees in a desperate attempt not to fall. As we foraged, Baker explained a little about what we were looking for: rock samphire grows above the waterline; it’s a completely different species to marsh samphire, which grows in water; rock is related to the carrot whereas marsh is related to asparagus. Top trivia to impress your waiter with next time you see samphire on a menu.

Samphire used to be big business on the Isle of Wight with barrels of the stuff going to London every day. Today, Baker is one of the few harvesting it commercially though that he sometimes runs into local Michelin-starred chef Robert Thompson on his forays. The Isle of Wight distillery needs 75 kilos of the stuff every year, so Baker is keen to keep his best patches a secret. It provides a unique flavour to Mermaid gin, Baker describes it as “ocean breeze in a glass.” Raw it tastes sweet and slightly nutty with a dusting of salt. Other botanicals in Mermaid Gin include locally-grown hops as well as juniper, coriander seeds, fresh lemon zest, grains of paradise, angelica, liquorice, orris and elderflower.

With its unique taste and stylish blue bottle, Mermaid Gin is now one of the most recognised and popular gin brands in the country. The company was founded in 2014 by Xavier Baker, and local wine-maker, the impressively monikered Conrad Gauntlett (which makes him sound like a 1930s media magnate). Baker is a brewer by training, “I’ve been brewing since before I could legally drink”, he told us. He’s done stints at giants like Molson Coors and tiny outfits like Dingle brewery in Ireland. After quite a bit of wangling with HMRC, the pair began distilling in 2015. The distillery is housed in a slightly-rough round the edges converted pub near Ryde. Its functional charms make a nice change from cost-no-object City money set-ups one sometimes finds at new distilleries. Cleverly, they have kept the pub side going. While we were there a constant stream of visitors arriving to have a drink, see round the distillery and almost all of them left clutching a bottle of gin.

Is it a mermaid washed up on the shore? No, it’s Xavier Baker from the Isle of Wight Distillery

Originally though, gin was not part of the plan. “We wanted to be a whisky distillery but gin sort of  took over”, Baker said. They filled a few barrels with new make before stopping to concentrate on gin. It’s a column malt made with Isle of Wight barley. Baker said, “the wash came from Goddards brewery down the road, we did a long slow fermentation.” It’s currently sitting in custom casks, American oak white wine barrels with heavily-charred English oak heads. That initial whisky is now nearly four years old. According to Baker, “there was so much interest when it came of age”, but there’s no immediate plans to sell it yet. Baker gave me a little to try. It’s a deep colour and intensely-flavoured with a nose like rum: chocolate, creme brulee and toffee. In the mouth, there are quite noticeable oak tannins but overall it’s very smooth with a lovely walnut finish.

They have just finished a refurbishment of the distillation equipment with a new 1,000 litre copper pot still that can be used for gin and whisky plus a column still and condenser. According to Baker it’s a very adaptable set-up. With this increased capacity, Baker told us that he intends to start distilling more whisky soon.

On sale alongside the Mermaid Gin and its pink sister, there’s a vodka and HMS Victory Navy Rum. This came about when, following a successful navy-strength gin, the Isle of White Distillery was approached by the National Museum for the Royal Navy with making a navy rum. They looked at distilling molasses in England but ended up sourcing rum from Guyana, Trinidad, Jamaica, just like the Royal Navy used to do. It is then aged in a cask that contains some wood from Nelson’s flagship HMS Victory (yes, really). It sounds a bit gimmicky but it’s a superb drop, punchy and packed full of flavour, but dangerously smooth and drinkable.

But it’s not just about making high quality spirits. For Baker having the least possible environmental impact is very important. “We’re completely plastic-free right down to the cork, we use the highest quality natural cork,” Baker said. The cap is wrapped in biodegradable cellulose. The distillery is very involved in beach clean projects. “We want to protect the environment in which Mermaids live,” said Baker. The Isle of Wight business model seems very sustainable too. The distillery is a model for how a small outfit can do something a bit different in the crowded gin market and build a national following from a strong regional base. And that’s just Mermaid Gin. The maturing whisky points at the huge potential in the Isle of Wight Distillery. If only we could persuade them to bottle some.

Master of Malt @MasterOfMalt
3 hours ago
⚡ Check out our awesome Flash Sales page - oodles of delicious spirits with chunks of shiny coins lopped off their price! ⚡

Master of Malt @MasterOfMalt
6 hours ago
A breakfast tipple if we ever saw one! @ChaseDistillery Aged Marmalade #Vodka is bursting with Seville orange, and will have you resisting drizzling it over toast... 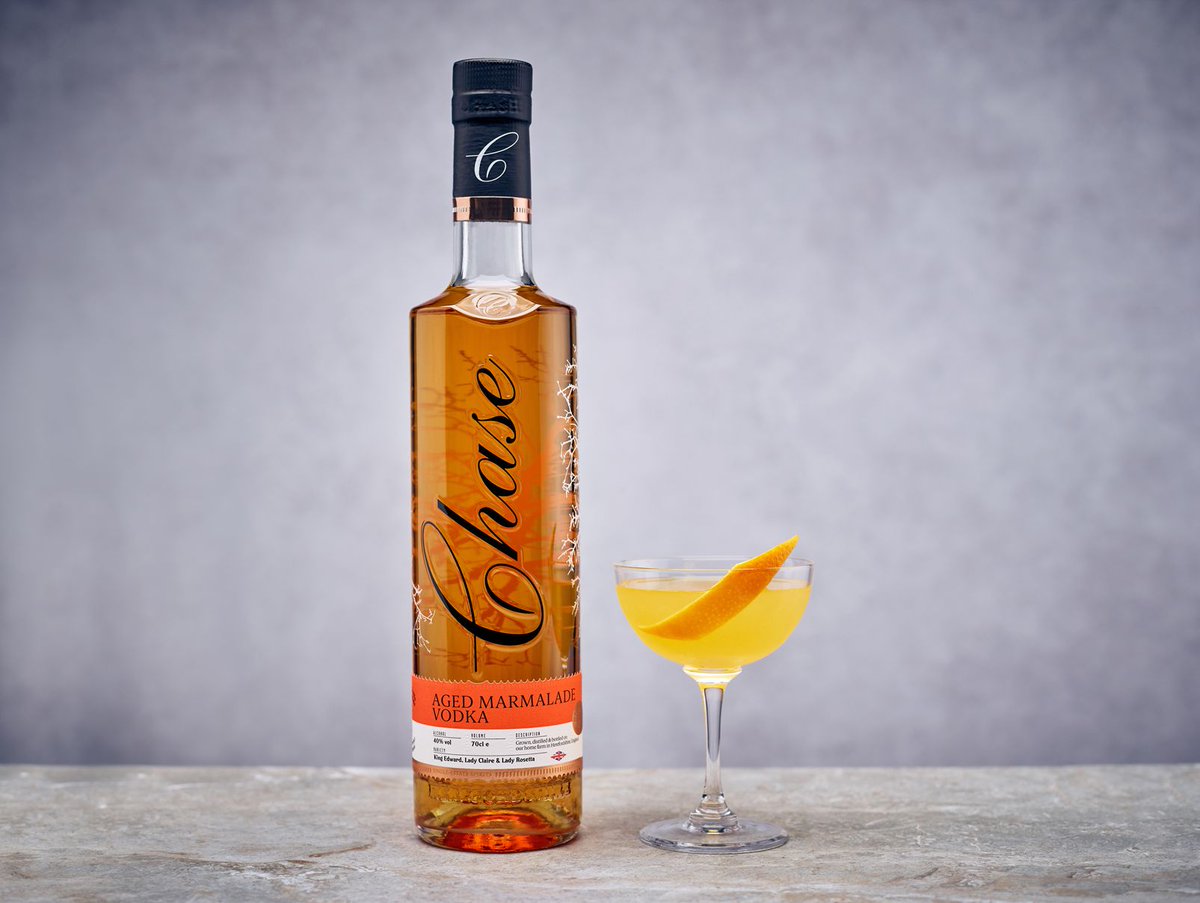