Irish Whiskey – Everything You Need To Know! (Part 1)

Jake Mountain
7 Comments on Irish Whiskey – Everything You Need To Know! (Part 1)

Last week Teeling Whiskey Company (who have the tagline ‘The Spirit of Dublin’) officially announced that they’re set to bring whiskey distillation back to Dublin, something that’s been in the pipeline for some time now. Jameson, meanwhile, are already looking ahead to St. Patrick’s Day with a new limited edition packaging design (with the tagline ‘The Spirit of Dublin’ – well, they couldn’t let those pesky newcomers cause anybody to forget Jameson’s own Dublin roots, could they?!). These are interesting times over on the Emerald Isle, and it seems like an ideal moment to shine a massive ol’ spotlight on Irish Whiskey, something I’ve been wanting to do for a while now.

So, what’s it all about? What else is new? Herein lies all you need to know about the fastest growing spirits category in the world; from the history, to the styles of whiskey available, through to more recent developments and news. This is the tale of the rise and struggle and rise and rise and monumental collapse and hanging on in there and rise of delicious Irish whiskey!

The History of Irish Whiskey

The origins of whisky (Irish whiskey was, in fact, only spelt with an ‘e’ much later) in the British Isles are less than clear, but it’s likely that the secrets of distilling reached Scotland via Ireland with monks distilling the first uisce beatha, or uisge beatha, from which we get usquebaugh and ultimately whisky. This is but the start of the story, however.

The reputation of Irish whiskey doesn’t merely rely upon the fact that it may predate Scotch, far from it. The truth is that it was considered a superior product for much of its history. Already, by the 17th century, Irish whiskey was gaining a reputation around the globe (a reputation that was far more favourable than that of its Scottish counterpart), in spite of English conquest and subsequent taxation. In fact, one form of taxation in the 18th century, the malt tax, probably gave birth to the most quintessentially Irish style of whisky: single pot still (using both malted and unmalted barley), and the total number of distilleries (including unlicensed rural whiskey and poitín producers) rose to over 1,000! By 1800, James Power had already founded John’s Lane Distillery (1791) and John Jameson had bought into the Bow Street Distillery (1780), both situated in Dublin.

John Jameson. The Irish Chuck Norris… apparently.
(Only from 1780 though – the chap was actually born in Scotland.)

During the following century, the Irish whiskey industry would have to endure the ‘total abstinence’ campaign in Ireland, the Great Famine and mass emigrations. The number of legal distilleries fell from over 90 to somewhere in the twenties, but nevertheless, Irish whiskey became the most popular spirit in the world thanks to its consistency and high quality. (The phylloxera crisis that destroyed the Cognac vineyards didn’t hurt either.) It was even the most popular spirit in Scotland at this time, where imported rum was also more popular than the native Scotch whisky!

It was at this point that Ireland, led by the likes of Jameson, Power and George Roe (who were already building strong brands), actually introduced the ‘e’ into their spelling of ‘whiskey’ to distinguish their product from the ‘whisky’ being distilled in Scotland. This spelling was subsequently adopted over in America, the largest export market for Irish whiskey.

So what on earth happened? Well, for one, Scotch Whisky was on the march thanks to the introduction of blending. Brands such as Dewar’s, Johnnie Walker, Bell’s and Teacher’s were established by their namesakes (placing their names on their bottles as a guarantee of quality, just as Jameson and others had done) and were producing not just consistent Scotch whiskies, but ones that were specifically designed to appeal to the palates of the day. The production of these blended whiskies was made possible by developments in continuous distillation by Robert Stein and Aeneas Coffey, but the use of Patent or Coffey Stills was widely derided by the Irish whiskey industry, who fought against them and the supposedly characterless, ‘silent’ spirit they produced. It was a battle that they would ultimately lose in 1909 when the Royal Commission on Whisky and other Potable Spirits concluded that grain whisky produced in a continuous still was a legitimate form of whisk(e)y.

Irish whiskey, meanwhile, would have to attempt to negotiate the First World War, the Easter Rising, the Irish War of Independence (and export restrictions), Prohibition in America (their largest export market), the Irish Civil War, the Anglo-English Trade War (where it was essentially locked out of markets in the Commonwealth) and the Great Depression. By the end of the 1930s, these gruelling years had been all but fatal to the industry.

The unwillingness of most distillers in Ireland to send their whiskey over to America illegally via bootleggers during Prohibition not only fully closed this vital market, but, as with their rejection of continuous distillation, gave Scotch an advantage. Whilst knock-off Irish whiskey was damaging the real McCoy’s reputation (and yes, I’m aware of the irony of that turn of phrase), many distillers in Scotland were more than happy to ensure their bottles were making it across the Atlantic, gaining a foothold in America. This foothold would be truly cemented after the Second World War, when American troops stationed in the UK also returned home with a taste for blended Scotch whisky.

The late 1930s-1960s are the bleakest in the history of whiskey production in Ireland, as the world seemingly forgets about this once world-beating spirit whilst embracing the trendy and famous whiskies of Scotland. The number of Irish distilleries dwindled to just 5 by the the mid 1950s before, in order to survive, the remaining distillers in the Republic of Ireland (Jameson, Powers and the Cork Distilleries Company) merged to form Irish Distillers Ltd. in 1966. Bushmills in Northern Ireland joined Irish Distillers in 1972, which ultimately made the final distillery, Coleraine (owned by Bushmills and by this stage only producing grain whiskey), redundant (it officially closed in 1978).

Production of all but single malt (which remained at Bushmills) moved to the Cork Distilleries Co. site at Midleton, where a new, state of the art distillery was subsequently opened in 1975. This consolidation of efforts meant that Irish whiskey had left Dublin, but importantly, the single pot still whiskey that the Dublin distillers had long been known for remained central to the newly-formed Irish Distillers’ plans. The total number of distilleries in Ireland, extraordinarily, fell to just 2 at this stage, both owned by the same company.

Ah, so he really is the Irish Chuck Norris!*

Jameson Blended Irish Whiskey became the flagship brand that the entirety of the Irish whiskey industry could now get behind. A triple-distilled whiskey made from single pot still and grain whiskeys, it was both different from Scotch blends and quintessentially Irish. It was also aided by the wood policy Irish Distillers were beginning to adopt, as they were amongst the first to really scrutinise the casks they were using and seek out the best quality available.

The monopoly, meanwhile, was finally broken in 1987 when John Teeling purchased Ceimici Teo (which produced potato alcohol) and converted it into a whiskey distillery named Cooley. This new, independent distillery was founded the same year that Irish Distillers was purchased by Pernod Ricard, who had seen the potential of the resurgent Irish whiskey category.

Irish whiskey continued to build momentum throughout the 1990s and into the 2000s, and Diageo would go on to purchase Bushmills in 2005. This only saw the trend continue as Pernod Ricard and Diageo, the two largest spirits groups in the world, both used their considerable resources to promote Irish whiskey, investing in distilleries and brands, and seeing the category grow by as much as 15-20% year after year. Quite extraordinary, although not altogether unsurprising given Irish whiskey’s tradition, just how small its market share had become and the quality of the whiskeys that have been produced. Jameson continues to lead the way, with sales increasing from around half a million cases at the close of the 1980s to over 4 million cases today, becoming one of the top 20 best selling whisk(e)y brands in the world.

Except, Bon Iver, the distillery was actually founded in 1784…

The world is now sitting up and taking notice of Irish whiskey, which as Bernard Walsh says, has taken “around 20 years to become an overnight success”. The growth shows little sign of slowing though, and whilst Scotch whisky now sells over 95 million cases a year, Irish whiskey still only sells a total of around 6 million (about half of what it sold at its pre-Prohibition peak).

We’ll pick the story up from here on Friday, with more recent developments and some exciting new distilleries to cover in the third and final part of this blog. In tomorrow’s second instalment, however, I’ll be turning my attention to the different styles of wonderful Irish whiskey that are available today…

* Some say that John Jameson was born in a hut that he built with his own hands.

Master of Malt @MasterOfMalt
41 minutes ago
Midleton Method and Madness Rye and Malt is the first release from Irish Distiller’s in-house microdistillery. To say we are excited would be a massive understatement. #whiskey 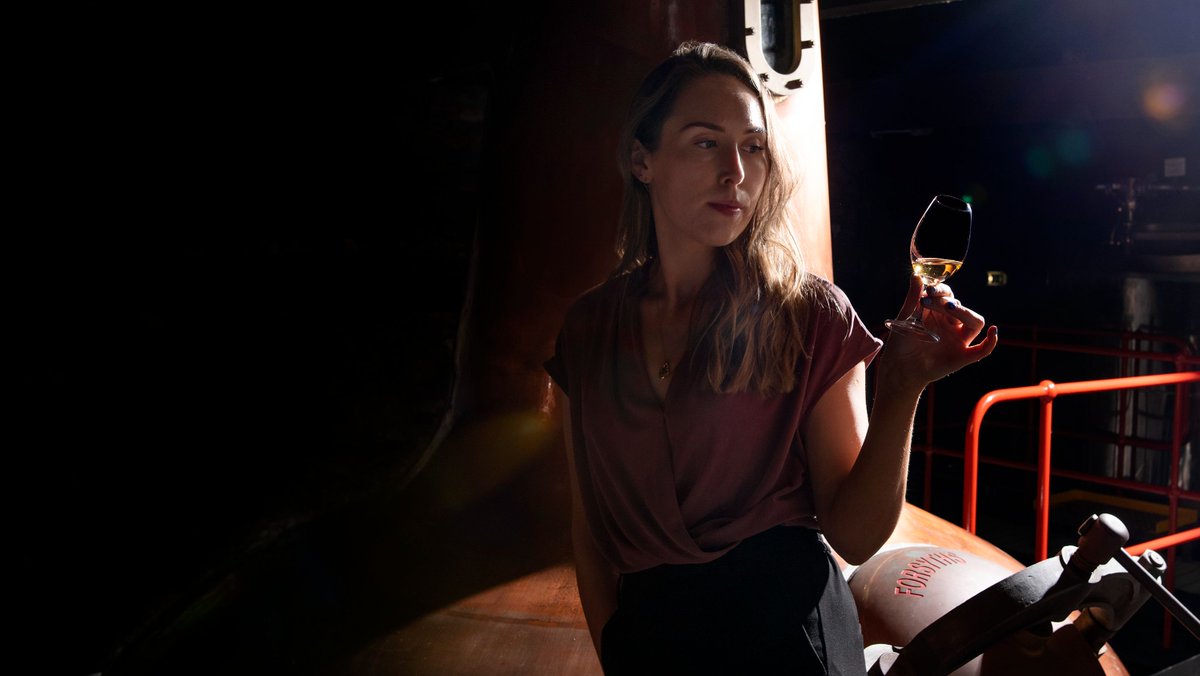 Master of Malt @MasterOfMalt
1 hour ago
Chivas 12 unveils a groovy new look to appeal to the ‘Instagram generation’. Sigh. 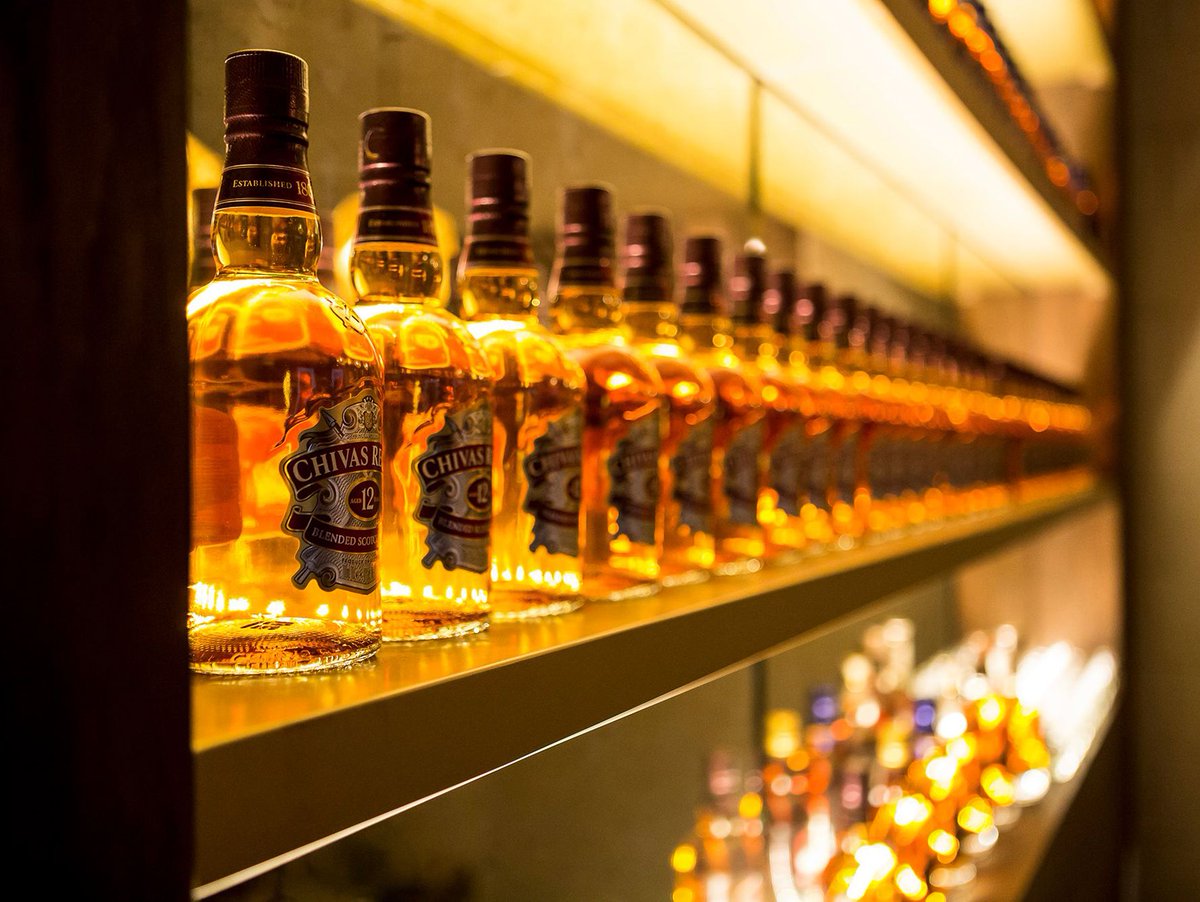 Master of Malt @MasterOfMalt
13 hours ago
There’s no denying that a White #Port and Tonic is a solid drink. It’s refreshing, relatively low in alcohol, and makes a great aperitif. But what else can you do with white Port?, asks Lucy Britner. 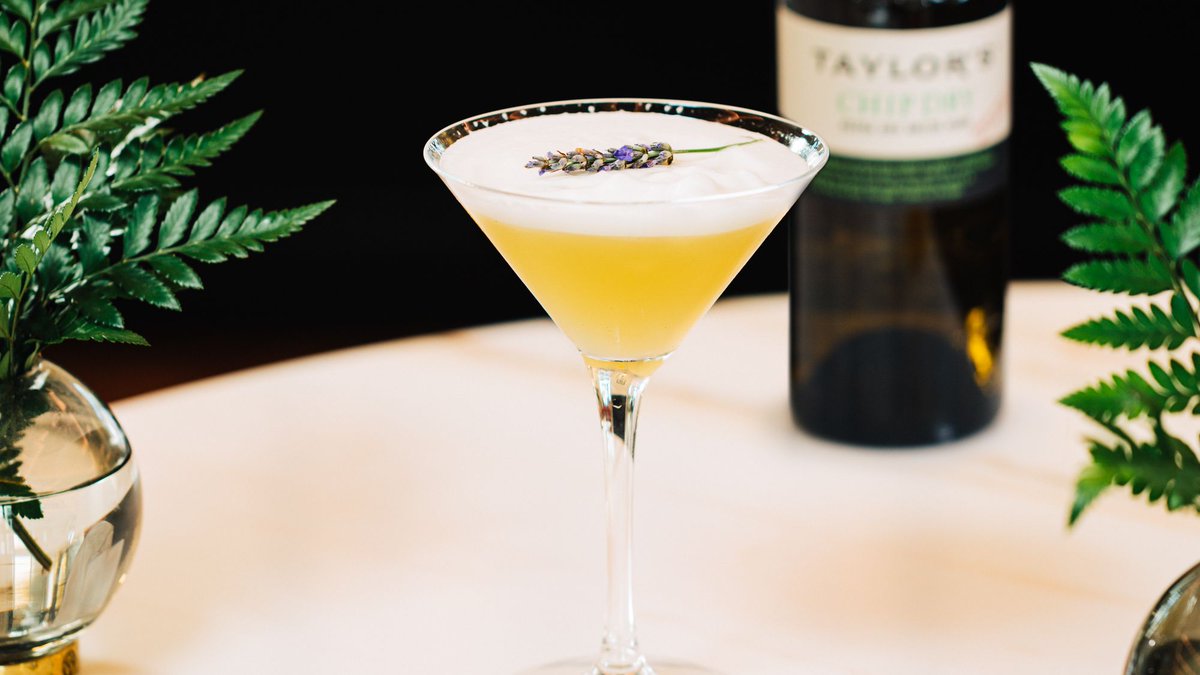 Irish Whiskey - Everything You Need To Know! (Part 2)