Train your nose with The Balvenie’s Alwynne Gwilt

Do you love whisky but struggle to put what you taste and smell into words? Then read on, as we have some tips from Miss Whisky herself Alwynne Gwilt on how to get the most out of your olfactory system.

It was a tasting at Milroy’s of Soho in 2011 that changed Alwynne Gwilt’s life forever. Originally from Canada, she was not a whisky drinker but that fateful evening she fell in love with the spirit, and, rather as Peter Parker became Spider Man thanks to a bite from a radioactive spider, Gwilt was transformed into. . . Miss Whisky! She set up her own website that same year and began to immerse herself (not literally, of course) in whisky full time. Since then, she has written for numerous newspapers and magazines, appeared on TV and radio, and won awards including International Whisky Ambassador of the Year at the Spirit of Speyside Whisky Festival, She now works as a brand ambassador for William Grant, representing The Balvenie. 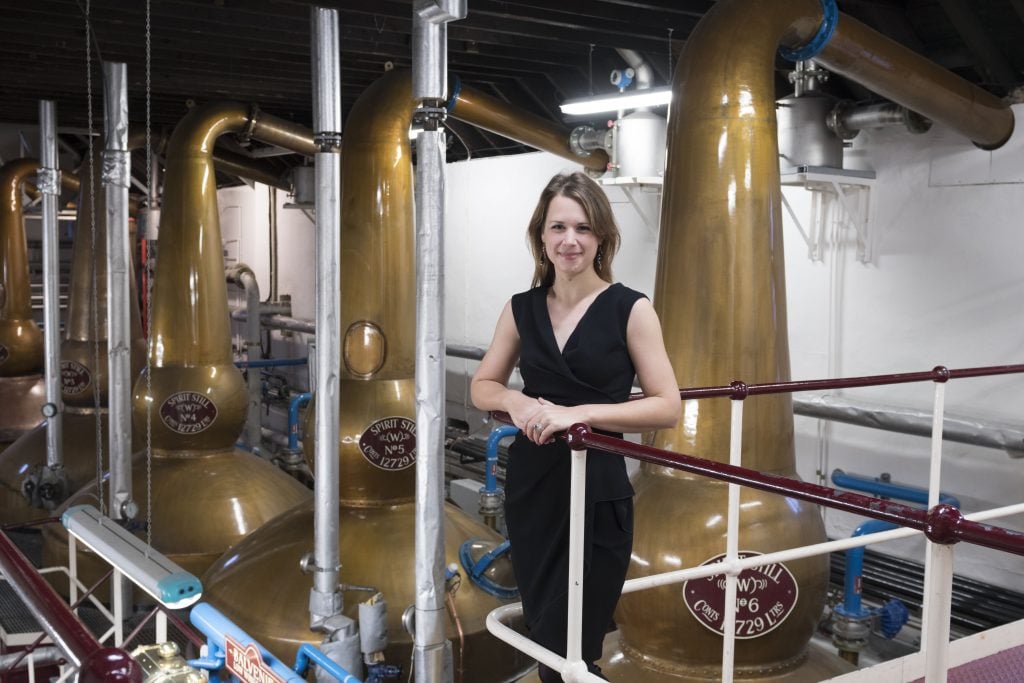 Alwynne Gwilt in the still room at The Balvenie

We caught up with Gwilt at The Wigmore, a bar in London, for a nasal tune-up. Her view is that we don’t make full use of our sense of smell because we are so visually-oriented. But we do actually have a fine nasal system from our hunting and gathering days which just needs to be used properly. “Humans have become generally quite lazy when it comes to the nose, but our noses would have been a thing. Before we were cooking meat and we were processing food, we would have been much more aware of the wider environment around us and using our nose to help keep us safe,” she said. “Now our eyesight has taken over but the ability of the nose to learn things and to understand aroma is just as great as it always has been.”

Smells helps us remember things, Gwilt explained. “Your aroma receptors are close to the amygdala and the hippocampus, which is where you start thinking about emotion and memory. So, more than sight, more than sound, when you smell an aroma and you categorise that in your head, you’re much more likely to remember that moment, that time, that place.” What a piece of work your nose is! Now here are some tips on how to use it better:

Even people who’ve been drinking whisky for years can be extremely reticent about trying to describe smells. Gwilt explained to me:  “I can stand up there as someone who’s been drinking whisky for years and go, ‘I get aromas of raisins and chocolate’, and someone might look at you like you’re absolutely nuts because they’re like, ‘well it just smells like whisky!’.” So, don’t be embarrassed; try to put what you smell into words, and remember there are no right or wrong answers. A great way to do this, according to Gwilt, is to try to become aware of the smells around you when you’re out walking. 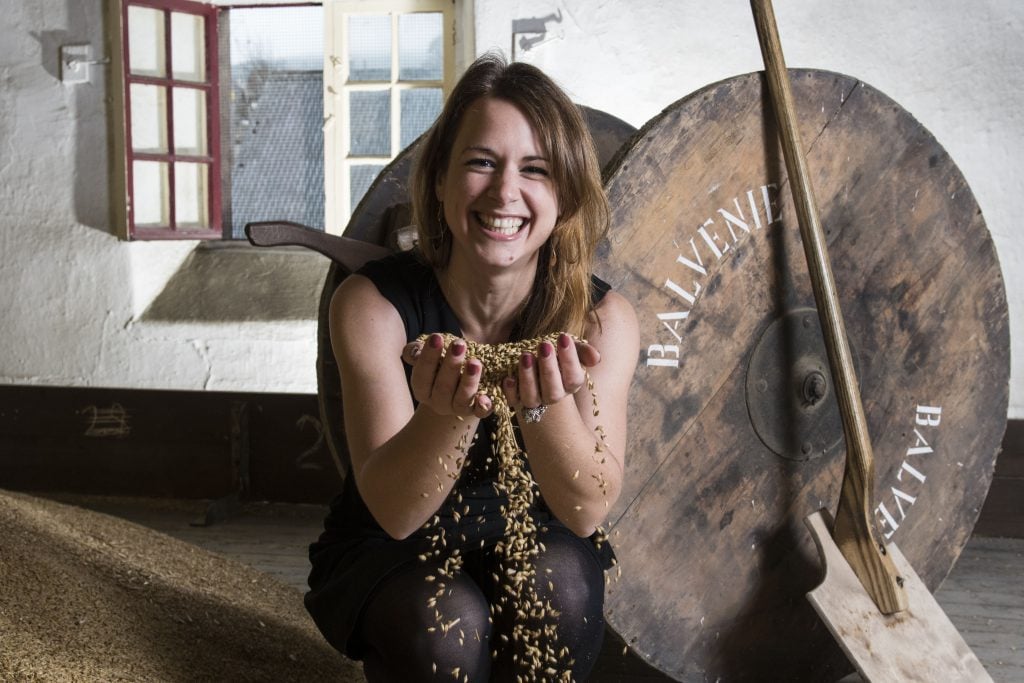 “Aroma is based hugely around vocabulary, “ Gwilt told me. “Just like we learn language, your brain does the same thing when it’s learning different aromas. If I were to say to you ‘this smells like curry leaves’, for instance, and you’ve never smelled a fresh curry leaf, then that’s not in your vocabulary. So you have to experience an aroma before you can then process it, understand it and recognise it in another scenario.” A great way to build that flavour vocabulary when you’re smelling whisky is to pretend you are in a supermarket, she said. “Imagine you’re walking through the fruit aisle and you’re picking out your fruit, and then you’re walking through the veg aisle. And then in each section, as you smell the whisky you think to yourself, ‘visualise it’. Say, ‘is this an orange, is this an apple, is this a banana, is this a carrot?’. Start going through those things individually, and if you go ‘no, no, no, I smell something sweet’, then go to the baking aisle. Is it a baked good? Is it a pastry? Or is it a Haribo?’. A lot of people will say, ‘I get sweet, I get spicy, I get smoke’, and it’s about continuously breaking everything down.”

Smell with your mouth open

You will look a bit like a goldfish but this really helps. “When you first start smelling whiskies, keep your mouth open, because that helps to circulate things,” Gwilt explained. “If you keep your mouth open, it helps to circulate the air, stopping you from just getting the alcohol.” We smell in two ways, she continued: direct olfaction (right up your nose), and retronasal olfaction (the back of the nose through the mouth).  If your mouth isn’t open, you’re not getting the full effect.

Hold it in your mouth

You’ve seen wine tasters do it: swilling it around their mouths and making weird sucking noises. Well, it all helps get the flavour out. “A huge amount of what you taste is actually aroma; it’s the nose doing its job. It is not your taste buds,” she continued. “So when you go to taste a whisky, always hold it on your palate for ten or 15 seconds. That gives enough time for your brain to register what’s happening and start to pick out some of those aromas.” 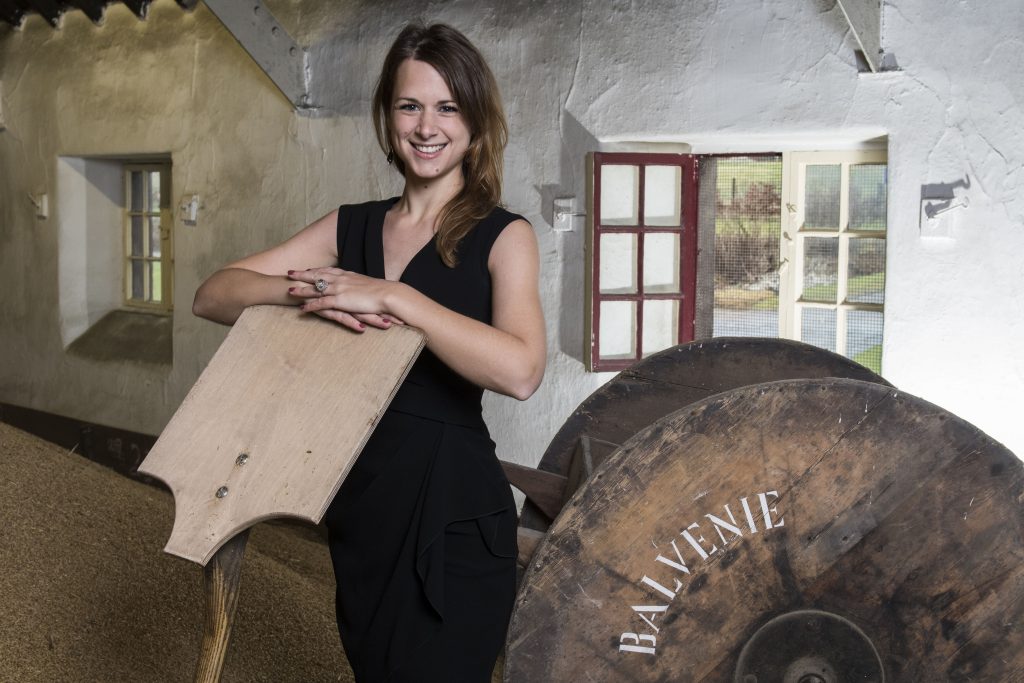 Gwilt with this year’s must have accessory, the malt shovel

And finally, just to prove how hard it is to put smells into words without practise, Gwilt gave me a little test. I had to smell three essences which commonly crop up in whisky vocabulary.

The first was anise, which I correctly identified immediately. The second was coffee, which I guessed as roasted nuts. And finally, Gwilt gave me something to smell which initially smelt of vanilla, at least to me, and then of lemons. Apparently it was actually blackcurrant leaf. D’oh! C-, must try harder.