How the bushfires are affecting Australia’s wine

Fuelled by record-breaking temperatures and months of severe drought, Australia’s deadly bushfires have destroyed 15.6 million acres of land, killing at least 27 people, leaving thousands homeless and devastating local businesses – including some of the country’s cherished vineyards. In the face of adversity, the wine industry has rallied together to support those who have lost their livelihoods. Here’s how you can help, too…

Ever since Australia’s fire season started uncategorically early – back in September 2019 – brave volunteer firefighters have grappled with the worsening blazes, the deadliest found along its eastern and southern coastal areas. On 9 January, around 130 fires were burning across New South Wales (NSW), with more than 50 uncontained, according to the BBC.

Across South Australia, New South Wales, Victoria and Queensland, vineyards and wineries have suffered serious damage that will take years to recover from, according to Andreas Clark, CEO of Wine Australia – the government authority that promotes and regulates the industry – who warns it will be several weeks before the extent of the damage is revealed. 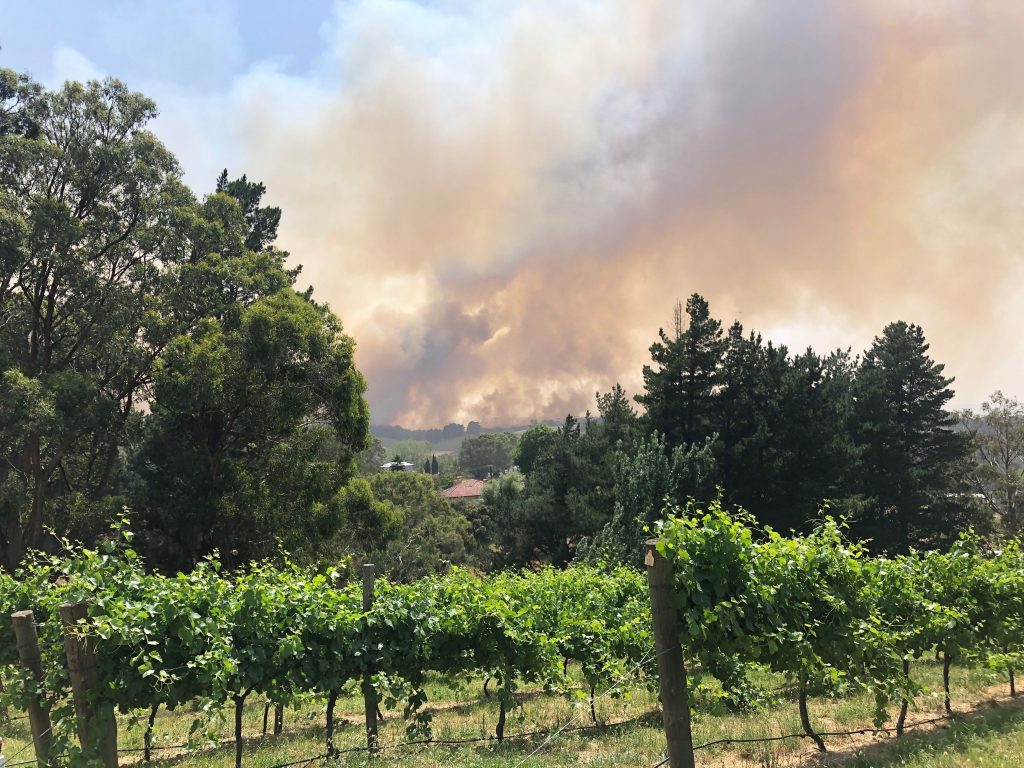 “In some areas where people have been evacuated it will be some time before it is safe to access vineyards,” Clark explains. “There is also the fact that assessment of the impact on vines is complex. It is easy to see when vines are burned but often it takes much longer to establish the damage caused by heat.”

Huge numbers of grape growers and wine producers up and down the country face an unpredictable 2020 vintage, as the full impact of the extreme heat and toxic smoke plumes remain unknown; bushfire smoke permeates the skin of ripening grapes, giving the resulting wine a less-than-pleasant taste.

For others, the outlook is rather more bleak. In Adelaide Hills, the Cudlee Creek fire is thought to have destroyed up to a third of the region’s vines, affecting more than 60 growers and producers – an estimated loss of AUD$20 million worth of wine – and burning through equipment, barrels and buildings. Vines that have tended by families across generations are left scorched and reduced to ash. 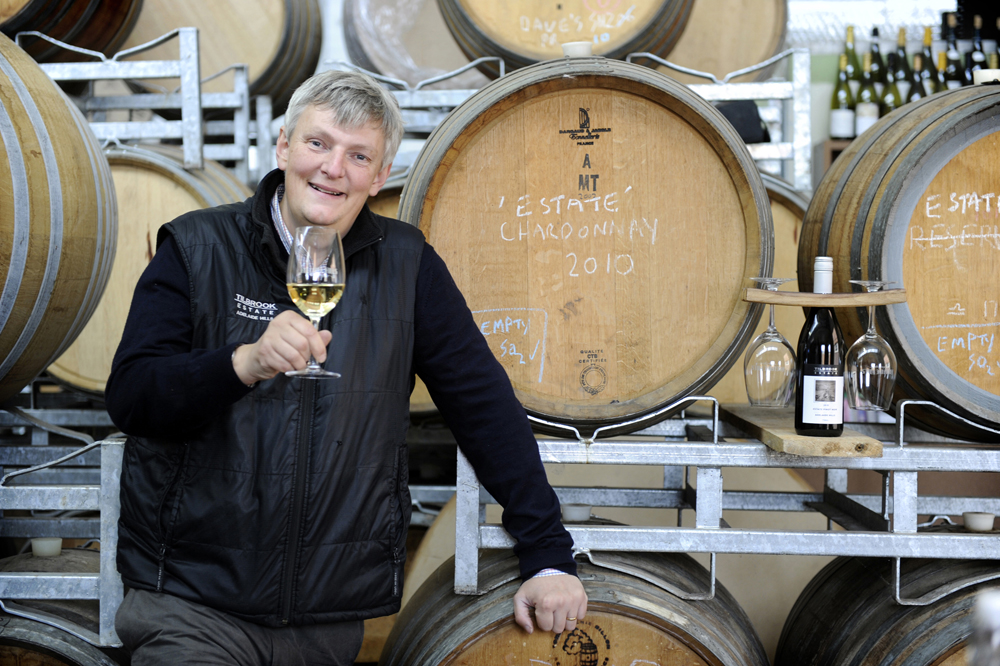 “On Friday 20th December, the Cudlee Creek bushfire swept through our property destroying 21 years of hard work – the winery, all the wine stock, 90% of the vineyard, all of the farm, all of the sheds,” the owners of Adelaide Hills-based Tilbrook Estate wrote on their website. “Our insurance will cover the physical items, but it’s going to take months, if not years, to get there. We have lost our livelihood. We have no wine or grapes, so we have no income.” He has set up a GoFundMe page to raise money to repair the damage.

Devastating as such stories may be, they are, thankfully, in the minority. Just a fraction of Australia’s national vineyard land has fallen within the fire zones, says Clark, with most fires “in heavily forested areas or National Parks”.

“While the toll on individuals cannot be underestimated and should not be downplayed, a review of fire maps suggests a maximum of around 1,500 hectares of vineyards fall within the fire affected regions to date,” he explains. “Even if all those vineyards were fire damaged – and they are not – it would only be about 1% of Australia’s total vineyard area.”

Where growers and producers have been severely impacted, the wine sector is coordinating short-term relief and longer-term planning with government bodies and local agencies, says Australian Grape and Wine chief executive Tony Battaglene. “Responses must include relief for those directly impacted – including those growers who might not be able to sell smoke-affected grapes,” he explains. “In the medium term we must look to strengthen regional tourism and bring people back to the regions.” 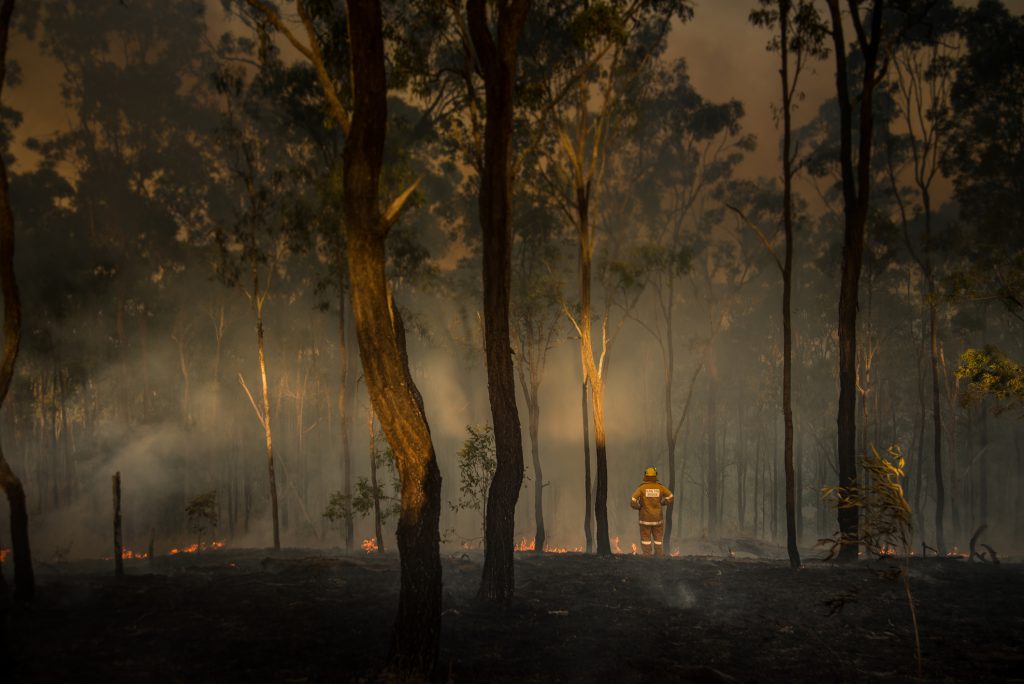 In the longer term, grape shortages in fire-affected areas are expected to send prices skyrocketing. For now, however, growers and producers are focused on preserving and protecting the surviving vines and limit the impact of the ongoing fires wherever possible.

“Our message is that Australia is hurting from the fires, but we are open for business,” Battaglene adds. “We need donations to the relief funds, support for our emergency services, and consumers to buy our wine and visit our regions. It is important to note that the fire season is not over and our temporary relief may not last.”

Want to help Australia tackle its bushfire crisis? To donate directly, visit the Australian Red Cross, seek out regional fundraises, or simply buy a bottle of Aussie vino. Bars, restaurants and businesses across the globe are holding fundraising events, from wine flights to dedicated menus, so you can further support the cause with your palate, too.