Created by London wine merchants Justerini & Brooks, J&B Rare Scotch whisky was the drink of choice for world-famous casino crooners The Rat Pack, travelling more than 5,000 miles to make it into their tumblers. Here, writer Damian Barr explains just how Dean Martin, Frank Sinatra and company got their mitts on the liquid…

“The Rat Pack turned it into what it is now – for better and for worse,” he continues. “They liked to gatecrash one another’s shows, and often if you were going to a show for one of the members it would say over the marquee, ‘Dean Martin, maybe Frank, maybe Sammy’, because they just never knew who was going to turn up.” 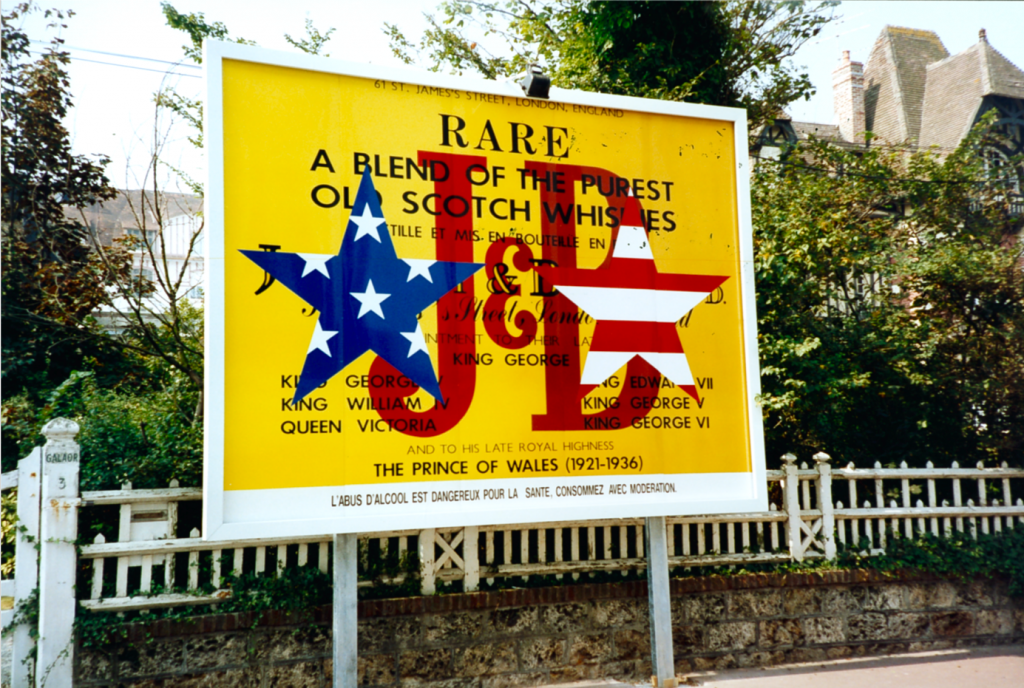 J&B and America, a special relationship

So, how did the high rollers of Hollywood wind up quaffing what was, in fact, a wine merchant’s whisky? It all started with the ‘J’ in J&B – an Italian master distiller, blender, and creator of what were then referred to as ‘foreign cordials’, Giacomo Justerini, when he arrived in London from Italy back in 1749.

“He didn’t have much money, but he had lots of charm and a recipe which he copied on the back of a notebook and brought from his uncle in Bologna,” says Barr. “He needed a business partner so he set about finding one, and found Dr Samuel Johnson.”

Justerini set up as a wine merchant with Johnson’s nephew, George, at 76 Haymarket – the business remains nearby today – until eventually George sold his share of the business to Albert Brooks, paving the way for the J&B recognisable today.

“By the early nineteenth century, a huge interest increased in the number of private members clubs and they all opened up around St James’s,” says Barr. “Great whisky barons like [creator of Old Vatted Glenlivet] Andrew Usher and Tommy Dewar noted the increased demand and decided to improve their recipes. Every other whisky maker on the block – including Justerini and Brooks – decided to up their game.”

Brooks approached Usher – the first person to commercially blend whisky – and tasked him with creating a smoother blend. Usher, together with his business partner James Anderson, developed J&B Club, the precursor to J&B Rare. The duo was so enamoured with it, they decided to buy the business from Justerini and Brooks. 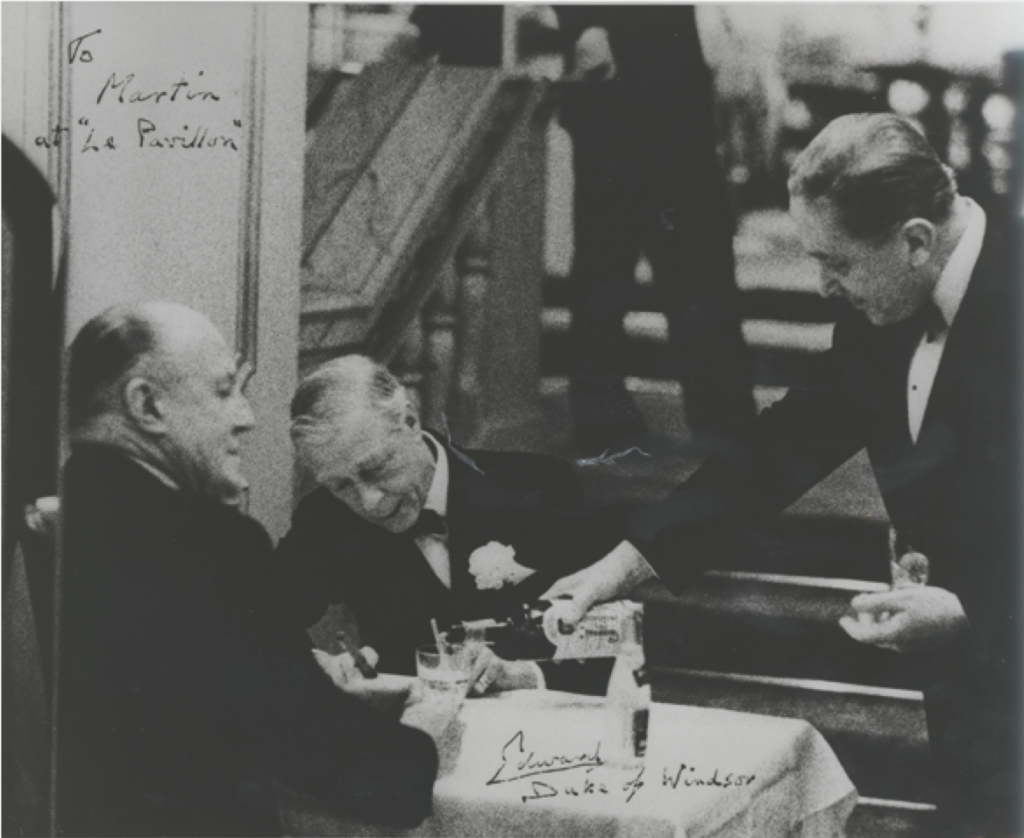 The Duke of Windsor enjoying a glass of J&B

Not long later, during world war one, Anderson’s son met a exceedingly charismatic young man called Eddie Tatham in the trenches. He joined the company immediately after the war ended, and soon became a director. With the advent of cinema, film actors became friends with Tatham, who was “very outgoing and well-dressed… a party boy”.

“Eddie was a charmer, he was the kind of man that you’d want to be on out with on a night that might take unexpected turns,” says Barr. “His tactic was to choose top restaurants, top bars, top hotels, what became known as the tip of the trade. He received a bonus not long after joining of £200, which equates to £12,000 in today’s money, and set sail for America.”

There he met blender Charlie Julian, who is responsible for creating Chivas Regal among other whiskies. Together, they begin the blending process for what would eventually become J&B Rare: a blend of at least 42 single malt and grain Speyside whiskies, including liquid from Knockando, Auchroisk, Strathmill and Glen Spey. After Prohibition was repealed, Tatham set about “importing the good stuff from Scotland for the thirsty of America”.

“Abe Rosenberg had this trick – he would send half a gallon of J&B to the dressing room of a star who had a show on and say, ‘I enjoyed your show very much, have one on me’,” says Barr. “Even if he was in New York or Rome or Paris! Apparently he was trying to give away up to 1,000 cases of Scotch every single year.”

The most loyal of J&B’s Rat Pack admirers was Dean Martin, the ‘amiable drunk’ persona, which he honed at the Sands Hotel in Vegas. “Introduced with the words ‘…and now, direct from the bar’, he would bound on stage, taking a Scotch from somebody’s table on the way,” says Barr. “There was often a bar on stage, and he’d ‘top-up’ his glass before launching into the final rendition of That’s Amore. He used to tell his audiences, “I don’t drink any more… I don’t drink any less, either’.”

Entertaining as it was, Martin’s intoxication was a little more than a stage act. “His son Ricky said that while it was true [his] Dad drank, the drunky routine was an act,” explains Barr. “On stage, and later on his TV show, he did have a J&B Scotch and soda but it was almost always a weak one – and sometimes it was just an apple juice.” 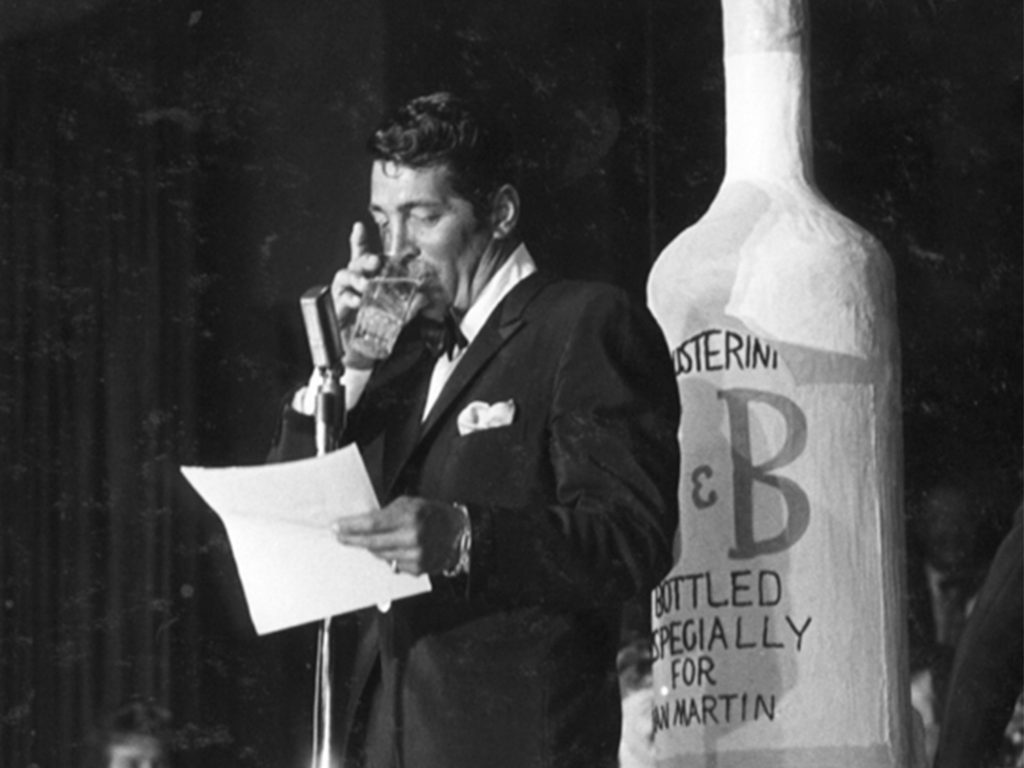 Master of Malt @MasterOfMalt
8 hours ago
We've got some sought-after bottles of Daftmill 2008 - Winter Batch Release to rehome here, and to decide who gets a chance to buy one, we're holding a ballot! Get your name in the hat now for a chance to buy a bottle.
https://t.co/LaxQZrlJPe
View on Twitter
1
3