Do you remember Bailey’s whiskey, or J&B -6°C? Don’t ring a bell? Well, they weren’t around for long but Ian Buxton remembers these and other product launches that failed to take off. Here are some great whisky marketing fiascos from the recent past.

“Success”, or so the saying goes, “has many parents, but failure is a real bastard.” While God may love a trier, bold attempts to market new approaches to whisky are not always crowned with success. I’ve been looking at some of the more notable campaigns that have crashed and burned, frequently taking a previously glittering career with them. But, if your track record includes one of these disasters, you can relax because I name only brands, not the individuals behind the story.

But it does raise the question that while failed products, aborted launches and other inglorious failures are rapidly written out of a brand’s history, wouldn’t it be advisable for the industry to retain at least a corporate memory of catastrophe, if only to prevent making the same mistake twice? I offer these recollections then, not with a sense of schadenfreude but in a helpful spirit with the hope that these words might prevent some hapless marketer from repeating an embarrassing and expensive blunder. 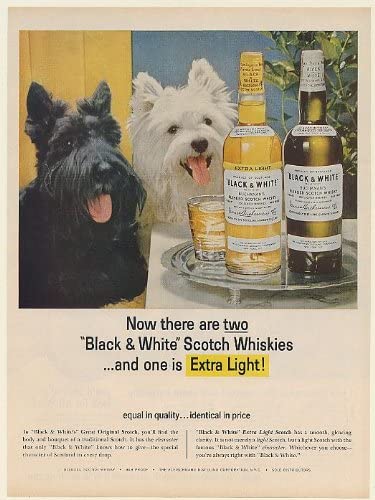 How could it have failed with ads like this?

The lighter shade of pale

Since the 1960s, the whisky industry has looked on the rise of vodka and white rums (chiefly Bacardi) with increasing concern. This was particularly the case in the USA where the success of lighter styles of whisky such as Cutty Sark and J&B Rare led DCL (forerunner to today’s Diageo) to the conclusion that its brand Black & White, then a major force in that market, would benefit from the launch of a paler version. Enter Black & White Extra Light, launched in 1963 to almost total incomprehension and confusion, especially amongst bar staff, vitally-important in the US trade.

It was speedily withdrawn but the damage had been done. All was not lost for DCL, however. While Black & White faded into relative obscurity, Johnnie Walker stepped up to take its place. A virtual walkover, you might say.

However, the belief that whisky’s colour and pronounced flavour deters some drinkers lingers on. There may be an echo of those fears in the launch of Haig Club but, whatever the views of committed whisky enthusiasts on that product, at least it has not suffered the ignominious fate of J&B’s -6°C. It was launched in 2006 and withdrawn in under a year. The curious name was, in fact, a commendably clear description of the product which had been chill-filtered to strip out virtually all the colour (and much of the flavour) in an explicit attempt to attract vodka drinkers.

The clarity of the description certainly matched the clarity of the liquid itself which was extremely pale. In contrast to the faces of the sales and marketing team, doubtless blushing deepest red at the whisky’s pallid reception. Or perhaps they were ashen-faced in sympathy; history does not record.

The proof of the pudding

J&B -6°C lasted less than a year. However, that’s nearly a year longer than the February 2013 lifecycle of Maker’s Mark 84 Proof. Attributing the change to very high levels of demand the brand announced that the strength of this much-loved bourbon was being reduced from 90 Proof. Now, a cut of just 3% ABV may not seem hugely significant and the company went to great lengths to explain that their own extensive testing had been unable to detect the difference and to outline the reasoning behind the change.

However, their commendable transparency was rewarded with a storm of outrage on social media and many forceful emails to Rob Samuels, the unfortunate COO (chief operating officer). Conventional media reported the story with some glee, feeding the barrage of commentary and the story became self-sustaining. Within a fortnight Maker’s Mark reversed their decision and resumed shipping supplies at the previous, higher strength, Samuels issuing an abject mea culpa, writing “You spoke. We listened. And we’re sincerely sorry we let you down.” No lasting harm appears to have been done.

But two weeks is almost an eternity compared to the still-born whiskey from Bailey’s. Yes, back in March 1998, the ever-popular Irish Cream liqueur ran a Dublin test market with their own ‘Bailey’s The Whiskey’ – finished in casks previously filled with the cream liqueur. Expectations for the product ran high and, to be fair, this came from the new product development team at IDV/Grand Metropolitan who had an impressive track record of success in developing new brands and line extensions.

However, corporate change and whisky’s politics soon overtook the fledgling spirit. December 1997 had seen the creation of Diageo (in the process absorbing Grand Metropolitan) who soon took over the project. With Irish whiskey then a small and largely moribund category, Bailey’s Irish was promptly killed over fears of a tiresome dispute with the Scotch Whisky Association and EU regulations. As a matter of fact, Bailey’s The Whiskey would have been legal but in the turmoil surrounding Diageo’s birth it appeared an unnecessary diversion of corporate effort. 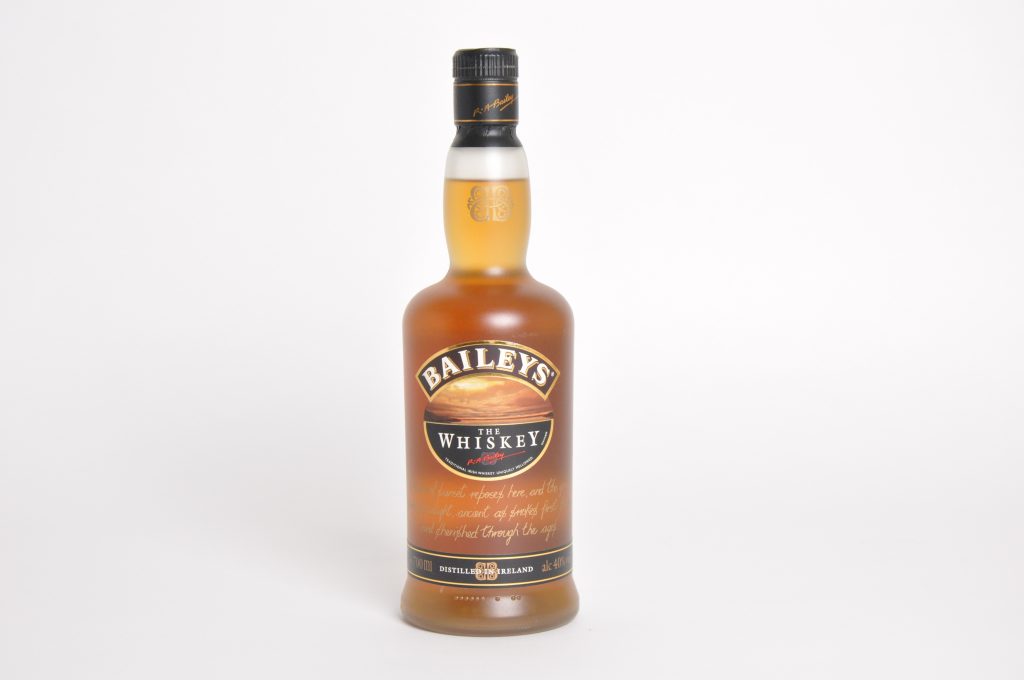 It was not long, however, before Diageo found itself in another whisky dispute – and one accompanied by great bitterness. This was the ill-fated 2003 launch of Cardhu Pure Malt, an attempt to market a blended malt with a bottle and packaging closely modelled on the original Cardhu single malt, changing just one key word. Enter PR man Jack Irvine, a grizzled veteran of Scotland’s red top tabloids, armed with – allegedly – a blank cheque book from William Grant & Sons, and a brief to humble the industry giant. This he accomplished with some élan, as other industry players piled on to force Diageo into a humiliating climbdown.

Behind the scenes feelings and tensions ran very high, even at one stage threatening the future of the SWA who had approved the Cardhu packaging changes. One long-term result was new regulations for Scotch Whisky, eventually promulgated in November 2009.

There are many more tales of corporate calamities such as these. Sadly, space does not permit discussion of Dewar’s hapless Highlander Honey, the star-crossed Loch Dhu Black Whisky or the flawed attempt to reposition Mortlach as a super-premium luxury whisky in half-litre bottles. The market soon gave its verdict on those but, in the ultimate irony, most of these doomed drams are now highly sought-after by collectors and sell for multiples of the original launch prices. Let’s hope the executives responsible tucked a few bottles away to soften the blow!

Master of Malt @MasterOfMalt
6 hours ago
Looking for something to bring some zest to your glass on a January evening? We've sniffed out a selection of flavoursome finds and brought them all together right here. The very definition of convenience, surely.

Master of Malt @MasterOfMalt
12 hours ago
Looking for a Burns Night dram and love Islay #whisky? Snap up a bottle of Aerolite Lyndsay and enjoy a fab smoky single malt!