Glen Garioch: investing in the future by looking to the past

Millie Milliken
No Comments on Glen Garioch: investing in the future by looking to the past

With a £6m investment under its belt – and a recent royal visit – Aberdeenshire’s Glen Garioch has had an exciting new upgrade. Millie Milliken travelled to the distillery to find out what the future of its whisky will look – and taste – like.

When I arrive at Meldrum House, the destination hotel which I have the pleasure of staying in for my visit to Aberdeen, it’s been a big week for both the hotel and for nearby Glen Garioch distillery. The former has just been paid a surprise visit by Prime Minister Boris Johnson for a stay, while the latter has even more recently hosted HRH Prince of Wales for a tour of its refreshed distillery. 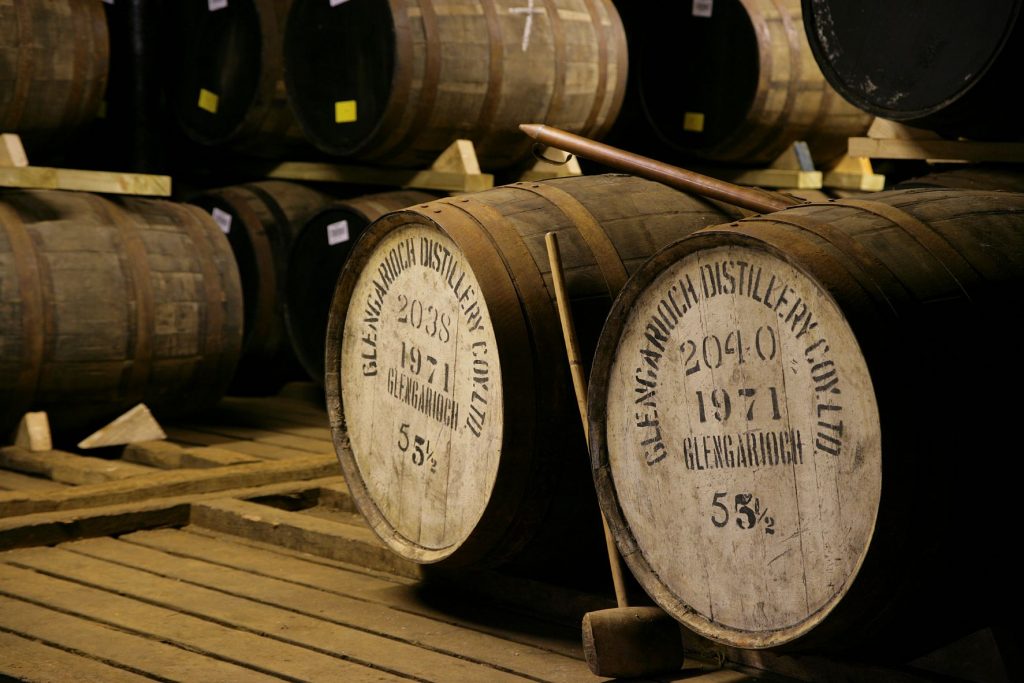 For Pom Nijs, our host for the visit and Glen Garioch’s assistant visitor centre manager, it was a chance to show off the newly upgraded Oldmeldrum distillery in all its glory: “It was an honour. Because we are all so proud of Glen Garioch, there was a slight nervousness and apprehension about making sure we presented Glen Garioch at its very best, but because HRH was so engaging, we felt like we were welcoming him to the home of Glen Garioch as we do with all our guests which left us with an overwhelming sense of pride in ourselves and our wee distillery. It is a delight to have such a special day to remember and share with the team and community.”

Before I go any further, I feel it’s only right to inform you that – if you don’t already know – Glen Garioch is actually pronounced Glen ‘Geery’, from the Doric dialect of Aberdeenshire. It was bought by John Manson in 1797 to house a brewery and tannery and handed down the generations. One descendant, Sir Patrick Manson was nicknamed Mosquito Manson for his discovery of the connection between mosquitoes and malaria. World war two saw the distillery cease operations, followed by a brief reopening and closing in the ‘60s before a relaunch of its single malt in the early ‘70s. What stands today is a small but perfectly formed working distillery that, despite its recent investment from owner company Beam Suntory, looks to have retained much of its original charm. 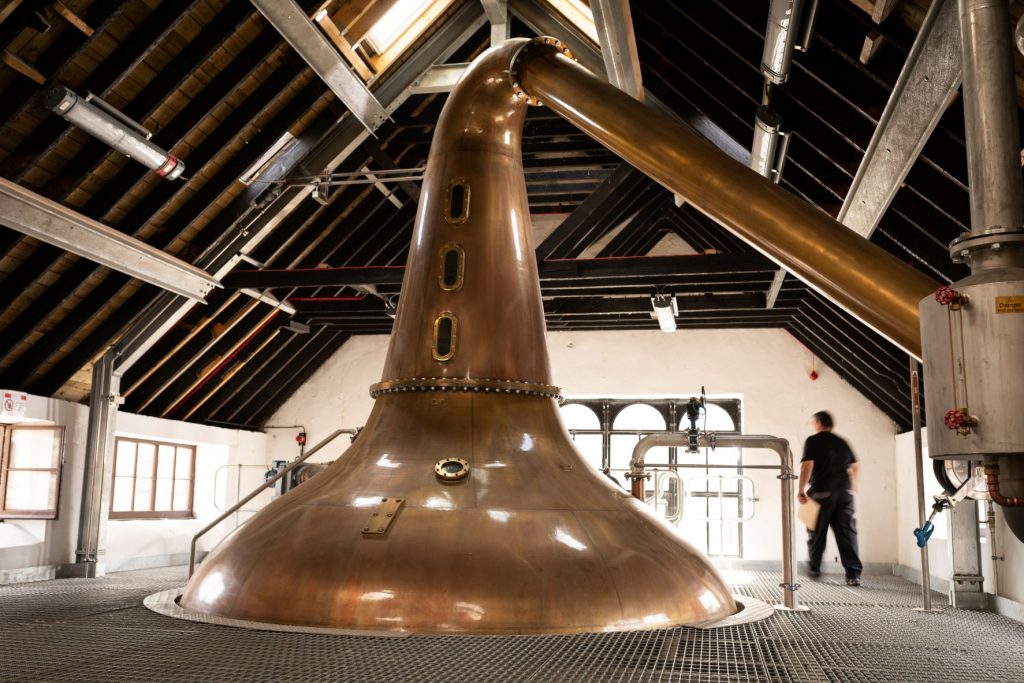 One of the new massive direct-fired still at Glen Garioch

So, what does that £6m entail? Most notably, the reintroduction of floor maltings and the installation of direct-fired heating to the wash still. Constructed by Forsyths, this new vessel has replaced the previously indirectly fired wash still that was in operation since 1997. Allowing for more Maillard reactions, this means a new make spirit with more complexity. “We are now getting a heavier, more complex new make spirit coming off the stills,” explains Nijs. “This will need a bit more maturation to bring it to its full potential [with] the extra complexity that comes from [the new] floor maltings.”

Both of these exciting changes are a bold return to tradition for the distillery. And there’s perhaps an even more fundamental change that the Glen Garioch team are making – a return to making peated whisky. In five years’ time, Glen Garioch will be producing a lightly peated whisky similar to what they were producing in the early 1990s. “We haven’t fully decided the peating level yet, but light peat tends to give a drier mouthfeel and less on the nose. It won’t be a peat flavoured malt,” explains Nijs.

The past five years have already seen the team make changes to its new make spirit (the use of clear wort, cream yeast/brewers yeast and longer fermentation time on top of the new direct-fired still and floor maltings). Over the next five years, anyone familiar with the Founders’ Reserve will, over the next five years, notice a move away from the cereal notes and a move towards more fruitiness.

In terms of equipment, the distillery has invested in new washbacks (perhaps not the sexiest detail but a memorable one for the incredible banana bread smell they omit), that big shiny new Forsyth wash still (complete with a rummager to avoid any solids forming in the still due to the direct heat) and the 100,000 litre heat recovery tank that operates on a closed loop system and has apparently reduced the distillery’s energy usage by 15% and water usage by 46%.

On our visit we were lucky enough to taste the distillery’s current range. In Meldrum House’s new Titan outdoor dining dome we were shown how Glen Garioch’s liquids work in cocktails with Orchard Bar’s assistant GM Ryan Mackie.

Highlights included The Renaissance 17 Year Old Highlander aged in sherry and bourbon casks worked a treat in Mackie’s Old Fashioned with a pear garnish to complement the whisky’s baked bread and honeys notes; and the 1999 Chateau Lagrange cask-matured expression (one of my favourites) was given the Whisky Sour treatment balancing out its Amaretti biscuit, Christmas spice and red fruit notes. Perhaps the most special experience at Meldrum House though was a night-time cheese and whisky pairing in the candlelit dovecot. This is where we got to try the Glen Garioch 1990 bottling – an example of what the distillery might be returning to in the coming years.

While we wait for that though, the distillery’s latest single cask is its 1991 Bourbon cask. Outside of the distillery team, we were the first people to try the new liquid. If this is the sign of things to come, I’d keep Glen Garioch on your list this Christmas – and beyond.

Cocktail of the Week: The Mezcal Espresso Martini