Garnish 101: what are they and how to use them

Jess Williamson
No Comments on Garnish 101: what are they and how to use them

We chat to some industry greats about all things garnishes, from what actually counts as a garnish to their weirdest and wackiest creations, and even some handy home tips.

Consider the garnish. It can be anything from a single olive in a Martini to lavish leaves in Tiki cocktails. It can also make or break a drink – I’m sure we’ve all been to a bar with an unwelcome limp mint leaf or mangy strawberry in your drink.

But lemon peels and olives aside, what exactly is as a garnish, what is its purpose, and how important are they? The aesthetics of a cocktail were important long before the ‘gram, to tell the story of the drink you’re about to savour. We managed to get some words from some industry experts who know exactly how it’s done.

What even is a garnish?

The first and most important question for anyone looking to jazz up their serves. First up is Ryan Chetiyawardana, of Lyaness (formerly known as Dandelyan), Super Lyan and White Lyan fame, who manages to invent futuristic and simultaneously minimalist cocktails. “To me, it has to be functional, adding a different dimension to something you want in the drink” he tells us, though he doesn’t believe you have to be able to consume it. “A spray, a paint, physical garnish, vessel, theatre, are all things we’ve employed over the years.”

For Belgium’s Matthias Soberon of social media cocktail wizardry @ServedBySoberon, “a garnish is anything that’s added to the drink that elevates it in any sensory way, whether it be visual, auditive, tactile, gustatory or olfactory.” If you can sense it, it’s a garnish. 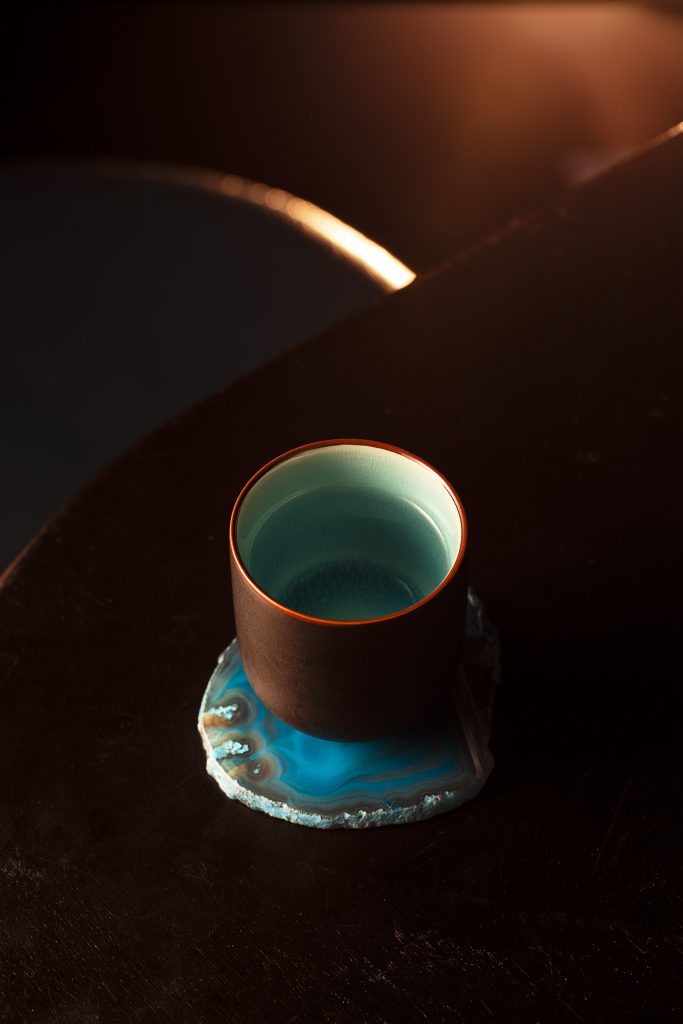 As we ask our final expert, it looks like everyone is in agreement. “A garnish can have multiple forms,” adds Andrei Marcu, of Bethnal Green’s wonderful Coupette. “It’s the final touch added to the drink, there to complement the drink and boost certain flavours or aromas.”

So in a nutshell, what our talented trio are saying is that a garnish can be almost anything that enhances a serve in some way. The bad news is that’s pretty vague, but the good news is that it allows for a whole load of creativity.

Does every drink need one?

“I want an olive in my Martini!” says Chetiyawardana. “But only if it’s a decent one – I’ll go sans if it’s a sad, old olive.” We’d have to agree. Having said that, he also acknowledges that sometimes “the confidence to leave it bare is sometimes the best thing to do.” It looks like Chetiyawardana and Soberon are on the same page, who adds “don’t overcomplicate it just for the sake of it. Sometimes the liquid in the glass absolutely needs 100% of the focus.” Be bold, believe in your serve and go bare. 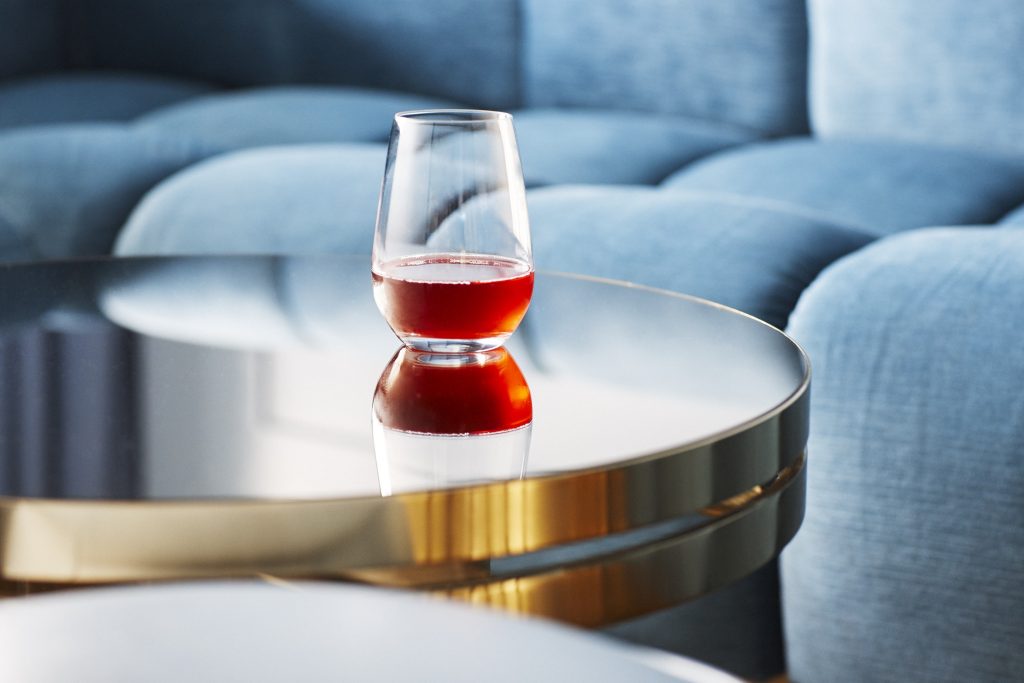 Chetiyawardana keeping it simple at Lyaness with the Rook Pool Sazerac

But as we turn to Marcu, he reminds us of the importance of certain garnishes. “A standard Martini would have a lemon twist or an olive as a garnish. But if you add a pickled onion instead, it will be a Gibson Martini which means it becomes a completely different drink.” Now, whether to put an orange or lime with your G&T may not be quite as important as this example, but what you choose to accompany your spirits with does make a big difference.

Some garnishes are integral to the formation of the drink, becoming more of a core ingredient as opposed to a garnish, because as Marcu notes, “an Old Fashioned without orange peel would be just whiskey and sugar.” Easy to make, but not what you’re looking for. While you don’t mess with some garnishes, others are totally divisive, such as “the ‘issue’ with the salt-rim on the Margarita,” Soberon points out. “Some people love the salt, others despise it, that’s why most bartenders will serve the drink with half a rim salted, to make sure that you have the option to either go for it or not.”

So far, everything we’ve talked about has altered the taste or smell of the drink in some way, But is there any point in a purely aesthetic garnish? Our industry minds were divided on this one. Marcu takes the view that “drinks are very sensorial, and everything influences the taste. I would only use an aesthetic garnish when we have a conceptual drink.” A bed of sand for a drink inspired by the sea, for example, to enhance the storytelling aspect of the serve, or a colourful geode coaster to imitate the look of the sea (as shown in Shimmer above) have both been used at Coupette. 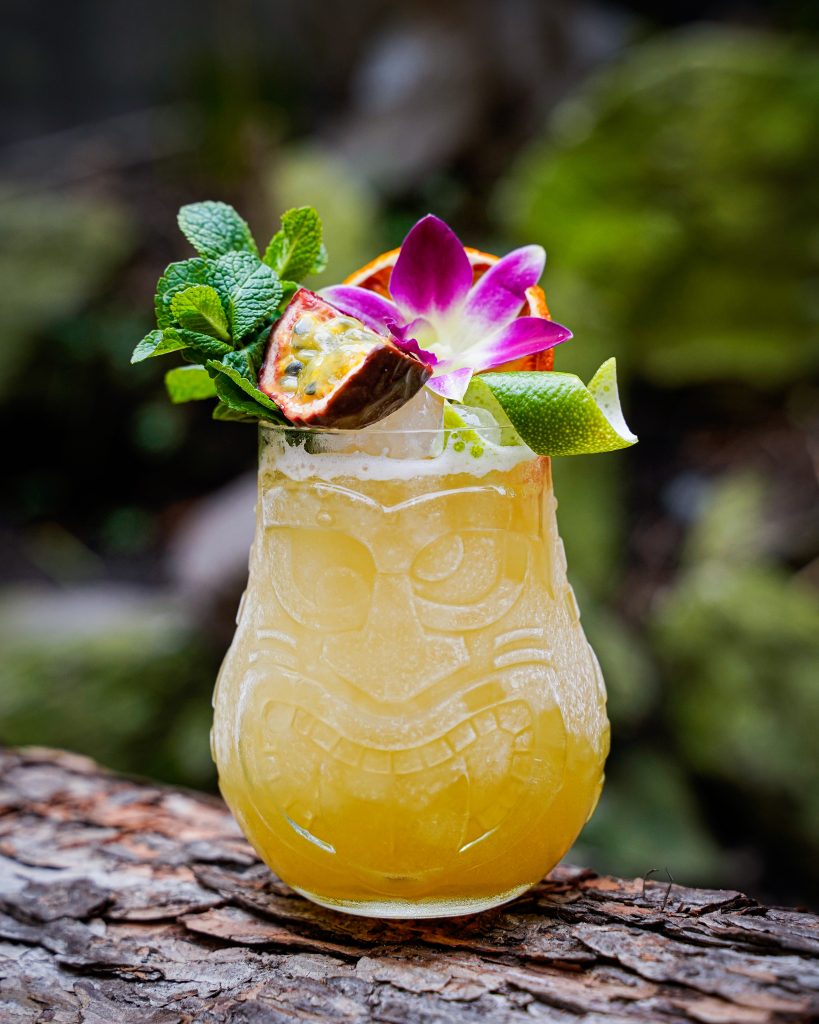 For Soberon, it’s a yes. “For Tiki drinks, a single orchid doesn’t make any difference to the drink’s flavour profile, but it makes all the difference in how the drink is perceived.” Plus, he’s not going to ignore the fact that social media has a huge part to play in the formation of many drinks these days. “In this day and age where everyone is walking around with their smartphones (and all bars requiring to have social media presence), everything just needs to be prettier.”

Each to their own, and aesthetic garnishes aren’t for Chetiyawardana. “I see what they add, but it’s just not my style.”

Now, we couldn’t possibly chat to all these awesome bartenders without getting the garnish gossip. Classic cocktails and olives are one thing, but we want to know about the weird and wacky, the ones that make it onto the ‘gram and into our memories.

For Chetiyawardana, his wildest garnish is the truly awesome whisky Mousetrap contraption at what was formerly known as Dandelyan. Two years in the making, everyone’s favourite childhood game had a few boozy changes; the ball was swapped for ice, and you get whisky at the end! This is definitely taking the notion of a garnish to a whole new level, and you can see it in action here.

Marcu recalls the time he channelled his green finger into his mixology, creating a mini greenhouse with micro herbs planted inside. “Sitting in the middle of that green house was the drink. Every time you had a sip you could pick one of the herbs that were growing and surrounding the drinks and eat it.” It’s a bit like a choose-your-own-ending version of a cocktail. “Every single different micro herb was putting the drink in a different light and bringing out different aromas and flavours.” No surprise this one made it to Instagram fame right here. 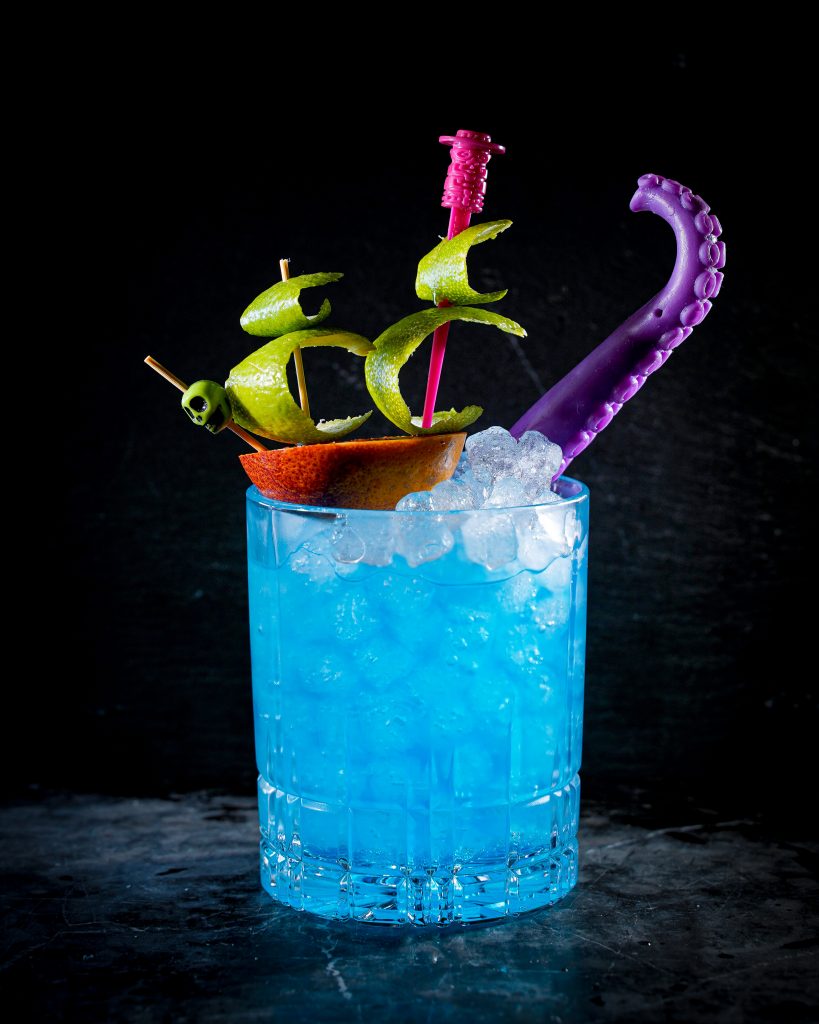 Soberon can’t pick just one finest serve, with his cocktail portfolio showcasing squirt guns filled with booze, octopus arms, and veins of blood in the form of dehydrated beetroot powder on top of drinks for Halloween. Sometimes he even adds “small ornaments that people could take home afterwards, as little gifts.” A cocktail with a party bag? We’re in.

After all this talk, I’m sure we’re all fancying a drink! But without our own professional contraptions, most of us are going to have to make do with what we have in our homes already. Our industry pals are back to guide us towards what to use, simply reaching for the cupboard rather than the stars.

So citrus peels are probably the go to garnish for most people, someone always has a lemon or lime laying about. “Citrus peels are obvious, and often you don’t need as much citrus peel as you think,” Chetiyawardana tells us. “Sometimes a big swathe is wonderful, but the oils can also overpower and can become bitter. A small ‘coin’ expressed over a drink can give just the right brightness and lift you need.” Soberon adds, “make sure there’s as little pith as possible,” leading us onto some handy slicing tips from Marcu: “Peel the fruit on a diagonal line and cut the edges into a nice square shape,” to help you to twist it over the drink. Don’t forget to save a slice of your morning orange for that Old Fashioned. 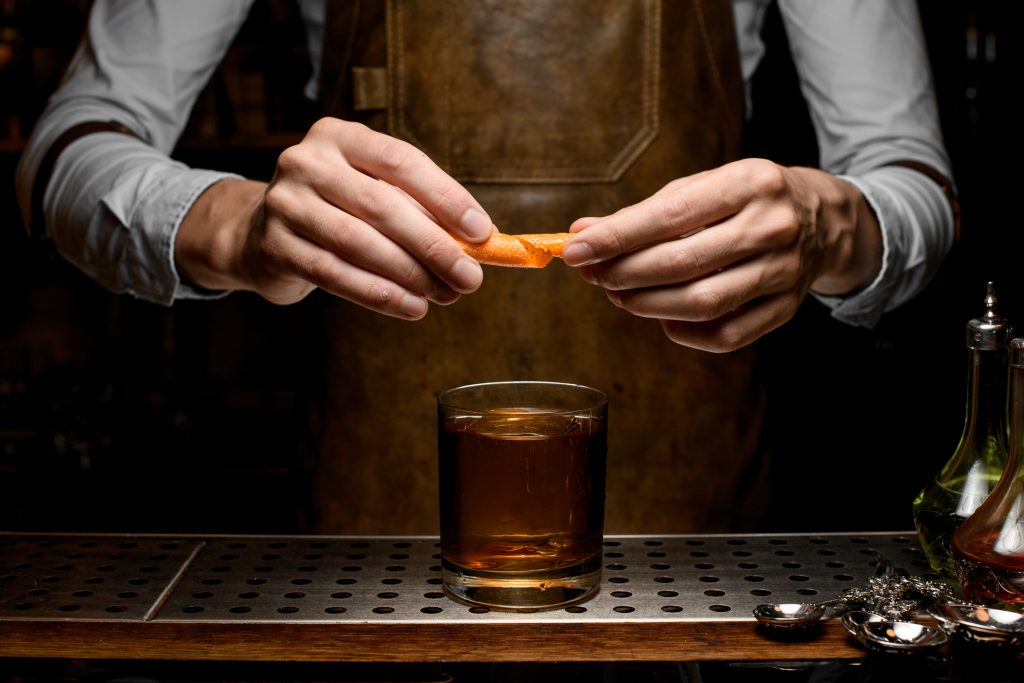 But what about when we leave the fruit bowl? “Everyone should definitely have a little look in their spice racks,” Soberon suggests. “A single star anise or cardamom pod is hugely aromatic. Or maybe dust (sparingly!) some ground nutmeg, ground cinnamon, Chinese five spice powder, pepper.” If you’re looking to try out a handful of different spirits, then Soberon recommends keeping the strongest aromatic spices for darker spirits, such as rum and whisky, and the lighter ones for gin, vodka and Tequila. Though heed his warning: “Just make sure you don’t dust every drink!”

And Marcu’s home suggestions? Pair your Calvados with apple, your tropical drinks with pineapple (or lime, if it’s rum-based), and grate some chocolate for those cream liqueurs.

Happy mixing! Though seeing as bars are back open this weekend, perhaps you could get somebody else to do all the hard work for you…