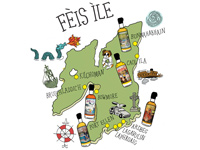 As some of you may already know, we’re sadly not going to be at Fèis Ìle this year. I know, I know. We had a good run though – attending the last four years in a row as Master of Malt, keeping you all (hopefully) entertained whether you’d made it along or not, running some great promotions and even kitting many of you out with some top notch drams, t-shirts and snazzy tote bags. And it was our absolute pleasure to do so.

There’ll be no Malt Mobile to look out for this year though (much to the delight of Bowmore’s bollards), no gratuitous shots of limited edition whiskies next to hot tubs or Port Ellen tastings and no week long series of our ramblings from the event. But if you are indeed going, especially if it’s your first time, allow us to present our little guide to this year’s festival… 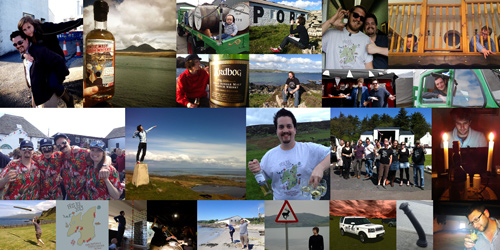 THE MASTER OF MALT GUIDE TO FÈIS ÌLE 2015

The first full day! A nice one to ease you in, very relaxed. Expect to join the legendary Lagaqueuelin if you want one of the festival bottlings. This will be your first opportunity to visit Justin’s beloved seafood van. Keep an eye out for Colin Dunn darting about too and any sign that Andrea Montague is making her Fèis Ìle debut – if she is, and a cocktail shaker is involved, then you’ll want in. 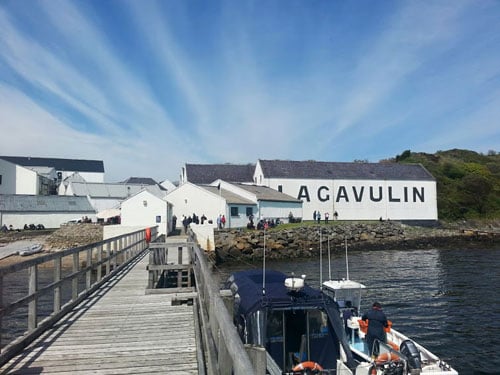 This will be the retiring Jim McEwan’s final Fèis Ìle as Bruichladdich Master Distiller so expect the Laddies to give him a good send off! Always one of the very best days of the festival with live music and a buzzing atmosphere. There’s a dedicated big gazebo-thing for the purchase of a large range of whisky bottles in addition to the distillery shop, as well as options for food and drink. The theme this year is a ‘Hoe Down’ and the bottling will be a ‘High Noon’ Black Art Valinch (1881 bottles available). Keep an eye out for fake moustaches.

The Port Ellen Maltings are always open on this day too. Apparently. (Right next door to what remains of the closed distillery, so it wouldn’t be a wasted visit.) 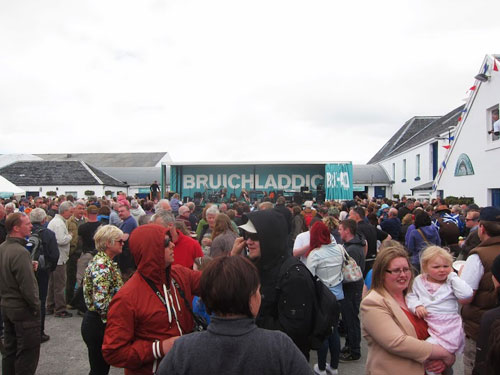 One of the quietest days, but that’s actually perfect after the festivities of Sunday… The journey down to the distillery (which has to be completed by minibus due to parking spaces) is worth it for the view across to the Paps of Jura alone. Be concerned if Prince Vultan has taken to the water with an army of deer in tow. Keep an eye out for tall ships. 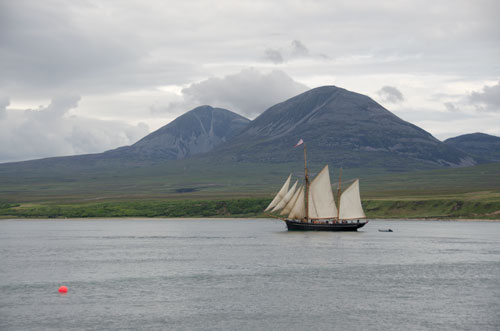 The first question we thought of here was what colour will the Cairdeas (say car-chase) festival bottling be after pink and yellow releases in recent years? It doesn’t sound like it will green or purple though. In fact, for their 200th anniversary they’ve unsurprisingly got something rather special up their sleeve: a 100% distillery floor-malted release, said to be an attempt to recreate the Laphroaig spirit of 100 years ago! You’ll be wanting a bottle of that, I’d imagine. Be sure to pop your head round to where there’s peat burning in a kiln too. 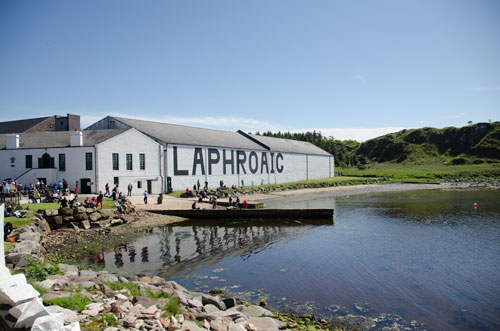 Does that bollard outside the Pharmacy look a tad wonky? Don’t worry, it’s probably meant to be like that… There’s a couple of festival bottlings here as usual: an affordable Virgin Oak option (1,000 bottles) and a much more expensive 1988 Sherry Cask Matured release (248 bottles) as well as their outstanding Bottle Your Own (currently a 2002 Oloroso Sherry Cask #2214). Try your hand at turning some barley on the malting floor.

Bowmore also now owns The Harbour Inn, and Islay Ales have an open day on the Wednesday too. 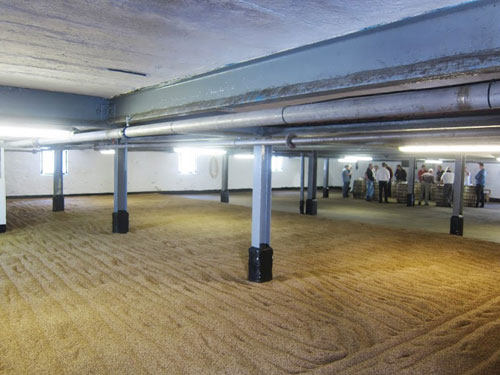 It’s Kilchoman’s 10th anniversary this year. (There are lots of anniversaries in 2015.) Again you’ll have to finish a journey by minibus, but this time due to the poor quality of the final track down to the farm! Keep an eye out for Maverick Michael Vachon’s favourite 1950s Duffie truck. There’s also the option of visiting Jura, especially if you’ve never been before – watch out for midges though (yes, even more than Islay) and the deer that outnumber the peoples 30:1! 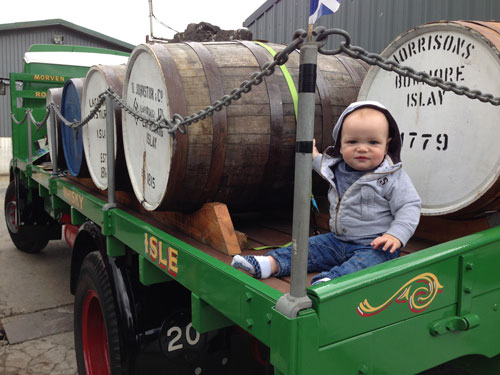 “Are you the farmer?”

Simple this one. Go up to the drinks stall and demand a slushie. If they’re not doing slushies (they may refer to them as slushes), and if you’re anything like us, then storm off to make your own. Make sure you grab something from the barbecue first though! Another distillery doing two festival bottlings these days – one will be called Rubha A’Mhail and the other will be an 18 year old Moscatel (finish?). 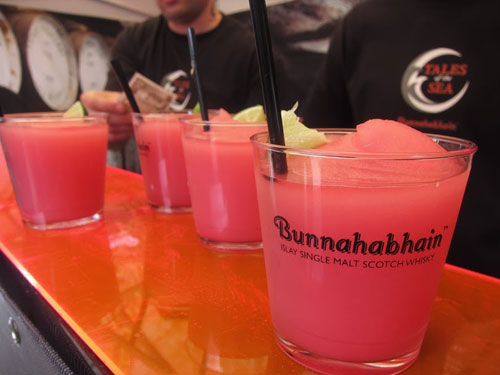 Celebrated around the world, Ardbeg Day is always a well-polished event. This year, like Laphroaig, they’re celebrating their 200th anniversary. To mark the milestone, they invite you to ‘join them in the future’ with a “Here’s to the next 200 years” theme. A great end to the week with more live music, the ever popular Arbroath Smokies and plenty going.

We’ll be receiving an allocation of the Ardbeg Day bottling – Perpetuum (47.4%) – into stock shortly afterwards. It’s said to be a creamy, classic Ardbeg, with Bill Lumsden taking inspiration from the distillery’s two centuries of releases. 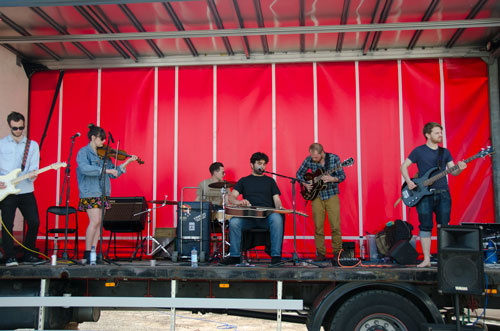 Most of the tastings and master classes will have long since sold out, but our top tip would be to get in on the Tall Ship Tastings with the good peoples from The Whisky Lounge – tickets are still available here (at time of writing).

Meanwhile building work on Islay’s ninth distillery, Gartbreck, is yet to start, but you can see an aerial video of the farm site on the coast here. They plan to be up and running in 2016.

If you are going, have an amazing time! Send us some pics! All that’s left for me to do now is to point you in the direction of our high-octane coverage of previous Fèis Ìles, for which you can follow the links below. Boom! 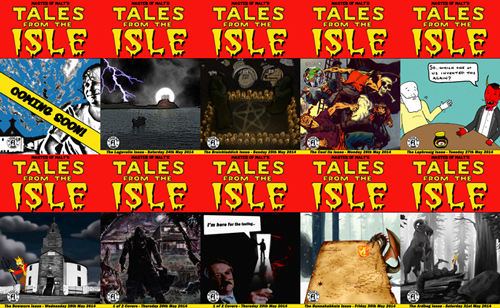 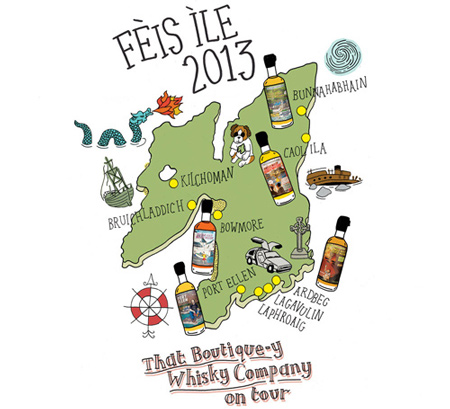 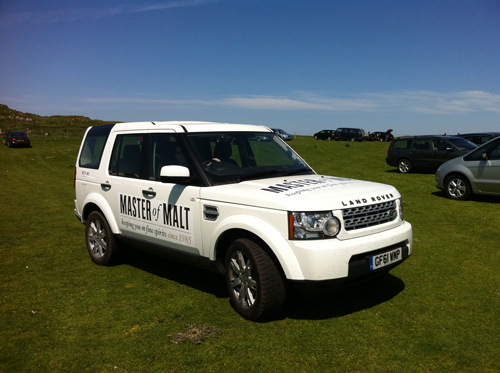 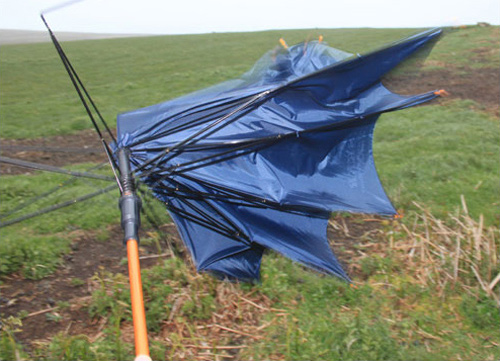 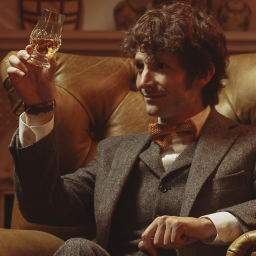 Master of Cocktails - Fair Yuzu Has a Posse