There’s been a spate of very old whiskies released recently such as a 54 year old Singleton of Dufftown, and from Gordon & MacPhail, an 80 year old Glenlivet,  but does old necessarily mean better, asks Ian Buxton.

“You are old, Father William,” the young man said,

“And your hair has become very white;

And yet you incessantly stand on your head –

Do you think, at your age, it is right?”

Lewis Carroll’s verse came to mind when reading a recent press release from renowned independent bottlers Gordon & MacPhail. The company has plundered is Elgin warehouses and will shortly release what’s claimed to be the “world’s oldest single malt Scotch” – an 80 year old Glenlivet if you’re interested. Don’t bother to ask the price because, even though it hasn’t been revealed, it’s safe to assume you can’t afford it.

Now, not to be unduly pedantic, but I seem to recall that the October 2010 release of Dalmore’s Trinitas featured spirit from 1868 but as this had been vatted with other whiskies, some dating from as *recently* as 1939 it could *only* be marketed as a 64 year old. At the time, this seemed an incredible age and the launch price – a mere £100,000 – raised more than a few eyebrows.

However, like the infamous taxis in the rain, it seems that hardly a week passes without some exceptionally old whisky being launched, often at prices less than the cost of a three bedroom house in Grimsby – which, if you can’t be bothered to look it up, is around £55,000.

You’d actually have to sell two properties from Grimsby to enjoy something like the Glenfarclas Family Trunk, though there are 50 (albeit small) bottles of whisky from every year between 1954 and 2003. At 20cl each, that’s just over 14 full bottles, making this Speyside beauty something of a bargain at the 70cl equivalent of £7,000 each. Mind you, with just a couple of minutes on any decent property website it’s possible to find a selection of one and even the occasional two bed flats or terraced houses for less than that.

Back in October last year, a complete set of Macallan Red sold for more than three-quarter of a million pounds, albeit in a charity auction and today, assuming you could find one, just one bottle of Macallan Red 78 years old would set you back around a cool £100,000.  Alternatively, a 54 years old Singleton could be yours for £28,850 or perhaps three half litre bottles (a 1972, 1977 and a 1982) from the Brora Triptych at £30,000 would appeal. Or £50,000 for a Black Bowmore DB5. Unfortunately you’ve missed the chance of the Black Bowmore Archive Cabinet which auctioned in April for a cool £405,000. Not bad for a whisky which proved slow to sell at the original launch price of around £100 a bottle. 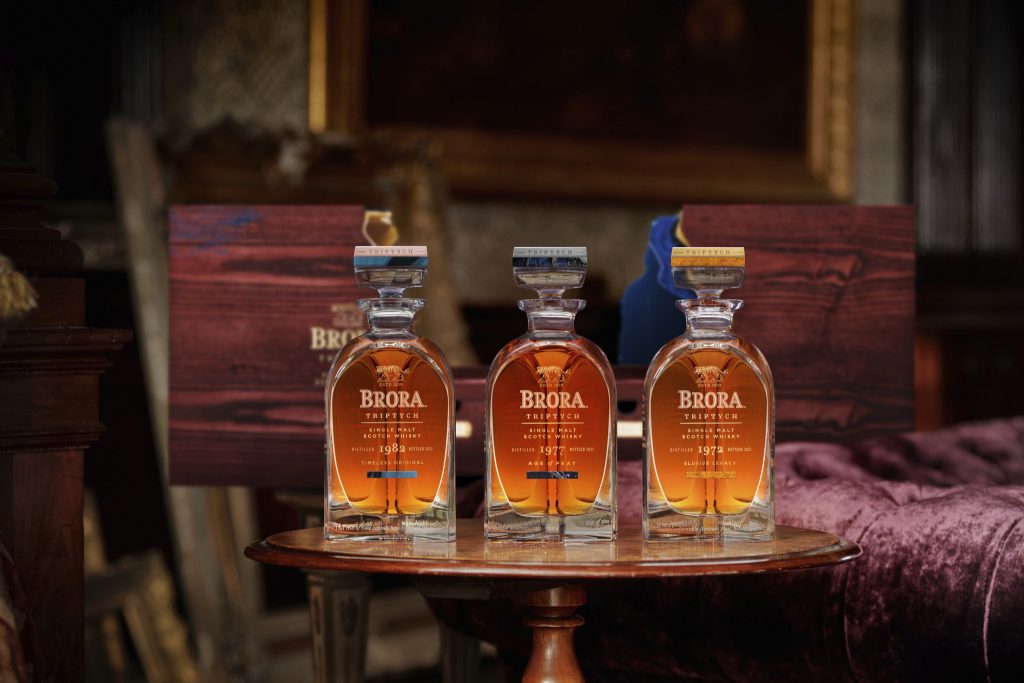 Right, that’s enough silly whisky prices. Like old Father William the whisky business seems to be standing on its head because it wasn’t so very long ago that whisky more than 25 years old was thought next to undrinkable (we’ll come back to this), and warehouse managers would have been chastised for letting any cask reach this excessive age.

What, you might well ask, is going on? Well, we can lay some of the blame at the door of the whisky ‘investment’ boom which I’ve been banging on about for some while. The claims just get bigger and wilder, all fueled by the cheap money that’s washing around the world, inflating asset prices and helping the rich get richer. You can thank the world’s central banks’ various quantitative easing (aka ‘helicopter money’) programmes for that but, understandably, if a distillery can see the chance of a windfall profit from one last venerable cask they can hardly be blamed for taking the money. They’re businesses after all.

And we have to face the uncomfortable fact that a large part of the price is accounted for by the increasingly lavish trappings that dress these whiskies – that Gordon & MacPhail 80 year old Glenlivet will come in a decanter and oak case designed by leading architect Sir David Adjaye OBE. No pictures yet but I’m betting it won’t feature a tall round bottle with a screw-top closure. Elsewhere, we see one-off custom-made cabinets, hand-blown crystal decanters, leather-bound tasting ledgers and other exquisitely crafted but frankly increasingly vulgar packaging designed to conceal the elephant in the room.

Compared with some whiskies, this £4k Port is a steal, And it’s delicious

Which is that the vast majority of these whiskies are for display not drinking. Which, as it happens, I find something of a relief. And now I’m going to let you into a curious secret: that’s because they’re often not very nice. Those that I have sampled are simply over the hill – over-woody or bitter, lifeless and one-dimensional.

Perhaps it’s a grape vs. grain thing. I don’t have the science to back this up but give me a dignified and stately Madeira or vintage port, or even a very old brandy, be it Armagnac or Cognac and the liquid seems vibrant and even fresh tasting by comparison. Not to mention that prices seem a relative bargain – Louis XIII at under £3,000 for example or an 1870 Tawny Port (with companion 1970 bottle for comparison) at £4,000.

I fear the whisky industry has a bad case of the Emperor’s New Clothes though, note to PR industry, do keep sending those tiny little samples. One day I’ll find one that I like.

Master of Malt @MasterOfMalt
45 minutes ago
Who says you can't make a cocktail with super old #whisky? We made an Old Fashioned with Butterscotch & Vanilla & Toast & A Generation 30 Year Old. Perfect for when your Old Fashioned just needs to be a bit, well... Older!

Master of Malt @MasterOfMalt
3 hours ago
On the hunt for a new gin, and bewildered by the sheer number of brilliant options on offer? Check out this handy roundup from @Forbes, exploring nine exciting expressions to have hit the UK market.
https://t.co/U1YCf5AGlX
View on Twitter
1
4

Master of Malt @MasterOfMalt
17 hours ago
. @DrinkGlenturret, ‘Scotland’s oldest working distillery’, has gone up market in recent years with fancy packaging and a Michelin-starred restaurant on site. But can the whisky match up to the glitzy image? 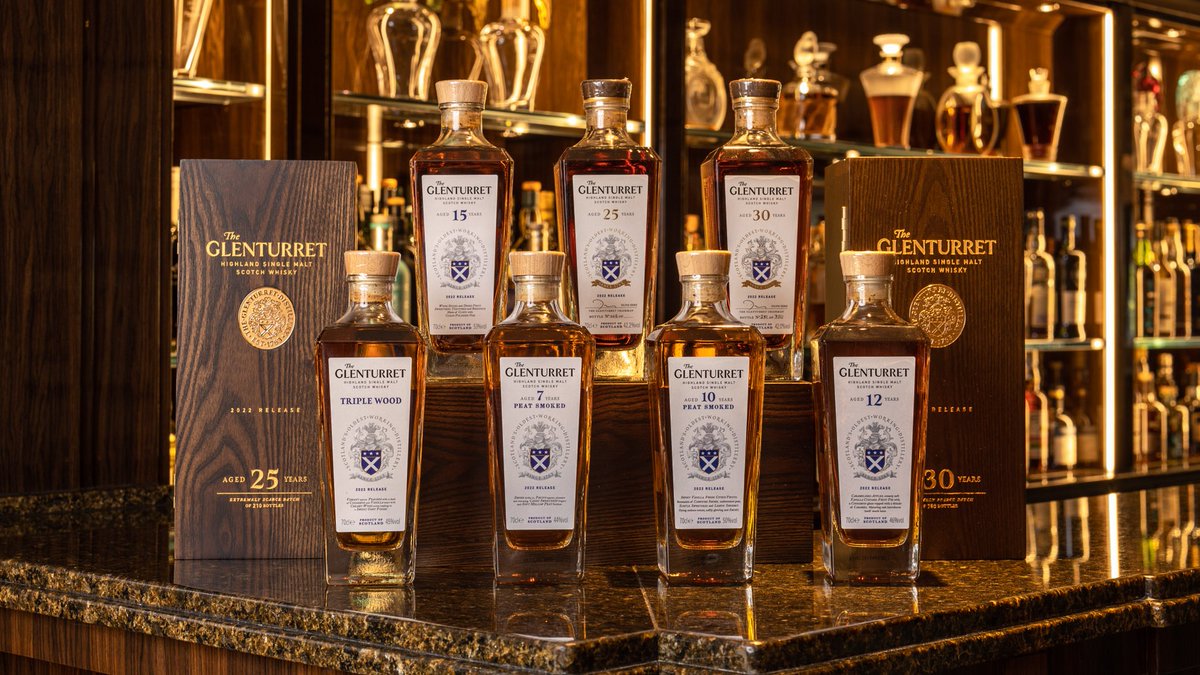