Cocktail of the Week: the Sherry Cobbler

Henry Jeffreys
No Comments on Cocktail of the Week: the Sherry Cobbler

Earlier this month, Nate Brown told us that sherry was a bartender’s secret weapon, adding complexity and seasoning to cocktails. But what about if you use sherry as the main ingredient? Before the word cocktail was even invented, people on both sides of the Atlantic were making mixed drinks out of fortified wine.

Such drinks would have been familiar to Shakespeare. Falstaff calls for a sort of sherry cocktail in The Merry Wives of Windsor: “Go fetch me a quart of sack (sherry); put a toast in’t.” The Elizabethans would have drunk much of their sherry laced with sugar, spices and, er, toast. It was a good way of disguising the poor quality of the wine. They would also have served these drinks hot to create a sort of mulled sherry.

What the Americans brought to the party was ice. The Cobbler unites a traditional English way of serving sherry with the American love of cold drinks. It’s just sherry with sugar and served with crushed ice and fruit. Long before freezers were invented, Americans would harvest huge blocks of ice in the winter months from the Great Lakes and keep it in special insulated chests so they could have cold drinks throughout the winter. An article in 1838 from a New York newspaper said that an ice box “is now considered as much an article of necessity as a carpet or dining table.”

Charles Dickens picked up the taste for chilled drinks on his American reading tours. He liked the Sherry Cobbler so much that in his novel Martin Chuzzlewit, the eponymous hero refers to it as a “wonderful invention.” Dickens didn’t just limit himself to Cobblers. Apparently, on the gruelling 1867 tour of America, he took most of his nutrition from sherry flips: made with a mixture of sherry, eggs, sugar and nutmeg. 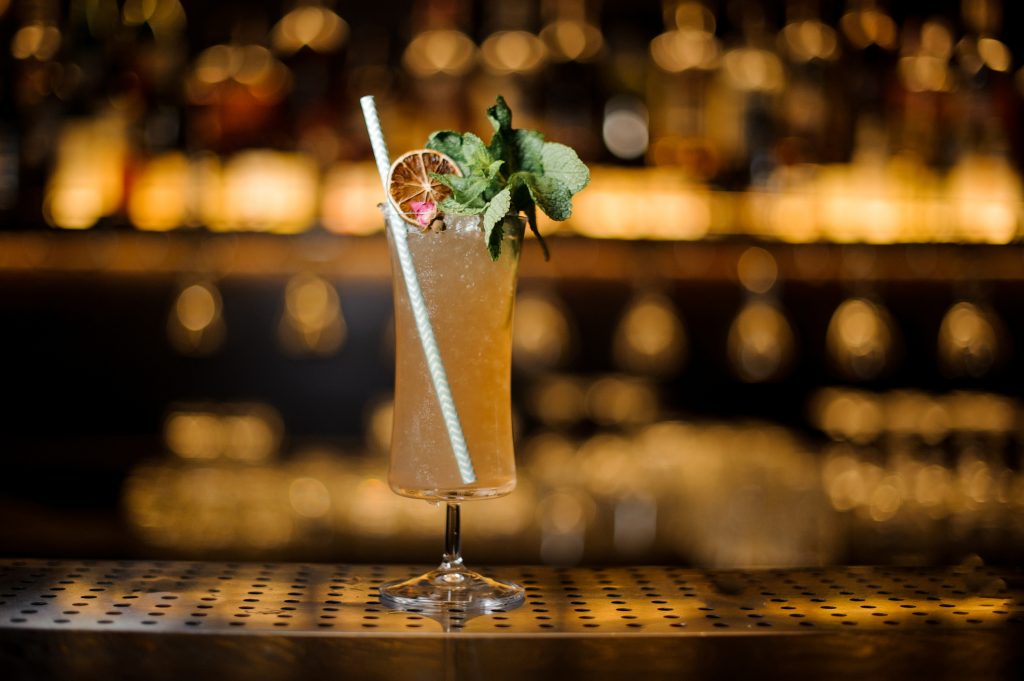 While the Flip requires a bit of skill, the Cobbler could not be simpler. If you don’t have an ice crusher, just bash some ice cubes in a bag with a rolling pin. I would recommend using a reasonable quality amontillado sherry, you want that nutty taste to come through, though don’t use anything too pricey. The González Byass Viña AB Amontillado Seco fits the bill perfectly. You could also use an oloroso, or a sweetened sherry like Harvey’s Bristol Cream in which case cut back on the sugar. But you don’t have to limit yourself to sherry: there are all kinds of other cobbles: Champagne, Port, claret and even Sauternes. Finally don’t stint on the garnish: orange and lemon slices are essential, as is mint, but you could also sling in a strawberry or maraschino cherry. Think of the Cobbler as a distant ancestor of Pimm’s. It’s the perfect drink for a hot lazy summer’s day.

In a highball glass (or you can use a Hurricane, Sling or Old Fashioned glass), add the sherry and the sugar syrup. Stir and taste, you might want to add more sweetness. Fill up with crushed ice, add a dash of bitters and stir. Garnish with a lemon and an orange slice, and a sprig of mint.

Master of Malt @MasterOfMalt
6 hours ago
Shake up some flashy cocktails and show off your flambé flair by mixing up a Maratini with @BrockmansGin Intensely Smooth.

Master of Malt @MasterOfMalt
6 hours ago
Try a sophisticated twist to your spritzes this summer with this combination of @ChambordLiqueur and Adami Bosco di Gica Prosecco... Berry delicious. On special offer now!

We put your Ardbeg questions to Mickey Heads!

The winner of our Game of Thrones Youtube competition is...