Cocktail of the Week: The Kamikaze

Lucy Britner
No Comments on Cocktail of the Week: The Kamikaze

A shot that mixes vodka, triple sec and lime, the Kamikaze is a party drink. And its most famous slinger is everyone’s favourite fictional bartender…

In the words of the ‘World’s Last Barman Poet’ (aka Tom Cruise’s character Brian Flanagan in the 1988 stone-cold classic movie Cocktail):

I see America drinking the fabulous cocktails I make,
America’s getting stinking on something I stir or shake,
The Sex on the Beach,
The schnapps made from peach,
The Velvet Hammer,
The Alabama Slammer.
I make things with juice and froth,
The Pink Squirrel,
The Three-Toed Sloth.
I make drinks so sweet and snazzy,
The Iced Tea,
The Kamikaze…

The Kamikaze’s mention in this movie gives you a good indication of the type of drink we’re dealing with here: think ‘70s/’80s disco realness. And according to cocktail historian David Wondrich, the Kamikaze appeared on the bar scene in 1976.

This cocktail started life as a shot. According to drinks experts Lynnette Marrero and Ryan Chetiyawardana in their MasterClass series, the recipe contains equal parts vodka, triple sec and lime. Not dissimilar to a Margarita, except with vodka in place of Tequila. Sometimes blue Curaçao liqueur is added to this classic cocktail in place of triple sec to turn it into a Blue Kamikaze,” the pair add.

Like pretty much every cocktail going, there are a few recipe variations when it comes to quantities. But since these are pretty staple ingredients, they are likely to already be in the cupboard/fruit bowl, so you can play around to suit your own tastes. Better still, stick Cocktail on in the background and chuck some bottles around the kitchen.

In the book on which the film is based, also called Cocktail, author Heywood Gould describes Flanagan’s contempt for the drink, mainly because it’s a pain to make, only to be gulped down in one go.

“The Kamikaze is one of a class of disco cocktails invented by barbiturated teenagers,” Gould writes. “It is a senseless, infuriating concoction made of equal parts vodka, lime juice, and triple sec (some regional variations include Tequila), shaken and strained into an ounce-and-a-half shot glass, and thrown down in one gulp. Its intent is instant inebriation.”

Flanagan laments that a large shot of any spirit would do the job faster but then “these little sadists wouldn’t have the fun of watching the bartender pouring and measuring and shaking and straining to absolutely no end”.

I heard a bartender say once that he would tell customers he had run out of mint, when he could no longer bring himself to make yet another Mojito. Unfortunately for Flanagan, if you ran out of vodka, lime or triple sec in an ‘80s cocktail bar, you’d be pretty screwed. 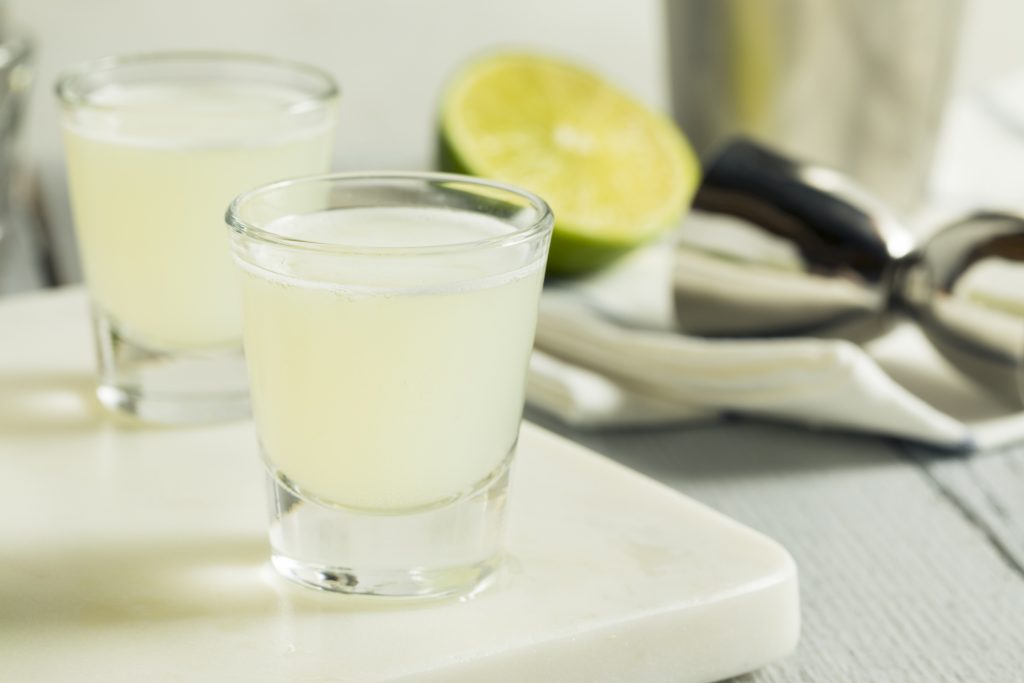 Though the days of disco might’ve been the perfect place for shots and shooters, the Kamikaze of today doesn’t have to be in miniature. In fact, Marrero and Chetiyawardana suggest the drink has “evolved into a fully-fledged cocktail served in a chilled cocktail glass, like a Martini glass or coupe”.

And Sex and the City Cosmo fans will also note that the cocktail isn’t a million miles away from the pink drink enjoyed by Carrie et al. In fact, bartending legend Salvatore ‘The Maestro’ Calabrese says a Cosmo is “basically a twist on a Kamikaze”, but, of course, the Cosmo sees the addition of cranberry juice.

When Gould wrote Cocktail (in 1984), he obviously wasn’t blessed with the plethora of vodkas we have access to these days. He writes that the drink has no particular attributes that would make it a bad or a good one. Now, though, we’ve got access to stuff like single estate vodkas, rye or potato vodkas, making for a more sophisticated Kamikaze. If you want one.

While there is a silly side to this drink, the origin of its name is more serious. The word Kamikaze is Japanese and translated means ‘divine wind’. The word was synonymous with Japanese pilots in World War II, who would deliberately crash themselves into their targets, committing suicide in the process. Why ‘divine wind’? Well, according to the encyclopedia Britannica, it’s a reference to a typhoon that fortuitously dispersed a Mongol invasion fleet threatening Japan from the west in 1281.

And though the Kamikaze cocktail is widely associated with the ‘70s and ‘80s, there is some speculation that its origins can be traced back to an American naval base in Japan, after World War II. Though it really hit the bar scene in the mid-1970s. Indeed its popularity in ‘70s and ‘80s US bar culture no doubt went hand in hand with the popularity of vodka.

Back to Brian Flanagan for some final words on the Kamikaze: “It exists merely to confer a little cachet on these pimpled baboons.”

Still, it’s worth a shot.

How to make a Kamikaze*

Shake all ingredients over ice and fine strain into a shot glass. Garnish with a lime wedge.

Master of Malt @MasterOfMalt
2 hours ago
Pineapples and #rum in the sun anyone? Based upon a core of quality rum, naturally flavoured with tangy pineapple, Project #173 Pineapple Rum is perfect for some tropical summer serves. Save £4 today!

Master of Malt @MasterOfMalt
16 hours ago
Gather 'round golf fans, it's time to tee off at The Open Championship 2022! Enjoy the competition with a dram of single malt from @LochLomondMalts, and raise a glass to the 150th Open.

Master of Malt @MasterOfMalt
20 hours ago
Hop aboard and discover a whole host of delicious sippers from across the globe in our Rum Festival!

Welcome to The Master of Malt Islay Festival 2021 celebration!