Is the gin boom over? Not by a long way, according to figures just released by HMRC. We take a closer look at this great British export success story.

It’s not often you get good news from HMRC, but something that landed today made us smile. British gin is booming. Export sales in 2018 reached a record £612 million, meaning that they have doubled in value since 2010, and increased by 15% on 2017.

The EU is the biggest market for British gin worth nearly £290 million and up 14% on 2017. Next comes the USA, worth £191 million and up £13 million since 2017. Other places that can’t get enough of that good old British gin include Australia (£24 million, up 100%), South Africa (£14.5 million up 222%) and Switzerland (£6.6 million, an increase of 38%). With the EU such an important market, one hopes that some sensible arrangement can be reached post-Brexit. Miles Beale from the Wine and Spirits Education Trust (WSTA) commented:

“Europe represents a huge market for British gin, therefore it essential that the UK does not leave the EU without securing a deal which allows frictionless trade. It is hugely important that Government also secures free trade deals with the rest of the world and we are encouraged by mutual recognition agreements already signed with countries like Australia and Switzerland. However more must be done, and quickly, so that we maintain our position as the world’s largest spirits exporter and further boost the UK economy and provide more jobs.”

Meanwhile back at home, we’re no slackers when it comes to drinking gin. In 2018, the British got through 66 million bottles of gin, up 41% on the previous year. That’s a lot of Martinis. Put together, the domestic and export markets for gin are more than £2.5 billion.

Here at Master of Malt, gin sales in 2018 were up 50.5% by volume on 2017. Much of this growth comes from fun, sweeter products like flavoured and pink gins. Our 2018 top ten bestselling gins included: Peaky Blinder Spiced Dry Gin, Aber Falls Orange Marmalade Gin, Whitley Neill Blood Orange Gin, and Malfy Gin Con Arancia. According to the WSTA, the flavoured gin category is now valued at £165 million up 751% (no that’s not a typo) on 2017. Some people might sneer at flavoured gin, but clearly the public disagrees.

Where some of that British gin is made, the stills at Hayman’s in South London

Master of Malt @MasterOfMalt
34 minutes ago
Looking to enjoy some terrific tipples but don’t fancy shelling out oodles of shiny coins to do so? Then our wonderful Winter Sale is just the ticket - but be quick, it ends soon! https://t.co/9Q54svmm95
View on Twitter
0
1

Master of Malt @MasterOfMalt
2 hours ago
Our New Arrival of the Week is a #whiskey so Texan it should be wearing a stetson, it’s Outlaw Bourbon from Houston’s Yellow Rose distillery ( @YR_Distilling). 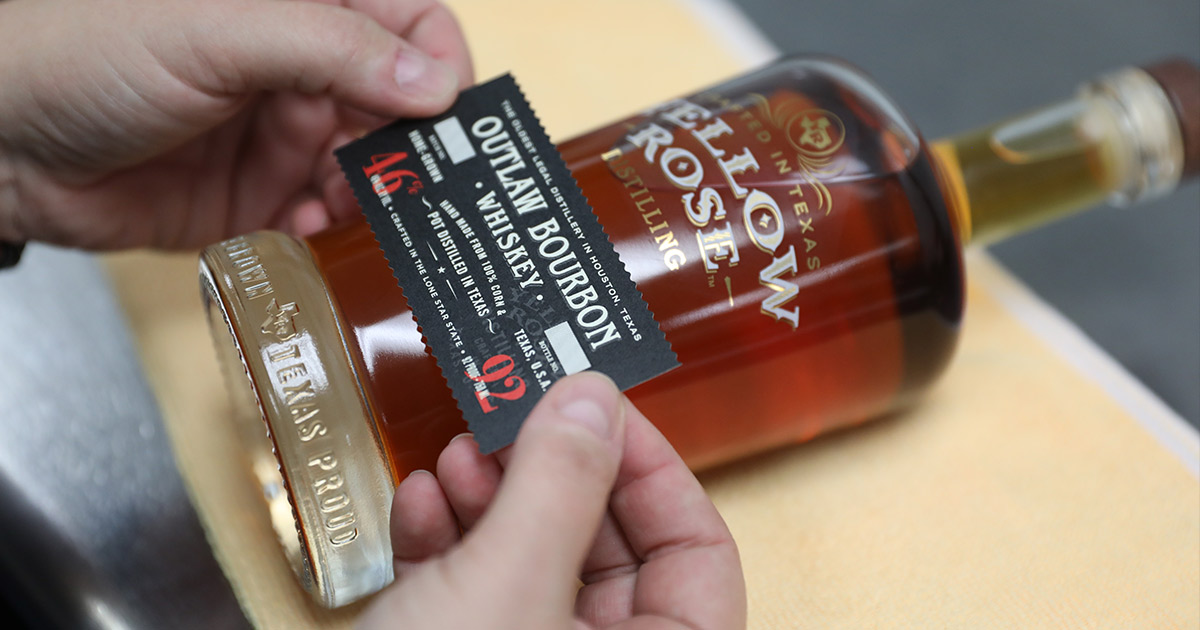 Master of Malt @MasterOfMalt
3 hours ago
A cocktail on tap doesn’t mean a lesser #cocktail. @blacklinesdrink co-founder Casey Sorenson joins us to explain why.
https://t.co/rJCCnRLmW6
View on Twitter
0
0

Are you Thirsty for a Terrific Tequila?