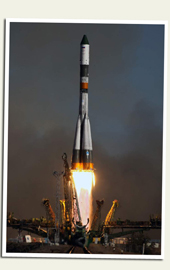 We had to double check this first to make sure it wasn’t late April Foolishness, but it seems Ardbeg really has boldly gone where no other whisky has gone before.

Yes… they’ve sent Ardbeg to the International Space Station at 25,000 mph, which we believe is just short of Ludicrous Speed.

Well, to be strictly accurate they’ve sent new make spirit, so it’s Ardbeg, but not as we know it…at least not yet.

Because the point of this extra-planetary excursion is not to make the lives of the crew more bearable by providing them with delicious peaty whisky, but to explore the effects of zero gravity on the mysterious maturation process.

Along with the new make, samples of oak have been blasted into the earth’s orbit where the reactions between the two will be noted and closely compared to control samples back on earth.

A US team will closely monitor the experiment both in Houston, Texas, at the NanoRacks’ facility, and also in Warehouse 3 at Ardbeg Distillery.

To make sure everything goes according to plan and none of the samples go missing, a sentient, hyper-intelligent and potentially insane computer has been installed on the ISS.

Also, it can lip read.

“I wouldn’t drink that Dave” is what it will say if it catches anyone called Dave trying even a drop of Ardbeg’s precious space whisky. Then it might go crazy and try to kill everyone but fingers crossed…

And who knows what they might be missing out on? Because as well as all the actual science stuff, this research could potentially furnish new and exciting Ardbegs to savour. 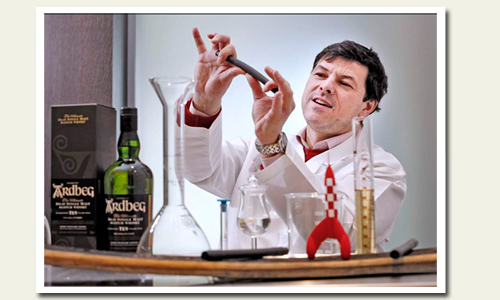 In the words of an actual scientist, Michael Johnson, Chief Technical Officer of NanoRacks LLC: “By doing this microgravity experiment on the interaction of terpenes and other molecules with the wood samples provided by Ardbeg we will learn much about flavours, even extending to applications like food and perfume. At the same time it should help Ardbeg find new chemical building blocks in their own flavour spectrum.”

Sorry, I didn’t explain what terpenes are did I? Terpenes are a race of recently-discovered space beings a set of chemicals which are often very aromatic and flavour-active, the sort of thing that helps give whisky its flavour.

But what space whisky will taste like no one will know… not yet anyway. Ardbeg’s Head of Distilling and Whisky Creation Dr Lumsden, a chemist by training, said in a statement: “This experiment will throw new light on the effect of gravity on the maturation process. We are all tremendously excited by this experiment: who knows where it will lead?”

I’m guessing where no man has gone before, and I’m sure Ardbeg is already regretting it’s used the name Supernova with this brave new world of space-based whisky just around the corner… it’s not like the universe is infinite or anything… oh wait…

So, it turns out the universe is probably infinite, and a galaxy of possibilities awaits, Ardbeg is indeed light years ahead of the game here and all I can say is watch this space (stop now – Ed.)