An introduction to Australian wine

Annie Hayes
No Comments on An introduction to Australian wine

With its vast land mass and varied climate, it’s little wonder Australia’s wines are some of the world’s most diverse – which can make navigating a wine list rather taxing. Here, three experts delve into the fundamentals of Australian wine-making and share the grape varieties and regions to look out for…

Australia is absolutely huge. In fact, with a land mass of more than 7.5 million square kilometres, it’s positively gargantuan. And if you’re thinking, ‘Well, yeah, duh’, let us be clear: it’s probably a lot larger than you think. You could fit the entire UK into Australia 30 times and still have some left over.

Not only does this mean the country produces an eye-watering amount of wine – 1.29 billion litres in 2018 according to Wine Australia, the government authority that promotes and regulates the industry – but also that the liquid is incredibly varied, with wines in each key region inextricably influenced by their local microclimate.

“Too much sunshine and you can end up with over-ripe grapes, which is not good for quality wine,” he explains. “For this reason, vines are planted close to bodies of water or at higher altitudes – this helps moderate the temperatures.” With that said, a little stress on the vine can be a good thing.

“A great example of this is in the famous Barossa Valley, where Shiraz vines experience increasing temperatures and droughts during the growing season,” Sanna says. “The diurnal temperature range allows the grapes to retain and concentrate flavours during the night and ripen during the day. Wines from this region are plummy, rich, velvety, spicy and able to age for long periods.”

Not only is the South Australia valley one of the country’s most prominent wine-making regions, but it’s also home to some of the oldest vines in the world. When phylloxera all-but-wiped out Europe’s viticulture in the late 19th century, it also wreaked havoc on almost all of Australia’s crops too, explains Desiree Russo, wine manager at Humble Grape, Fleet Street, in London.

“Phylloxera decimated almost all the viticulture in Australia, but it was contained to New South Wales and Victoria – they were able to put a stop to it in South Australia,” she explains. “Barossa Valley has some of the oldest vines in the world, because they have not been touched by phylloxera. As a result, South Australia essentially became the wine capital of Australia.”

Today, Australia is known for growing a huge range of grapes all over its vine-growing areas, but certains varieties are synonymous with certain regions:

Barossa valley in South Australia, home to the oldest shiraz vines in the world

“Shiraz is the most widely planted grape variety in Australia, responsible for over a quarter of all production, and Barossa is the benchmark region for the country’s signature wine,” McVeigh-Whitaker from Peckham Cellars explains. “Although often thought of as ‘new world’, viticulture in the Adelaide hills started life in the 1800’s. The vine cuttings brought by the settlers mean that Adelaide hills has a rich heritage of super-old vines. Nowhere is this more prevalent than in the Barossa valley, where these old vines, and long, hot, dry summers produce rich, powerful and textured Shiraz that are among Australia’s most iconic wines,” he continues. “The wines are always full-bodied, rich and powerful although in recent years there has been a move towards fresher, and more elegant winemaking.”

In Australia’s warm climate, finding cool sites in which to slowly ripen grapes is key,” says McVeigh-Whitaker. “In the Clare Valley, the elevated altitude helps the wines retain freshness due to the cold nights. Add in the Gulf breezes and you have a cool climate region, perfect for growing Riesling. Brought from Germany in the late 1800’s, Riesling has a long, distinguished history in the Clare Valley and has built a style unique to the region,” he continues. “Riesling from Clare is more-often-than-not bone dry, with intense lime and floral notes. The region has varied soils, but the best wines come from the limestone rich “terra rossa” or slate soils, both of which lend a beautiful minerality to the wines.”

“The wines of Mornington Peninsula are arguably some of the best examples of Pinot Noir in the world,” says McVeigh-Whitaker. “The region, which pays homage to the great wines of Burgundy, doesn’t go in for the large volume production or grape buying that is prevalent in much of the Australian wine industry. Rather, grapes are all harvested and produced by small, quality-focused producers. The top wines have cult-like followings and sommeliers and wine collectors fight it out for allocations of the top wines, which are produced in very small quantities,” he adds. “Mornington enjoys long, cool summers which enables Pinot Noir and Chardonnay to slowly develop its elegant fruit flavour. The constant sea breezes from Port Philip bay also play a vital role in keeping the fruit cool and help to preserve freshness in the wine.”

Other noted regions include the Margaret River in Western Australia, as well as Victoria’s Yarra Valley. In New South Wales, the Hunter Valley is highly celebrated for its Semillon wines, while in South Australia, Coonawara specialises in Cabernet, McLaren Vale is known for Cabernet Sauvignon, Grenache and Shiraz, and Eden Valley produces cracking Riesling and Shiraz.

“These quality regions will make a small percentage of Australia’s overall production, much of which will be labelled South Australia, for example, and will be large scale blends from many vineyards,” adds McVeigh-Whitaker.

While these well may be the most-prized varieties, a wealth of exciting bottlings are being produced with lesser-known grapes. The country’s producers are incredibly entrepreneurial and love to experiment, explains Russo. Not only did Australia develop the screw cap, but we have the country to thank for bag-in-a-box, too. With innovation on the brain, it’s not uncommon for producers to cultivate unusual vines. She points to Verdejo, a Spanish grape variety currently being grown in New South Wales, as well as a Yarra Valley producer who is making a solera system Sangiovese. Producers are experimenting with Greek grapes like Assyrtiko, lesser known Italian varieties like Fiano and even ones from Georgia such as Saperavi. “You’re seeing all these new and unique styles coming out, which is what makes Australia so exciting as a wine producer,” she adds. And we couldn’t agree more. 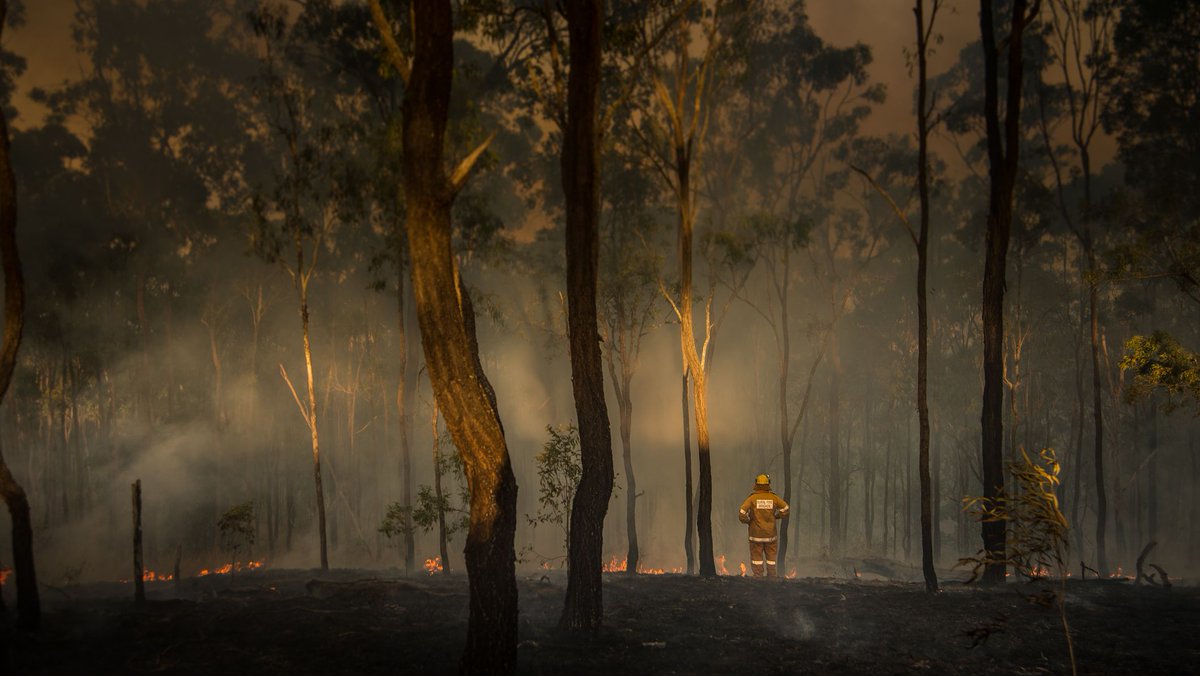 Master of Malt @MasterOfMalt
3 hours ago
What happens when Dominican #rum is finished in peated whisky casks? Our New Arrival of the Week holds the answer. 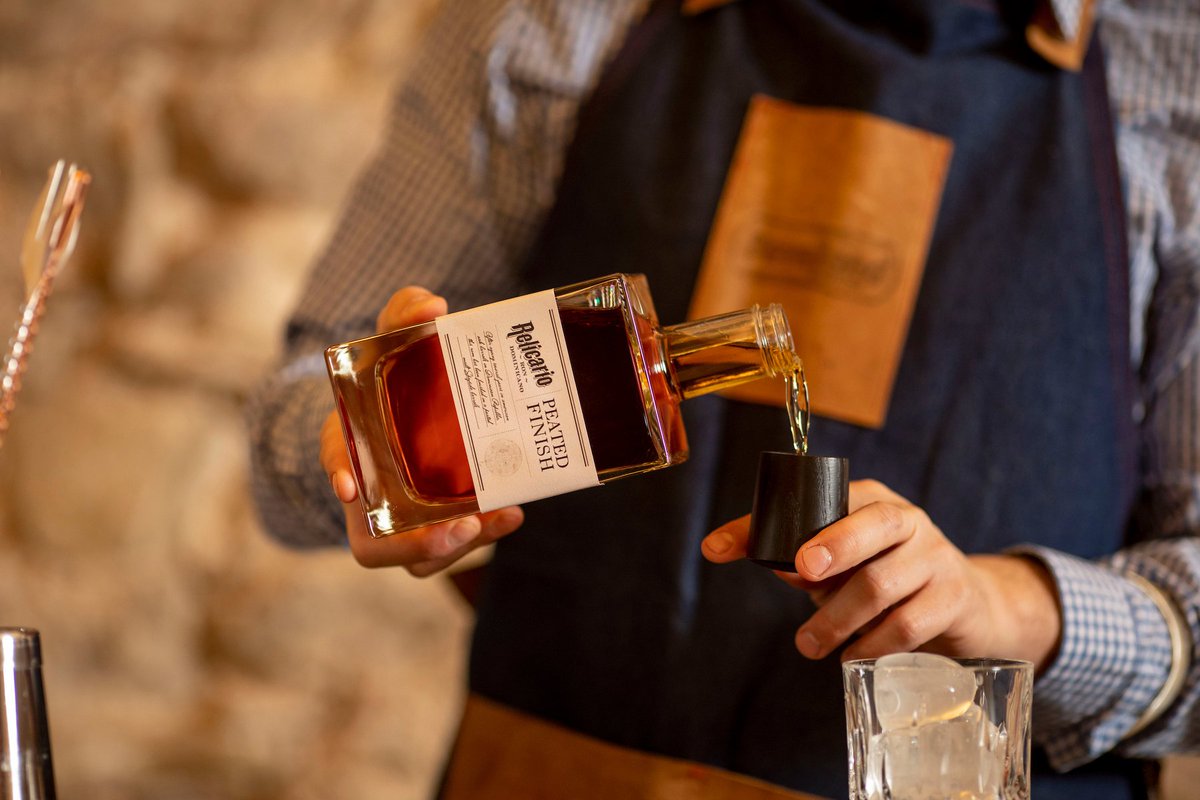 Master of Malt @MasterOfMalt
4 hours ago
Forget the alcopops of the pass, ready-to-drink (RTD) #cocktails are now seriously delicious. 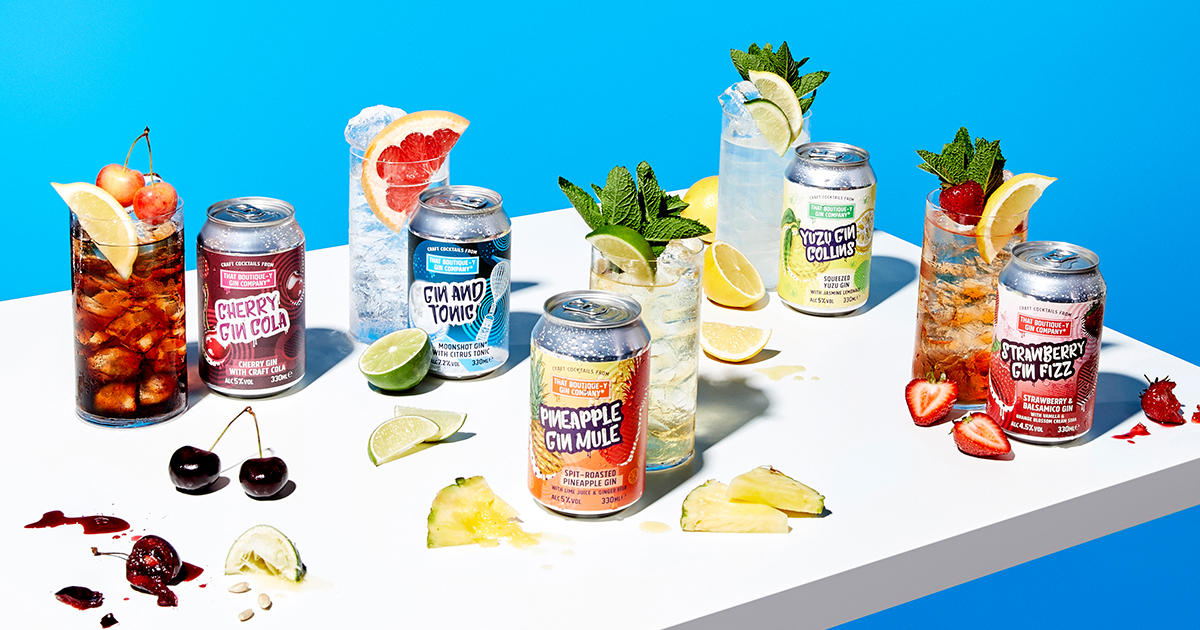 Cocktail of the Week: The Bobby Burns

Behind the scenes at the UK’s first sake brewery