With the news that Amanda Garnham is ‘stepping back’ from her role at the Armagnac Bureau, we talk to the woman who for the past 18 years has been the face of the spirit for the English-speaking world and beyond.

In what sounds like the plot of a film, Amanda Garnham left England with four children between the ages of five months and seven years, two labradors and a husband, and moved to the Gers region in south west France. She had fallen in love with Gascony on a previous visit, so in 1997, speaking very little French, she upped sticks and moved.

They found a derelict farmhouse to renovate, but with her husband returning to England frequently to earn a living, the marriage quickly fell apart. Most people would have given up and returned home, not Garnham. She worked picking fruit, grapes, and maize, and doing some freelance journalism before spotting an opportunity with Armagnac. 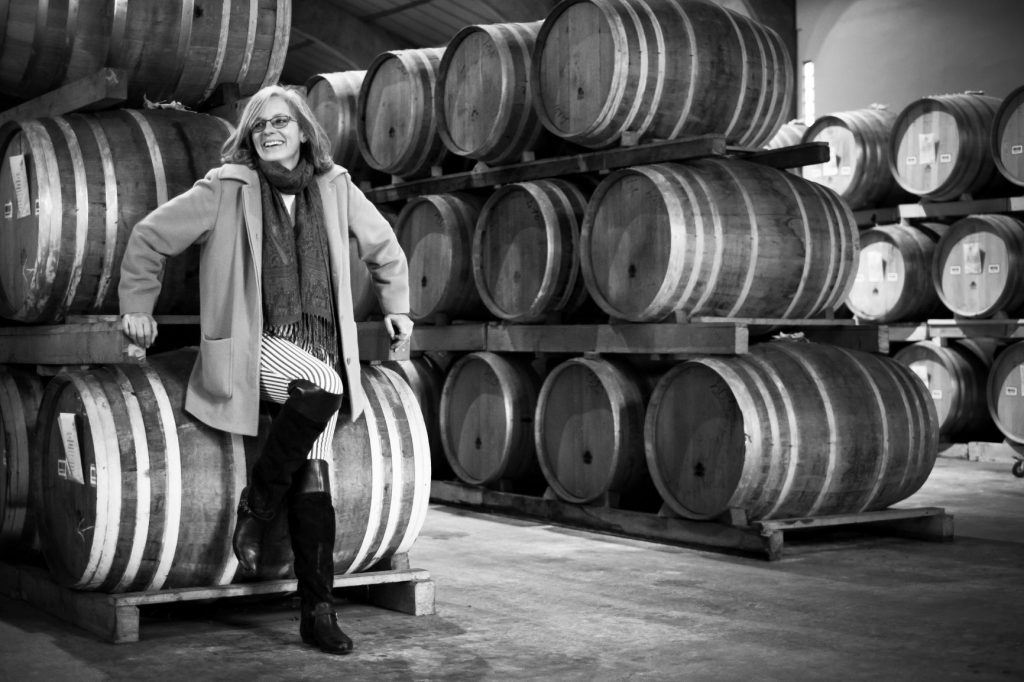 Garnham in her element

Her background in England was in PR and she noticed that “they have a fantastic product but nobody knows about it.” Initially, she submitted a proposal to Janneau, one of the biggest producers, which didn’t work out. A few years later in 2003, when she had built up her French sufficiently, she met with the late Jean Castarède, president of the BNIA, the trade body that represents the region and became press  attaché to the UK. “They took me on and had confidence in me,” she said.

In production terms, Armagnac is tiny, and there’s not a lot of money, so Garnham ended up doing a lot more than handling press. With her deep knowledge of the region and its produce, she was in demand globally to give masterclasses travelling to China, Australia, Hong Kong, and America, as well as regular visits to Britain. She ran Armagnac Academies, training bartenders and journalists in this most fascinating of spirits. Our own Jess Williamson attended one and loved it.

I spoke with Garnham earlier this month via Zoom. Naturally, she was surrounded by Armagnac samples for a spirits competition she was judging. She was full of excitement about having recently been inducted into the Worshipful Company of Distillers in London, one of only three honorary liverymen. Which means that as a freeman of the City of London, she can drive sheep across London Bridge, should she ever want to. She is also an Armagnac musketeer, the highest honour in the region.

But she was also sad to say that she will be leaving her current role at the BNIA after 18 years. She told us she was “boxed into a corner and didn’t agree with the way they were doing things. It had become very political. We’d grown apart in many ways.” 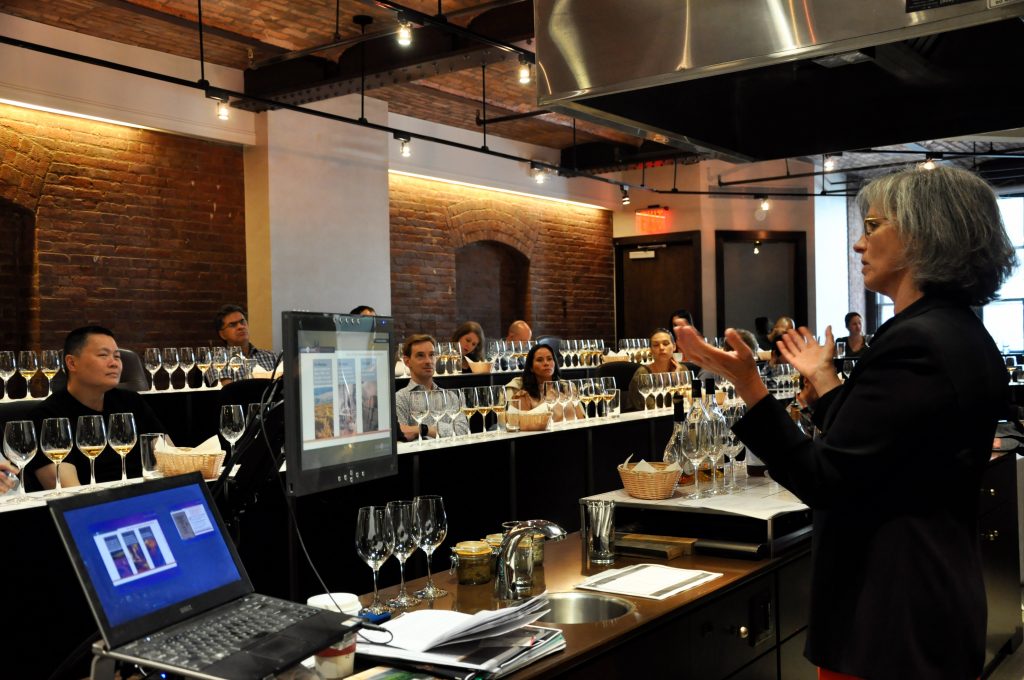 Falling in love with Armagnac

I first met Amanda in 2016 when I was a freelance journalist. We were introduced by MoM columnist Ian Buxton who suggested I might like a trip out to visit to learn about the spirit. I travelled with my wife and due to striking French taxi drivers, we had to get a train from the airport in Toulouse to Condom, the capital of the Armagnac region.

She picked us up from the station in a hire car, apparently her own car was much too rustic for guests. Nevertheless, she looked every inch the stylish English lady, dressed head-to-toe in tweed. Without time for coffee or a rest, we sped towards our first producer Janneau for a tasting. What followed was one of the most intense and enjoyable tasting trips I’d ever been on, visiting six or maybe more producers in two days, learning about and falling in love with the wonders of Armagnac.

At each stop on the packed itinerary, the distiller or owner would come out, usually followed by many dogs, and greet Amanda with huge affection. She was clearly a lot more than just a PR lady for hire. Most of them spoke English but for those who didn’t Amanda would translate with immaculate but charmingly English-accented French.

When not visiting and tasting, Garnham would regale me with stories about her children, her love life, or her Vietnamese pot-bellied pig Peggy. Now sadly deceased. And no, she didn’t eat her.

On my return to England, I wrote an article on Armagnac. But that is not where it ended. Every couple of months, Garnham would be in touch saying, ‘so-and-so publication wants an article, could you write it?’ It turned out to be a lucrative two days for me, and the BNIA also got their money’s worth.

It wasn’t just me, everyone she meets she turns into an Armagnac ambassador. “They become friends or like family”, she said. When the news came in that she was “stepping down”, as she puts it from the BNIA, over 250 people commented on Facebook with their support. 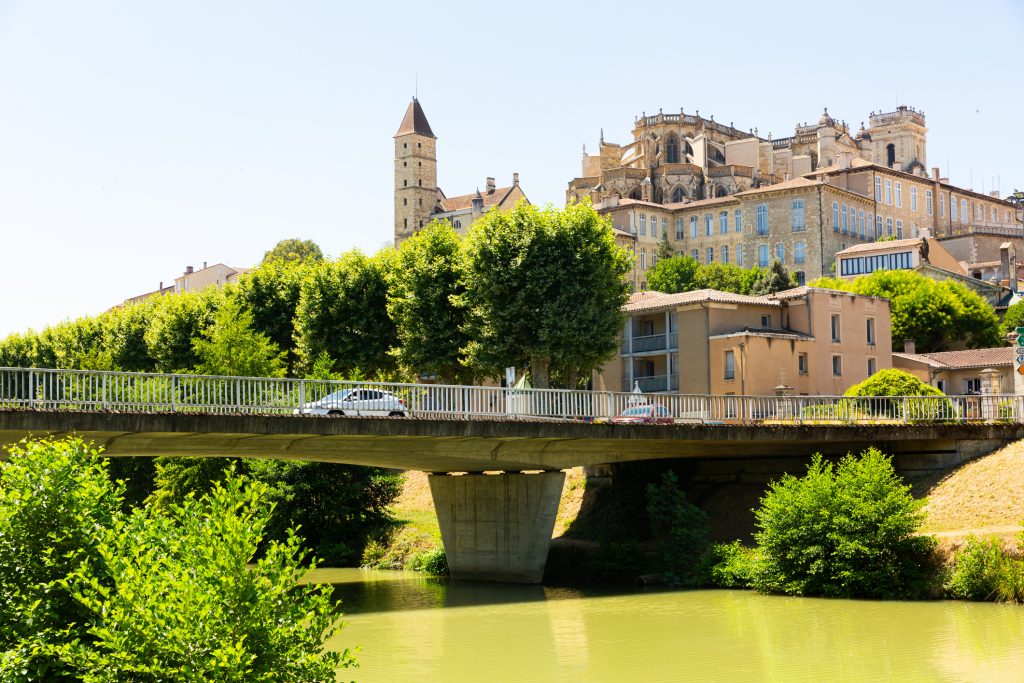 I emailed a few notable people in the drinks world for their views:

Spirits journalist Joel Harrison described her as: “a peerless ambassador for the world’s oldest spirit. The true embodiment of the spirit, Amanda has always been welcoming, warming and full of passion, qualities which will see her future bright, and her legacy long.”

And drinks writer Jessica Mason said: “Amanda was one of the first people to remind me that Armagnac was quite cool. And I don’t mean cool in a fad-laden trend-setting way that so many drinks try to be. I mean cool in that timelessly creative, interesting and stylish way. The Armagnac category has thrived because of her. And I’ll wager there isn’t a drinks journalist who hasn’t been warmed by her character or intrigued by her intellect.”

Meanwhile, Evening Standard drinks writer Douglas Blyde captured the magic of the full Garnham experience: “A tour led by her would take in picturesque, ancient open air laundries, herds of restaurant dish-bound cattle, handsome abbeys and dilapidated chateaux as well as the warm distilleries in the otherwise bleakness of winter. She was also marvellously indiscreet in sharing details of the feuds between locals. Her descriptions of produce and producers were vivid and her generosity with her time and knowledge notable. She made the region come to life for outsiders.”

Garnham still has a business organising private tours of Gascony called Glamour and Gumboots so she’ll continue doing that. But she clearly wants to keep working with the spirit she loves so much. She told me that she may be representing certain grower producers, “to help put them on the map. There’s still lots to be discovered,” she said.

But also as the person who probably knows more about Armagnac and its producers than anyone else in the English-speaking world, someone should snap her up to find and bottle rare casks. The farmhouses of the Gers region are crammed with vintage casks being kept for a rainy day or the right person to persuade the farmer to sell. There’s treasure in them there hills, and Amanda Garnham knows where.