Accessories to elevate your whisky appreciation

Today we are delighted to welcome a guest writer to Master of Malt, Ian Wisniewski author of The Whisky Dictionary which is published this week. Here he argues that the right accessories add a sense of occasion and enhance the enjoyment of your evening (or morning) dram. Take it away, Mr W. . .

Of course, it’s about the taste, but there’s more to drinking whisky than that. It’s also an experience that can be enriched with matching accessories, and elevated into a ritual. When tasting, I arrange everything in the usual manner: glasses in a row, aligned with a water jug (not to dilute whisky but to provide a palate cleanser between sips). With a notebook in position, and a pen on stand-by to write tasting notes, I’m ready to begin.

But rather than pouring from the bottle, the whisky can be transferred into a decanter. This continues a tradition, as before whiskies were sold in bottles (a practise that gathered momentum from the mid-19th century) whisky was purchased on the premises of a grocer or wine and spirit merchant, and dispensed straight from the cask. This meant arriving armed with a jug (or other container), and once the whisky had reached its new home, the whisky was relocated into a decanter. Small labels (also known as tags) stating ‘whisky’ could be hung around the neck of the decanter, for ease of identification, as port, sherry and other favourites were also decanter-ed. Ornate tags, whether silver or porcelain, can be purchased on the antiques circuit, with plenty of streamlined, contemporary options on-line. 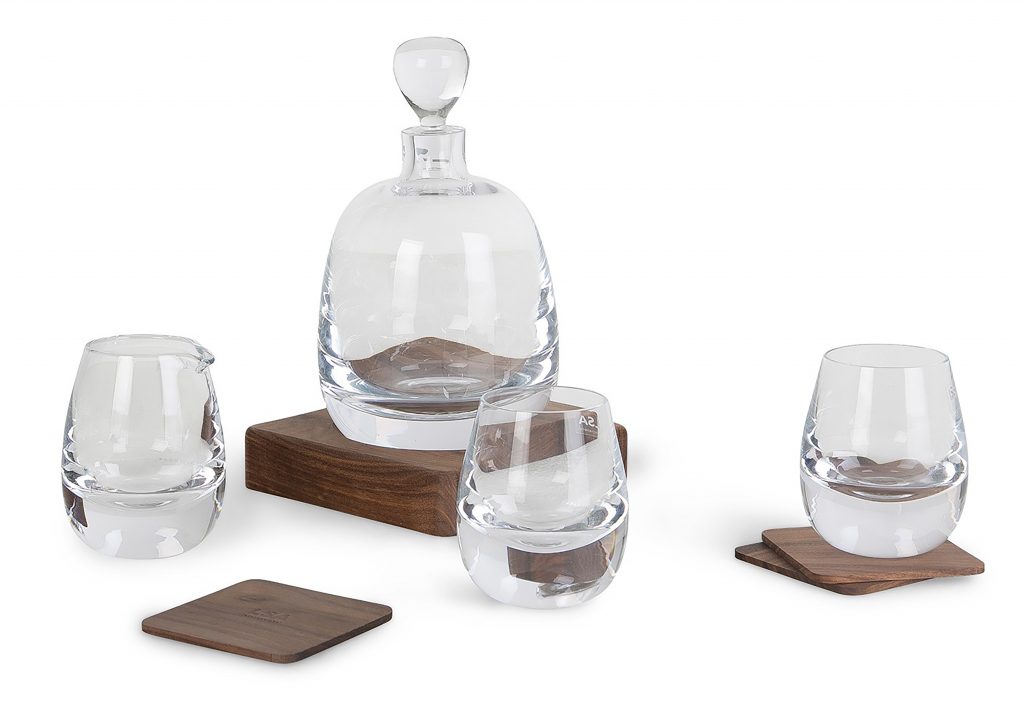 Check out these beauties: Islay Whisky set from LSA at Heals

Dedicated whisky decanters, whether taller and cylindrical, or shorter and shapelier, create a natural sense of elegance, which raises another question of good taste. Does decanting and aeration have an additional influence on the whisky, compared to pouring from a bottle? And if it does, is this considered an improvement ? As ever, it’s a case of conducting experiments and logging results (let’s start a group discussion).

If you take the decanter option, then why not display it in a tantalus, an unusual name which raises the question of etymology. Could this have evolved from the verb to tantalise? It would be appropriate as a tantalus is a case, typically wooden, fitted with a lockable handle that allows the decanters to be displayed while remaining incarcerated. This gives the owner complete control: the whisky doesn’t have to be hidden to protect it from unauthorised consumption. The tantalus was at its peak in the nineteenth century, and numerous examples have survived, ready to be re-homed by antique dealers (not losing the key is vital).

Scotch whisky used to be served exclusively in a quaich. The original drinking vessel, this is effectively an elegant bowl with two lugs (handles). The earliest examples were fashioned from wood in the sixteenth century, with different types of wood used to create patterns. Silver quaichs first appeared in the seventeenth century, and offered more scope for ornamentation with variously shaped lugs, while the bowl could be engraved with a monogram or crest. 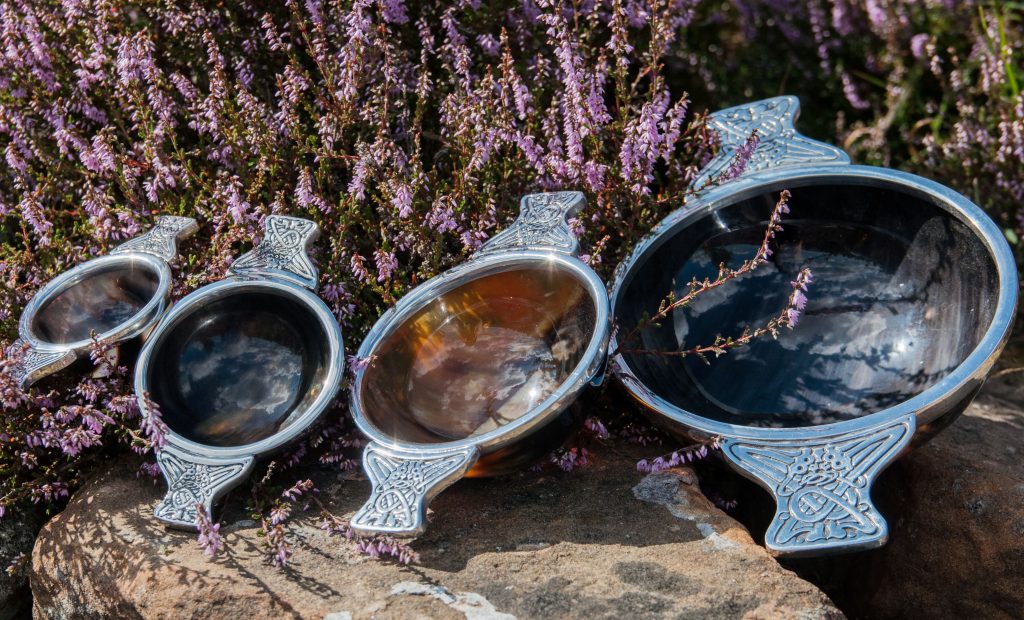 Some lovely quaichs from the Quaich Company

As glassware became less expensive during the nineteenth century, the quaich spent more time on the shelf, and only made an appearance at formal occasions such as a wedding. But quaich-manship continues to thrive in Scotland, with the ‘a la carte’ option being to commission a silver or wooden quaich as a gift, or be presented as a prize.

It’s not always possible to predict when the desire for a malt whisky will assert itself. If it happens once tucked up in bed, there’s no need to get up and head for the drinks cabinet, as a noggin is an ideal bedside companion. Stylish and convenient, this small glass jug with a hinged lid contains a measure of whisky for one person, which hosts traditionally placed on bedside tables for house guests to serve themselves (as required). Noggin is also a traditional term for a quarter of a pint, around 15 cl, and if the noggin is filled to capacity it’s a generous amount.

And there’s no reason why you should ever be stranded without a dram, when a hip flask safeguards against this (a briefcase, handbag, or pocket can easily accommodate). This is why a hip flask is considered an essential accessory by some, and its come a long way since the original design, which was a leather strap that utilised the owner’s hip as a resting place for the flask. A hip flask can also make an aesthetic statement as well as being a status symbol, engraved with a monogram, decorative graphic or motto, with another option being a flask covered in leather, or Harris tweed for an additional Scottish accent.

Hip flasks offer a range of delivery options: the most direct being straight from the opening onto the palate, while some have a cap that unscrews and serves as a drinking cup. Deluxe versions comprise a small case fitted with two flasks and matching cups for sharing with a companion. Or one for each hand.

Adapted from The Whisky Dictionary: An A-Z of whisky from history & heritage to distilling & drinking (Mitchell Beazley) by Ian Wisniewski 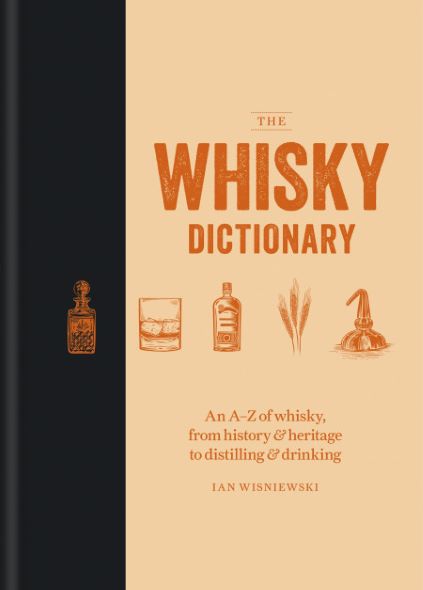 A little learning can be a dangerous thing